If you’re heading for South-East Asia during the rainy season, take an umbrella by all means, but leave your raincoat at home. Unless you fancy having a sauna along with a rainstorm, that is. In fact some people say that’s the only upside of a tropical downpour – at least the rain is warm.

Heralded by a crack of lightning loud enough to wake you and cause your windows to rattle, a tropical rainstorm is something to behold. The raw statistic: “an inch of rain in one hour” does not even begin to describe the experience of being caught out in the open during a sudden deluge. Picture someone upending countless buckets of water over your head; picture wading ankle-deep through water with visibility barely more than an arm’s length in front of you; picture stripping to your underwear before reentering your front door, wringing a cupful of water from each sock. Picture extracting damp banknotes from your sodden wallet and drying them with a hair drier.

Of course travel guide books advise us to avoid visiting a country during its rainy season, but that’s not always possible for a variety of reasons. You may have compelling business reasons. The rainy season may have started a month earlier than usual. Or you may have just plain forgotten when the rainy season is.

The science bit: Why does a monsoon happen

The genesis of the rainy season is the seasonal monsoon, itself generated by temperature differences between the land mass and the ocean. “Monsoon” actually means wind, but that wind brings along with it rain, and lots of it. Monsoons are triggered by the changing position of the sun in relation to the equator. The severity of the monsoon depends on the country’s proximity to the equator and the open sea, and the existence or absence of mountain chains within that country. In addition to the rain, typhoons are a common feature of a monsoon. As are spectacular displays of lightning and widespread flooding. 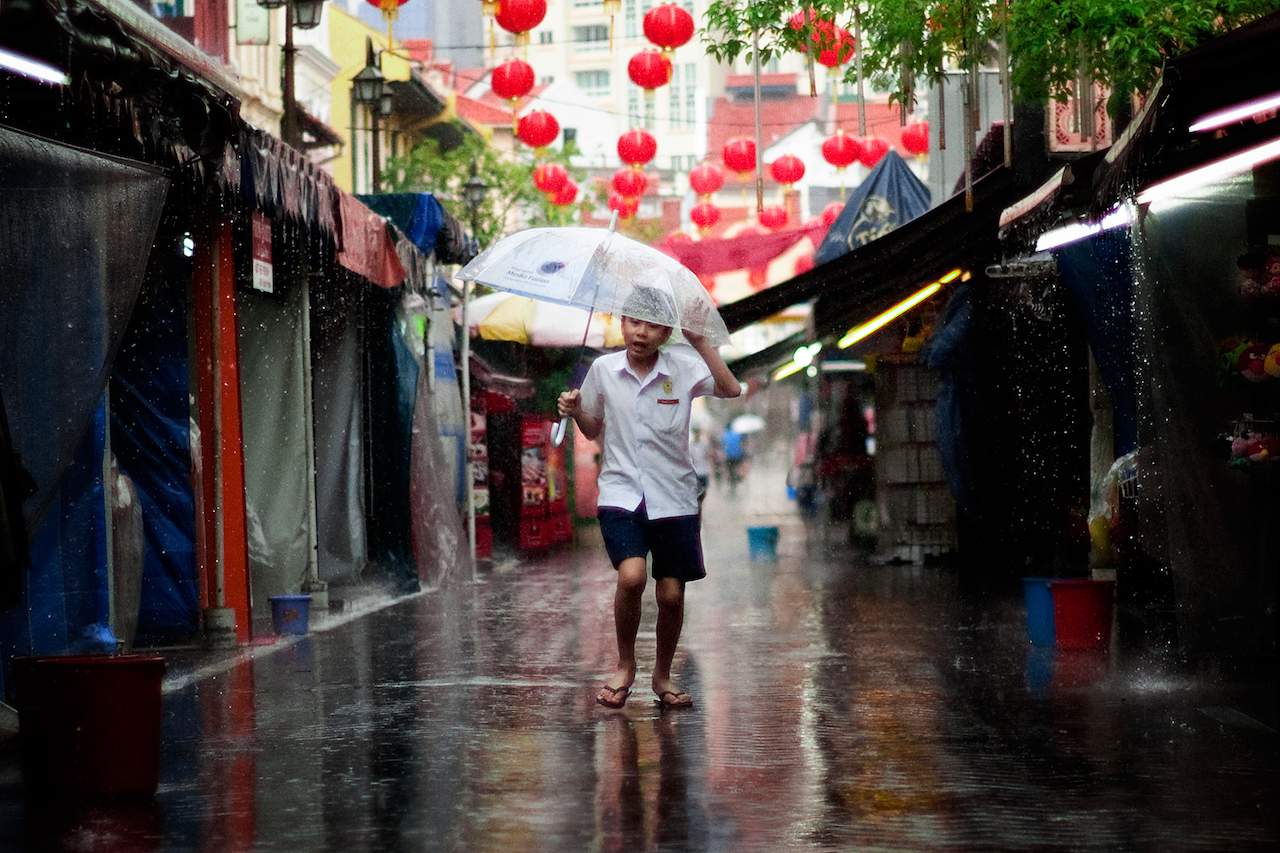 Here’s a country-by-country guide on what to expect during the rainy season.

Rainstorms are fast and furious, accompanied by earsplitting thunder and bolt after bolt of lightning.

Some parts of Bangkok can flood in twenty minutes; floods which take two to three hours to drain away. Critics blame an inadequate drainage system, but then how does one design a drainage system efficient enough to cope with such all-out deluges? Not all floods disperse so quickly. In 2011, when Thailand had 50 per cent more rain than usual, flooding began mid-year in the north, and water from the swollen rivers began to shift southwards, reaching Bangkok a few weeks later. The Chao Phraya river rose to unprecedented levels, flood barriers were overwhelmed, and the floodwaters flowed into the khlongs (canal) and onto the streets of the capital. Within days much of eastern Bangkok was under 80 centimeters (2ft 6in) of water, sending thousands of residents into evacuation centers, and closing down Don Muang airport for six months.

In Cambodia the rainy season is from June to November, with particularly heavy rain in September and October.

In Phnom Penh, the mornings are cloudless and stultifyingly hot. In the afternoons the rain clouds gather, and around sunset the first fat raindrops plop onto the roofs and awnings. At the street-front cafes the waiters and waitresses snatch up table cloths from the tables, and whisk away the seat cushions with practiced efficiency. Then comes the rain. Within seconds streets become fast flowing rivers. As if by magic the endless stream of motorcycles ceases, as riders huddle under shop awnings, bus shelters and trees. Lightning flashes etch freeze-framed pictures of a glistening city onto the retina.

By morning the skies are once again cloudless, the sun as searing and unforgiving as ever.

People find Vietnam’s rainy season not quite as severe as it is in other SE Asian countries. Sure, it buckets down, but rainstorms rarely last more than an hour, and are mostly at night. Flooding is relatively rare.

The weather in Singapore is, in a word, unpredictable. The rainy season is short, from November to December, but over the rest of the year there’s 150mm of rain a month. On rainy days the humidity can reach 100%.

The rainy season is from October to March.

Indonesia’s climate varies from region to region and from year to year; some dry seasons are exactly that, and the arrival of the rainy season is met with relief and jubilation, and in other years tropical showers occur regularly in the afternoons all year round. In Jakarta the rainfall is very localized. You can be standing on one side of the street in brilliant sunshine, while on the other side of the street it’s raining cats and dogs.

Malaysia’s climate is affected by not one but two monsoons. The south-west monsoon occurs between May and September, and the north-east monsoon between November and March. Thus different parts of the country have their wet and dry seasons at different times of the year. On the west coast the wettest months are May to October, while on the east coast the wettest months are from September to December. Kuala Lumpur has two distinct rainy seasons: March to April and September to November.

It should be noted that the seasons listed above are not set in concrete. In this age of global warming, climate change, and regular visits from El Niño, weather patterns are getting increasingly difficult to predict. 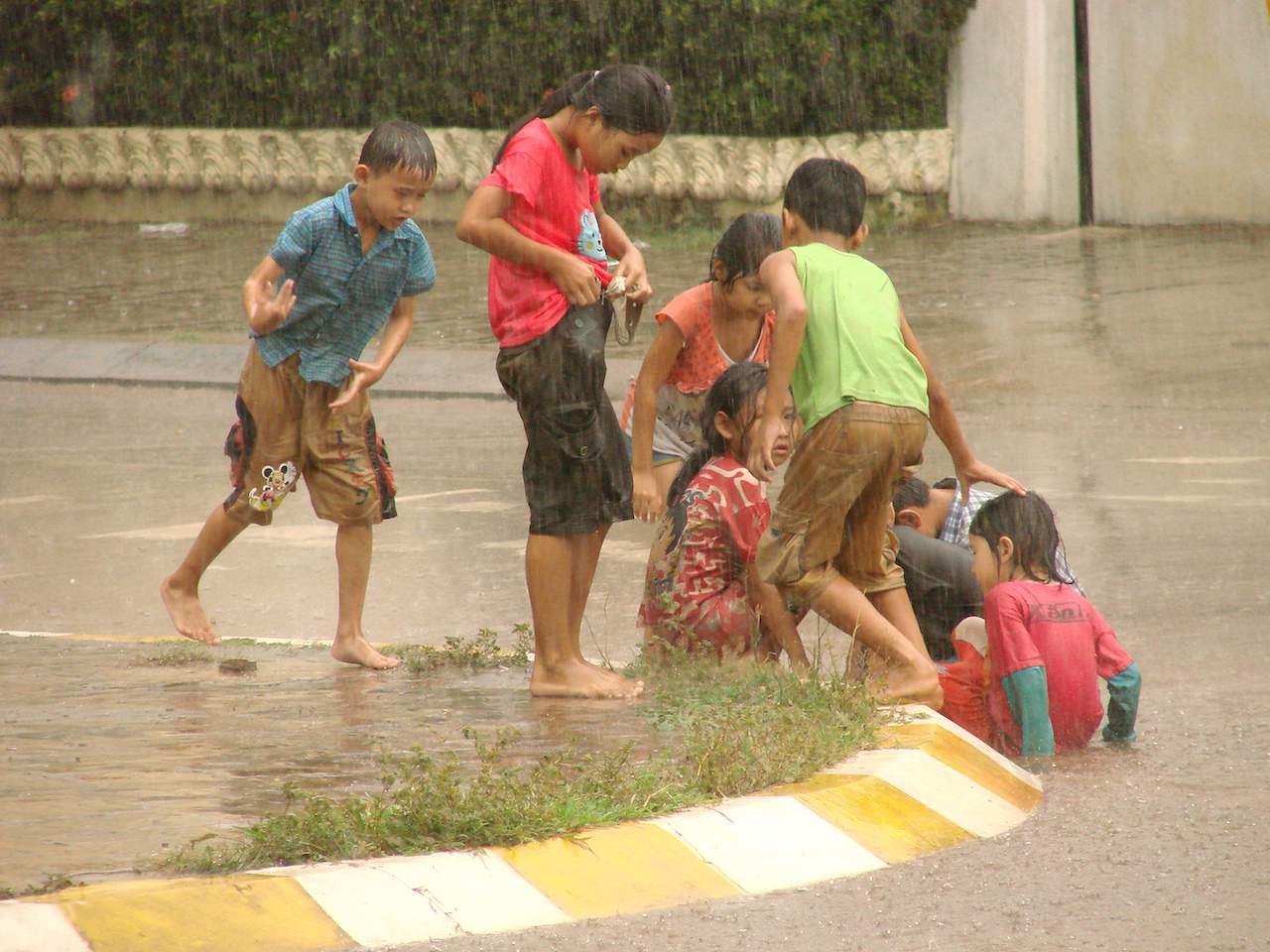 As to the question of whether you should steer clear of countries during their rainy seasons, the answer is: not necessarily so. If your objective is to laze on the beach all day long, don’t go. If you’re on business, yes, go. The rain is but a temporary inconvenience. If you’re on a journey of discovery, yes, why not go. The seasons are part and parcel of what makes countries tick. And, after all, in the words of Ella Fitzgerald: Into each life some rain must fall.

Don Wills has been travelling and writing for more than three decades. His writings have appeared in most major newspapers and travel magazines across Asia. He currently resides in south-east Asia.