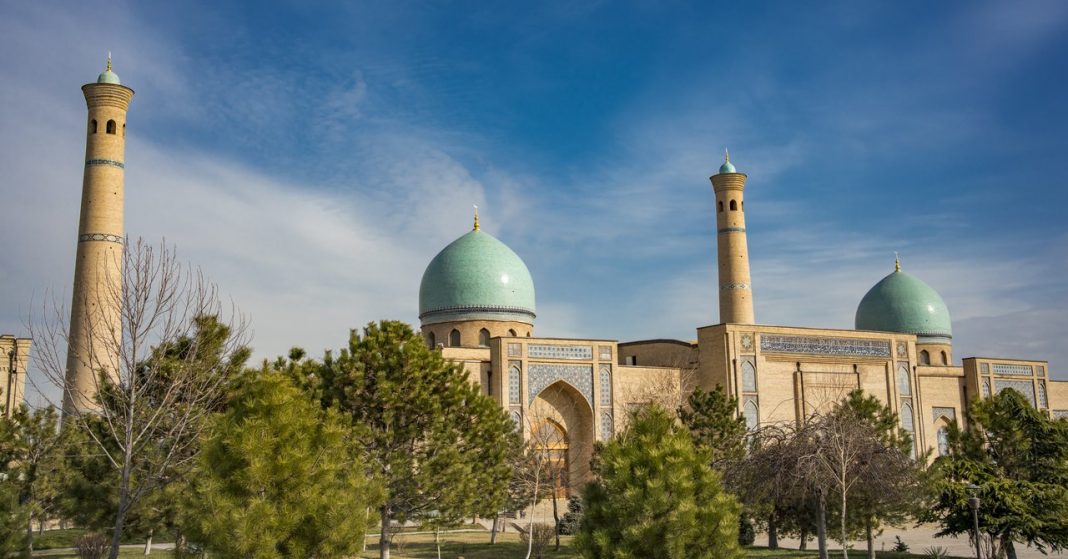 Uzbekistan’s capital Tashkent is the metropolis hub of the Great Silk Road in Central Asia. Its 2,000 years of history has seen Indian spice merchants and Chinese silk-sellers pass through Tashkent’s famous bazaars. And now you can too.

Much of it was destroyed in 1966 thanks to a devastating earthquake, but then the city experienced a range of architectural and cultural transformations during the Soviet period, evidence of which can still be seen today.

There’s never been a better time for adventurous explorers to visit Uzbekistan as the country is relaxing its visa restrictions, opening up borders and throwing its doors open to more mainstream travel.

Must stay at the Hyatt Regency

The Hyatt Regency is Tashkent’s only 5 star hotel and tastefully combines contemporary design and furnishing with eye-catching Uzbek artwork.

There are  300 spacious rooms and a range of facilities for the discerning traveller including four restaurants and bars, state of the art gym, 20m pool and luxurious spa facilities.

Read our full review of the Hyatt Regency Tashkent

Tashkent is a curious mix of stark Soviet city and traditional Uzbek town, with Soviet-era apartment blocks, spacious avenues, modern mosques and haphazard bazaars. The main square, the Amir Timur Square, is a gloriously green and elegant space with a statue of Amir Timur (which replaced a statue of Karl Marx) at its heart.

It is surrounded by various buildings including the snow white building of the International Congress Hall of Uzbekistan, the Amir Timur Museum, the Tashkent Chime (or Clock Towers) and the Hotel Uzbekistan – a typical example of Soviet architecture where everyone would stay in Soviet times in rooms that legends says were bugged.

Must use the Metro

Even getting around Tashkent is an experience; the ornate Metro system has 29 stations that each have their own unique architectural features.

Ride the rails and experience colourful mosaics, sleek granite, ceramic murals and even a cosmonaut themed metro stop [Kosmonavtlar station]. At 1400 Uzbek soms [Approx. 12p] for a ride, it is a ludicrously cheap way of exploring the city.

Probably the most beautiful station is Alisher Navoi named after Uzbekistan’s answer to Shakespeare. It features Islamic architecture rife with arches and domes.

Other stations like the Cosmonaut Station – a nod to the Soviet space mission – features both medieval Islamic astronomers and Soviet astronauts.

For a traditional shopping experience visit Chorsu bazaar, one of the oldest bazaars in Tashkent being 1,200 years old. Under this expansive domed building is where locals come to purchase the week’s aromatic spices, fresh fruit and meat products from neatly arranged stalls.

Stepping inside is guaranteed to give you sensory overload as you inhale the inviting scent of sweet pastries whilst traders enthusiastically beckon you towards gigantic sacks of colourful spices.

The market spills out into the surrounding areas in a more disordered fashion with makeshift stalls selling everything from knives, ceramic owls, carpets and live chickens.

Within walking distance of Chorsu Bazar is Eski-Juva, a trading bazar with a lively, tiled food pavilion.

Wander the rows of stalls filled with an assortment of national food. Amid a wall of chatter and billows of steam, vendors stir, boil and roast all manner of Uzbek cuisine. 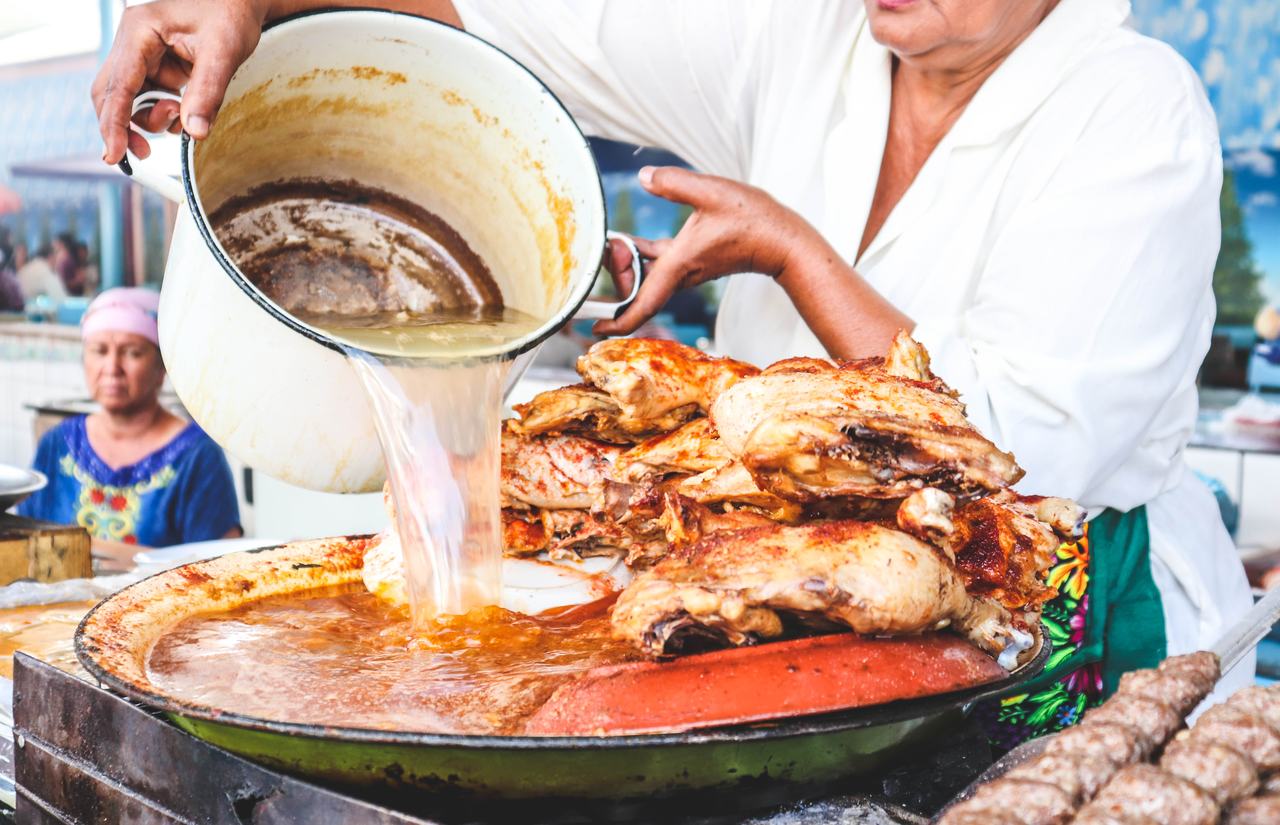 You can sample plov, pastries, dried cheese balls, kebabs and samsa at a very low cost. Once you have ordered, make sure to grab an Uzbek tea and sit on long tables filled with chattering locals to soak up the atmosphere.

Must visit the Human House

The Human House is a rather upscale place to shop for traditional Uzbek art and handicrafts in Tashkent. Owner Lola Saifi sells her own clothing, bags and shoes made in the national style, as well as the works of local designers.

Whist prices are higher than other stores in the city the items on show are utterly exquisite.

If you want to inject some creativity into your trip, there are also unique masterclasses on offer including pottery, basket weaving and felting.

This might sound like an unusual way to end an evening in a city, but the evenings are when Tashkent’s large public parks come to life.

During the summer months funfair rides, fast food stalls and tables full of sparkling trinkets spring up in the larger parks such as Odo Park, Mirzo Ulugbek, and Bobur park.

Locals gather on humid nights in the park to get caricatures, watch their kids spin around on flashing rides and listen to live music. It’s a fantastic place to people watch, buy souvenirs and gorge on hotdogs and popcorn.

Also read: Discovering Uzbekistan: At the centre of the Silk Road