I’m travelling between Beijing and Shanghai, a 1,318 km journey down the Eastern coast of China, the first leg of Rail Discoveries’ 13-day escorted group tour.

I dip my chopsticks into the plastic tray containing beef and mushroom stir fry, fragrant winter melon and glutinous rice, as the LED signs indicate our current speed is 351 km per hour.

Surprisingly there’s no danger of spillage as the train is steady as a rock, a triumph of Chinese technology, and the fastest passenger service in the world.

I arrive in the capital after an overnight flight from London’s Heathrow. Complex preparations are underway for the 70th-anniversary celebrations of the founding of the People’s Republic, and there’s uncertainty about whether we’ll be able to access Tiananmen Square. Police and soldiers are everywhere, setting up barriers and directing the traffic and our guide has to check with the authorities to see what’s open to tourists. 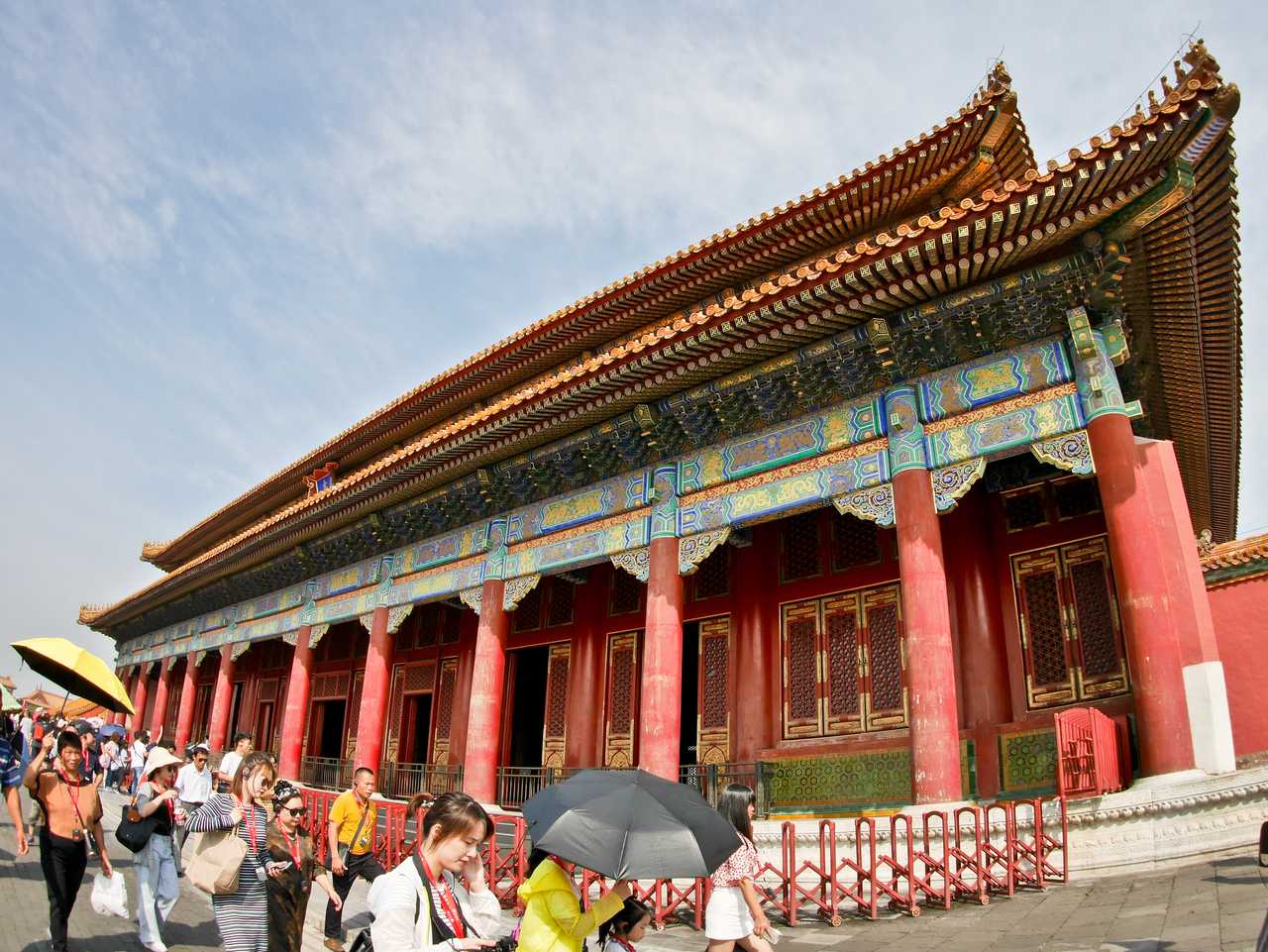 Still, the Forbidden City is open for business, so we join masses of Chinese tourists for a guided tour. It’s an impressive sight, with 980 buildings scattered over 72 hectares. Pathways and bridges link courtyards, residences and temples, all left vacant since the last emperor Puyi abdicated in 1912. It would take days to see it all, but we get the greatest hits in the morning.

A rickshaw ride takes us to see a different kind of housing – Hutongs are narrow alleys connecting the single-storey courtyard residences where once most of Beijing lived. Sadly most have been demolished but, around Shicha Lake, we visit one family who invites us in for a cup of tea. They tell us that the plumbing leaves a lot to be desired, but they prefer living here to the featureless blocks of flats which have replaced them. 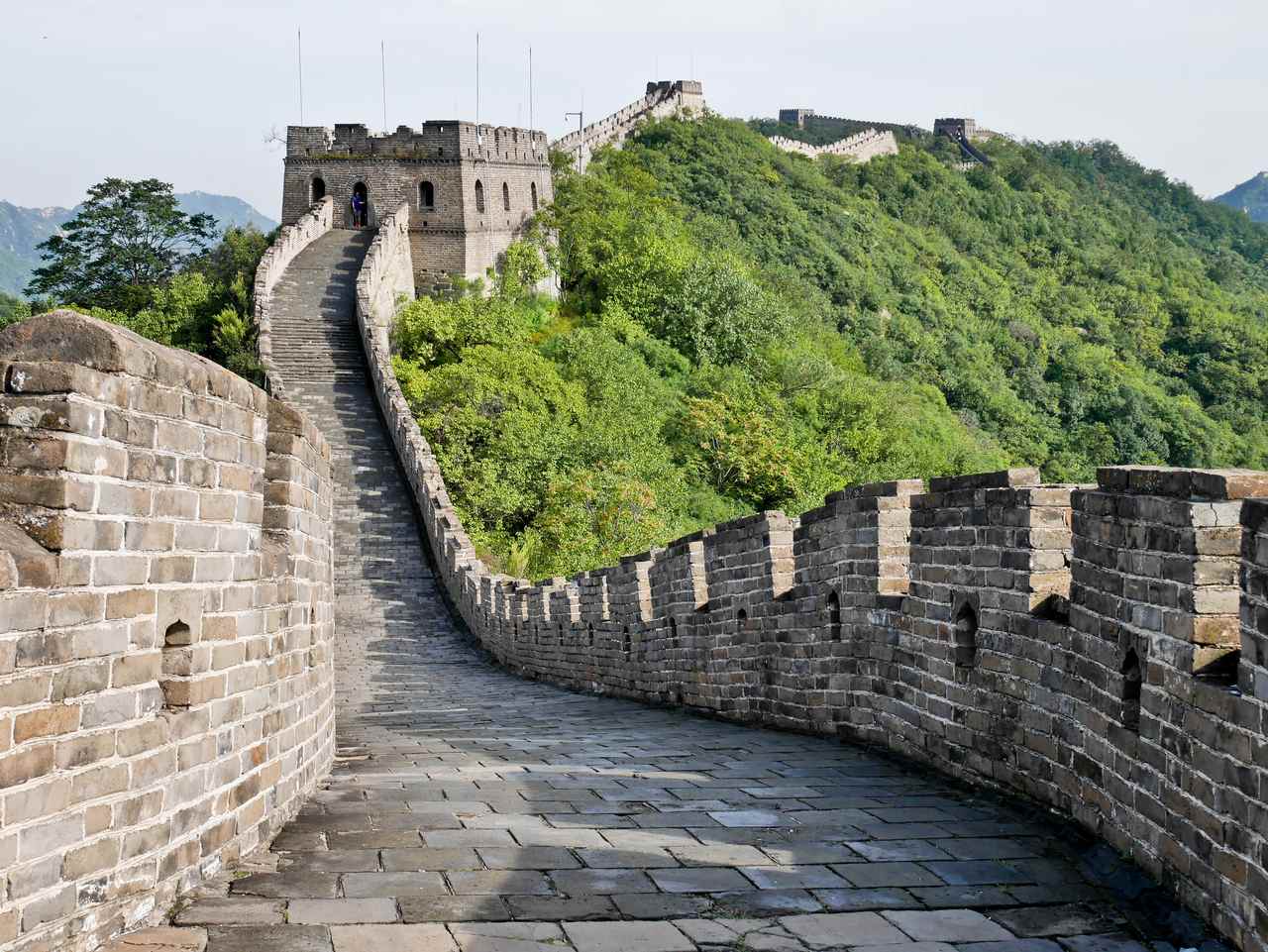 Of course, no trip to China is complete without visiting the Great Wall, and the restored Mutianyu section is only a 90-minute drive north of the capital. Cable cars whisk you up 640 metres to one of the watchtowers, and strangely, there are not so many tourists here. They thin out further as I follow the ramparts 2.5 km uphill, the granite wall straddling the landscape like a giant serpent. By the time I reach the furthest tower and negotiate a steep ladder, I have the wall entirely to myself. 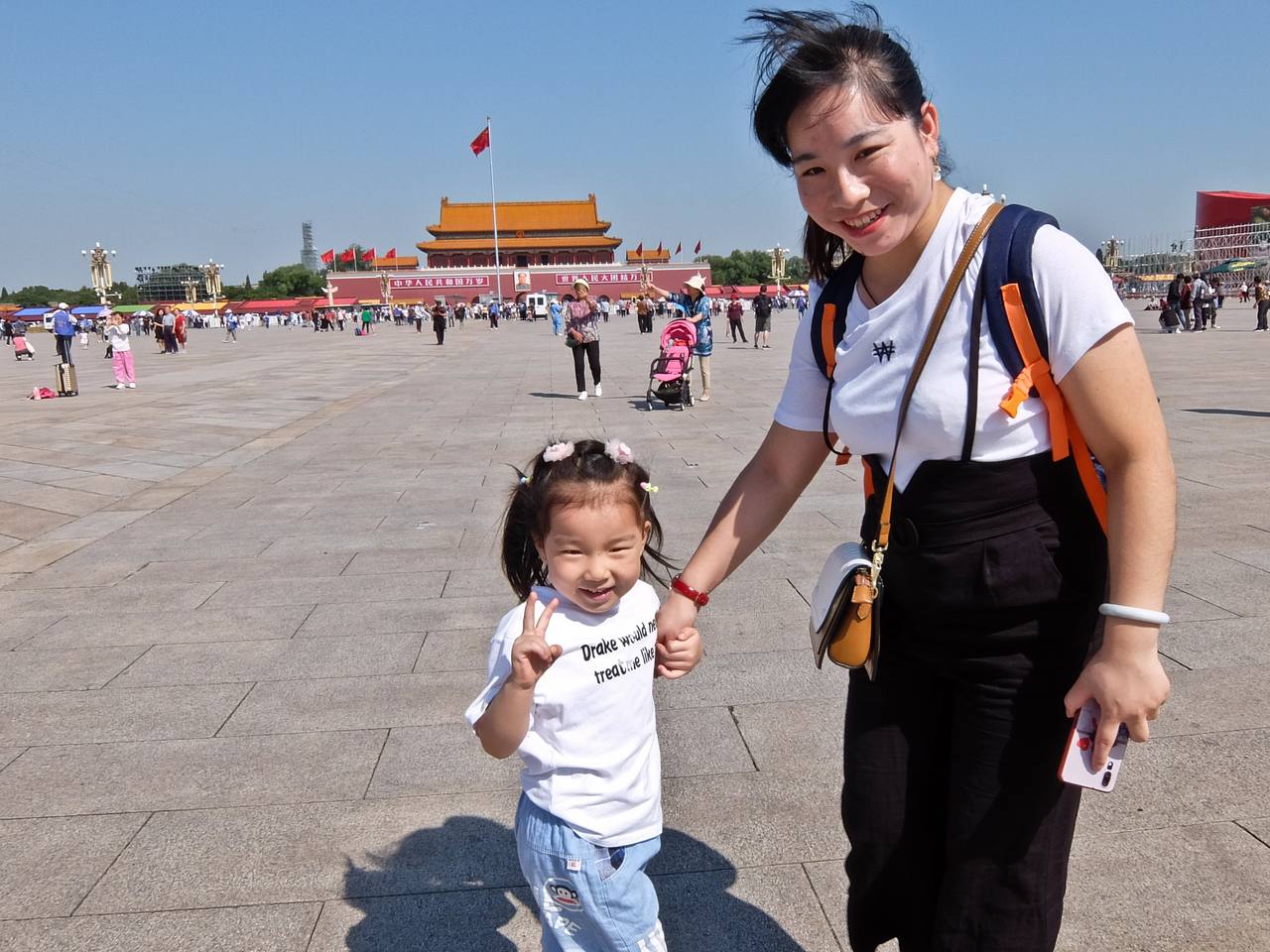 Back in the city, we’ve had word that Tiananmen Square is now open, so we’re whisked through security checkpoints under the gaze of Chairman Mao, his huge portrait hanging from the north gate. There’s no time to visit his mausoleum and since we’re so early, almost have the vast square to ourselves. The few Chinese families are keen to take selfies with us, although on the lampposts above the surveillance cameras are busy clocking our presence.

Beijing South railway station is more like an airport terminal with passport checks and luggage scans before you’re allowed to board. The bullet train takes just four hours and 28 minutes to cover the 1,318 km to Shanghai’s Hongqiao station.

The landscape is all rice fields and blocks of flats with the occasional factory belching smoke. It passes by in a blur.

Whereas Beijing has the air of a stuffy capital city, Shanghai has a different vibe. The energy here is palpably fizzing in the streets filled with designer-clad students, and its cosmopolitan history gives it a more international feel. It was left to languish during the communist years which explains why many old buildings have been preserved.

The Bund and the Huangpu River

My introduction to the city is an evening boat cruise on the Huangpu River. On one side is the famous Bund, lined with early 20th-century art deco and neoclassical buildings. These are dwarfed by the new high rises on the opposite side in Pudong. 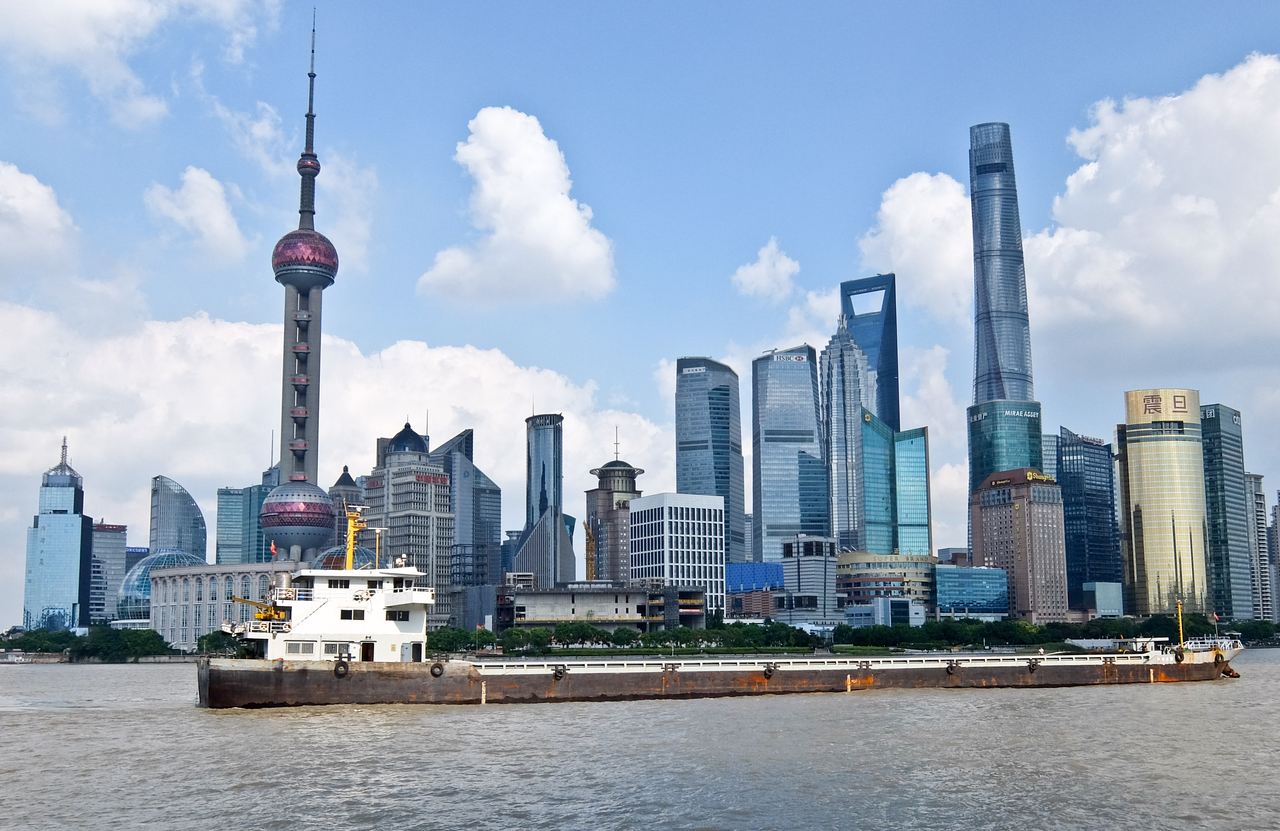 They’re all lit up, and I watch as the lights dance on the bottle-opener top of the 101-storey Shanghai World Financial Centre, rise and fall inside the space ship structure of the Oriental Pearl TV Tower and soar to the sky on China’s tallest building, the twisted glass 632m Shanghai Tower.

The Bund comes into its own during the day and is a pleasant stroll, watching the river traffic.

A pair of bronze lions with Italian marble columns guard the Hongkong & Shanghai Bank Building. Inside, a ceiling mosaic depicts the signs of the zodiac. Charlie Chaplin, George Bernard Shaw and Noel Coward all stayed in the landmark Fairmont Peace Hotel, constructed between 1926 and 1929. The famous old jazz band plays in the art deco lobby on most evenings.

Far more traditional, the Yùyuán Gardens are an oasis of peace in the old city. The Pan family founded them in the 16th century, and after being ransacked during the Opium War, were restored to their former Ming glory.

You enter a giant labyrinth wandering past ornate pavilions connected by shaded walkways lined with flowering rockeries and tranquil carp filled pools. This popular tourist attraction always has a line of Chinese tourists snaking through it.

Next door is the Yùyuán bazaar, a restored shopping area with speciality souvenir shops. The Mid-Lake Pavilion Teahouse was once part of the gardens and is one of China’s most famous teahouses. There’s always a long queue at the Nánxiáng Steamed Bun Restaurant, but you’ll find other tasty morsels to takeaway, all over the bazaar where you can buy things to take home, including all things silk, painted snuff bottles, embroidered paintings and Chinese kites.

For a real glimpse of China, however, I head for Fuxing Park in the former French Concession. It was laid out by the French in 1909 and later used as a parade ground by the Japanese in the 1930s. 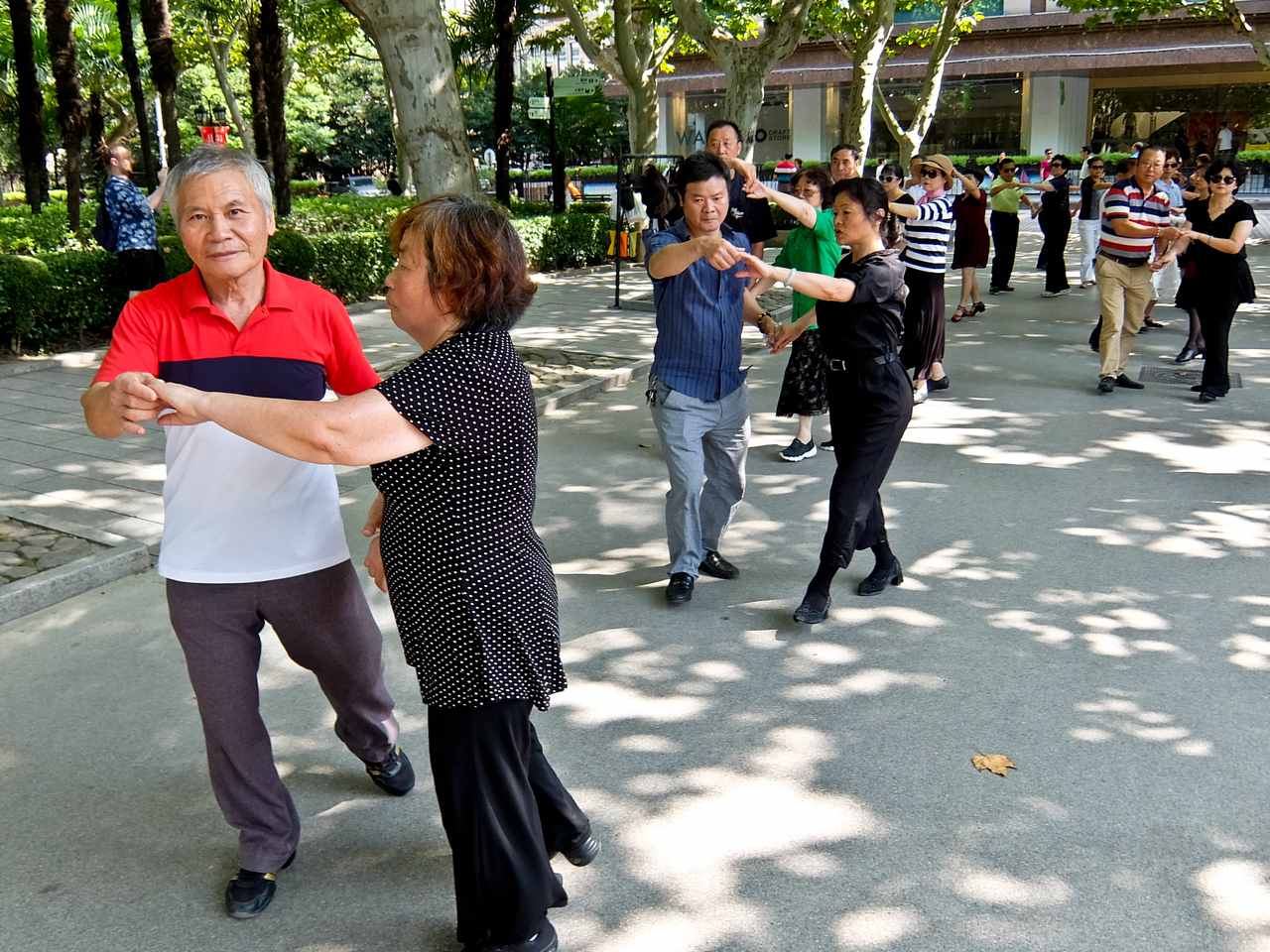 These days it’s a refuge for the elderly as they exercise from early morning under the shade of the Wutong trees. Watched over by a vast twin statue of Marx and Engels, I find them ballroom dancing, practising tai chi, singing together and playing mah-jong. It seems an ideal way to spend your retirement.

Rail Discoveries offers a 13-day Discover China escorted group tour from £2,095 per person. Price includes scheduled flights from London Heathrow, all rail and coach travel, hotel accommodation, Yangtze River cruise, sightseeing tours and excursions, breakfast every day and selected lunches and evening meals. British citizens are responsible for securing a valid visa, which costs £151 per person. You can arrange this through the embassy.