Greece is rarely on the radar when it comes to city breaks. At best, Athens is offered as a brief stopover for agitated cruise shippers to indulge in a blink-and-you-miss-it trek up the Acropolis when their liner docks outside the Greek capital.

But a three-hour flight from the UK will take you to Thessaloniki, the Cinderella of city breaks, and a place just waiting for the moment British tourists will discover its magic.

We arrive on a boiling afternoon – the soaring temperature pleasantly cooled by a salty sea breeze. 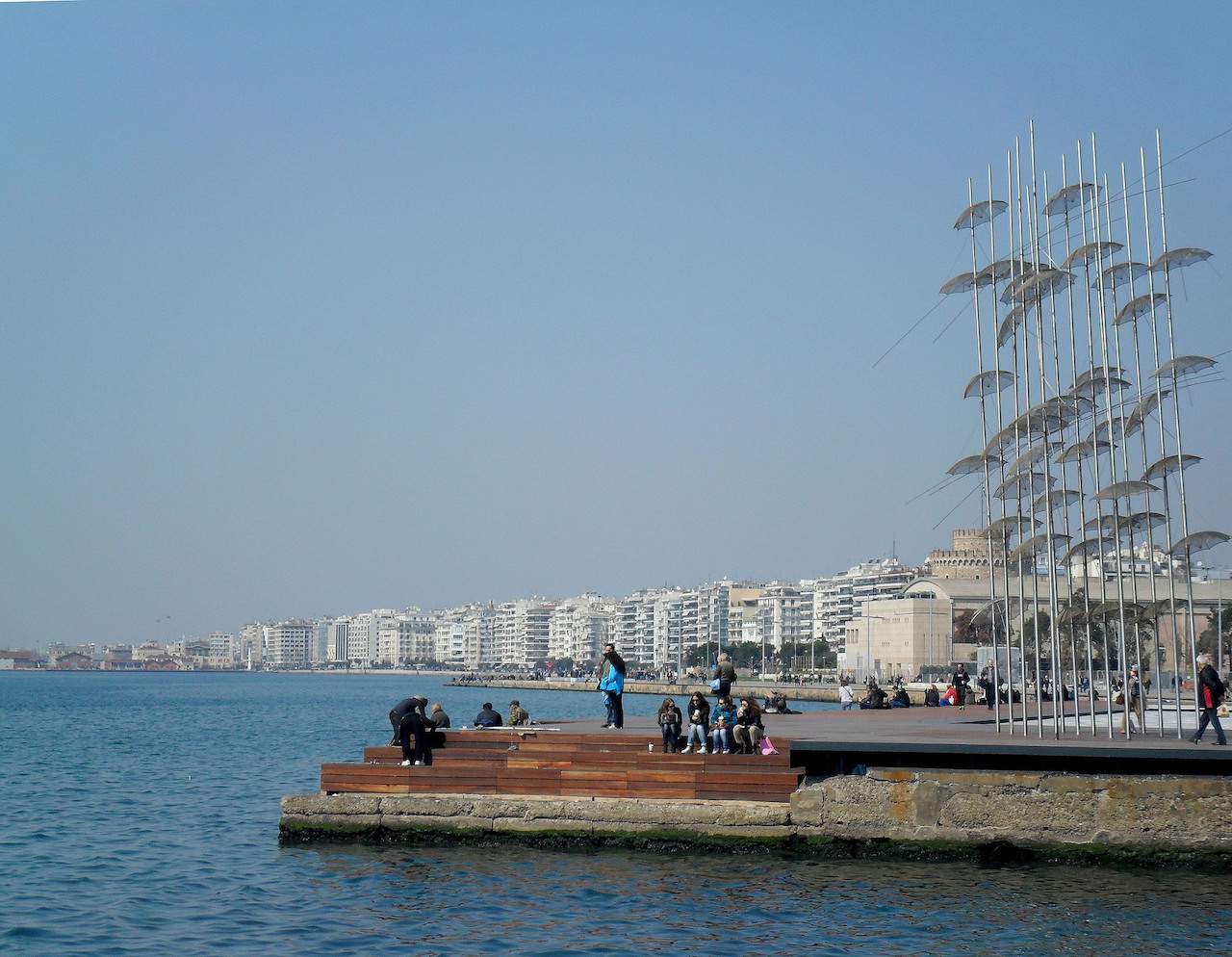 Thessaloniki is a city on the water (c) flickr/Ελένη Δελή

For Thessaloniki is a city on the water. Indeed its heart pulses along the 5km stretch running from the port to its spectacular new waterfront section – a series of themed gardens, statutes and arty sculptures with enough space for pram-pushers, joggers and cyclists to share space.

In fact Thessaloniki is a city you can enjoy on foot or by bike – we did both. Especially since we booked into The Excelsior a super smart five-star boutique hotel just a stone`s throw from the main Aristotelous Square. As well as being super chic, and beautifully located, the hotel also serves its delicious Mediterranean breakfast buffet in an airy rooftop breakfast room. 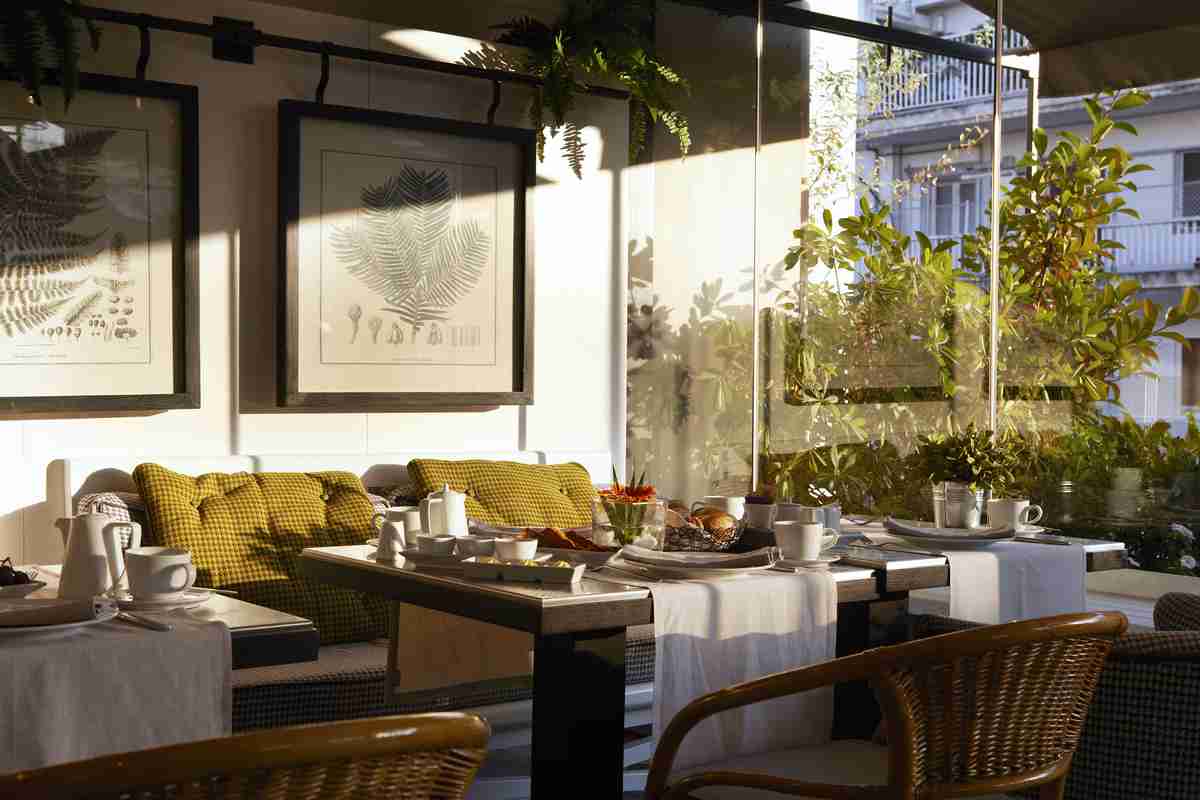 But what to do first – especially since the temptation is to visit one of the many cafes lining the waterfront and simply stare out to sea?

It`s also a tough call since this is a city crammed with history with 15 UNESCO World Heritage Sites and 29 museums. Little wonder that Thessaloniki, founded in 315BC, and the capital of ancient Greek Macedonia, has itself been called an open-air museum.

Saunter around the city to see from the Roman Rotunda, and Agora or market place to the city`s iconic 15th-century White Tower. 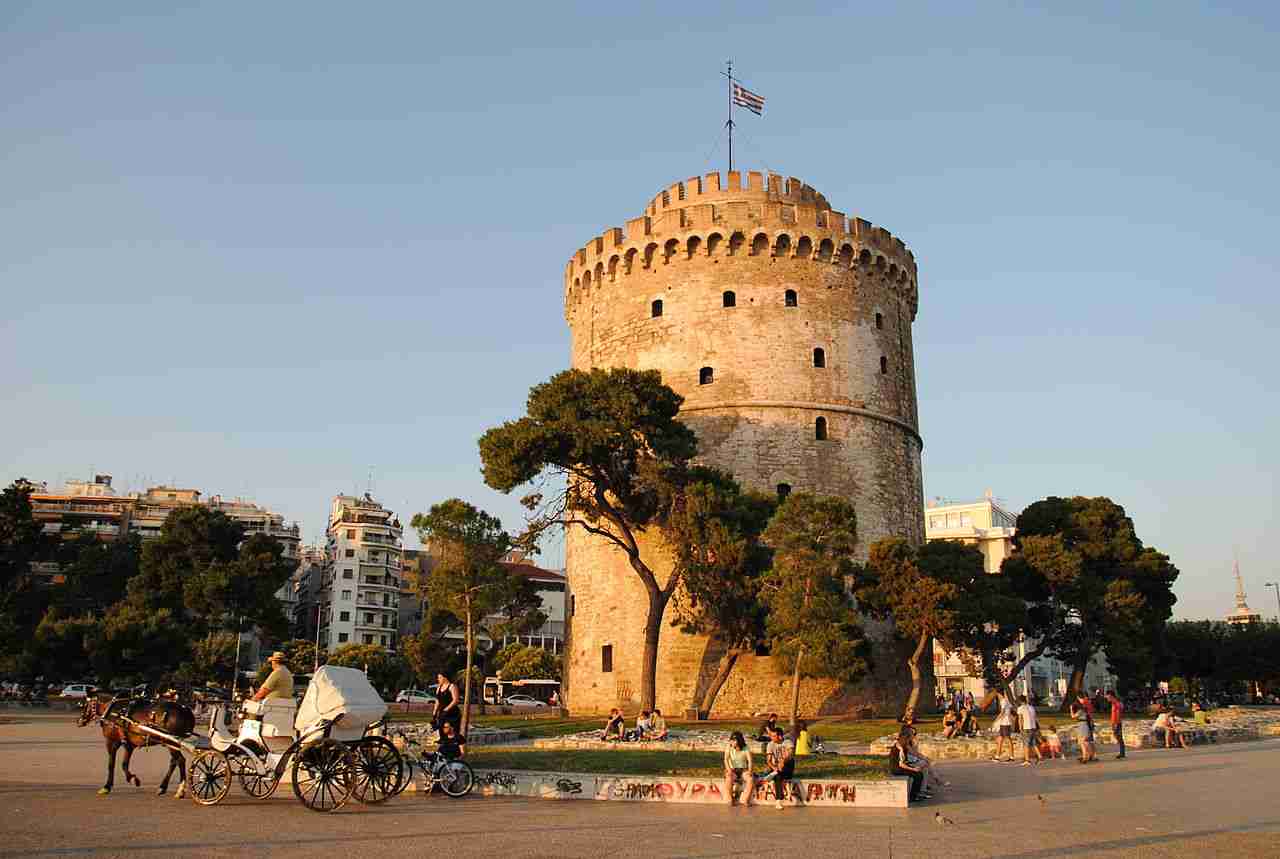 If you want to see the whole city in the laziest way possible, you have to stop at the skyline café and revolving restaurant located at the top of the OTE Tower which offers spectacular views. Although the very slight sensation of movement as you dawdle over your Ouzo is a little strange (though not unpleasant).

Thessaloniki has a youthful verve and energy – in fact, it feels utterly indemnified from the deficit-ridden Greek homeland we read of so frequently. This in part is because of its 170000 students who attend the city`s Aristotle University. 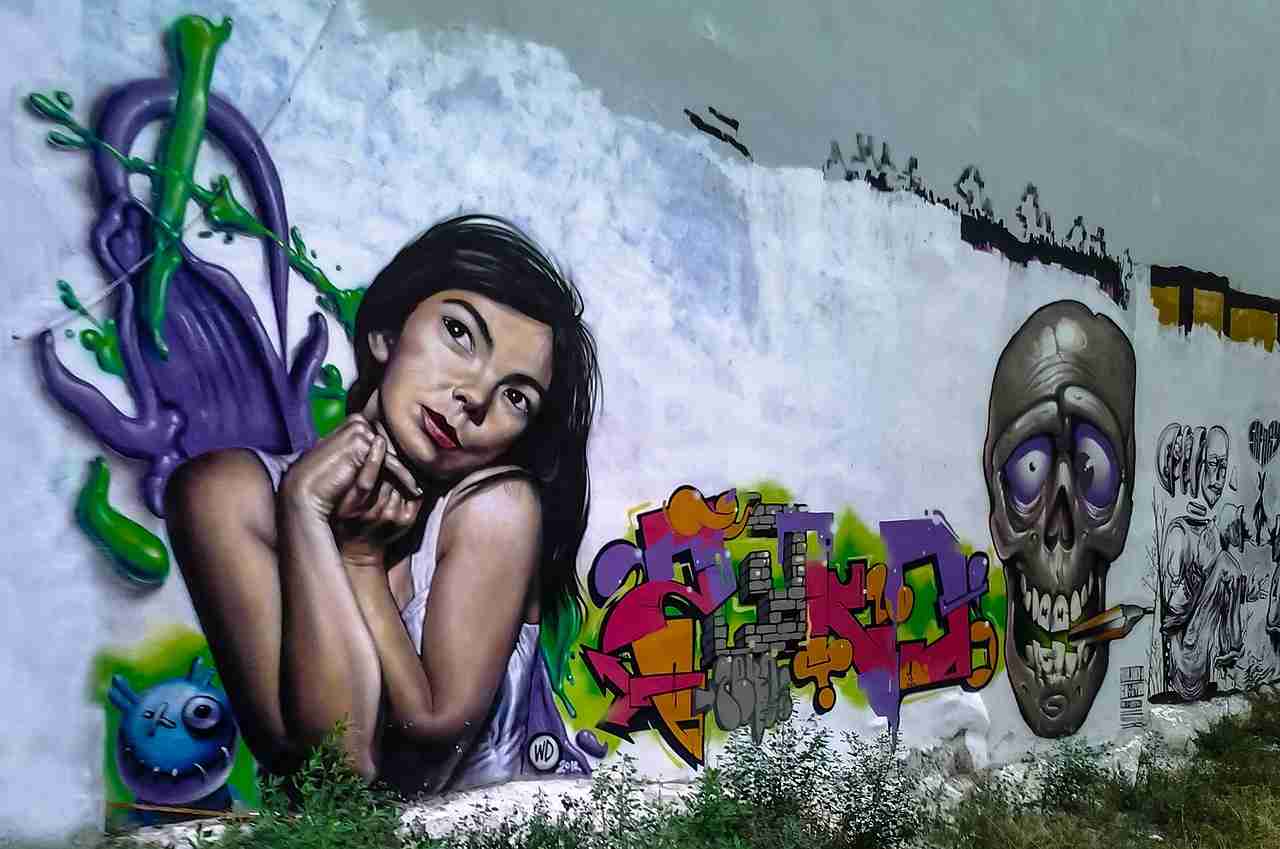 Thessaloniki has a youthful verve and energy (c) pixabay/RzlBrz007700

Just like this mobile population of young people, however, there`s no getting away from the ebb and flow of communities who have lived here in the past.

Perhaps this is most poignantly recalled in the city`s Jewish Museum. For once Thessaloniki was home to a huge Jewish community with a presence in so many areas of the city`s commercial interests including textiles, and newspapers.

However the city`s Jewish population was decimated by the Nazi`s in 1942 – and indeed a Holocaust memorial sits next to Eleftherias Square where the Jews were rounded up one boiling July afternoon and subsequently deported to Auschwitz. Standing there as we did – the square is now a car park – it`s hard to imagine the horrors of that terrible time. 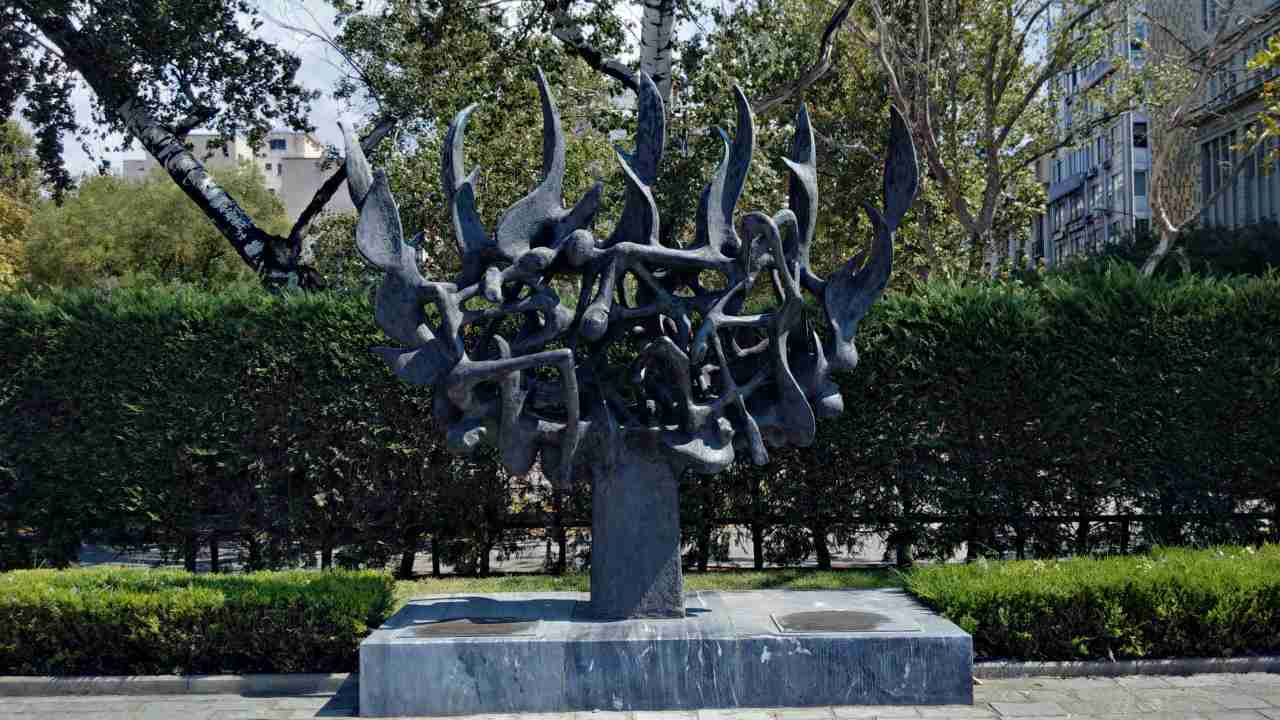 Of course, all this walking made us constantly hungry. But Thessaloniki`s cuisine will not disappoint either in choice or variety. There`s an abundance of fish dishes because of the city`s maritime location. Though our hotel restaurant also drew us in with its contemporary menu of American, British and Greek food.

READ ALSO: Which of the Cyclades Islands in Greece should you visit?

Meanwhile the city`s bakeries tempt with delicacies such as trigon panoramas – triangular pastries filled with cream.

Perhaps most memorable of all were the people. Charming, warm and inviting, everywhere we went the Thessalonians offered us a wonderful welcome.

Food, history, gorgeous weather and Hellenic hospitality. Thessaloniki is the city break waiting to be discovered. Who knows, you might even want to stay longer. We most certainly did.

Disclaimer: This article was sponsored by Jet2holidays and has been updated since it was first published on September 14th, 2016.