Though it is not the world’s biggest country, Costa Rica has five percent of the world’s biodiversity, across four mountain ranges, 800 miles of coastline, 200 volcanic formations and hundreds of national parks, that are easy to get to from the capital, San Jose.

One day you could be climbing through cloud forest and the next be visiting an active volcano, and later taking time out relaxing on a pristine white beach or bathing in natural hot springs and living the cowboy life on a working ranch.

But most people head here to get close to wildlife, notably cuddly sloths, white faced capuchin monkeys, howler monkeys and hundreds of tropical birds including the gorgeous quetzal – called by some birdwatchers the most beautiful bird in the world.

Costa Rica prides itself on its green credentials and this, together with its peaceful democracy (it has had no army since 1948) and abundance of natural beauty has earned it the accolade of one of ‘the world’s happiest countries’. 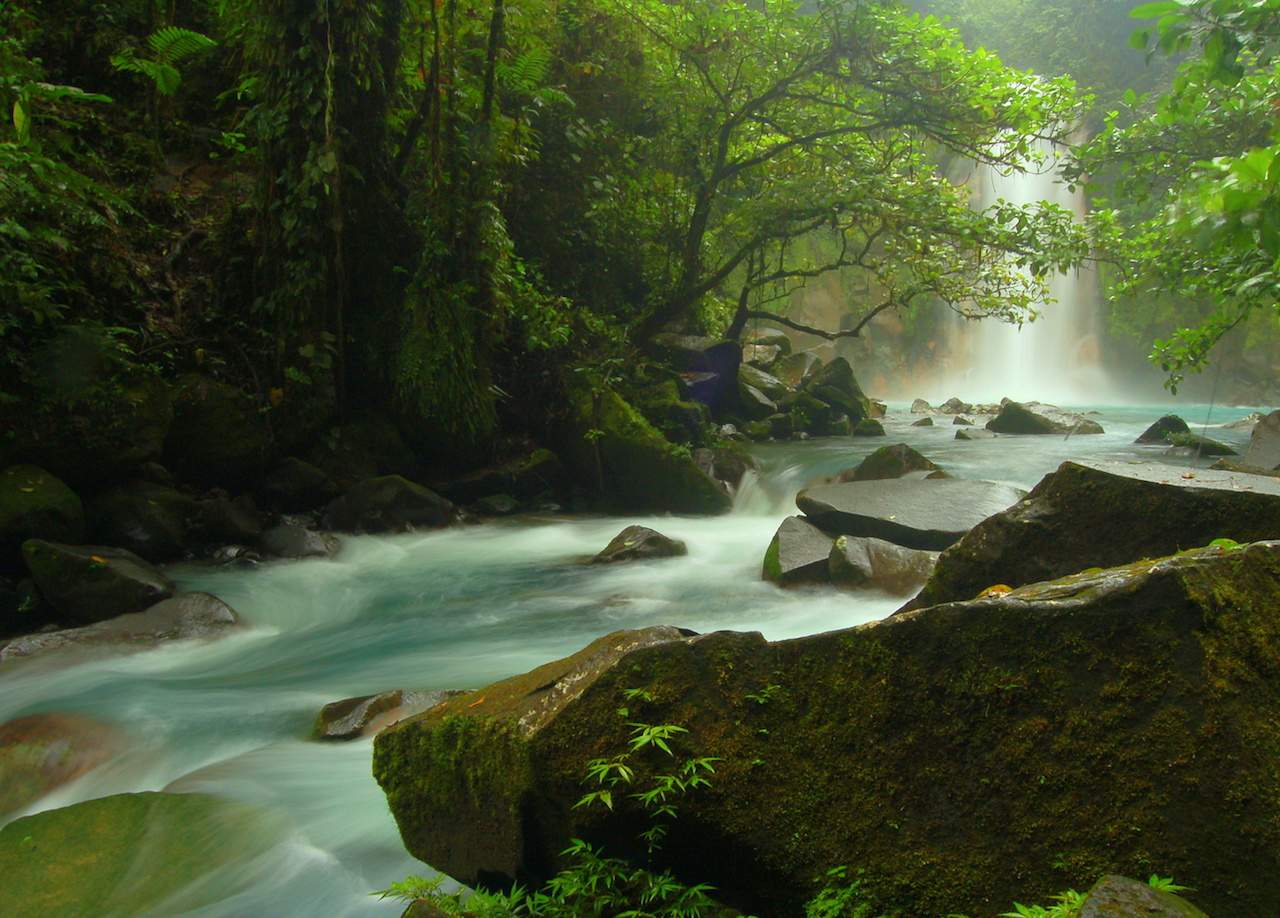 Get close to nature and spend some time in one of the country’s eco-lodges. They are found throughout Costa Rica, many in lush jungle in the famous Osa Peninsula. Increasingly sophisticated with good food, stylish accommodation in wood cabins and the opportunity to experience nature first-hand, they allow visitors to make minimal impact without sacrificing creature comforts. Early morning tours let you see the rainforest and leisurely kayak tours take you past rich mangrove forests alive with snakes, crocodiles, monkeys galore, sloths, toucans and parrots.

Many offer activities including fishing, yoga and chocolate making. Using beans from the forest, the staff at one lodge, which is built on the site of a disused cocoa plantation, shows guests how to peel, roast and grind the cocoa before cooking with sugar to make a delicious chocolate paste which can be rolled or formed into lovely sweets. They taste best washed down with a cup of finest Costa Rican coffee. 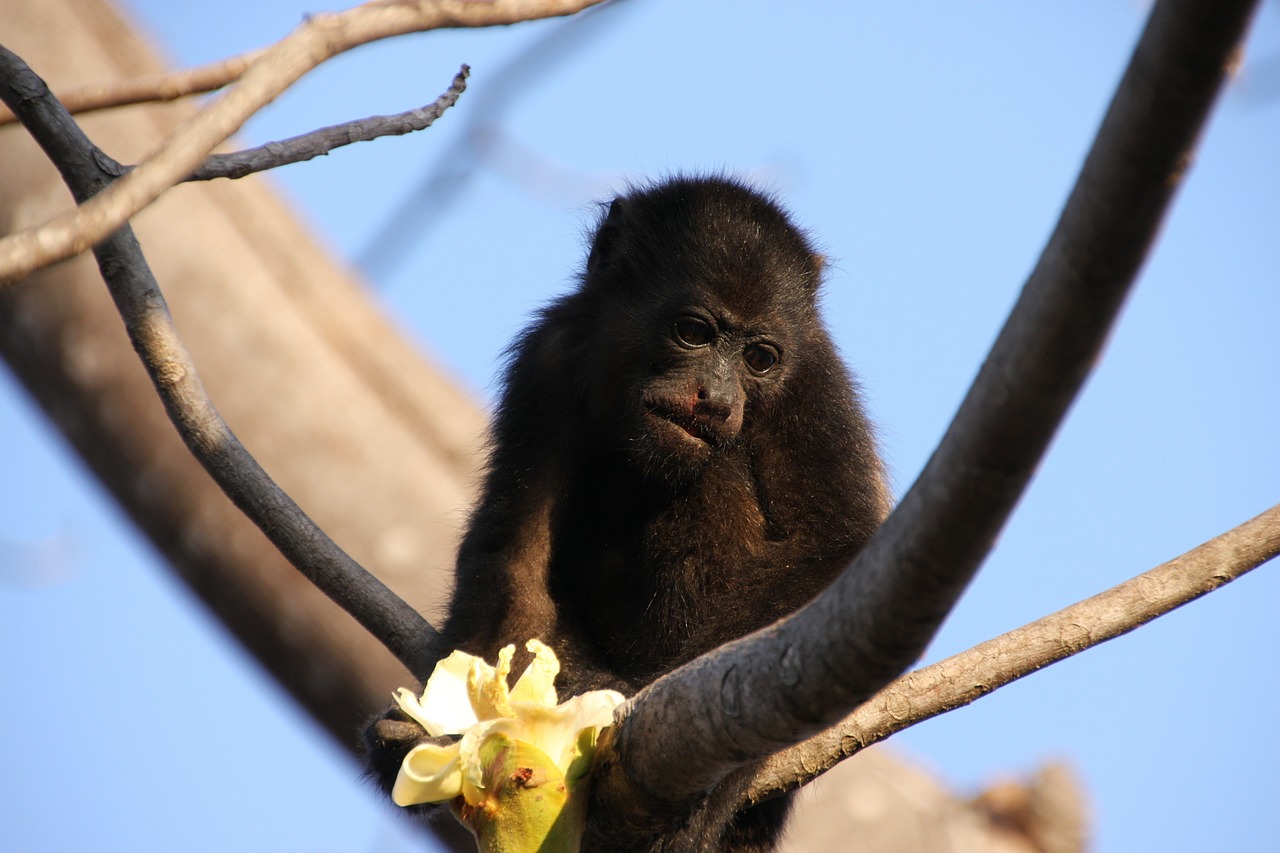 Monteverde’s rare ecosystem is internationally famous as one of the most extensive cloud forests in Central America. At 5,900ft, this natural sanctuary has more than 2,500 different types of plants and animals, including 400 species of birds. Guided natural history walks take you through the Monteverde Reserve which is home to jaguars and pumas. There’s also a zip-line tour of the reserve where you look down on mammals such as the fuzzy martilla. But the best way to see the lush cloud forest and its inhabitants is by walking on hanging bridges which take you alongside the canopy of trees.

In the early 1950s, a group of Quakers from the United States left their homes in Alabama and arrived in Monteverde at a time when the region was just beginning to be settled. The Quakers, fleeing the United States to avoid being drafted into the Korean War, and attracted by the fact that Costa Rica had no army, established a simple life in Monteverde centred on dairy and cheese production. Some of these families helped establish the Monteverde and Santa Elena Cloud Forest Reserves some 20 years later. To this day they have an influence on the region, including owning hotels. The pretty town of St Elena looks like a Swiss village nestling beneath the misty mountains and has lively restaurants, hostels and bars filled with hikers and bird spotters.

Home on the Ranch 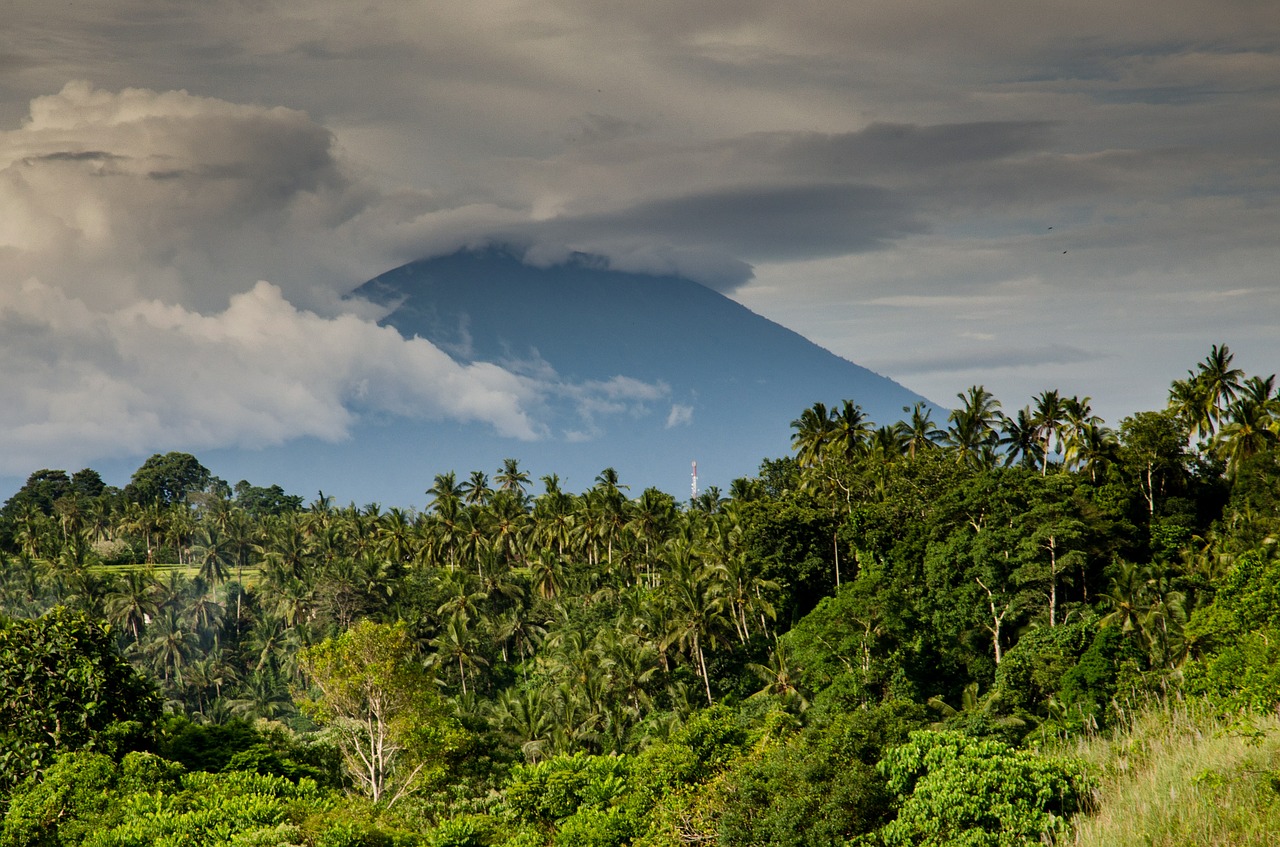 The cattle ranching region of Guanacaste is also home to the Rincon de la Vieja volcano, a thermally active area. Adventure junkies will thrive on the activities on offer here from zip wires, Tarzan swings, white water rafting, canyoning, tubing and horseback riding after which a dip in the hot natural springs provides a welcome relief to aching limbs. On the edge of the national park wannabe cowboys can stay at working cattle ranches with real hacienda style accommodation available and all the adventure tours on the doorstep.

Surfs Up – Head to the Beach 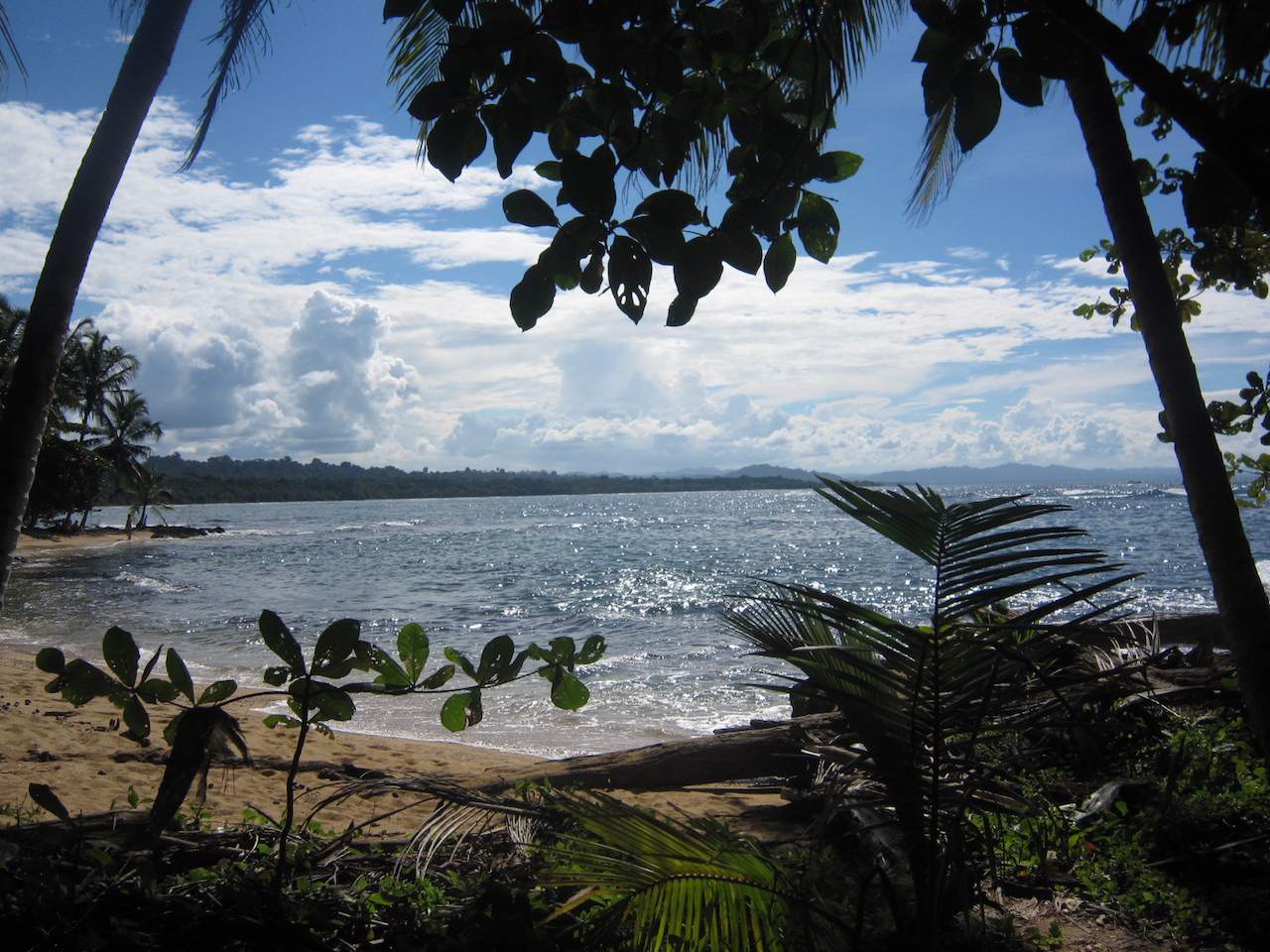 The Pacific Coast has some beautiful beaches with conditions that offer some of the best surfing in this part of the world. Towns such as Nosara are packed with bright driftwood signs pointing to surf shacks and sunset bars. Beaches have an abandoned Robinson-Crusoe feel with rickety shelters constructed from wood and sticks with covers of dried palm leaves. There are some upmarket resorts in this part of the country with Hollywood celebrities spotted sipping cocktails and admiring the views.

Costa Rica also has a Caribbean coastline, which has a different atmosphere with a cultural mix of Afro Caribbean, Tico (the name Costa Ricans give themselves) and old hippy vibe. Puerto Viejo has recently become a hit with tourists and has stunning white-sand beaches, tropical vegetation and is close to parks including a Sloth sanctuary.

For a heady dose of escapism, Drake Bay, set in the remote Osa Peninsula in southwestern Costa Rica is in viewing distance of Corcovado National Park, one of the country’s most biodiverse rainforests. Surrounded by lush fauna and flora the bay is a wonderful place to relax and unwind as the warm ocean gently laps against the sand.

Adventure seekers should join the jungle wildlife tour by night or go hiking to the secluded beach of Playa San Josecito. 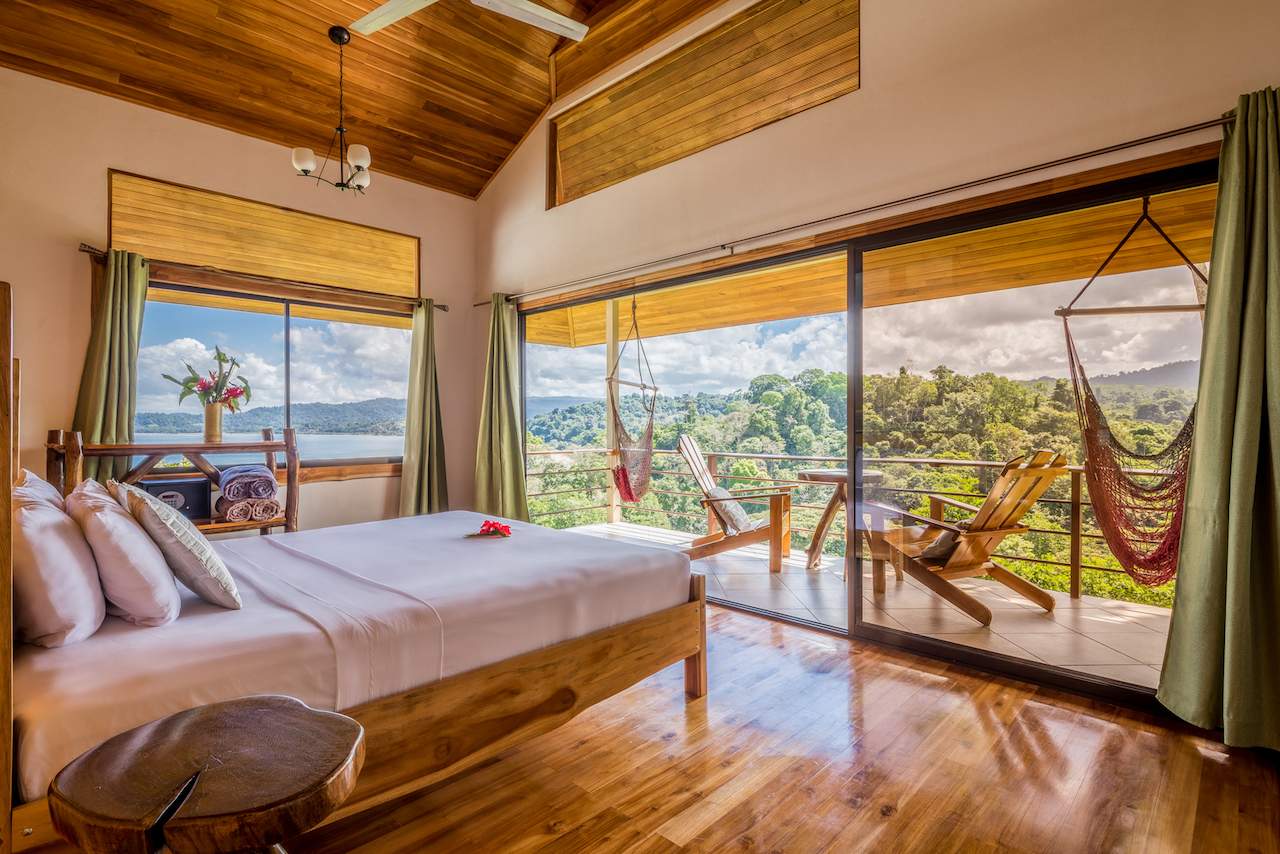 A room with a view (c) Drake Bay Getaway Resort

Where to stay: Drake Bay has five cabins at the 5-star Drake Bay Getaway Resort. The cabins, which are named after local flora and fauna, are built on stilts overlooking the bay and are made from sustainably grown local teak. The owners, Patrick and Yens, are on hand to provide guidance on nearby activities (which can all be booked through the hotel) and advice on travelling to and from the area, which can be a little challenging. All meals are included and are comprised of local ingredients, such as yellowfin tuna and fresh fruit to make proper smoothies which are deliciously addictive. Prices start from £410 per night, including meals, laundry service, local transfers to the hotel and unlimited specialty coffee drinks and fresh fruit smoothies.

The Way to San Jose 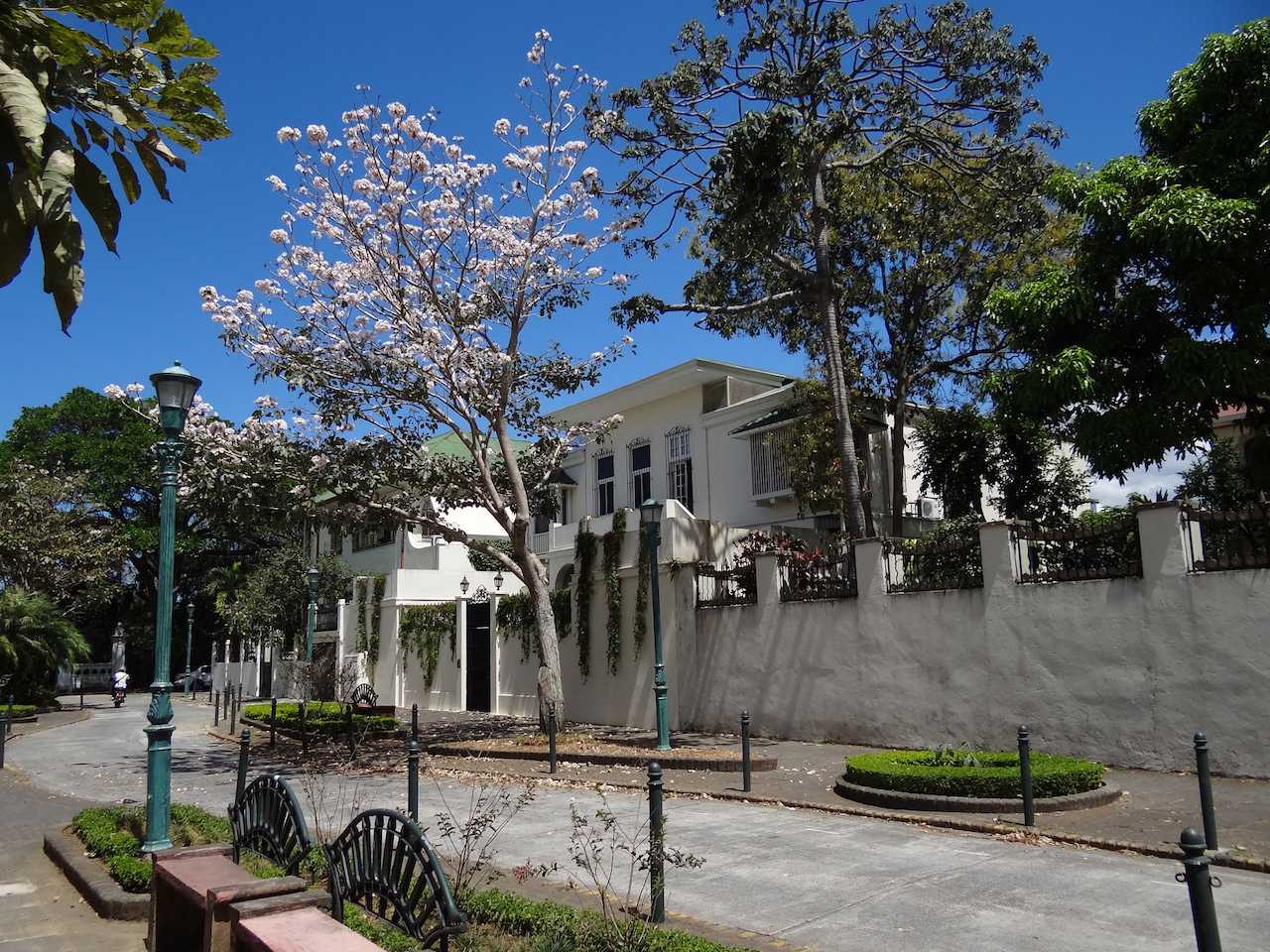 Most visitors to Costa Rica enter via the capital San Jose, but until recently not many of them chose to linger. Narrow streets, poor air quality and run-down neighbourhoods gave the city a bad name, but now it is regaining some of its old world charm and has several points of interest.

Start with the imposing St Joseph’s cathedral and then head to the imposing The Teatro Nacional built in the style of the Paris Opera from money raised by the coffee tax. Although tickets to see top shows can cost hundreds of dollars, on Wednesdays you can see a half hour taster performance of music, theatre or some other performance for just one dollar.

Costa Rica has two seasons: the Dry Season from December-April and the Green (or Rainy) Season from May-November. However it doesn’t rain all the time during the Green season – showers tend to be brief – and this can be a pleasant, and more affordable, time to travel.

Costa Ricans speak Spanish, but English is widely spoken and understood in the main towns and hotels. The currency is the Costa Rican Colon with US dollars also accepted in most places.

Disclaimer: this article was sponsored by Drake Bay Getaway Resort