The 228,081-ton Symphony of the Seas, the world’s largest cruise ship, made its debut voyage last month (March). It’s 1,188 feet long and over 215 feet wide and within that, there are 22 restaurants, 42 bars and lounges, theatres, ice rink, a zip line and robotic bartenders.

READ ALSO: Unveiled – Symphony of the Seas, the biggest cruise liner ever

Spanning 18 decks, Symphony is capable of accommodating 5,518 guests at double occupancy up to a maximum capacity of 6,680 passengers. She also employs 2,200 crew. A whopper indeed!  This behemoth is one of the line’s Oasis Class ships, categorised by their size and neighbourhood layout, a concept first introduced in 2009. 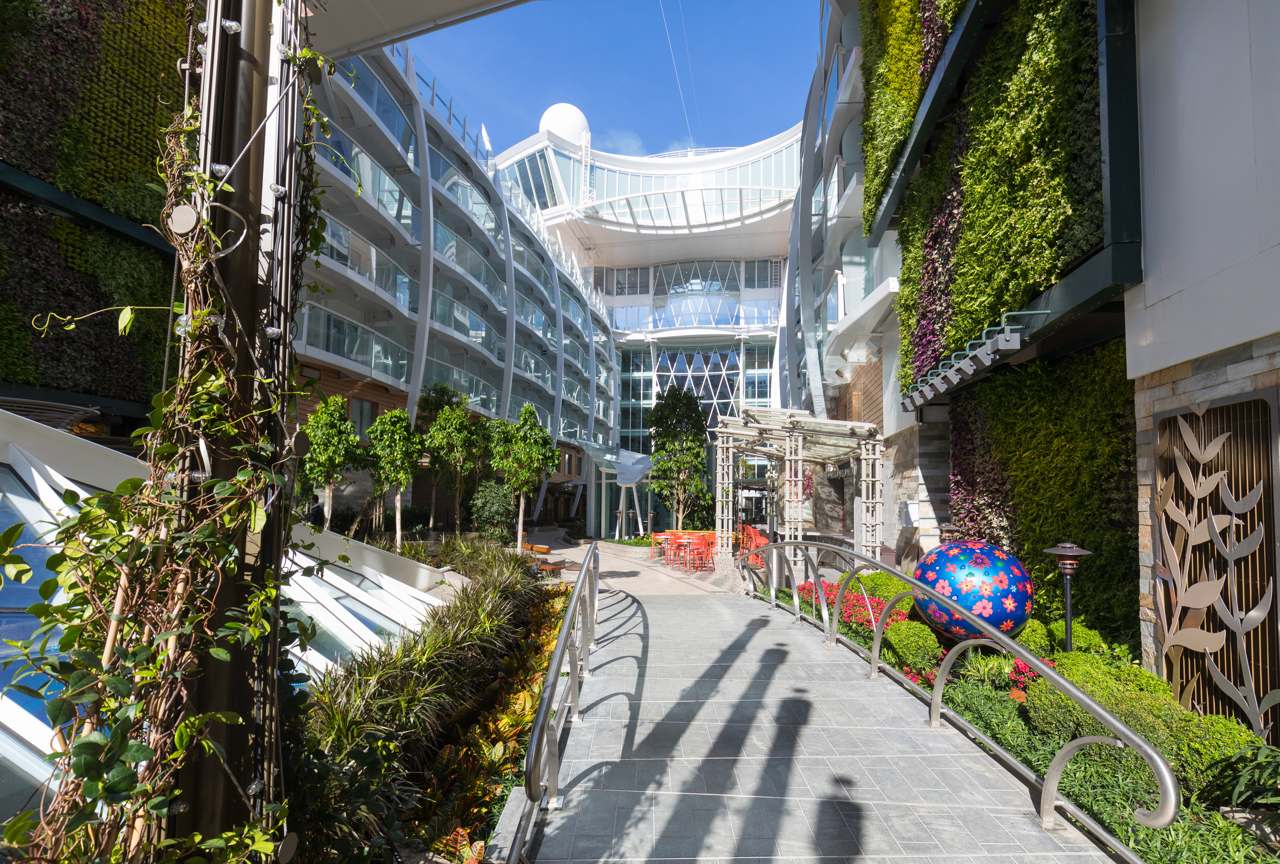 Central Park onboard Symphony of the Seas

One neighbourhood, Central Park, is lined with cafes and shops and filled with more than 12,000 plants and trees. It has piped birdsong too. Another neighbourhood, The Boardwalk, is where to find a full size carousel and two 43 feet high rock climbing walls.

What can I expect on board Symphony of the Seas?

Symphony features plenty of popular Oasis class experiences including the robot bartenders of the Bionic Bar, the Aqua Theater with its high-flying, high-diving shows, a zip wire, full-size basketball court and ice-skating rink. 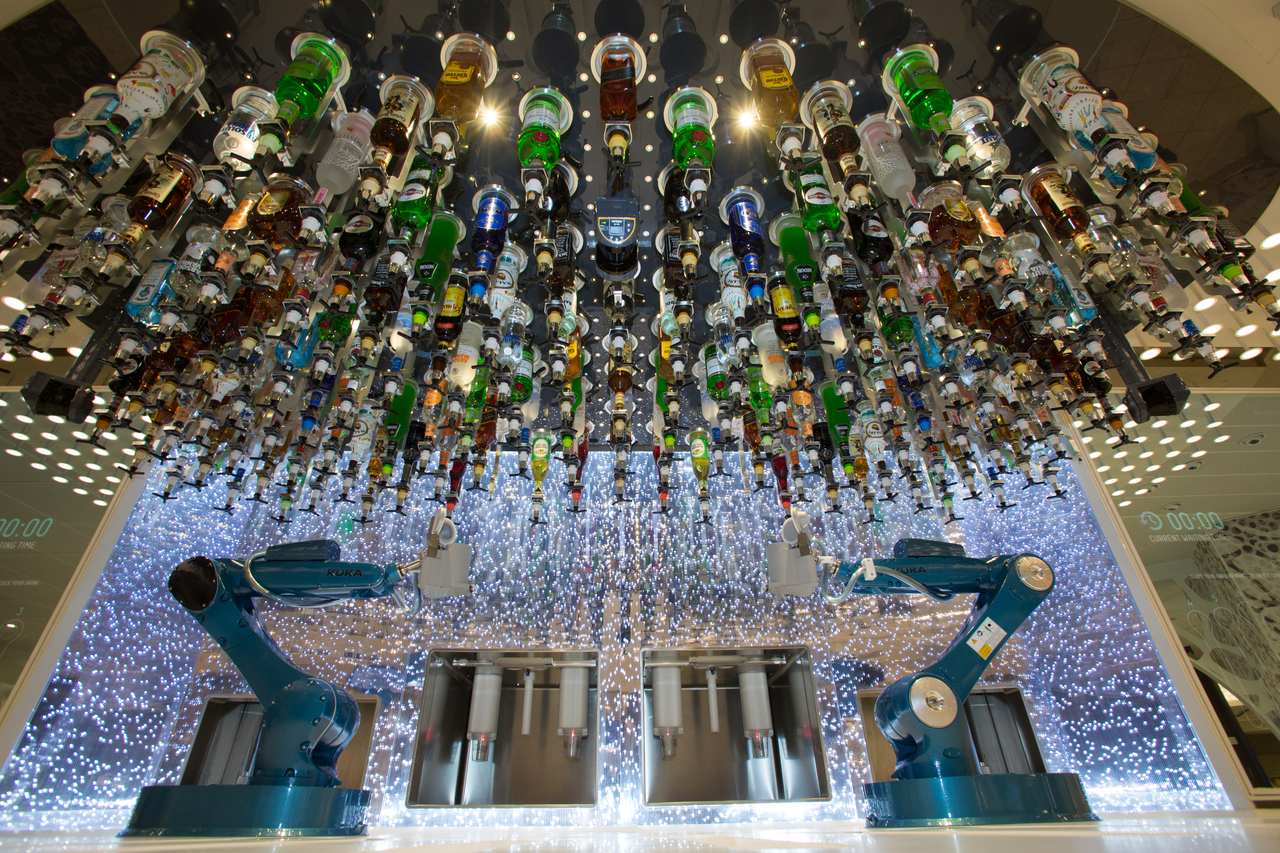 The Bionic Bar onboard Symphony of the Seas (c) SBW-Photo

She also has two surfing machines, 19 pools, a children’s water park, a 9-hole mini-golf course, 10 waterslides and the ‘Ultimate Abyss’ tallest slide at sea – an adrenaline pumping 10 storeys high with a glass platform to look down at the 100-ft drop. 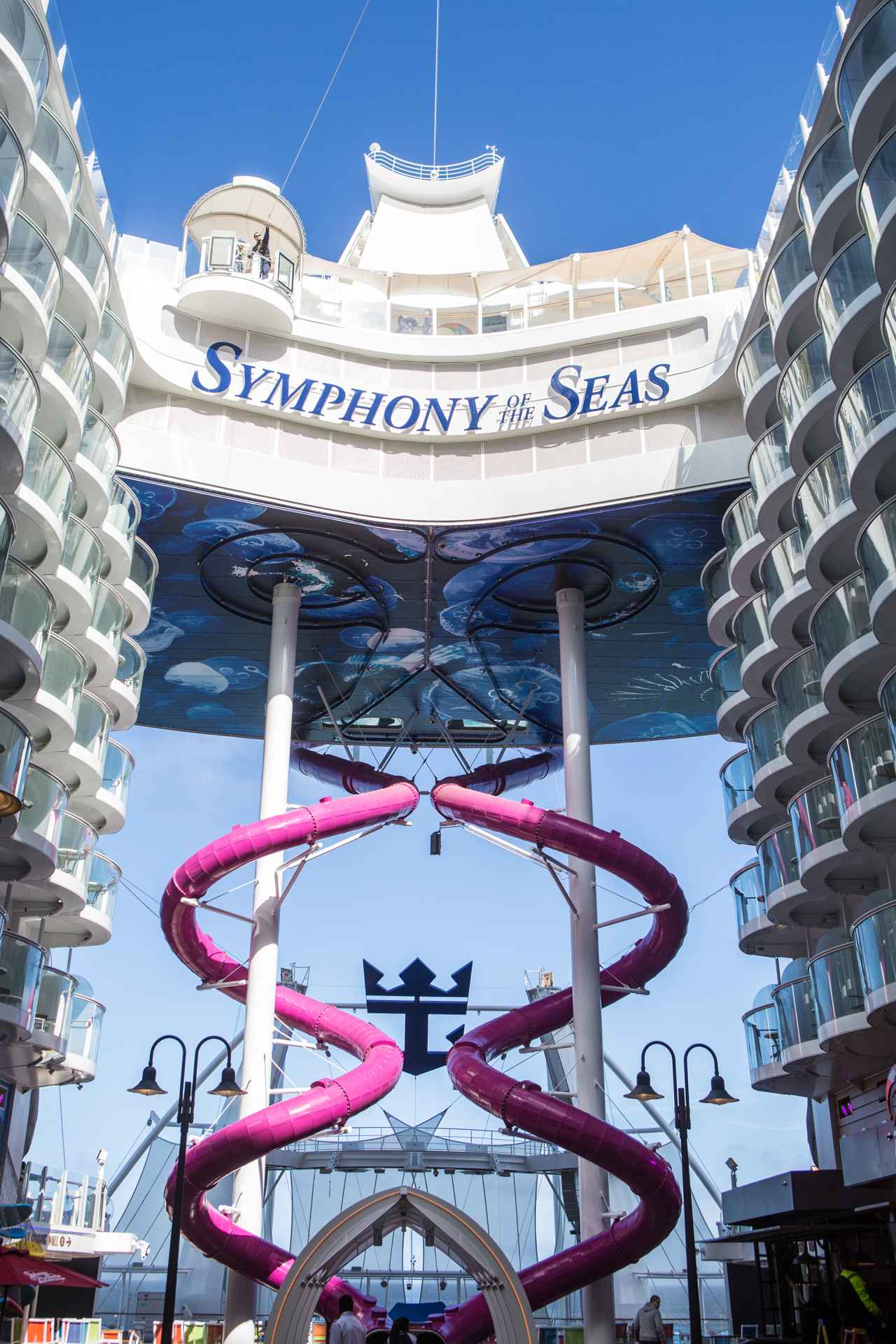 The Ultimate Abyss onboard Symphony of the Seas

The ship has brand new additions too including the glow-in-the-dark laser tag experience where friends and foes battle over the fate of the last planet in the galaxy and a submarine-themed Puzzle Break room.

Entertainment on the Symphony of the Seas

“Hairspray”, the cruise line’s first Broadway musical at sea, returns to Symphony’s Royal Theater with a total refresh, while new Royal Caribbean show, “Flight”, is a historical satire on the evolution of air travel ends with homage to the Wright Brothers. 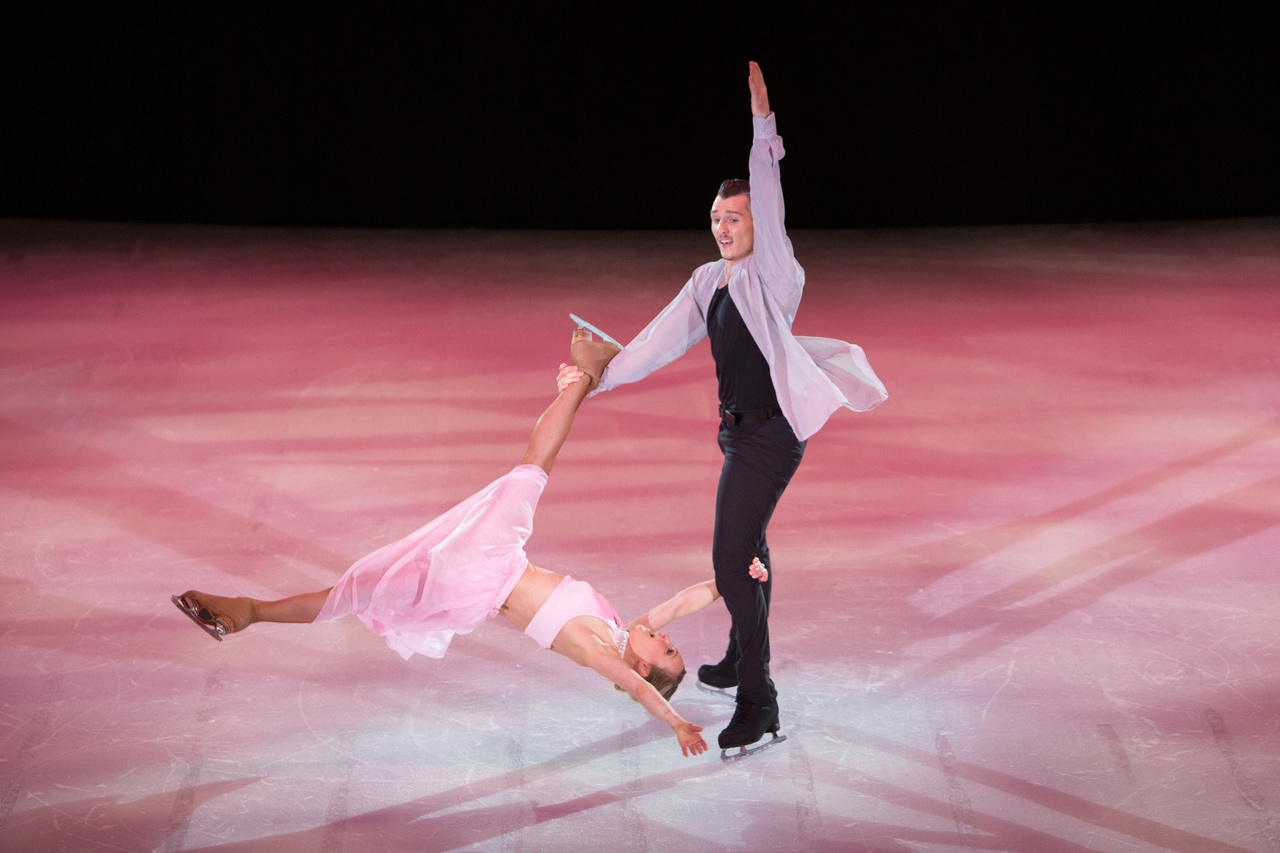 1977 Ice Show onboard Symphony of the Seas (c) SBW-Photo

Something else new is ice skating extravaganza “1977” which sees the ship’s talented skaters put their best blade forward in a dazzling showcase of moves. The story line? It is all about the heist of the century in London, when the Crown Jewels are stolen on the eve of the Queen’s Silver Jubilee.

The most imaginative of all the cabins has to be the two bedroom family suite. It is, without a doubt, the most adventurous and interactive suite in family travel. Sleeping up to eight people, the suite features a 3D cinema room with popcorn machine, library of video games, air hockey table, floor-to-ceiling LEGO climbing wall and a 212 sq-ft wraparound balcony with whirlpool, pool table and climbing frame. 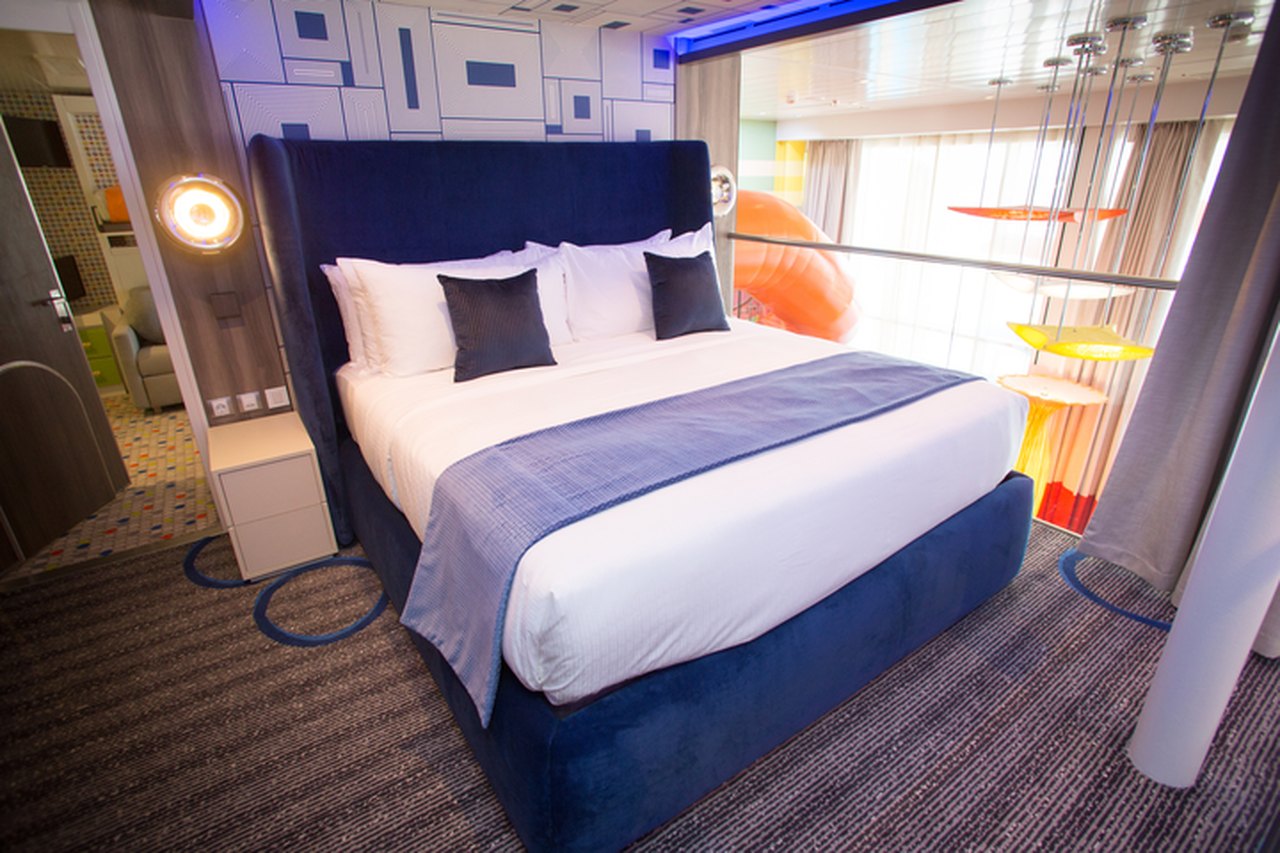 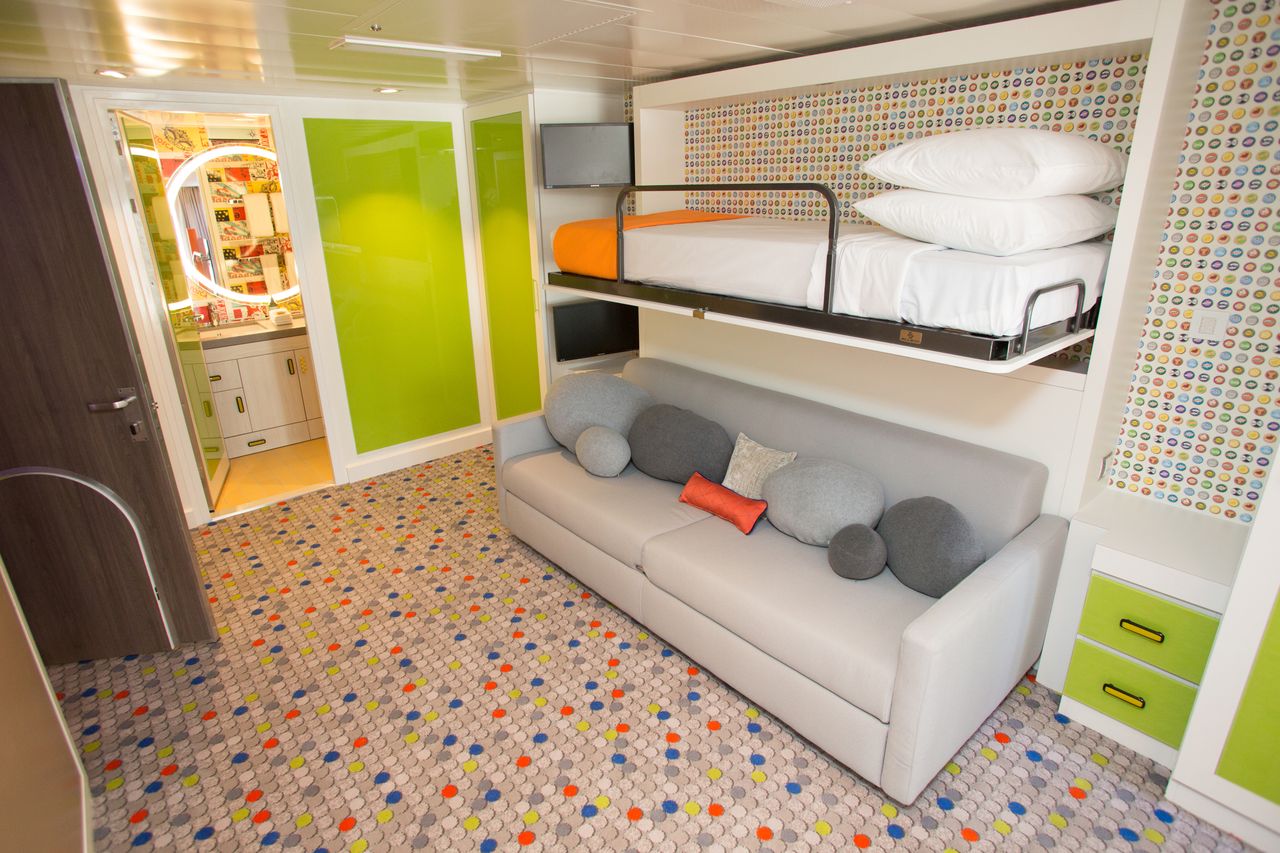 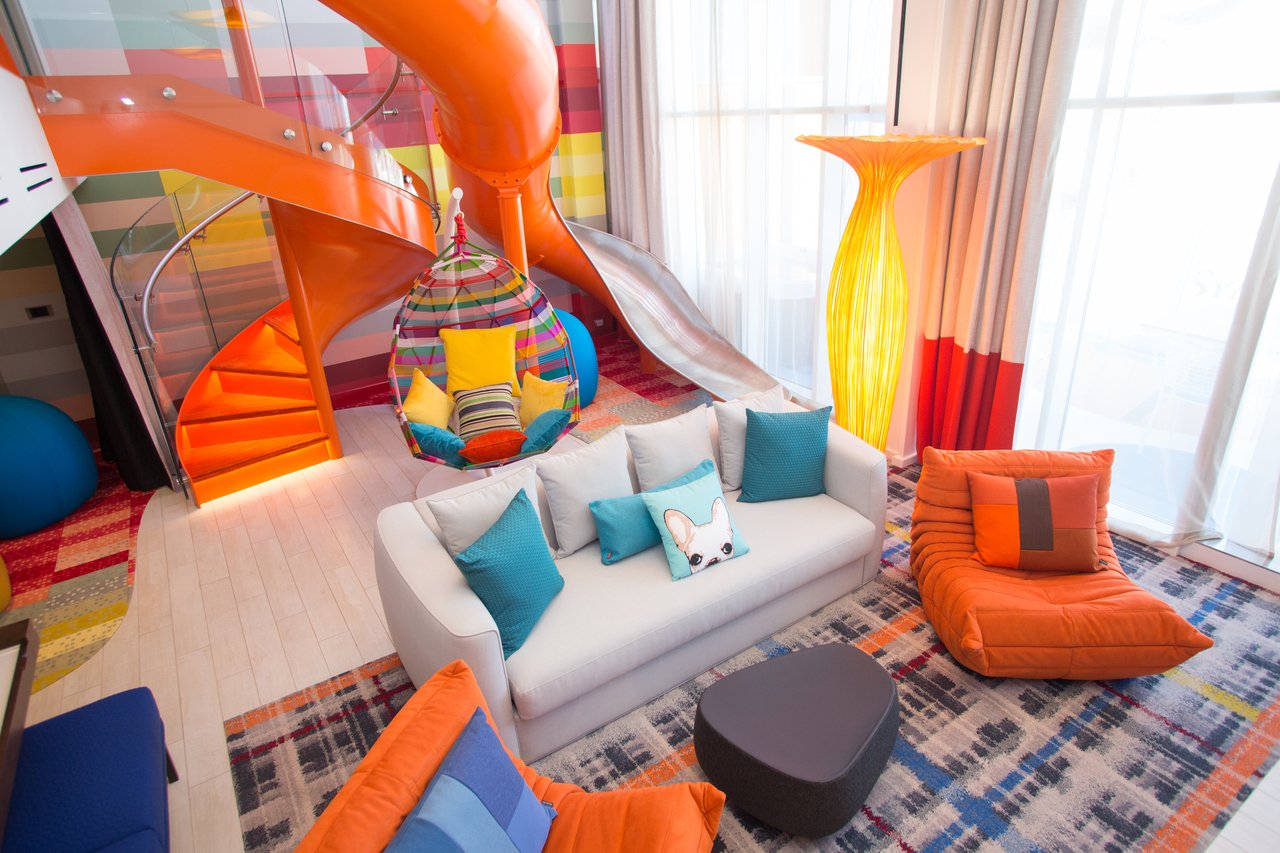 Oh and there’s a slide from the kid’s bedroom to the living room below. As if that isn’t enough, it comes with its own personal Royal Genie – otherwise known as a butler –  to take care of guests’ every need. It does come at a price – £30,000 for five nights in fact, though this hasn’t deterred punters, according to boss Michael Bayley who says the suite is sold out for most of 2018.

What other cabins are available?

Other cabin categories, most of which it has to be said, don’t have the frills of the family suite, include insides, ocean views and balcony staterooms. They all have plenty of storage and are comfortably appointed and pleasingly decorated.

Food on the Symphony of the Seas

In between activities, there are 20 or so dining options where passengers can eat the atlas from Japanese at Izumi Hibachi & Sushi and Italian at Jamie’s, to burgers, hot dogs and fries at Johnny Rockets and Mexican at El Loco Fresh. 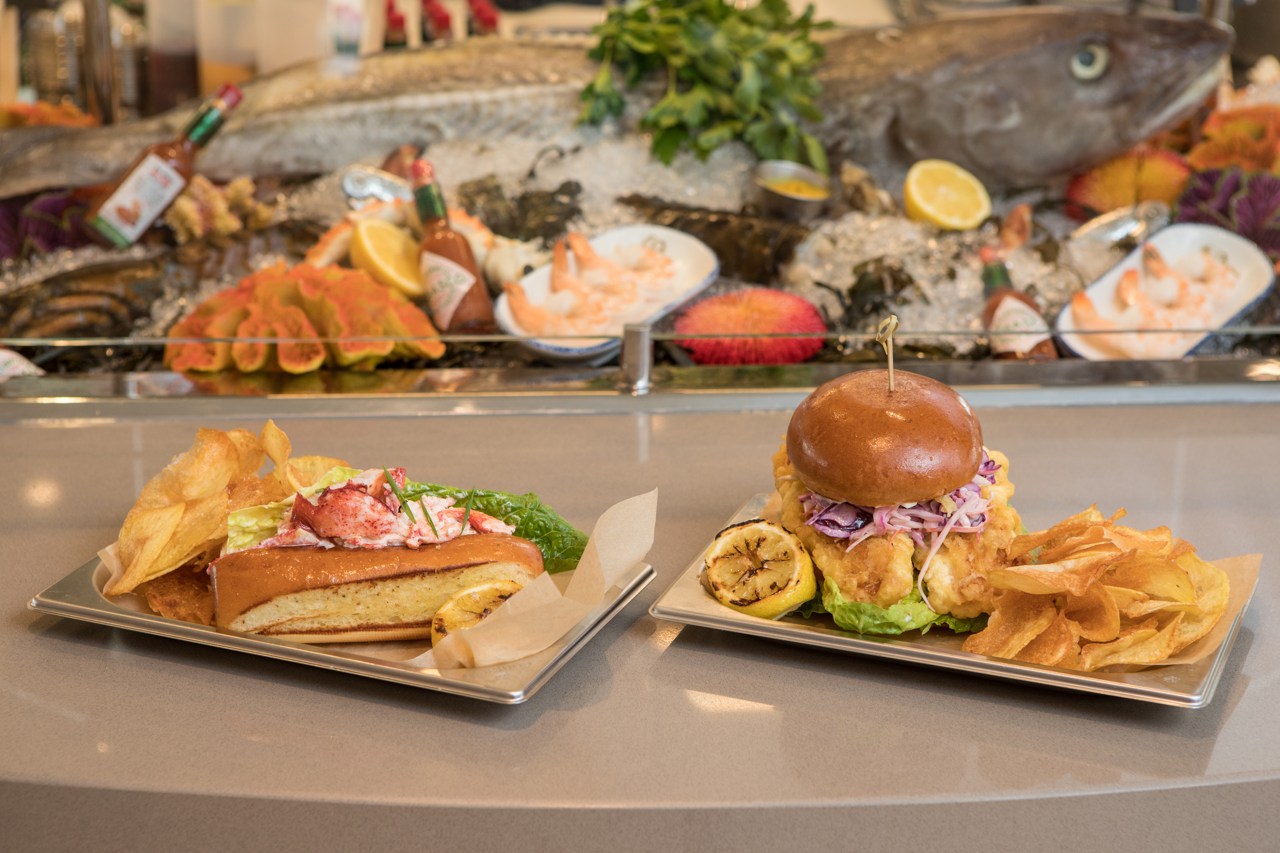 Hooked Seafood onboard Symphony of the Seas (c) SBW-Photo

There’s a new-for-Royal Caribbean seafood restaurant too. The expanded Park Café, with additional outdoor bistro seating, overlooks the central piazza and is a great place to relax with a drink or snack while people watching. Playmakers Sports Bar and Arcade is the place for bar snacks while watching live tennis, basketball and Premiere League football across 30 big-screen TVs.

For fans of the quirky, there is more good news. The Stowaway piano player is onboard Symphony. This is Royal Caribbean street theatre at its best. No-one knows quite when or where this pop-up guy will turn up next to perform for guests.

You could discover him in a lift, in the buffet, in a corner of the main dining room – anywhere in fact, that a piano can fit. But this is no ordinary piano with its hidden compartments and functions and the ability to produce lollipops for kids seemingly from out of thin air. There’s no doubt, this ship has to be the ultimate escape for families of all shapes and sizes.