Less than 50 years ago Cuyahoga Valley National Park was a sprawling community of farms and small-scale factories in the Cuyahoga Valley. Thanks to its natural beauty, intriguing fauna and flora and amazing story of habitat renewal, it was crowned as a National Park in 2000. Today it is one of just two national parks in the Great Lakes region of the U.S and a haven for wildlife such as bald eagles, white-tailed deer and beavers.

The park is easy to access being a mere 20-minute drive from Downtown Cleveland and is  close to the city of Akron.

The tumultuous history of Cuyahoga Valley

In the early 1800s, the US frontier was a patchwork of independent Indian nations and European settlers. Some settlers headed west in search of fertile farming land, and found their way to Cuyahoga Valley but with no viable way to export goods, they struggled to be self-sufficient. 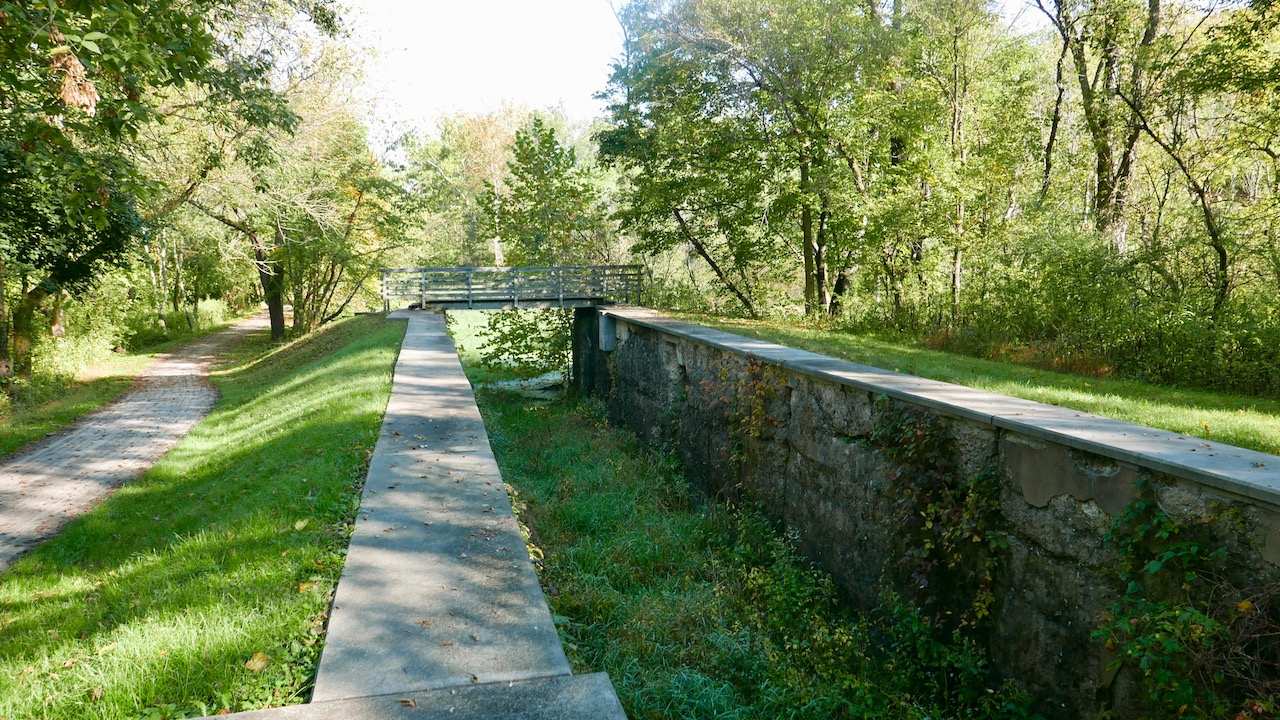 So, locals began the construction of the Ohio & Erie Canal, a man-made ditch that led from Cleveland to Akron and connected to the Ohio River. For decades the canal was a prosperous trade route and a popular recreational spot. Sadly, after the Civil War the canal’s expenditure started to outgrow its revenue, and in 1913 a major flood damaged the canal beyond repair.

By the 1960s the rise of urbanisation, factory waste and sewage were causing environmental degradation. Campaigners successfully egged President Gerald Ford to sign a bill to establish the Cuyahoga Valley National Recreation Area in 1974. Clean-up of the park started in 1987 until it became a national park. 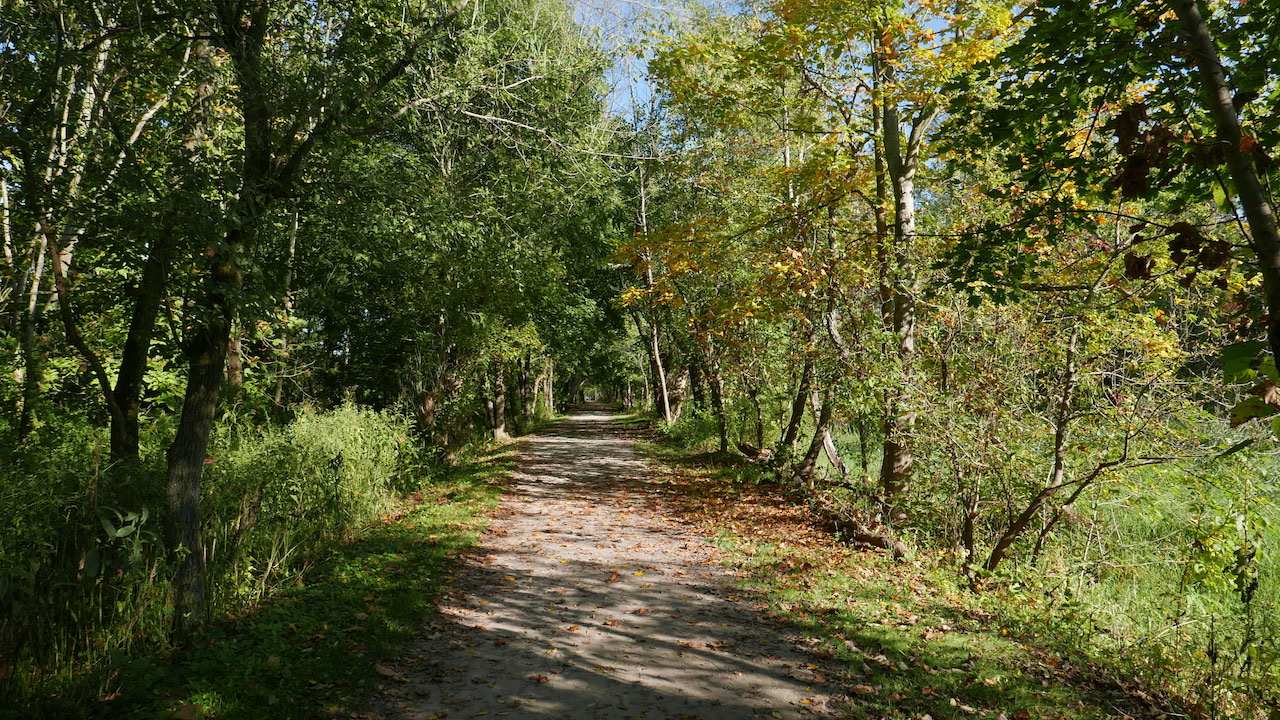 While the canal has been consigned to history, visitors to the park can follow its path along the 87-mile Towpath Trail. Various parts of it are open to hikers, cyclists and horse riders – bikes are available to rent at Century Cycles in the town of Peninsula. You can also attend ranger-led programmes to learn more about the park and its wildlife. 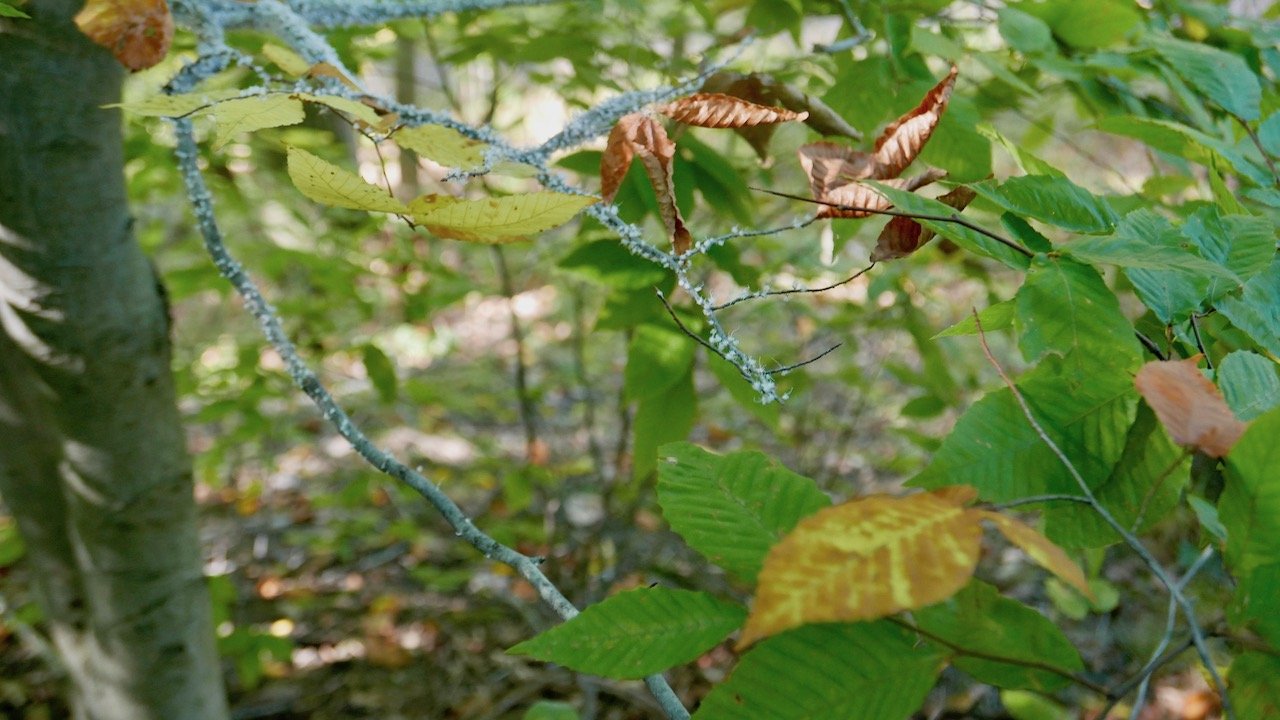 We recommend hiking along the Towpath Trail from Boston Store Visitor Centre to Stanford House. From here, follow the 1.5-mile Stanford Trail along a gentle incline through the trees, where chipmunks dart about and the sunlight casts a beautiful dappled glow on the forest floor.

One of the more unusual creatures we spotted are woolly aphids, who cling to the trees in their hundreds and resemble small tufts of cotton wool. 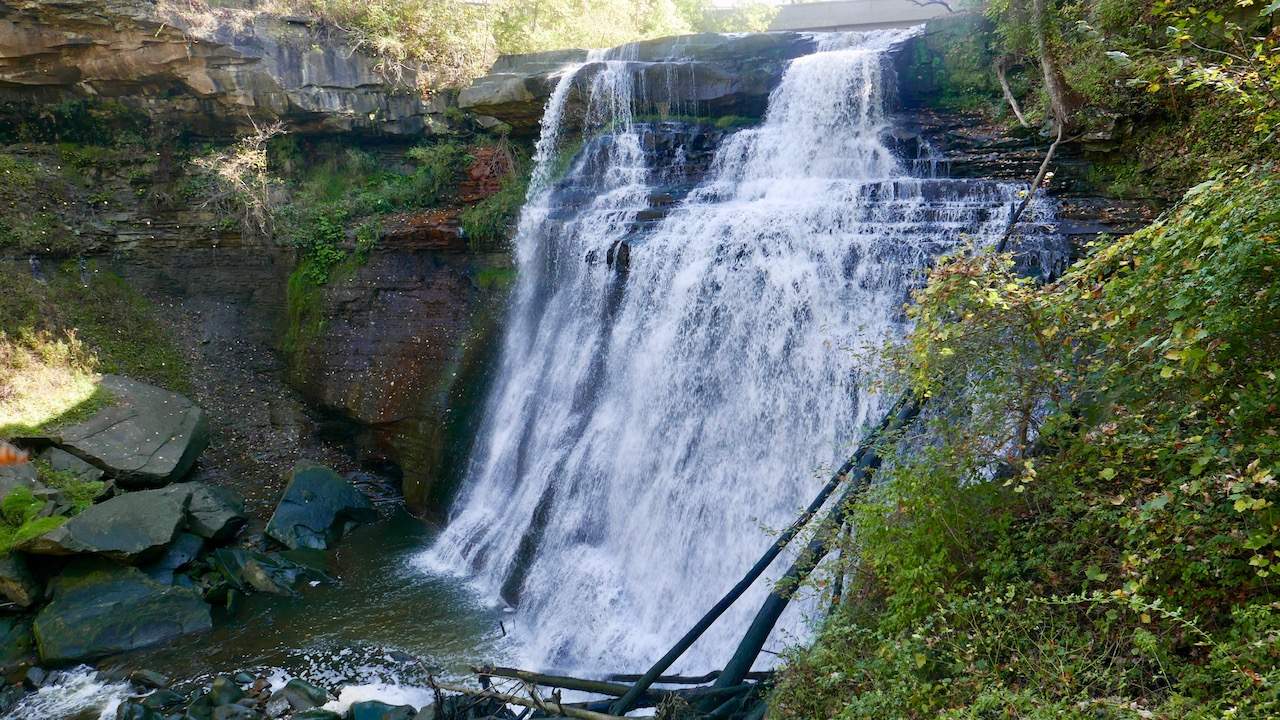 As the trail comes to an end, a long wooden staircase takes you the final few paces to Brandywine Falls, which cascades dramatically into boulder-strewn gorge. The 65ft waterfall can also be viewed from a wheelchair-friendly upper boardwalk.

Another highlight is Beaver Marsh, located ¼ mile north of Ira Trailhead along the Towpath Trail. The marsh is now one of the most diverse habitats at Cuyahoga Valley, but it could have had a very different story.

Once the site of an auto repair shop, plans were being made to transform the site into a parking lot. However something extraordinary happened during a site clean up: a small group of beavers that had recently returned to the valley took advantage of the open space and built a series of dams that flooded the area. This created a natural wetland that soon became teeming with life. 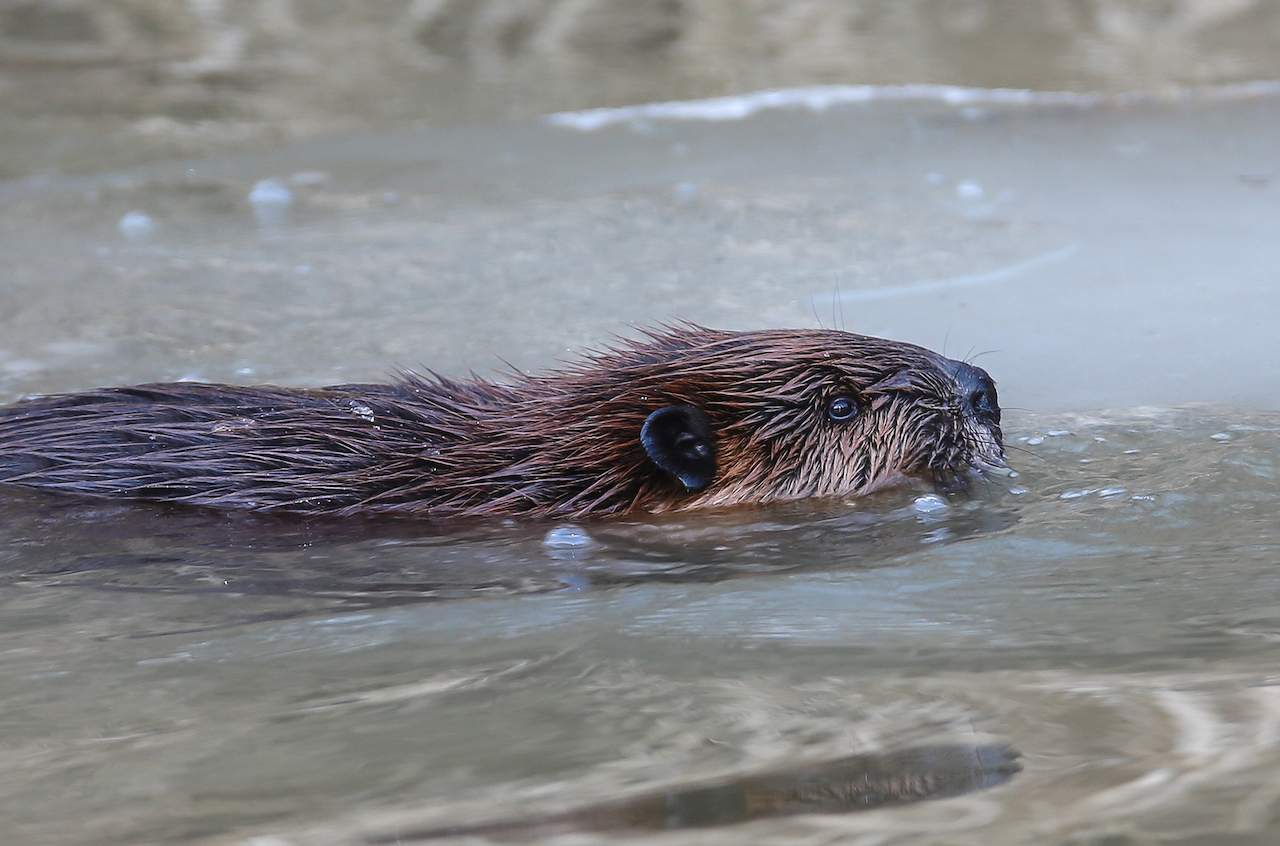 Depending on the time of year, you can see turtles swim among the lily pads, watch beavers nibbling away at branches and hear choirs of ribiting frogs. There are also plenty of bird watching opportunities and you may even spot a bald eagle.

What else is there to do?

A wonderful way to view Cuyahoga Valley is on horseback, and there are several designated horse trails including Wetmore Trail (4 miles) and Valley Trail (11.4 miles). The park also allows kayaking and canoeing on most of the waterways. However you’ll have to source your own horse/boat as currently there are no rental businesses within the park.

As well as the spectacular nature, Cuyahoga Valley is home to some residential areas and farms, including the well-preserved 19th century town of Peninsula. You can contact the farmers directly to learn about their products and attend farm-based programmes.

Dotted throughout the year are various events such as farmers’ markets to bird walks and outdoor yoga. For a full list of events visit the Cuyahoga Valley website.

If you fancy spending the night, there are basic camping facilities located near to the Boston Store Visitor Centre – you’ll need to bring your own food, tent and camping equipment. Alcohol though is not permitted in the park.

Drive: If you have a car the good news is that the roads in Cuyahoga Valley are well paved and parking is free.

Transport: It takes a bit more forward planning if you want to reach the park by public transport. If you’re travelling from Cleveland, take a taxi/Uber to Rockside Station (takes about 20 minutes from Downtown Cleveland). From here you can hop on the Cuyahoga Valley Scenic Railroad, which has been running in some shape or form since 1880. The old-style train chugs merrily through the park from Rockside to Akron and has some lovely scenic views.

Cycle: You can hire a bike at the Boston Mill for Boston Store Visitor Centre and Peninsula. 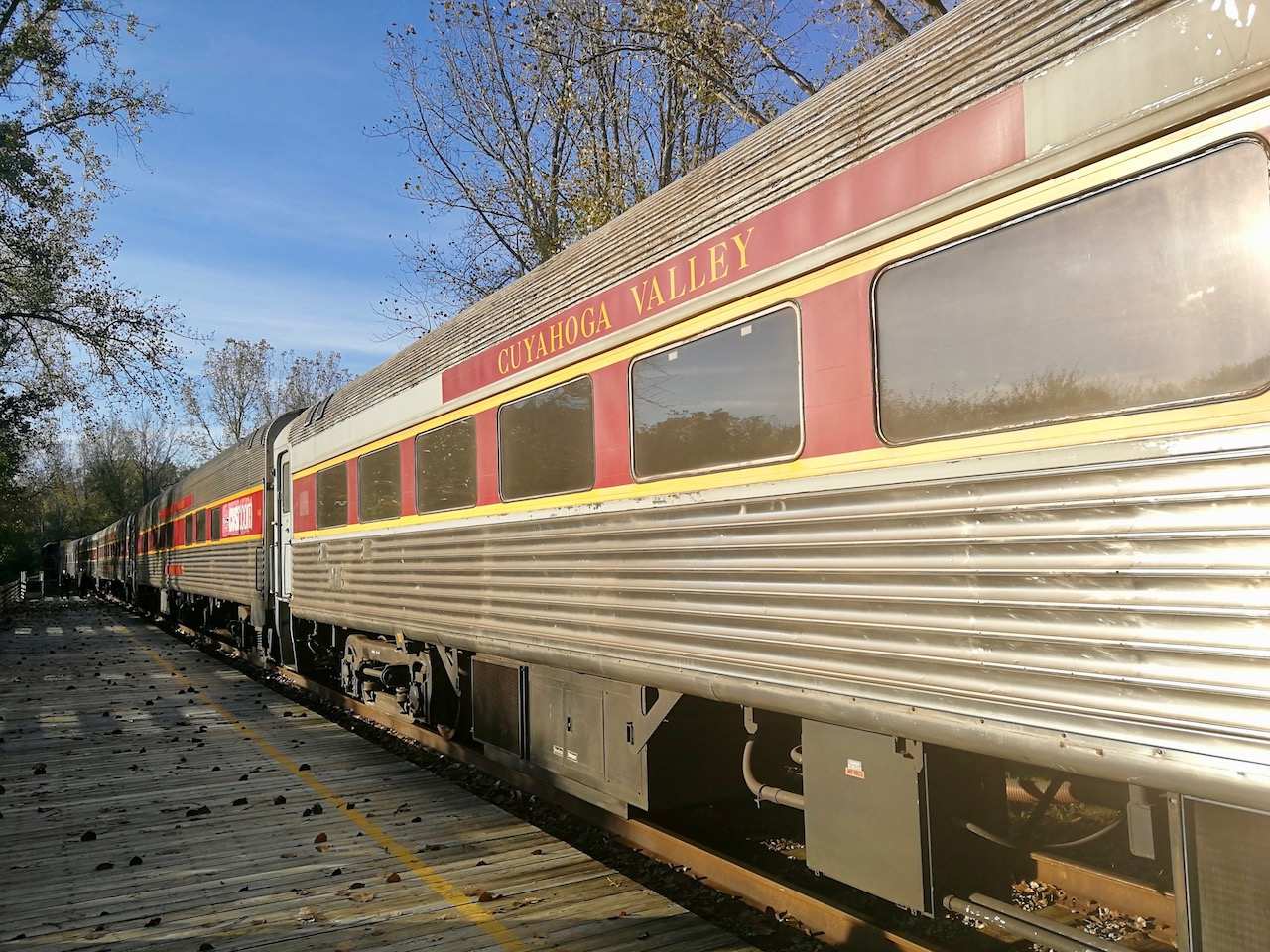 As well as carrying people, you can pay an additional surcharge to carry your bike ($5 each way) or kayak ($10 for single seated kayak and $15 for double seated kayak each way).

Train: Make sure you check the train schedule as the scenic railway only completes two loops on Monday-Thursday and three loops on Friday-Sunday.