I was excited to return to Óbuda Island in Budapest for the third year running to attend the Sziget for seven days of sunshine and spectacle.

As well as more than ten music stages, Sziget promised a varied programme including theatre, dance, traditional Hungarian craft workshops and even an interactive games area focusing on helping people with disabilities.

Who goes to Sziget Festival?

Diversity is the heart and soul of Sziget Festival, with over 100 countries represented on the island. As well as Hungarians, who tend to purchase day tickets, the festival attracts hoards of ‘Szitizens’ from the Netherlands, France, Italy, Germany, the UK, and beyond. There were more than 1,000 Australians at Sziget this year: quite a journey to make for a festival! 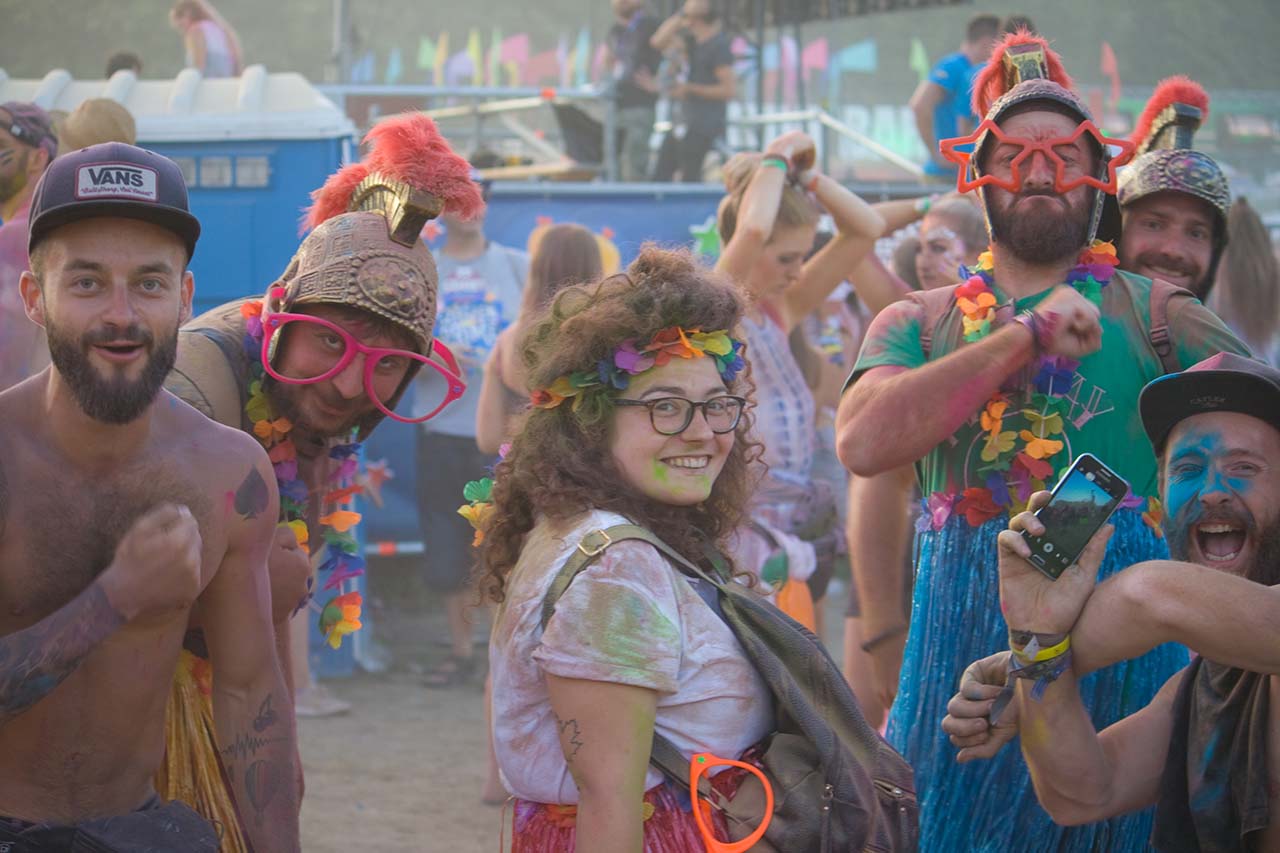 I opted to avoid camping at the festival and instead rented an apartment with a group of friends so that I could return home each night for a shower and a decent night’s sleep, and also meant I could catch the Sziget boat to the island each morning: a charming way to start the festival each day.

The simplest way to rent an apartment in Budapest is through Airbnb, and if you book enough in advance, you should be able to rent a lovely, air-conditioned apartment for peanuts. Our base was only a 10-minute walk from Sziget boat and housed 14 people, at the cost of £15 a night – bargain!

You can also book an inexpensive hostel in the ‘Pest’ side of the city. If you go down this route, make sure you check there is air conditioning in the bedrooms.

You can, of course, camp at the festival and there are plenty of shady spots to pitch your tent. There is also a VIP camping option, but if you’re willing to spend the extra cash, I recommend you book an apartment or hostel in the city instead.

During my previous trips to Sziget, the food was disappointing. There wasn’t that much variety, and what was there was greasy and salty. This year there was a definite improvement, especially in the area near to the Hungarikum Village. I sampled some delicious Goulash Soup as well as a Russian dish called pelmeni: mixed pasta stuffed with beef and pork with sour cream and vinegar. The food options around the main stage were fairly uninspiring, so I recommend branching out from the centre of the festival when you get peckish.

You can’t take in your own alcohol to Sziget. A beer or plastic cup of wine costs less than £3 while one of the festival’s signature cocktails is around £5.50. As with previous years, Sziget’s alcohol policy allows for a very jolly atmosphere without creating too many alcohol-related casualties. 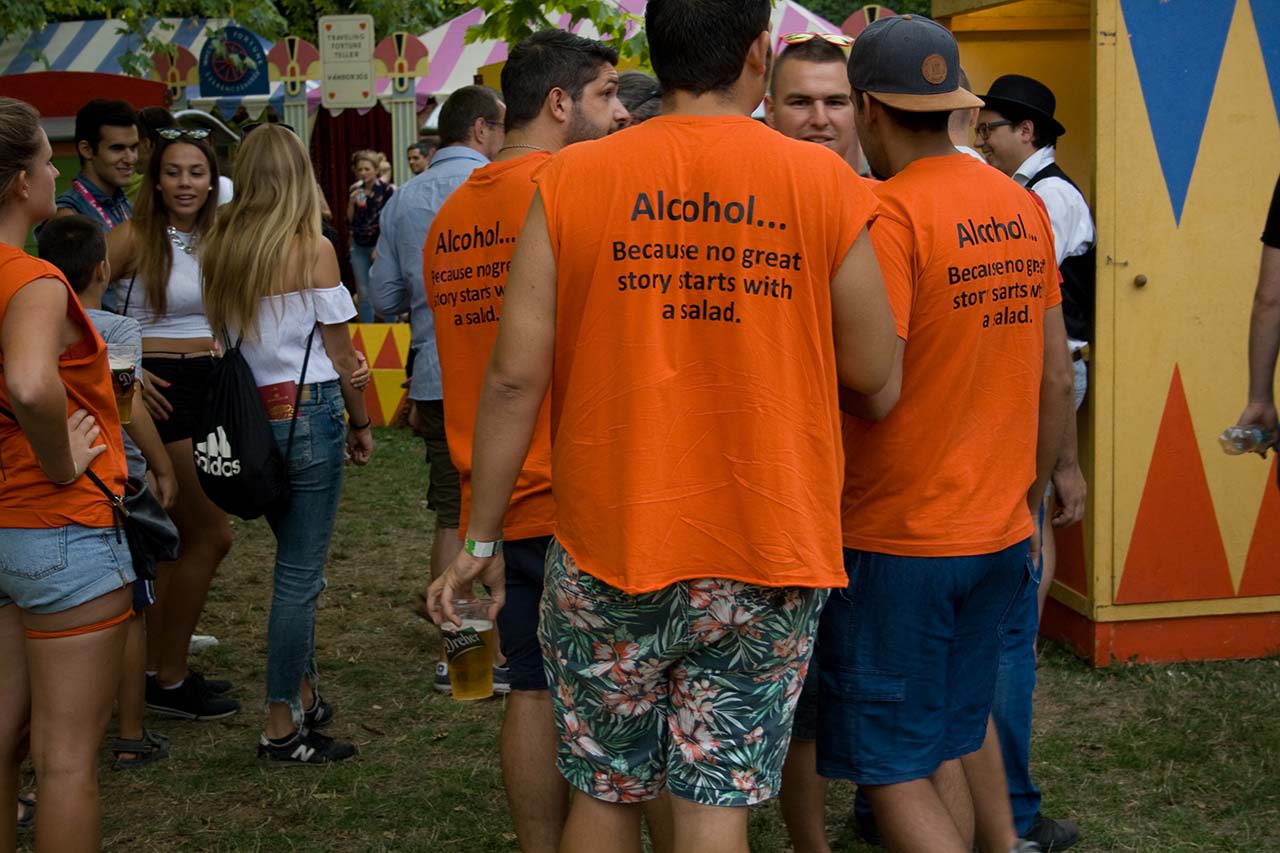 At Sziget you don’t use cash to buy food and drink. Instead, you pre-load money onto a Festipay card, and this can be used to pay for everything at the festival. There are several booths dotted around Sziget where you can top-up, and you can protect your money by downloading the Sziget App and registering your card. If you lose it, you can cancel the card and reimburse the money on a new card. Very nifty.

We arrived at the main stage on the first day mid-way through a fun and energetic performance by Bosnian group, Dubioza Kolektiv. Taking inspiration from reggae, ska, alternative rock and Bosnian folklore, the band whipped the crowd into a joyful frenzy.

The music line-up was, admittedly, a mixed bag. The seven headliners absorbed over half of the festival’s €20m budget, yet they weren’t the big hitters of rock and pop that I’d become accustomed to. 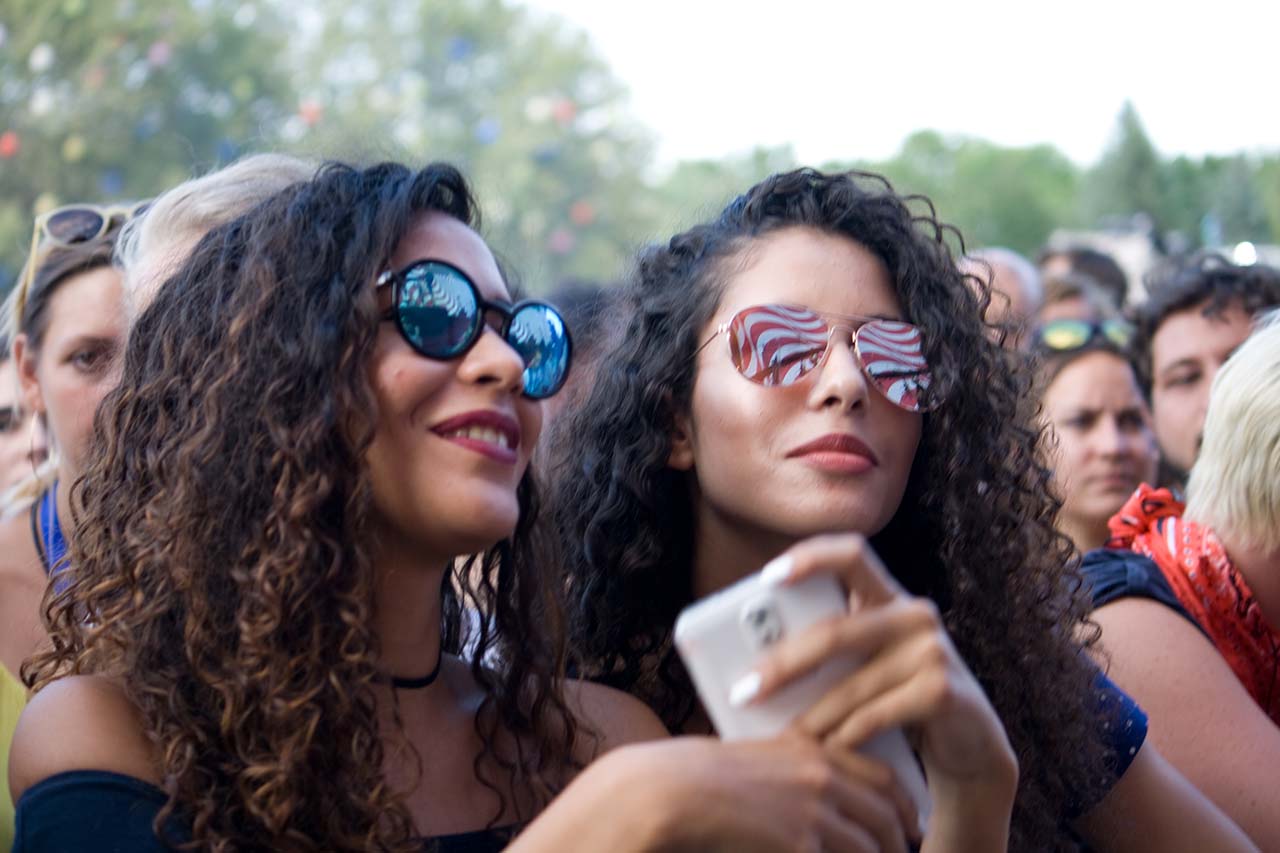 I enjoyed P!nk’s fun and fiery performance on the first night, but confess I was less thrilled by the prospect of Kasabian, Macklemore & Ryan Lewis and Major Lazer.

Fortunately, there were some excellent performances by lesser-known artists on the main stage including a feisty set by The Kills and a beautifully sweet performance by English rose, Birdy. The closing act on the main stage, Dimitri Vegas and Like Mike, was also a surprising sensation. 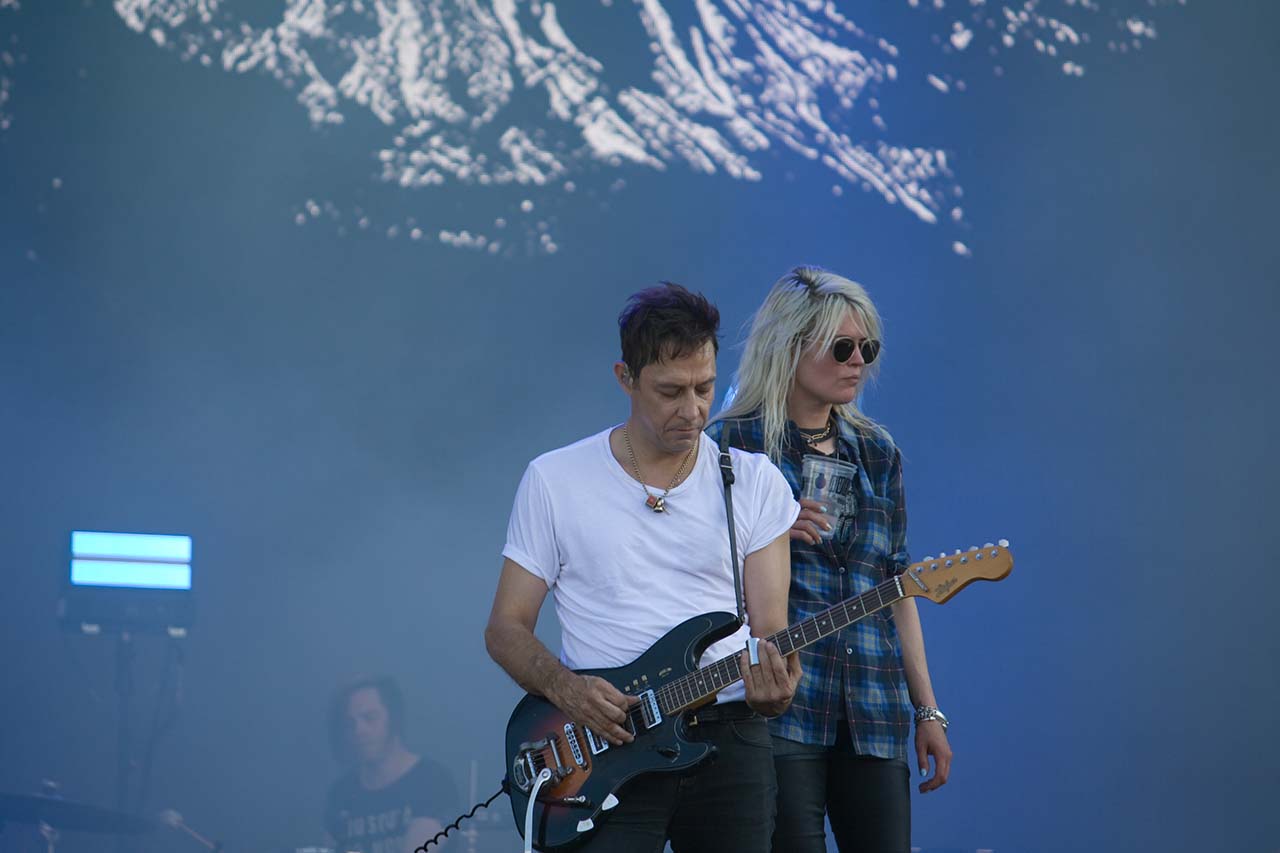 There was also plenty to see away from the main stage. My highlights included DJ Shadow and Crystal Fighters at the indoor OTP Bank Stage by A38. USA born DJ Shadow put on an exceptional show with the best backing video I have ever seen. Striking images of wildlife, landscapes and abstract shapes burst on the screen in perfect timing to the music. The bass was so intense it made my shoes vibrate and my nose tingle. Crystal Fighters put on a jubilant performance inspired by the Basque heritage of one of its members, Laura Stockley.

The World Music Stage hosted a brilliant set by Orkestra Mendoza, who made it impossible not to get up and dance. This performance was particularly memorable as the final song coincided with Sziget’s 25th birthday party. Sziget staff members ran around the festival presenting a random selection of Szitizens with birthday cakes and party hats.

Make sure you don’t just stick to the main stage and make time to explore every area of the festival including Sziget beach and Luminarium: an 800m2 inflatable sculpture with a labyrinth of rooms to explore. There is also the travelling funfair, cardboardia tent, Sziget comedy tent and Magic Mirror which hosts a colourful array of cabaret, drag shows and talks by the LGBT community. 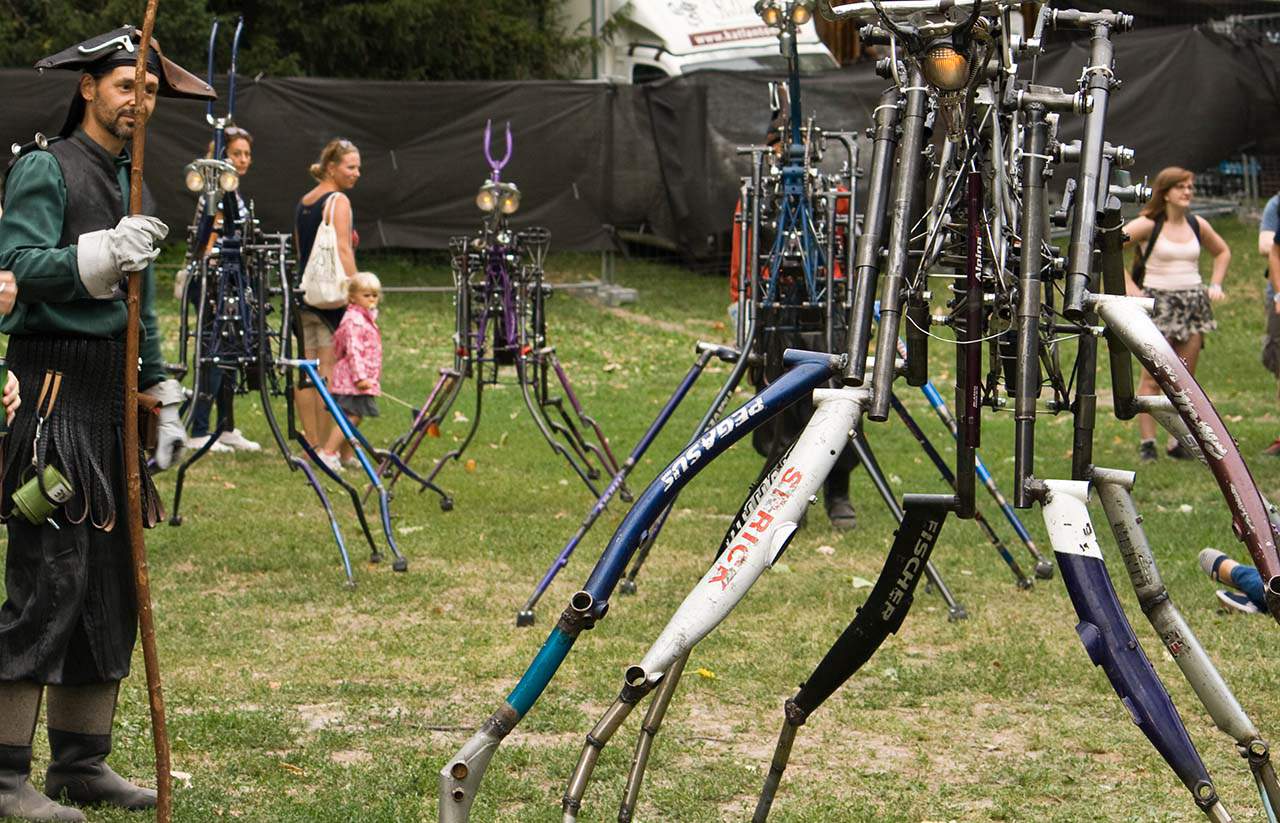 One of the most widely talked-about acts this year was Anima Ardens by Belgium Compagnie Thor, which features 11 male dancers who are totally in the nude.

There were some stellar circus performances this year at Cirque du Sziget. The organisers doubled the capacity of the indoor tent this year, which was a savvy move. The outstanding performance for me was Machine de Cirque, where five Canadian blokes performed a mix of comedic sketches and extraordinary feats of acrobatics using a large, wooden seesaw. 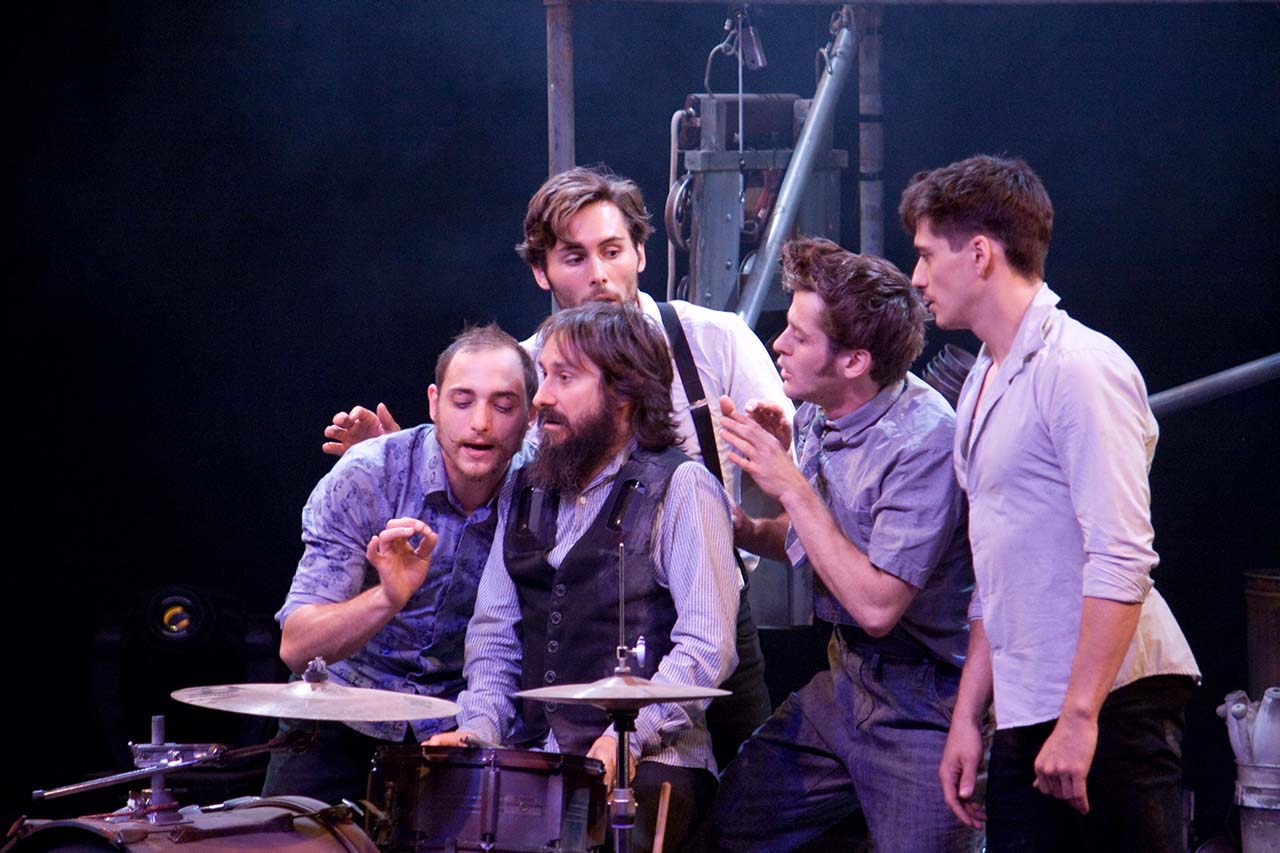 Another highlight of the festival was the colour party, where festivalgoers throw bags of multi-coloured paint at each other.  My friends and I made our way into the centre of the action and managed to get hold of a few bags of bright pink powder. Then followed an explosion of luminescent dust and we all threw our arms up in pure joy and asphyxiation (thanks to the clouds of powder).

Sziget 2017 was for the most part, pretty fantastic. The festival had a carefree and jovial atmosphere and I was in an almost permanent state of euphoria. Yes, the main stage line-up was a little disappointing, but this didn’t matter when there were so many other things to see and do. 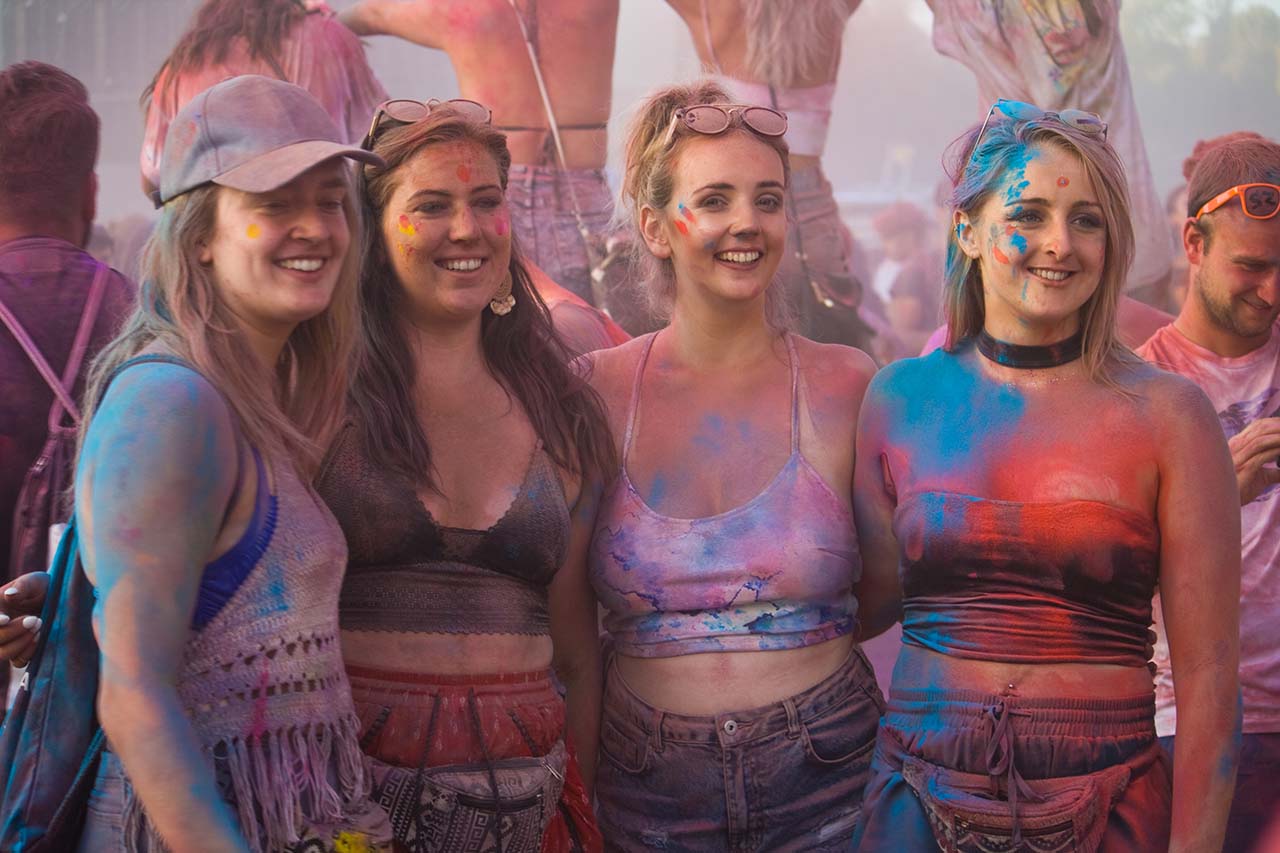 TIP: If you are planning to visit Sziget in 2020 allow some time to explore Budapest. It’s a vibrant and beautiful city with a fascinating history. You can purchase a 13-day Sziget Citypass during the festival, which allows you to use almost all forms of public transport around the city, including the boat to the festival.

⇒ Top 10 things to see and do in Budapest

How much: Festival tickets are reasonably priced, from around €299 for 7 days. Book early to avoid price increases.

Getting there: if you arrive by car, check the parking options listed on the Sziget website. Parking spots are limited and once you leave your car, you can only return one time unless you are willing to pay for another ticket.

There is a taxi station on the island and you can also catch a taxi to the festival entrance from the city. Sziget’s official taxi partner is Citi Taxi, Tel: +36 12 111 111.

The easiest and cheapest ways to reach the island are by train and by boat. The Sziget boat runs every day between Jászai Mari square and Sziget Festival Port. Alternatively, catch the HÉV suburban rail no. H5 to the Filatorigát stop, leaving from Batthyány square or Margit Bridge every 10-15 minutes.