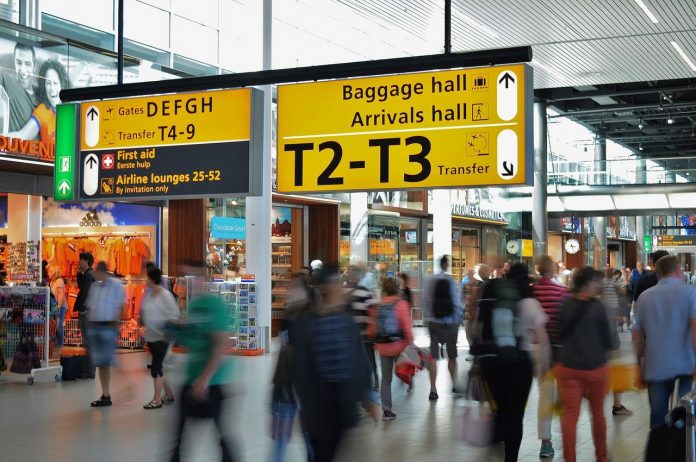 A strike by more than 4,000 workers at Heathrow due to start tomorrow (Tuesday 6 August) at 00:01 and finish at 23:59 has been suspended while the workforce votes on an improved pay offer, Unite, Britain and Ireland’s largest union, said today (Monday 5 August).

However, Unite said that the strikes already announced for Friday 23 August and Saturday 24 August remained on the table until the result of the ballot was known.

The strike by workers at Heathrow due to take place on Monday 5th has been suspended to make space for further talks over a pay deal.

The 2,000 staff were due to walk out from one minute past midnight for 48 hours. Thousands of holidaymakers are affected.

Heathrow airport and Unite have been meeting all weekend while ACAS the conciliation service arbitrated.

“Tomorrow’s strike by Unite members working for Heathrow Airport has been suspended to allow for further talks at Acas tomorrow.

Under the chairmanship of the conciliation service Acas, tomorrow’s talks will involve senior directors from Heathrow Airport and senior Unite officials with the aim of averting a second day of planned strike action set to start at 00:01 and finish at 23:59 on Tuesday 6 August.

“Unite will not be making any further comment while talks are ongoing.”

Heathrow airport could be “shut down” this summer by a series of strikes involving 4,000 workers, the Unite union has warned.

Unite, the largest British and Irish trade union, say the strike action will take place across the airport’s five terminals in a dispute over pay.

Strike days are planned for July 26, July 27, August 5 and 6, August 23 and 24 and anticipate that this will cause “summer travel chaos”.

The decision to strike was taken after workers backed strike action in eight separate strike ballots following the rejection of an 18 month pay offer amounting to 2.7 per cent, which according to Unite adds up to just £3.75 extra a day for the lowest paid workers.

“There is deepening anger over pay among workers who are essential to the smooth running of Heathrow Airport.

“They are fed up of being expected to accept crumbs while the chief executive pockets an eye popping 103 per cent rise in his pay package and shareholders are handed dividends of over £2 billion in the last two years alone.

“To add insult to injury there are widening pay disparities leading to airport security guards employed after 2014 earning up to £6,000 less than colleagues hired before that date.”

King pointed out that Unite members ensured over 80 million passengers passed safely through Heathrow in the last 12 months and “contributed massively” to the airport’s profits last year.

“We are disappointed that Unite will be taking strike action. Following this decision, we will be implementing contingency plans that will ensure the airport remains open and operating safely throughout any coordinated action.

“We will be working alongside our airline partners to minimise disruption caused to passengers as they look towards their well-deserved summer holidays.

“We are proud of our record as a good employer and we remain committed to finding a solution. We have proposed a progressive pay package giving at least a 4.6 per cent pay rise to over 70 per cent of our frontline colleagues.

“The total package offered is above RPI and is specifically designed to boost the wages of lower paid colleagues. We have invited our union colleagues back to the table and urge them to continue working with us to reach an agreement.”

British Airways, which has the majority of operations at Heathrow, says it plans to operate as normal.

British Airways could also bear the brunt of strike action as their pilots are balloting for industrial action in a dispute over pay. The voting ends on 22 July and a strike could be called from 5 August onwards.

In the meantime Unite members at Stansted airport who work check-in staff for easyJet have called for a series of strikes beginning on 25 July and continuing every weekend in August.