Fairmont Pittsburgh is located in the city’s Golden Triangle, the urban downtown centre of Pittsburgh which forms the central business district. The hotel opened in 2010 and forms part of Three PNC Plaza, one of the largest high-rise constructions built in Pittsburgh this century. It is an impressive structure of glass and steel.

Like many things in the USA, the hotel has gone for the “bigger is better” vibe – 185 guest rooms, 12,000 square feet of meeting space and a 6,000-square-foot Health Club & Spa. Yet despite its size, Fairmont Pittsburgh has a warm and friendly atmosphere and staff who are eager to please.

Pittsburgh prides itself of being a “green” city, ranking among the 15 most sustainable cities in the USA. This hotel honours this tradition with its environmental design and commitment to reduce energy wastage.

During the week, the business district is a hive of activity, and Fairmont Pittsburgh is ideally located for city slickers to rest for the night.

The hotel’s proximity to many of Pittsburgh’s most famous attractions, including the Andy Warhol Museum, means that it is also a great base for travellers enjoying a short break. Unlike many of America’s mega cities, Pittsburgh is small enough that you can reach most of the museums on foot.

Rooms are spacious (the largest is 466 square feet) with floor-to-ceiling windows overlooking the city. There are the usual amenities including 45-inch flat screen TV, coffee machine, iPod station and mini fridge. 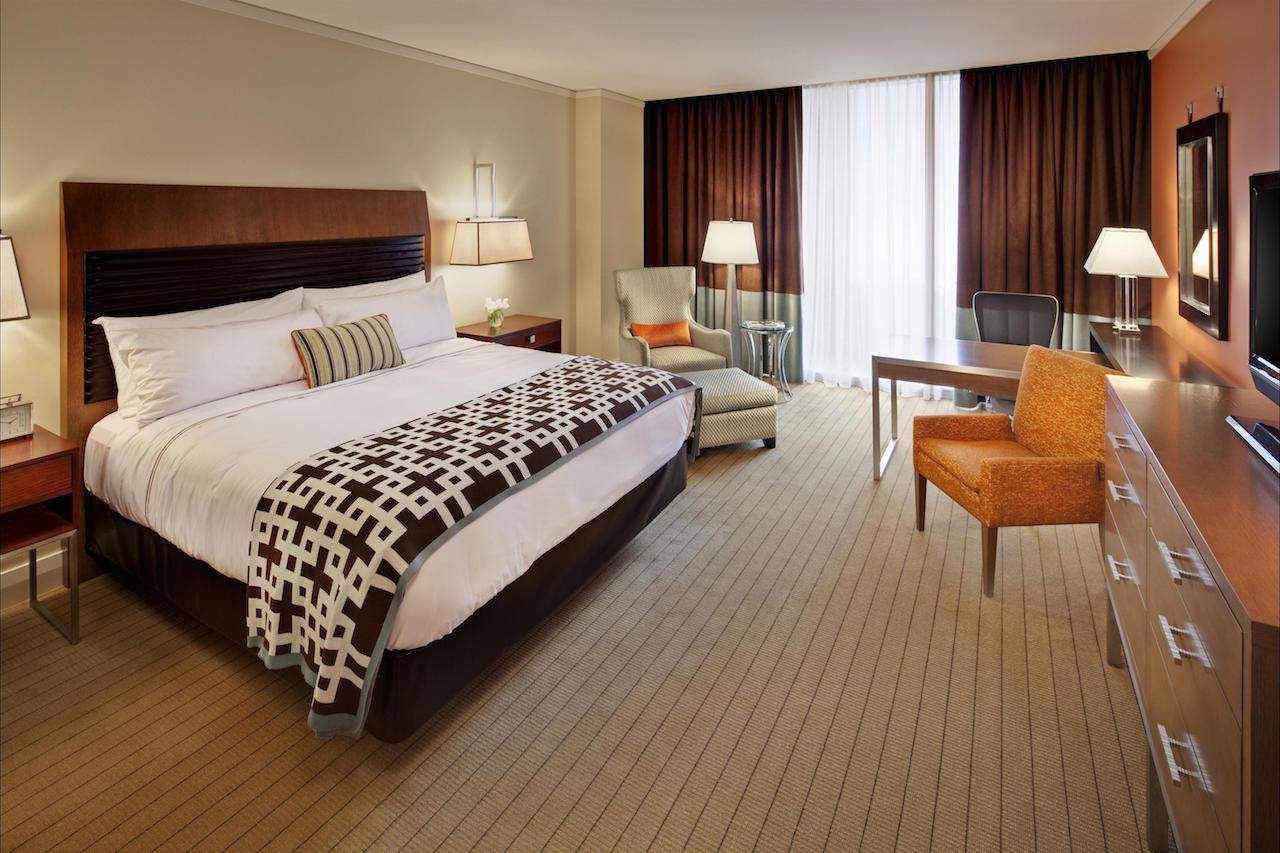 The décor is tasteful and modern, in hues of grey, brown and orange. Even with all the lights turned on, the room felt a little dark.

Bathrooms are generously proportioned and ours contained both a bath and shower. There’s a decent selection of spa toiletries and you even get a mini bottle of mouthwash.

Tip: Choose a room on the 19th floor for a great view of the PNC Baseball Park, home of the Pittsburgh Pirates.

Fairmont Pittsburgh has an extensive Health Club & Spa, which offers a wide range of treatments including facials, massages and manicures. There is also a large fitness centre containing running machines, cross trainers, weight machines and advanced Precor fitness equipment. The luxury changing area has a relaxing sauna and steam rooms and  a wide selection of spa toiletries and large, private showers. 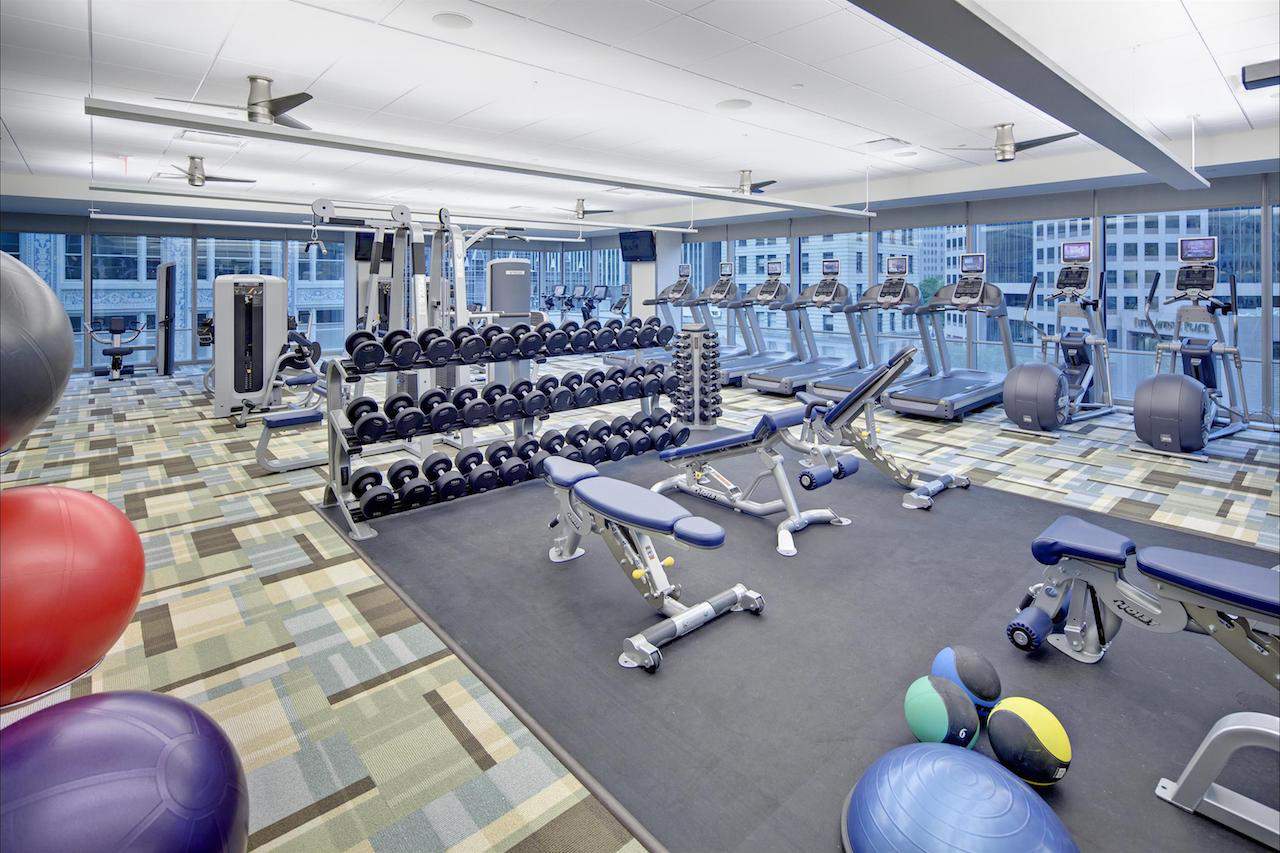 As well as the spa, the hotel has a boardroom, three additional meeting rooms, and a 5,500 square foot ballroom where you can book social events and even a wedding.

The newly opened fl.2 restaurant serves modern American cuisine and a vast selection of drinks and cocktails. We tucked into a tender lamb shank and classic striploin with celery root and creamy mash. One of the highlights of the evening was sipping on a “Smoked Pimientos” cocktail: a snappy mix of Patron tequila, Mezcal, pineapple and a spicy jalapeño. During the day the restaurant serves breakfast and lunch, as well as brunch at the weekend (all at an additional cost to the room). 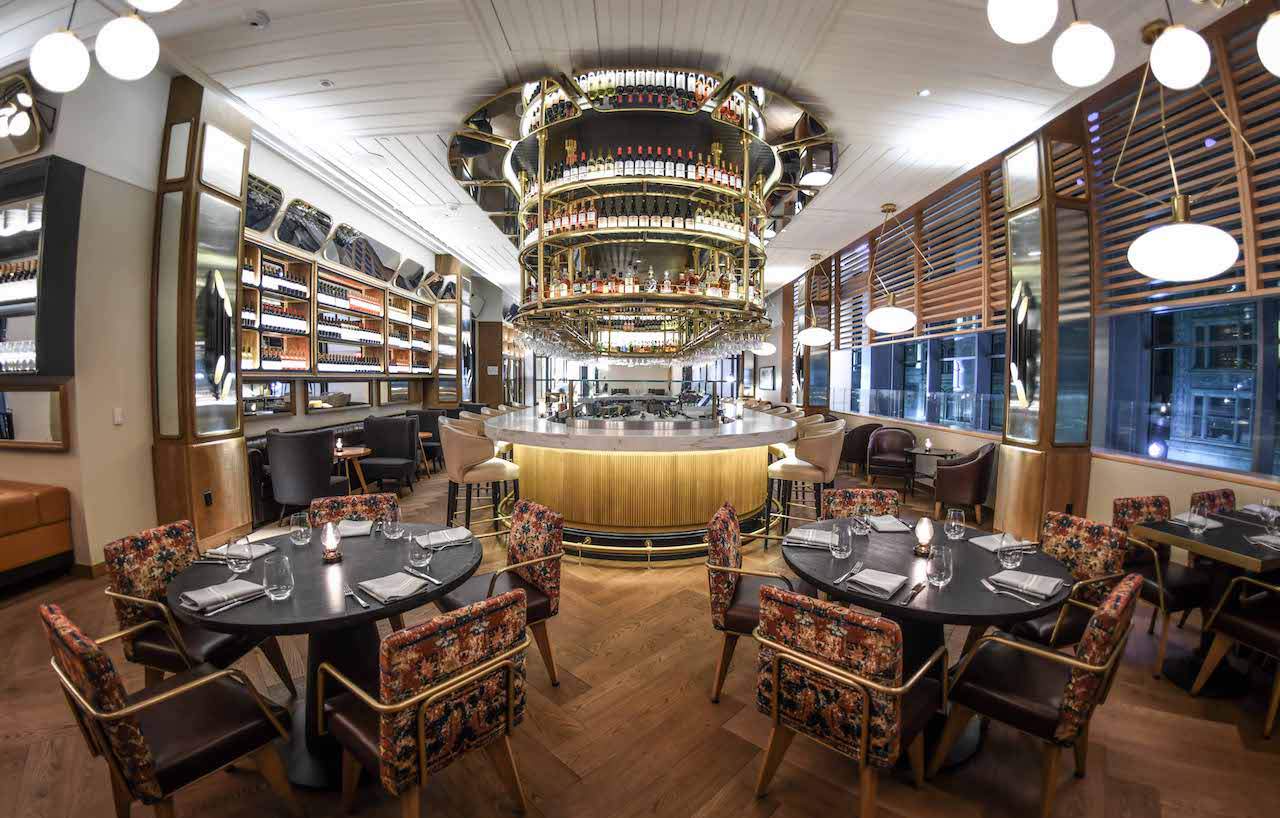 Fairmont Pittsburgh also has a sophisticated bar, Andys, named after the city’s most beloved modern artist. Located in the vast, open lobby of the hotel, the bar has a cocktail menu that changes with the seasons and live jazz music every Thursday-Saturday.

Yes, at a price. Unfortunately in the US it is standard practice for hotels to charge extra for WiFi.

Rooms start from $219 per night. If you’re flush with cash, you can book the ever-so-swanky Presidential Suite, which costs up to $4000 per night.

Pittsburgh is chock full of interesting museums and art galleries, many of which are walking distance from Fairmont Pittsburgh. Cross over the Roberto Clemente Bridge and walk another 10 minutes to reach the National Aviary. From here, you can also walk to The Mattress Factory, a collection of buildings containing a vast array of modern art. The Andy Warhol Museum and Heinz History Centre are also less than a 15-minute stroll from the hotel.

If you’re feeling peckish, head to Primanti’s, a sandwich shop and Pittsburgh institution that is just minutes from hotel. Their signature sandwich is stuffed with grilled meat, an Italian dressing-based coleslaw, tomato slices, and French fries, and was even featured on Man v Food.

If you’re travelling from the airport, the easiest way to reach the hotel is by Uber (it takes about 25 minutes). The nearest metro stop is Steel Plaza Station.