Rupert Parker drives from Stavanger to Bergen in Norway, stopping on the way to tackle some of the country’s famous trails.

Most people’s experience of the Norwegian fjords is from the deck of a cruise ship, but it’s more rewarding to set out on foot and explore. Of course, the geography dictates that the walks involve big ups and downs, starting and finishing at the fjord edge. It’s exhilarating and not for the fainthearted.

You may also like: An insane road trip through the Arctic Circle 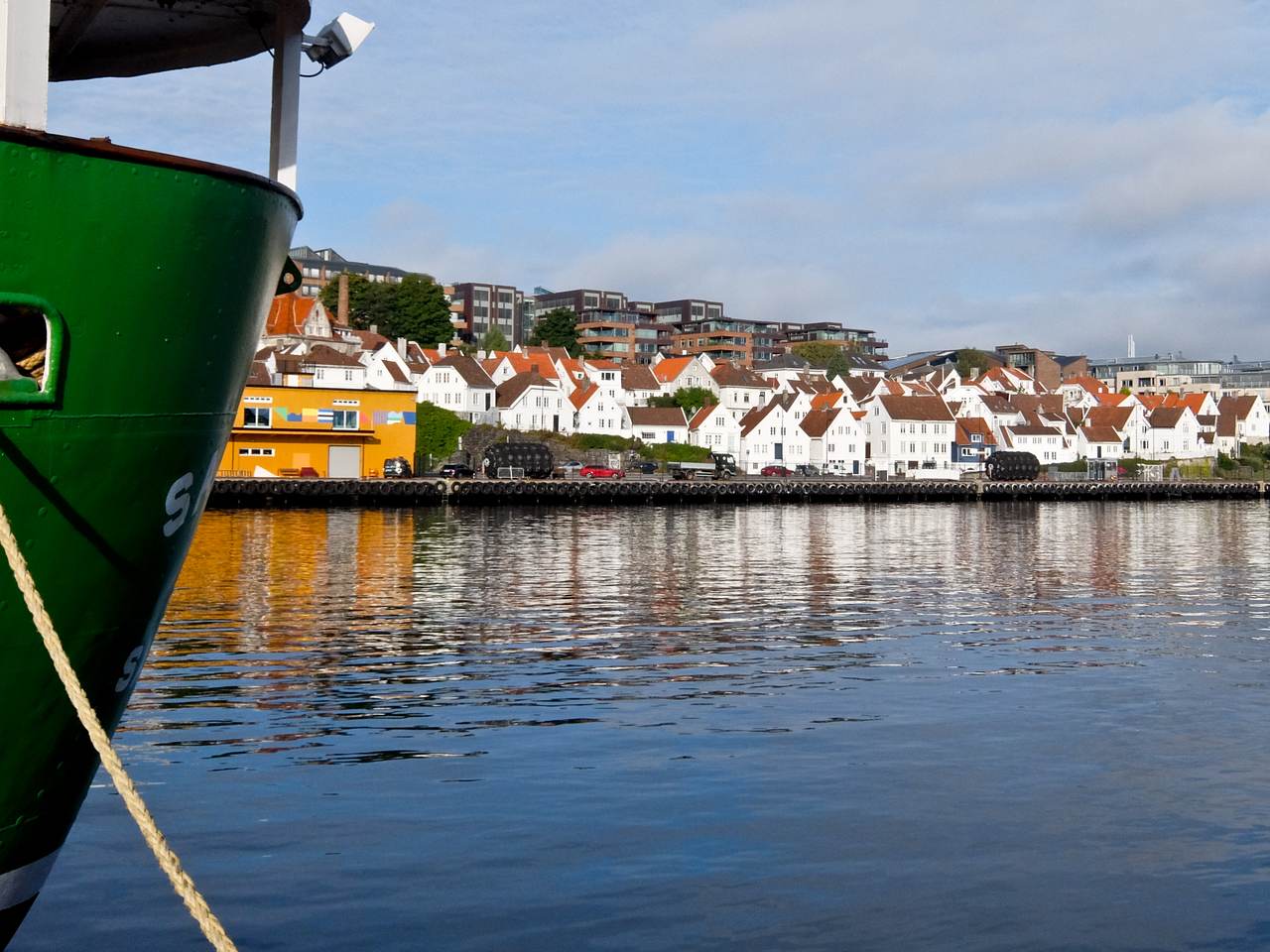 I fly into Stavanger and pick up my car. It’s a pretty port, tall-masted sailing boats moored in the harbour and rows of 18th century white wooden houses rising from the water’s edge. Normally it’s full of cruise ships, but the pandemic has put a stop to that.

This is Norway’s Oil City, the North Sea oilfields not far away, and the revenue supports several high-end restaurants. You can eat well here, as I find out during my three nights stay. 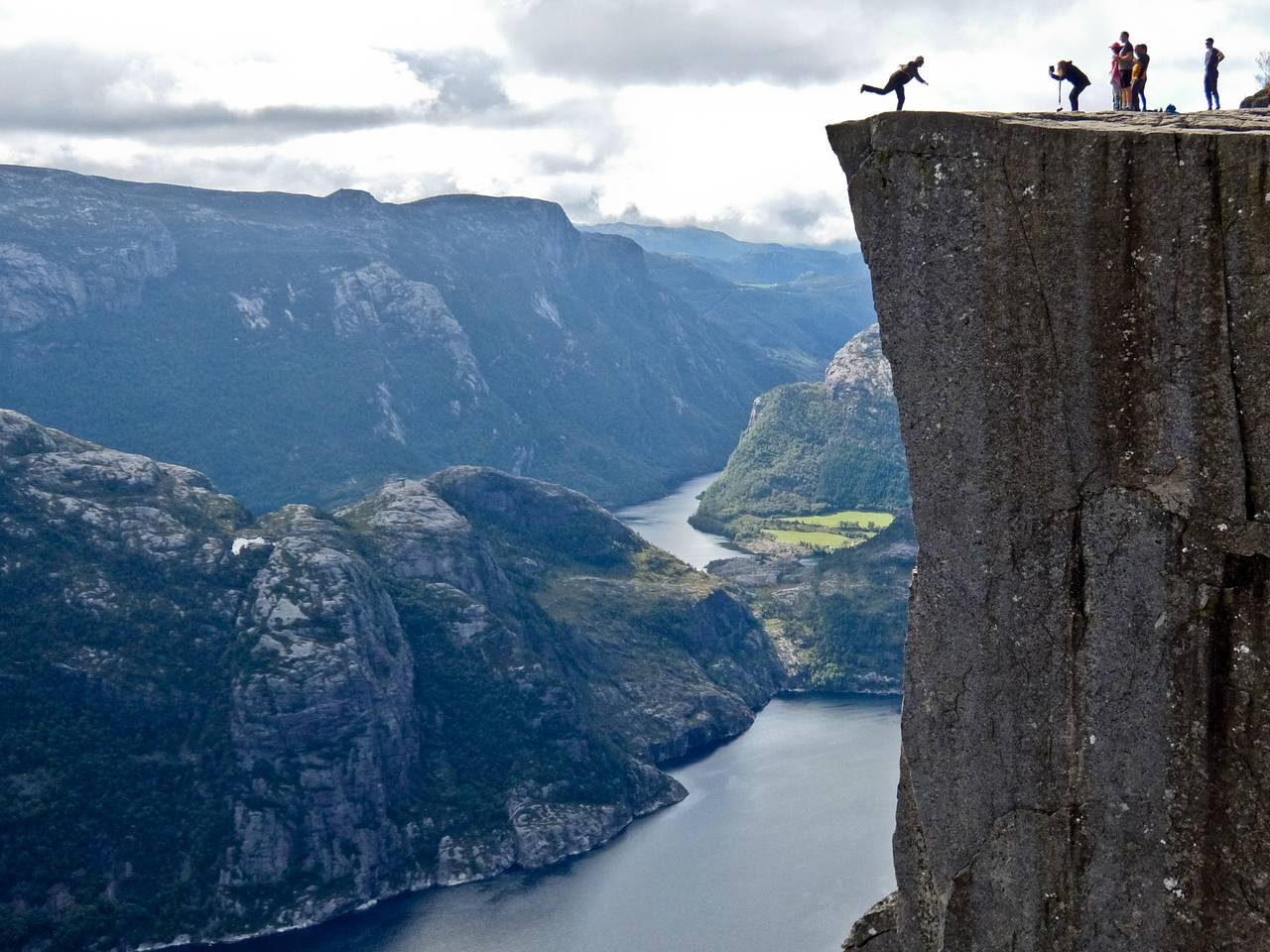 Norway has some long road tunnels, and my first day leads me through two, the longest over 13km. I’m heading east to Lysefjord, 42km long and one of the most beautiful. The target here is Preikestolen or Pulpit rock, high above the fjord, and it’s a popular climb with people of all ages. Still, it starts off steeply, then crosses boggy sections before levelling out at around 600m.

From this point, it’s an easy walk across white granite slabs with stunning views of the fjord below. Soon the rock itself comes into sight as you negotiate a narrow path along the cliffs. It juts out into the air, high above the water, and there are no fences or guard rails. Brave souls go right to the edge performing vertigo-inducing acrobatics for the cameras. I’m content just to take their pictures before descending and returning to Stavanger.

Today I drive south following the coast, mist still clinging to the shore, past tiny fishing villages and solitary lighthouses. In the past, this was known as the most dangerous coastline in Norway, but today it’s a pleasant scenic drive.

After an hour, I reach the attractive port of Egersund and turn inland. A narrow road leads to a small parking area, and I set off on foot into rolling hills.

There are no fjords today, just patches of water populating the boggy landscape. It’s an easy uphill climb and, just after a small lake, I come face to face with Trollpikken, a huge upright rocky protrusion named after the intimate anatomy of a Troll. Vandals in the 1990s planted explosives at its base with disastrous effect, but it’s since been re-erected. Two young girls scramble up its sides for a photo-call, and I’m happy to oblige.

I leave my base in Stavanger and head north through tunnels and even a ferry before arriving at Åkrafjorden. Cruise passengers take day trips here to see the Langfoss Waterfall; it’s a 612m drop making it one of Norway’sfinest.

The summer has been dry, so there’s not a huge volume of water, but it’s still spectacular, dropping directly into the fjord. It regularly makes the list of the world’s ten best waterfalls.

I set off steeply on foot, climbing an old mountain path linking the fjord to a farm on the plateau above the waterfall. It leads up through the pine forest, and I stop to catch my breath just above the treeline.

Below, Åkrafjord is laid out on the valley floor and high above,  and I can just make out the Folgefonna Glacier. At the top, hearing I’m English, a fisherman tells me that the RAF dropped copious supplies to the resistance, hiding here during WW2. He’s always on the lookout for any remaining but has been disappointed so far. 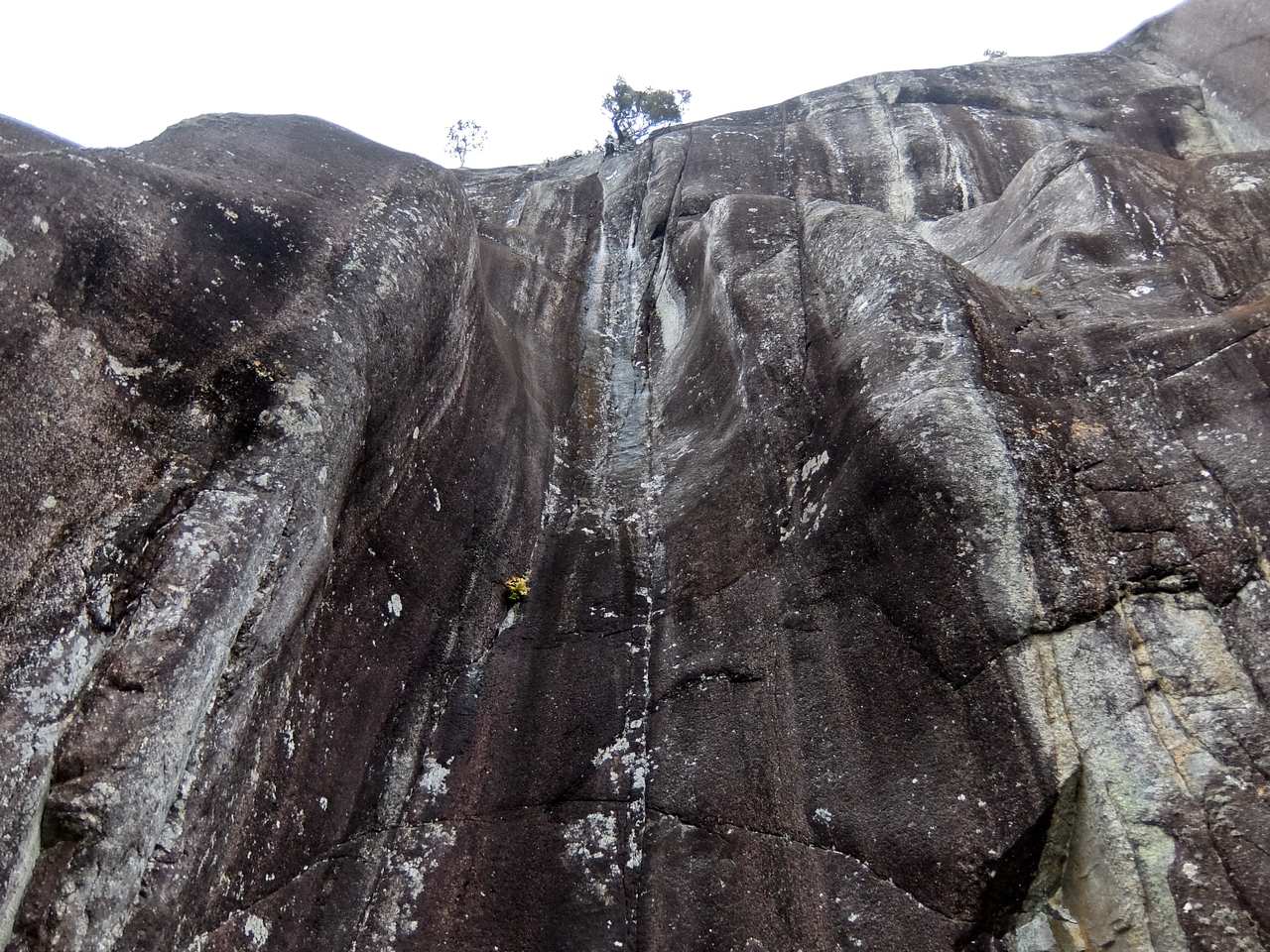 I spend the night at Åkrafjord, and the next day the owner of my lodgings is keen to show me one of the natural wonders of the area. To reach the Rullestad Glacial Potholes, it’s another steep climb, followed by the ascent of a sheer rock face, aided by metal rungs and chains. Fortunately, it’s dry, as this definitely should not be tackled in the wet.

Built into the rock face are the potholes, deep holes ground into the rock by water, ice and stones, during the last ice age. They occur as single, and doubles and most are partially filled with mud and water. Without a certain amount of physical fitness, they’d be impossible to get to. The guide tells me that they’re in the process of applying for UNESCO world heritage listing. 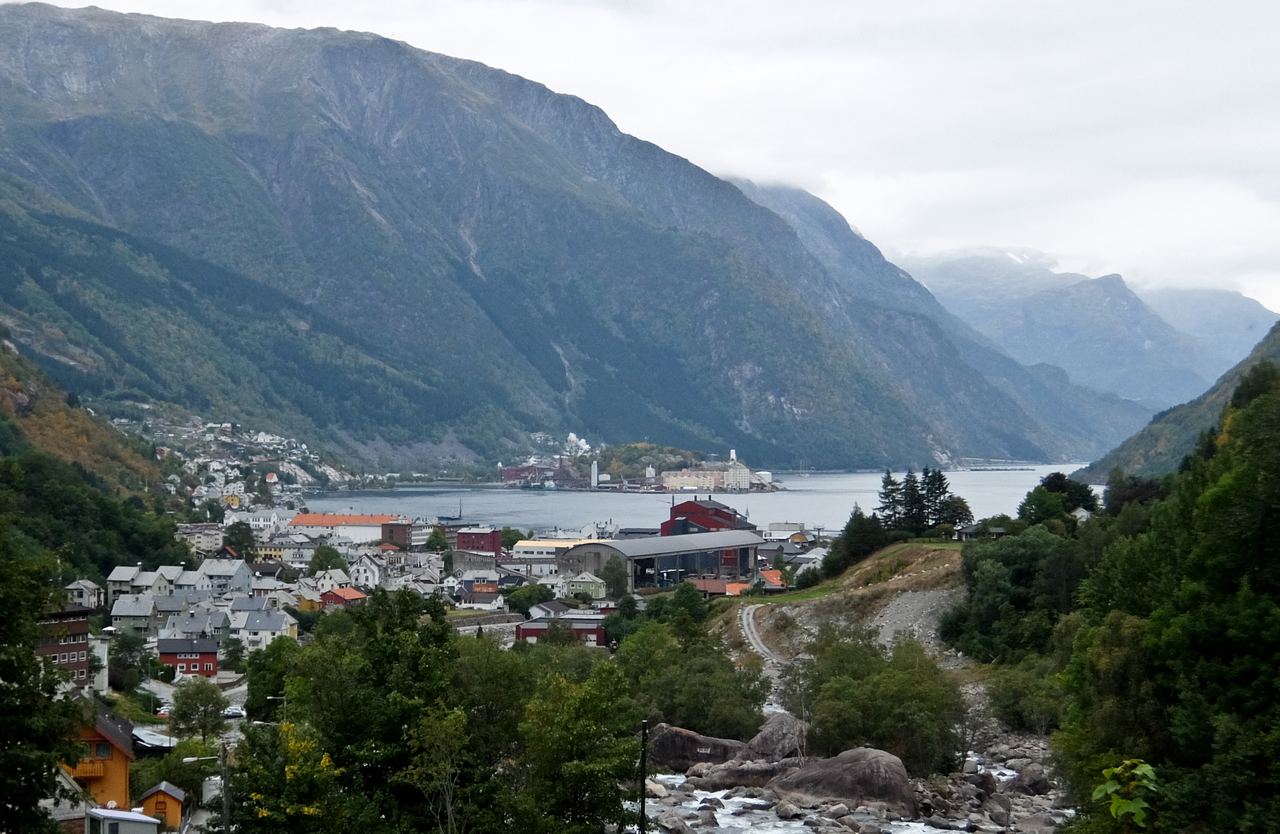 Driving further north, I arrive at the industrial town of Odda, at the top of Hardangerfjord, the second-longest fjord in Norway.  It makes a good base for exploring Folgefonna National Park and climbing to Trolltunga, the Troll’s Tongue. This is one of Norway’s most well-known hikes, partly because of its length, as you have to allow 8-12 hours for the return trip. At dawn, fellow hikers are already gathering in the car park, ready to make the most of the daylight.

It’s drizzling sporadically, and I climb on a broad wide track, past small lakes and waterfalls. The mist lifts now and then to reveal Lake Ringedalsvatnet below. I’m not alone, but it’s not crowded, and everyone has the same goal.

The Troll’s Tongue is a massive slab of rock jutting out from a cliff 700m above the lake, and I reach it in around 4 hours. The changing visibility makes it even more impressive, and I’m persuaded to walk to the edge for a photo.

From Odda, I drive North West to Bergen, with a stop to sample the apple juice at Spildegarden. Hardangerfjord has a microclimate which makes it perfect for fruit trees, and there’s been an excellent harvest this year. Just outside the town is Steinsdalsfossen, another spectacular waterfall you can walk underneath, but there’s no time to linger.

In Bergen, I feel I’ve reached the big city, but the location is attractive, and there’s still some hiking to be done. So I cheat by taking Fløibanen funicular to the top of Mt Fløyen at 320m and enjoy the spectacular view. Well-marked hiking trails lead into the forest and the hills beyond, but I’ll have to save those for another day.

You may also like: Chase the Northern Lights in Iceland

GUIDE: All trails are well signed, but it’s safer to take a guide from Trolltunga Active for Trolltunga,

FLY: Widerøe flies direct from London to Stavanger and Bergen.

STAY:
Hotel Victoria in Stavanger is right on the quayside.

Åkrafjorden Nature Bnb is handy for the potholes.

The Trolltunga Hotel makes a good base in Odda.

The Bergen Børs Hotel is a stylish establishment in the city centre.

The Fish & Cow in Stavanger serves both.

Bien Restaurant in Bergen has sophisticated cuisine near the harbour.