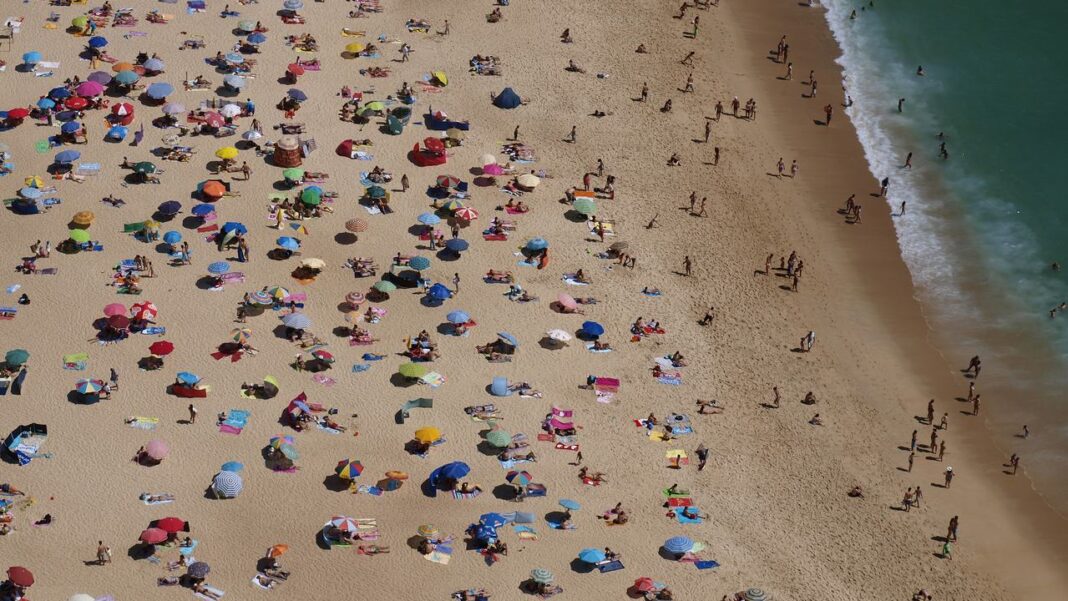 Amid the confusion about what amber in our traffic light grading system actually means there have been urgent pleas repeated ad nauseum by British PM Boris Johnson and Transport Secretary Grant Shapps & associates. Don’t travel to amber countries, they say, yet I wonder if anyone is actually listening.

Turns out that even as I type this, tens of thousands of Brits are on their way to fly and flop on a sunny beach in Spain.

what part of  “don’t go to amber destinations unless you really, really have to” do they not understand?

Frankly, the communications team could not have been more clear. After all what part of “don’t go to amber destinations unless you really, really have to” do they not understand?

Perhaps I can answer that very simply: the government has failed to legislate or impose any sort of sanction on anyone daring to escape to the Spanish coast and so the actual message being heard is probably more like “we’d rather you didn’t go, but ok if you really really have to”.

Perhaps amber for those currently on a flight out is the colour of a much-missed gorgeously sunny day where golden rays of warm light soften the mustard sands between their toes while being seduced into slumber by the lapping waves of turquoise waters.

Throw in a colourful cocktail and this becomes a compelling mind movie, sizzling with emotion doesn’t it? So can anyone really blame them for throwing caution to the wind?

Yet as I reflect on this I wonder, are they actually throwing caution to the wind? I imagine that they have consulted their inner travel expert who has mulled over the facts – probably in a nanosecond.

The calculations may have gone something like this; the Canaries and Balearics have done really well in subduing Covid. Plus almost half the Spanish population has at least received their first jab, and hey I’ve had a double jab and these vaccines are ‘highly effective’ against the Indian coronavirus variant.

Those that have gone deeper may have considered the statistics out of Spain showing the rate of Covid incidences is 67.7 per 100,000 over seven days and that Covid deaths are 48 per cent down on last week. Surely it is a risk worth taking in advance of the next green list review?

With those thoughts tumbling through the decision-making process the growing desire for escape no doubt trumps the inevitable inconveniences.

Let’s face it unless they are heading for the Canaries, they are most likely not going to be covered by their insurance policy. The FCDO is still advising against all but essential travel to this heady holiday hotspot – including the Balearic Islands – and that includes the much-loved Mallorca. This automatically invalidates travel policies.

Perhaps it’s just too easy to put one’s head in the sand at this irritating thought. Yet there is also the prospect of having to get vaccinated while there to return back to Blighty, then self-isolate for 10 days and endure two more tests – and at more than £100 a pop, the cost can hurt.

Just this morning Business Minister Anne-Marie Trevelyan was to the point: “The Prime Minister has been clear that, for now, amber means ‘please don’t go unless there is an urgent family reason and so on, because we are still trying to slowly move through our road map to being able to open up on June 21 and we want to do that in a steady and careful way.”

Erm, are you convinced? Not sure I would be if I were set on no-matter-what travel. The fact is emotions far outway the common sense of the logical mind and it can be argued that if the government truly wants to curb travel to amber list countries, surely it should come up with a far clearer message – by that I mean some sort of sanction? Or a more robust deterrent than just words.

Right now the latest figures reveal that more than 100,000 daredevil Brits are making a beeline to Spain this week alone. Perhaps we should just ditch the amber light altogether and have a two colour system instead?

I wonder who is sending who a message.