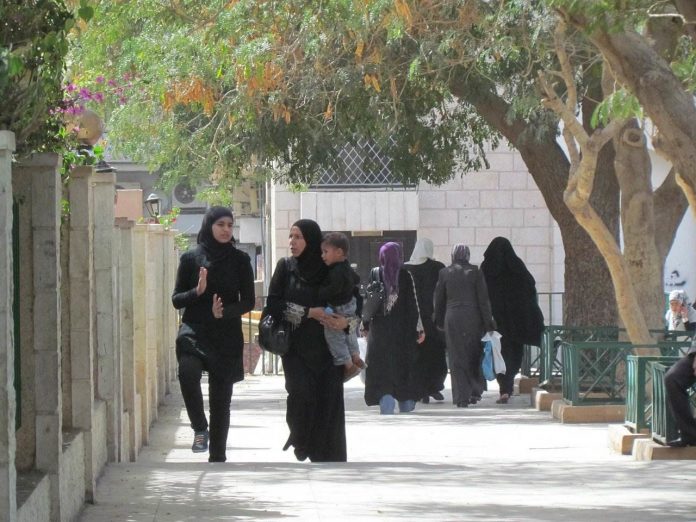 Tour operators throughout the country were notified earlier this week of a new visa regulation issued by Jordan’s Ministry of Interior. The directive stipulated that women travelling alone to Jordan from several eastern European and North African countries would be required to obtain special entry visas. The ministry notice gave no reason for the new regulation. But tour operators said the conservative government was trying to clamp down on the growing trend of prostitution in Jordan imported by women from these countries.

The decision was retracted on Wednesday morning after tourist operators working with these countries protested to the government. Industry people were concerned this would damage their incomes and discourage tourists from these destinations to come to Jordan. Interior Ministry officials explained the retraction, saying they wanted to avoid any misunderstandings with nationals of the countries targeted by the decision, the Jordanian daily A-Rai reported.

The original regulation singled out women between the ages of 17-40 from Ukraine, Estonia, Russia, Romania, Bulgaria, Moldova, Tunisia, Algeria, Morocco, Belarus, Uzbekistan and Armenia. It excluded women from these countries who were accompanying their husbands, travelling in official delegations or daughters of high-ranking officials.

Jordan’s tourism industry relies heavily on visitors from these destinations, especially from Russia, Bulgaria and Romania. Sameer Baitamouni, the operations manager for the Amman-based tourist office of Abercrombie & Kent, says prostitution is indeed a problem in Jordan, although the practice remains largely behind closed doors and is less apparent on the streets.

“At the end of the day this is a conservative, Arab Islamic country,” Baitamouni says. “People don’t like seeing Russian girls wearing short skirts walking on the streets.” He admits that the original regulation, which intended to scrutinize the entry of potential prostitutes, was justified from a social standpoint, given the conservative nature of the country, but bad for business.

Jordan has become a thriving business hub for Westerners since the war in the neighboring Iraq began in 2003. Businesspeople, journalists, diplomats, contractors and soldiers work in Iraq but use Jordan, which is relatively safe, as their base. The boom in foreigners has also seen an upsurge in escort services in the country.

Tamer Khweis, a Jordanian human rights lawyer, does not believe in a direct correlation between the increased number of Westerners in the country and the rise in prostitution. It is more likely linked with the lenient approach the Jordanian government has taken over the past five years toward opening night clubs in order to attract tourists, he says.

The nightlife boon has driven eastern European women to Jordan to seek employment as waitresses or bartenders. They frequently resort to prostitution for the additional income, Khweis believes. “I truly don’t think it’s organized,” he says, downplaying speculation of human trafficking. Prostitution in Jordan largely remains discreet, but is known to be common. It is not a matter debated in the media. “It’s an underworld business,” Khweis says. Al-Qa’ida took credit for the bombing of an Amman hotel frequented by Westerners in November 2005, explaining they were targeting “filthy entertainment centers.”