If you’ve grown up with American music, particularly jazz and blues, and are familiar with the lyrics, then St. Louis and Kansas City will be drilled into your DNA. A chance to explore these cities, and also drive a section of the iconic Route 66, is a dream trip for any music fan.

Start in St. Louis, famous for the blues song of the same name, get your kicks on Route 66, listen to country music greats in Branson, and end in Kansas City where jazz came of age. 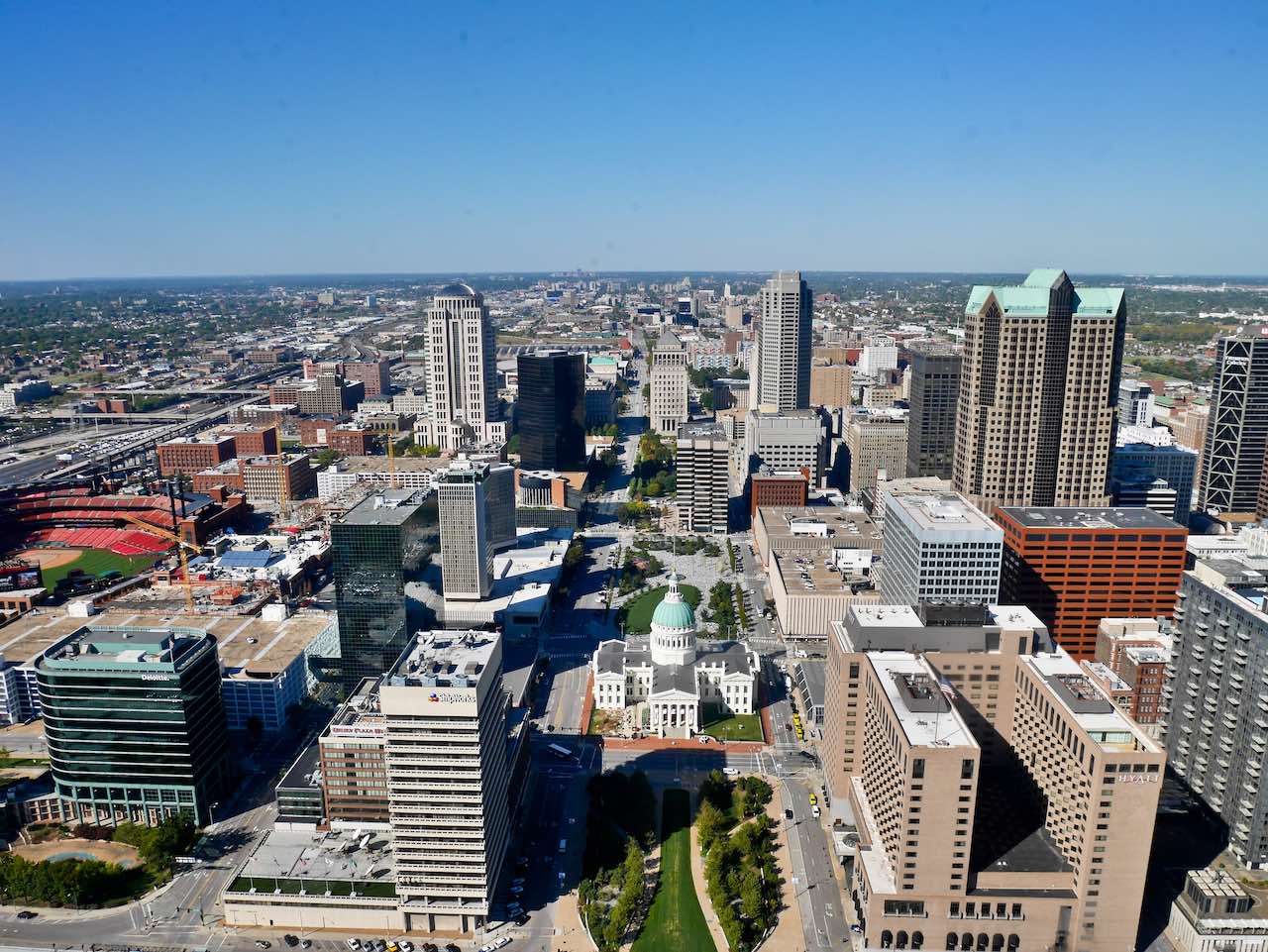 I start in St. Louis in the far east of Missouri on its border with Illinois. WC Handy published his song St. Louis Blues in 1914, the first blues sheet music, inspired by a woman he heard singing here in the street way back in 1892. The National Blues Museum, in the heart of downtown explores the history and impact of the music. It does this through a remarkable collection of photographs and videos and is well worth a visit. 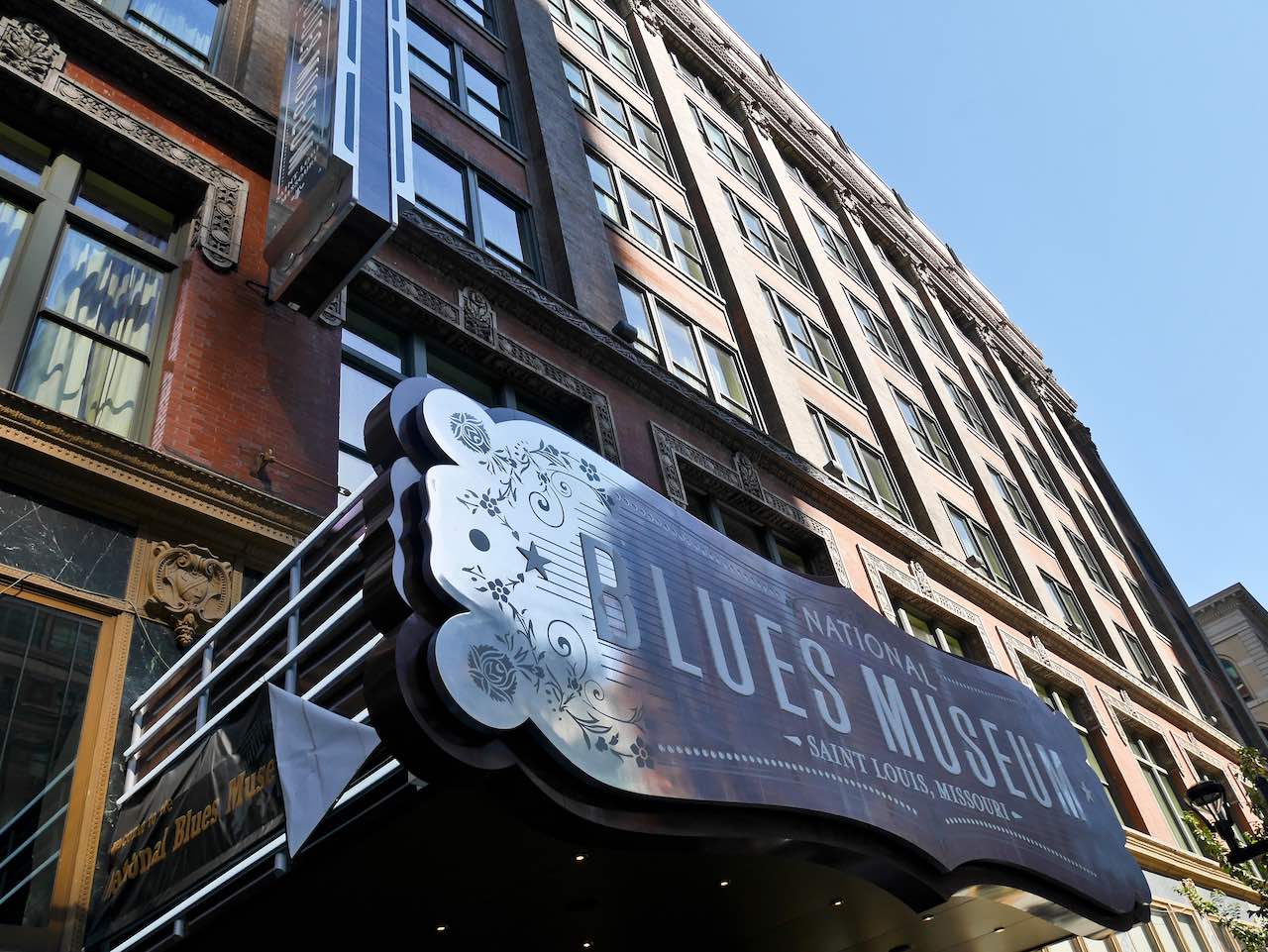 The famous rock and roller, Chuck Berry was born here and, until he died in 2017, used to play every month at the Blueberry Hill club in the Delmar Loop. There are still a cluster of blues and soul places downtown on Broadway where they have live music most nights.

The city was known as the “Gateway to the West” in the era when pioneers were setting out to populate the rest of the US. It was the last outpost of civilisation before people ventured out into the unknown and the iconic Gateway Arch celebrates the early 19th-century explorations of Lewis and Clark and America’s westward expansion in general. 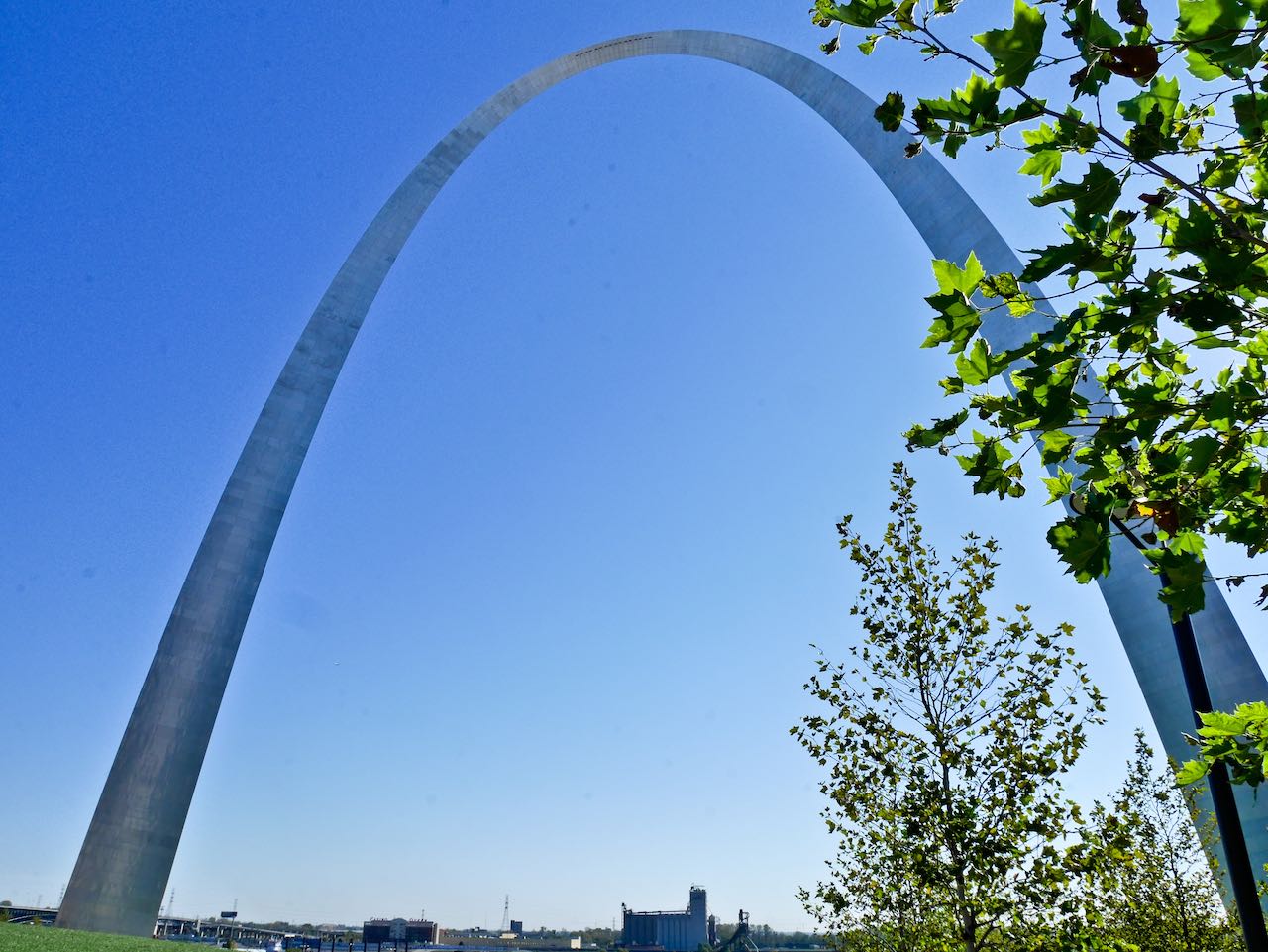 It was completed in 1967 and sits on the banks of the Mississippi, rising to nearly 200m, so can be seen from everywhere downtown. The structure is actually a giant doughnut sandwich made from stainless steel on the outside, carbon steel on the inside and concrete in the middle.

You can actually take a train round the arch, crammed into an eight seater pod which takes four minutes to climb slowly upwards. At the top you get out and view the city through 32 slit windows.

From St. Louis, I set out west on Route 66 to Springfield, where the plan for “the shortest, best and most scenic route from Chicago through St. Louis to Los Angeles” originated in 1926. Main transcontinental routes were meant to be multiples of ten, so it was originally designated as Route 60. However Kentucky claimed that number, so it became U.S. 66, and spawned the famous song. The Interstate Highway System, the brainchild of President Eisenhower in 1950’s, replaced most of it and I-44, through Missouri, largely follows the original route. It takes me past the Route 66 Red Rocker, one of the world’s rocking chairs and a Vacuum Cleaner Museum before arriving in downtown Springfield.

Did you know that Route 66 is the most Instagram-worthy road trip in the world?

The big attraction in town is the Wonders of Wildlife which includes a whole range of stuffed animals prowling western dioramas. It’s the creation of local boy made good, Johnny Morris, who started with a bait shop but now has a multi-million dollar business selling hunting and shooting equipment. Most impressive is the 1.5 million gallon aquarium, home to 800 species of sharks, rays, jellyfish and eels. 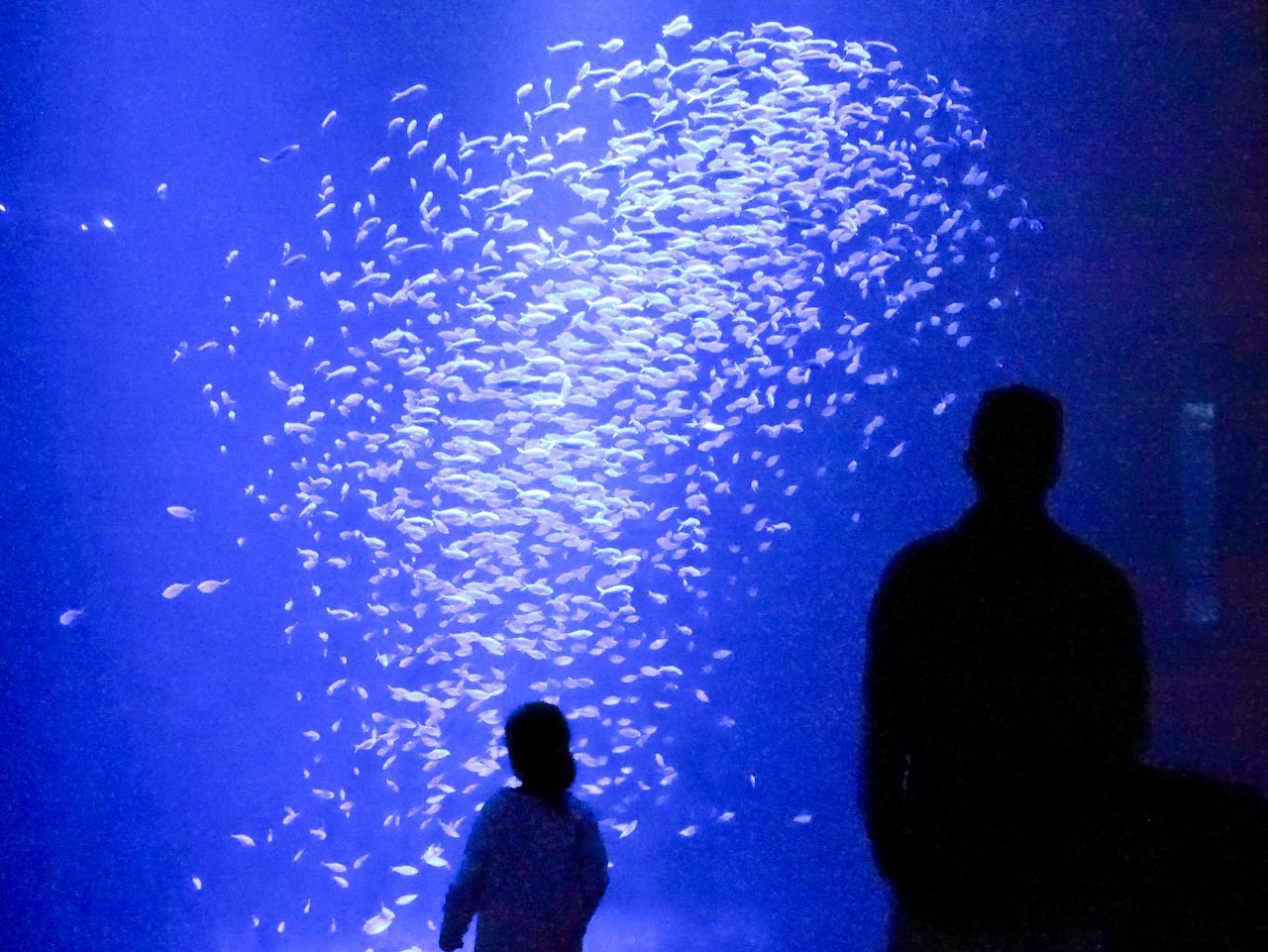 From Springfield, I leave Route 66 and drive south into the Ozark Mountains. The road begins to climb and the landscape gets wilder. I pass the town of Ozark, the fictional home of the Beverly Hillbillies, and arrive in Branson. The scenic natural beauty of the lakes and forests here, as well as the deep Marvel cavern, attracted early 20th century tourists. Silver Dollar City, a re-creation of a frontier town, opened in 1960 and music attractions include white gospel groups and old time dancing to string bands. 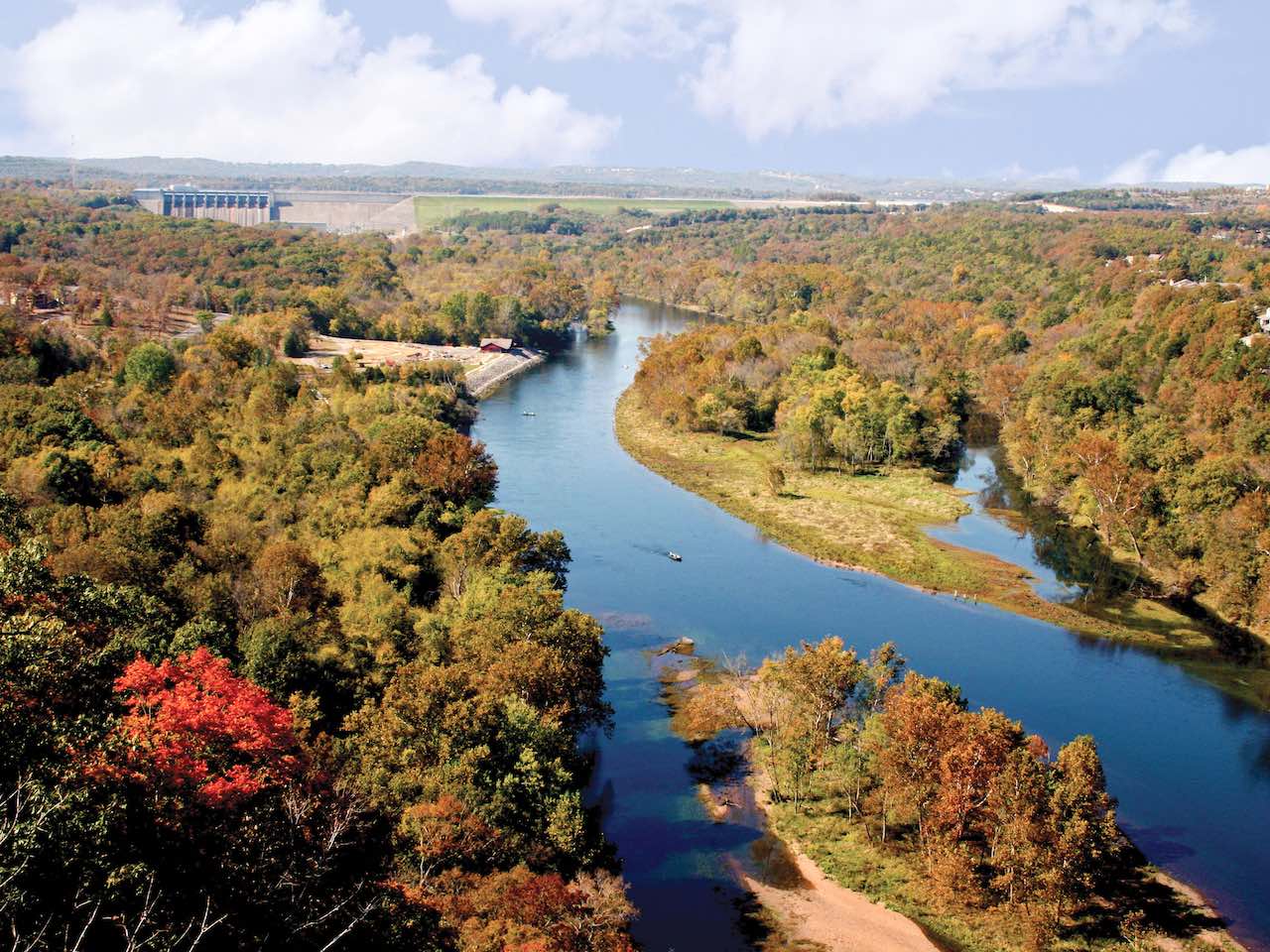 Branson really took off when the Roy Clark Celebrity Theatre opened and began to bring in famous country music stars. They included Andy Williams, Glen Campbell and Tony Orlando who in turn built their own theatres. Now the town bills itself as “the live music show capital of the world”. It’s a bit like a mountain Las Vegas, without the gambling, and the coach parties love it. They even have a Titanic Museum.

I catch a number of shows including the Million Dollar Quartet at the Welk Resort Theatre, Raiding the Country Vault and Clay Cooper’s Country Express. The highlight though, is a one off appearance by black country music legend Charlie Pride who at 84 is still in fine voice. Of course he sings all his hits but he also reminisces about growing up cotton picking in Mississippi and encountering country music greats.

Retracing my route back to Springfield, I wave goodbye to Route 66, which carries on west to Oklahoma City and point my car north, to Kansas City, schizophrenically straddling both Missouri and Kansas. The Missouri part includes the historic 18th and Vine district where, in the 1920’s and 30’s, notable jazz musicians got their start. It was all down to a corrupt major called Pendergast who ignored prohibition and let the mobsters run the area. Charlie Parker was born in the city. Count Basie was a regular, and late night jam sessions were the order of the day.

These days most of it has been demolished, although parts of the film Kansas City were filmed here, recreating the famous facades some of which still remain. The American Jazz Museum in a new building is slightly underwhelming, but has potted histories of Charlie Parker, Duke Ellington, Louis Armstrong and Ella Fitzgerald. They do have live jazz here on regular basis and there are plans to stage more music in the area. 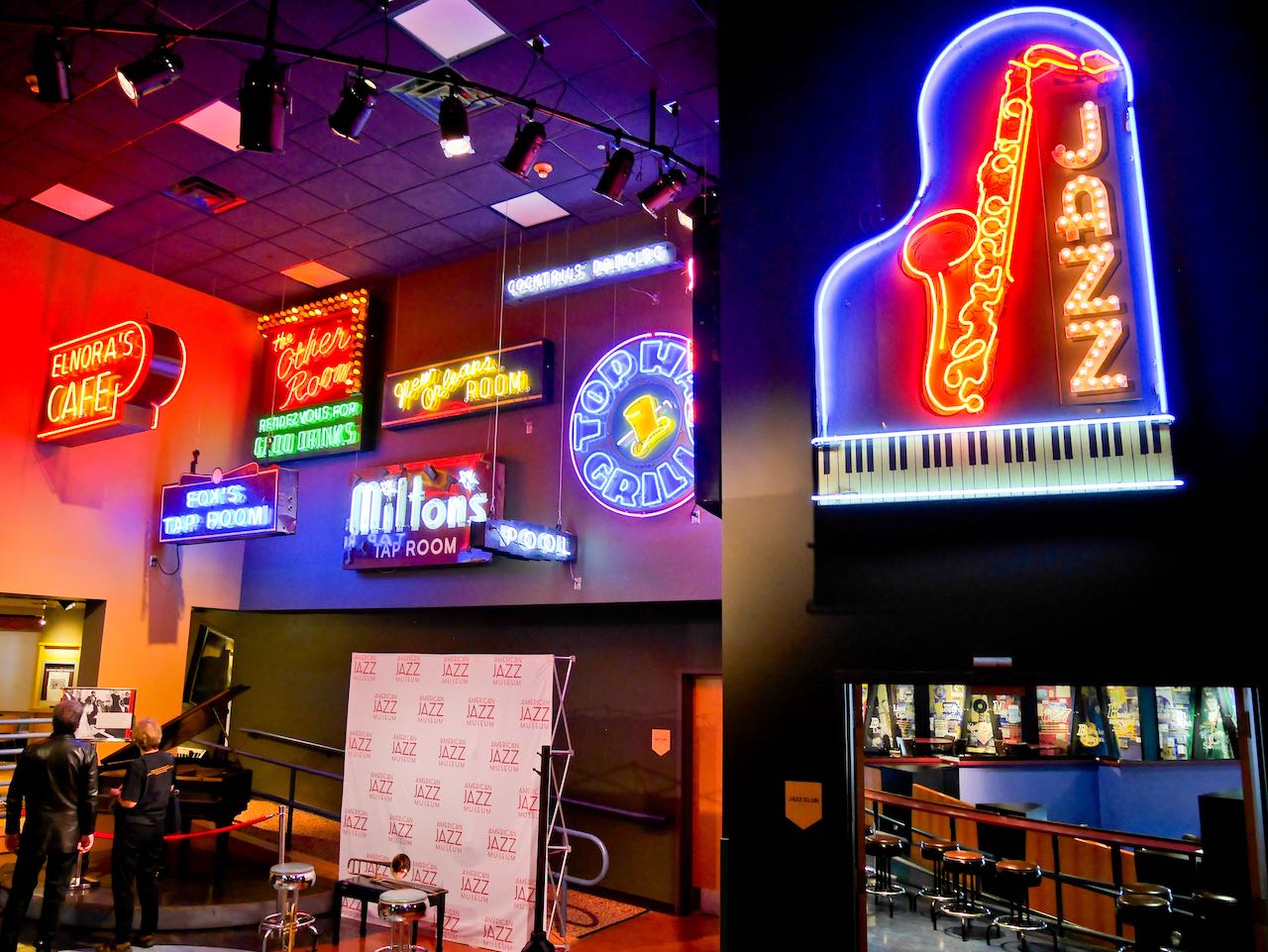 If you’re interested in history, the Arabia Steamboat Museum has artefacts from the paddle steamer Arabia which hit a log on the Missouri and sank in 1856. It remained undisturbed until 1988 when a local family found its remains buried underground. The cargo contained plates, boots, tools, champagne, cognac and even pickles, all bound for settlers in the west. It’s an incredible time capsule of what was needed for life on the frontier and they’re still sorting through over 200 tons of treasure. It’s strange to think that, not so long ago, the area that I’ve travelled through was classified as the great unknown. Indeed the territory belonged to France until 1803 and it was only a year later that Lewis and Clarke set out on their journey of discovery.

These days there’s still lots to explore, not least the bright lights of the big cities. Outside those, though, settlements are few and far between and it’s the quietly undulating landscape that sticks in my mind. And don’t forget to bring an appropriate selection of music to provide a soundtrack for those long drives.