If there is any sign of hipster in you, then you may like a night or two in Tibilisi’s first design hotel – Rooms Hotel. Part of the Adjara Group Hospitality, it has a central location in the Vera district, an area that has been dubbed the intellectual neighbourhood. Indeed the hotel is housed in a former publishing house that existed during Soviet rule (1921 to 1991) and the entrance leads directly into a library – with sensational floor tiles – a setting that talks to that heritage. 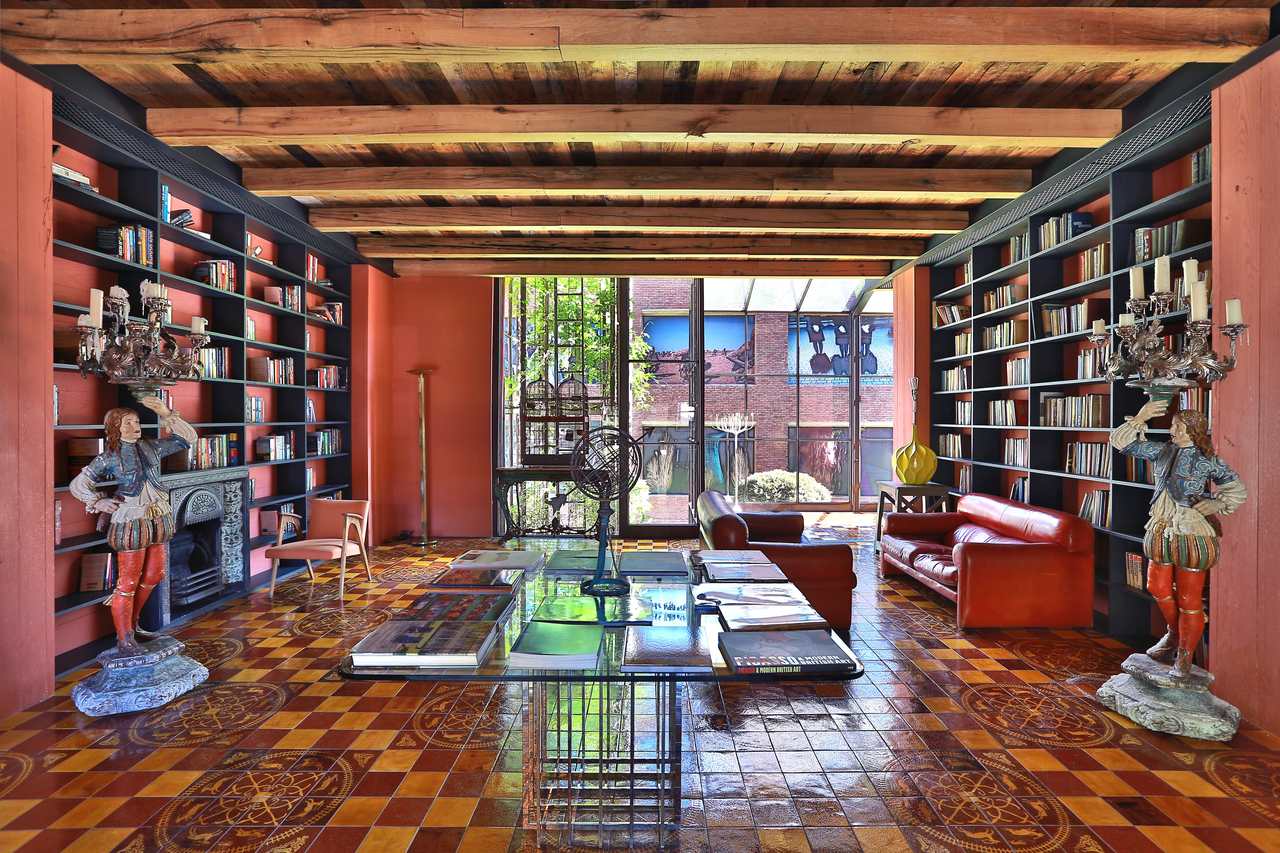 It has an aura of mystery with a reclaimed wood slatted frontage trimmed in dark metal. Dark glass doors are opened as you approach by a uniformed bell hop who may well have walked off a The Grand Budapest Hotel film set.

The 24-hour reception is to the left, looking demurely dark, with dim lighting and dark wood but it is lit up by a team of smiling staff – enough to ensure queues are kept to a minimum when checking in. Though there is plenty of wood, a grey marble staircase leads to the floors but of course there are two lifts.

The walls of the bar and lounge area have eccentric and snazzy artwork by Georgian and Italian artists that are certainly worth gazing at for a moment or two. There’s also unusual pieces of furniture and comfortable melt-into sofas that make lingering a pleasure.

City breakers looking for hipster chic with luxury thrown in would love this hotel. Business travellers are well catered for with five conference rooms.

There are 125 rooms over eight floors that ooze with the 1930s New York vibe. There are eight categories, but at the very least you’ll have a writing desk, TV, retro style bluetooth Marshall speakers which you can plug your device into for a great sound. There’s no wardrobe but a place to hang your clothes and a mini bar, a leather upholstered (and very comfy) bed and an armchair and heavy curtains. And an unexpected medieval styled chandelier.

Also, a thumbs up for having an actual bedroom key – no more having to frustratingly return to reception to reset the plastic card key when it decides not to work. 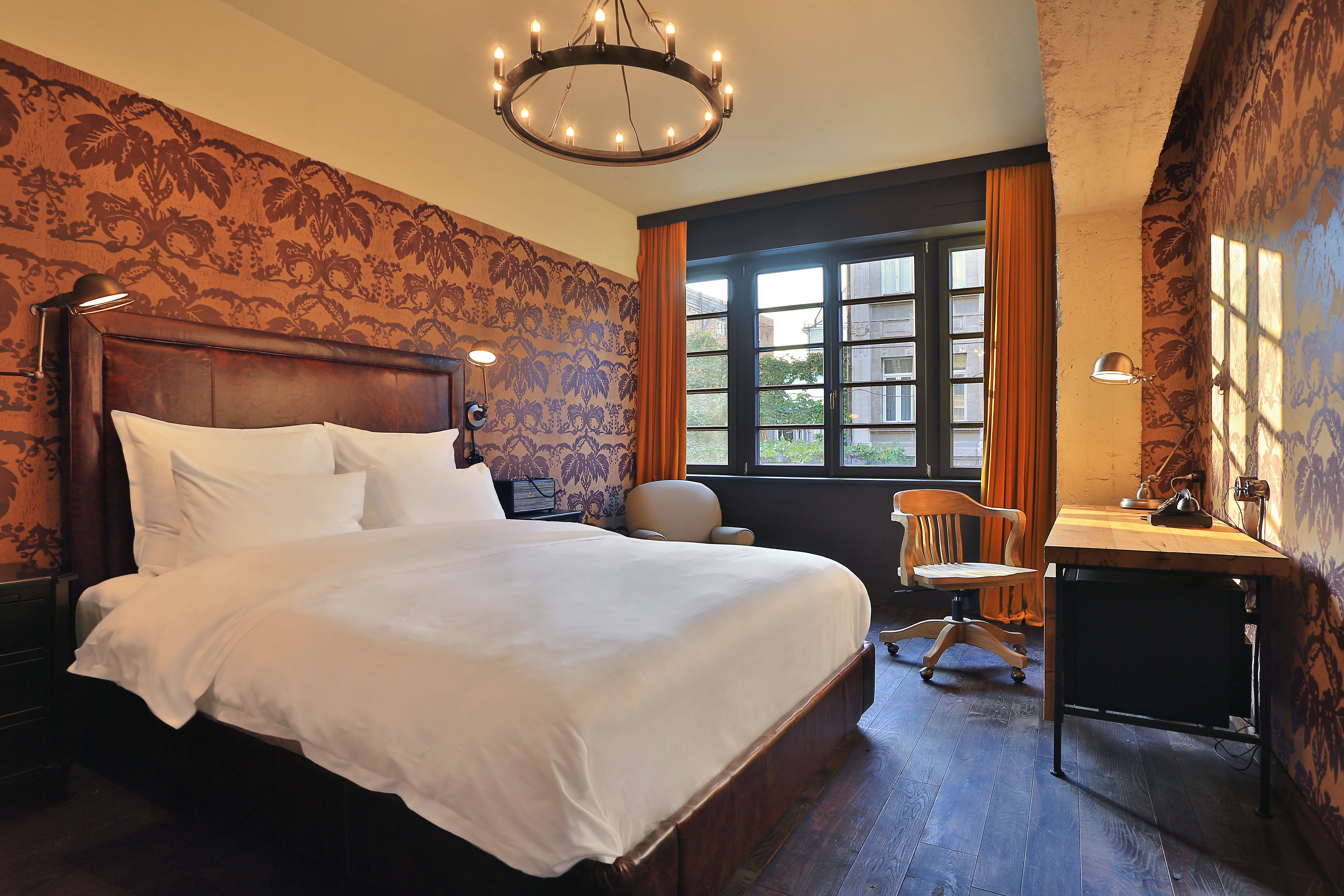 Bathrooms vary –  some have a freestanding bath and some offer a rainfall shower. The most basic have a hand held shower. Standard rooms – Queens – have a marbled sink but not much in the way of space to place your toiletry bag. However they do provide Prija toiletries and surprisingly, a selection of condoms.

The showers have slatted wooden floors – even in the shower area – which feels good underfoot – the wood is a decorative theme of the hotel. The hotel says they sanitise these daily.

Breakfast is served until 11am offering a fantastic spread with plenty of Georgian specialities and even gluten free cakes and cooked breakfast. 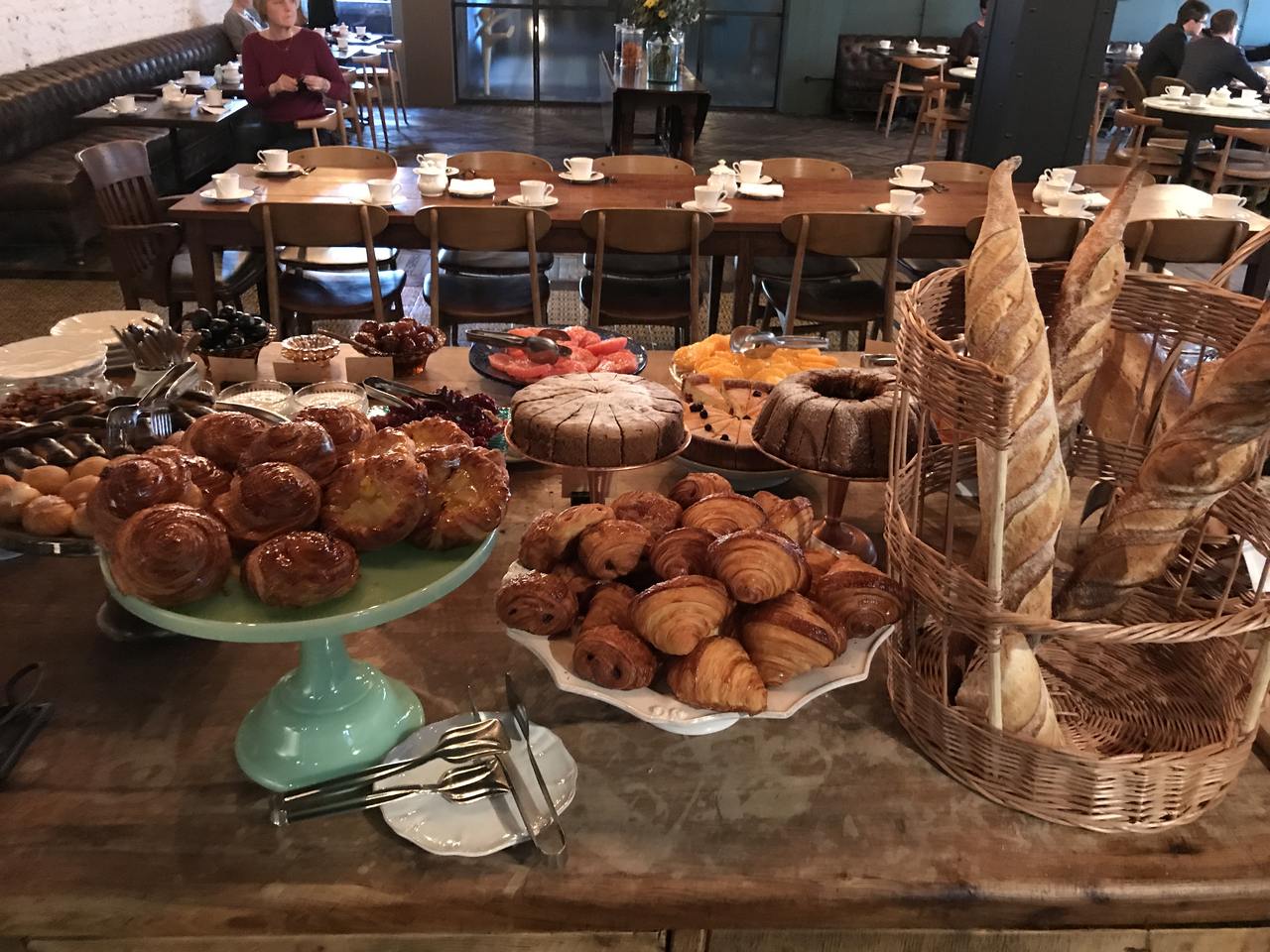 The Kitchen Restaurant seems to be a bit of a hot spot. There’s an alfresco dining section too. There’s bar with a seating where you chill with a cocktail or two as music plays and a lounge with a fireplace around which you can hear the murmurings of intellectual talk.

There’s a gym, a garden and 24-hour reception desk. Ask at reception for a tour of the city and its various neighbourhoods.

Yes and its free and consistently powerful throughout without any need for a password.

Opposite is the trendy and lively Lolita bar and restaurant within a pseudo-Gothic house and a space that has always attracted creatives.

Nearby is the concert hall with the lovely muse statue. There are bars and restaurants dotted everywhere and a 20 minute saunter takes you into the old town. Just turn left from hotel along Chovelidze Street and left onto Rustevelli Avenue towards Freedom Square taking Kote Abkhazi Street into the old town.