Sri Lanka is a compact country, not much larger than Wales, but has ancient cities, hillside tea plantations, wildlife sanctuaries and, of course, glorious beaches.

Getting around the country is relatively simple, with a good network of buses and trains, but to get the most out of your visit the best way is to hire a car with a driver. It’s not expensive, less than £50 a day including the driver’s meals and accommodation, and it gives you the flexibility to stop whenever you want. The added benefit is that many of these drivers make excellent guides, just make sure they speak good English. You can do this itinerary in a week, but it makes sense to spend longer to give you time to linger. 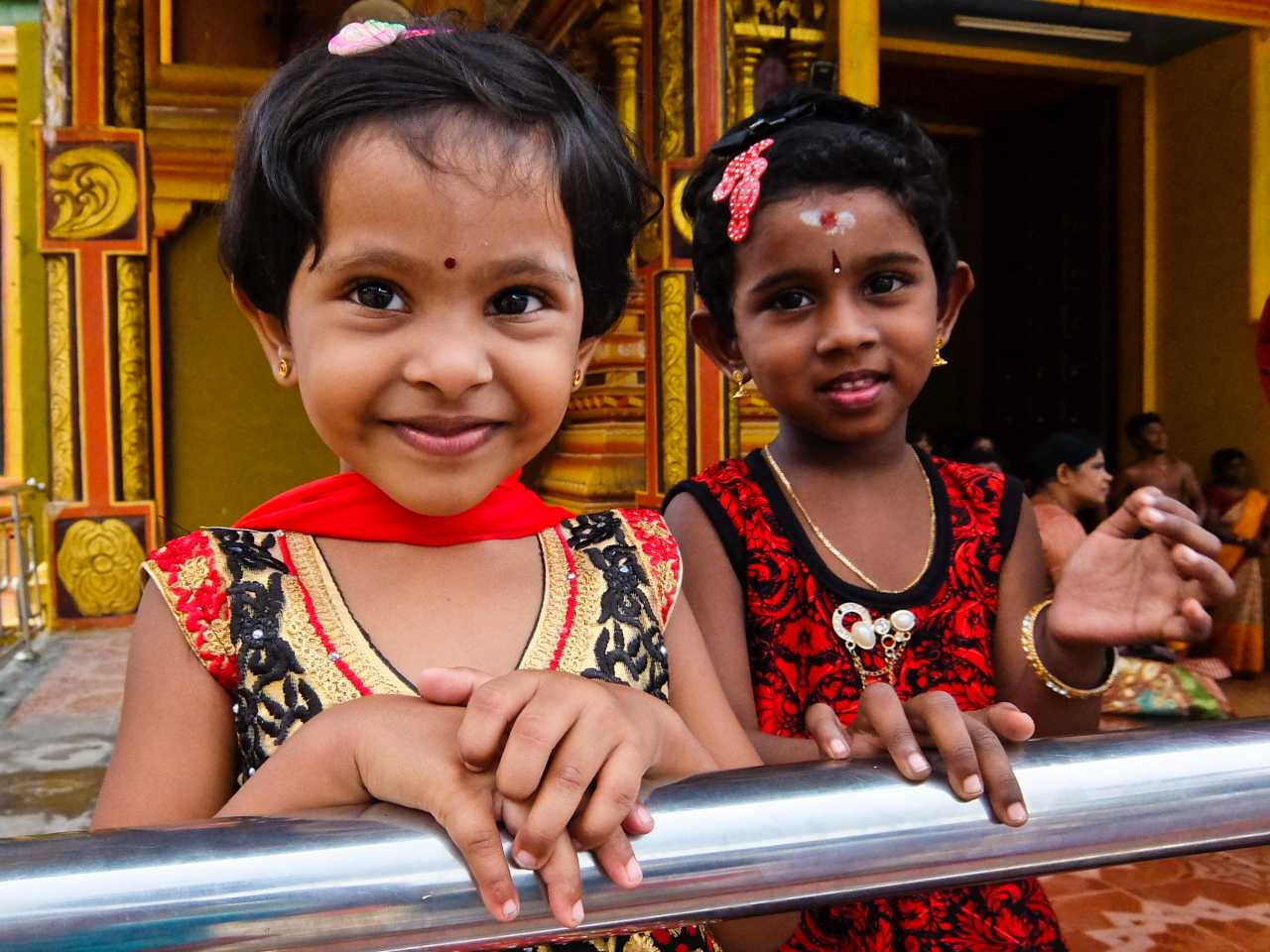 After a long flight, it’s worth stopping for a night in Colombo and the city is less than an hour from the airport. Of course like most Asian cities it’s rapidly growing a selection of high rise buildings, but it still retains much of its leafy charm, partly because investors shied away during the long civil war. Explore its narrow lanes, lined with colonial buildings to get a sense of the old Colombo and sights include the National Museum, the Gangaramaya Buddhist temple, the restored Old Dutch Hospital, and the busy markets of Pettah. 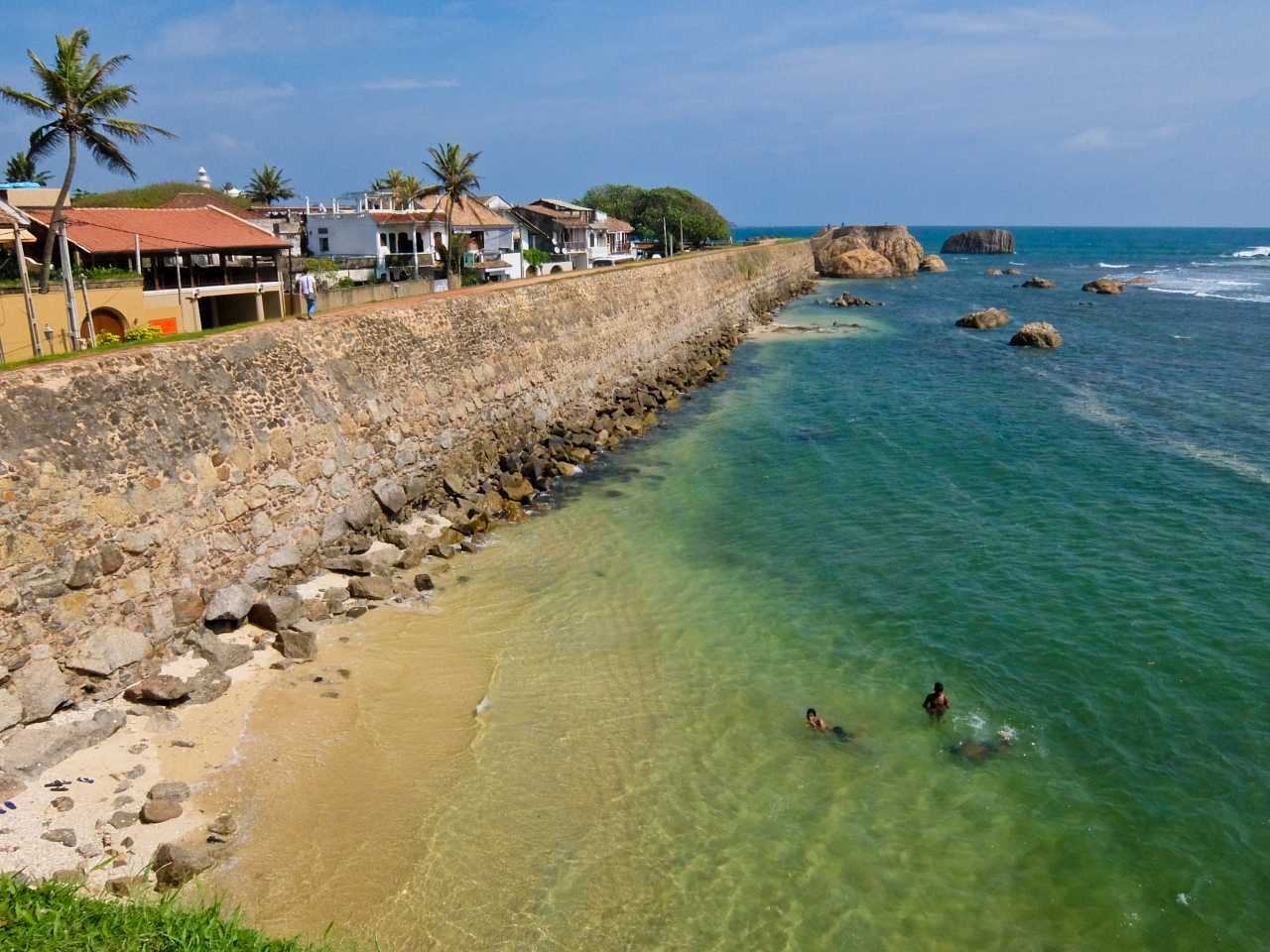 There’s new highway linking Colombo with the south and it only takes around two hours to cover the 128 Km to the city of Galle. The 18th century Dutch fort area is a UNESCO world heritage site and is the best example of a fortified European city in South Asia.

Remarkably, in spite of the boutique hotels and handicraft shops, it’s still a working town with the law courts and schools drawing locals every day. It can get hot here so walk the ramparts and get some cooling sea breezes, watching local boys leap into the ocean. The 17th century Dutch Reformed church is worth a visit, but best just to wander the narrow streets past tumbledown colonial buildings and soak in the atmosphere. 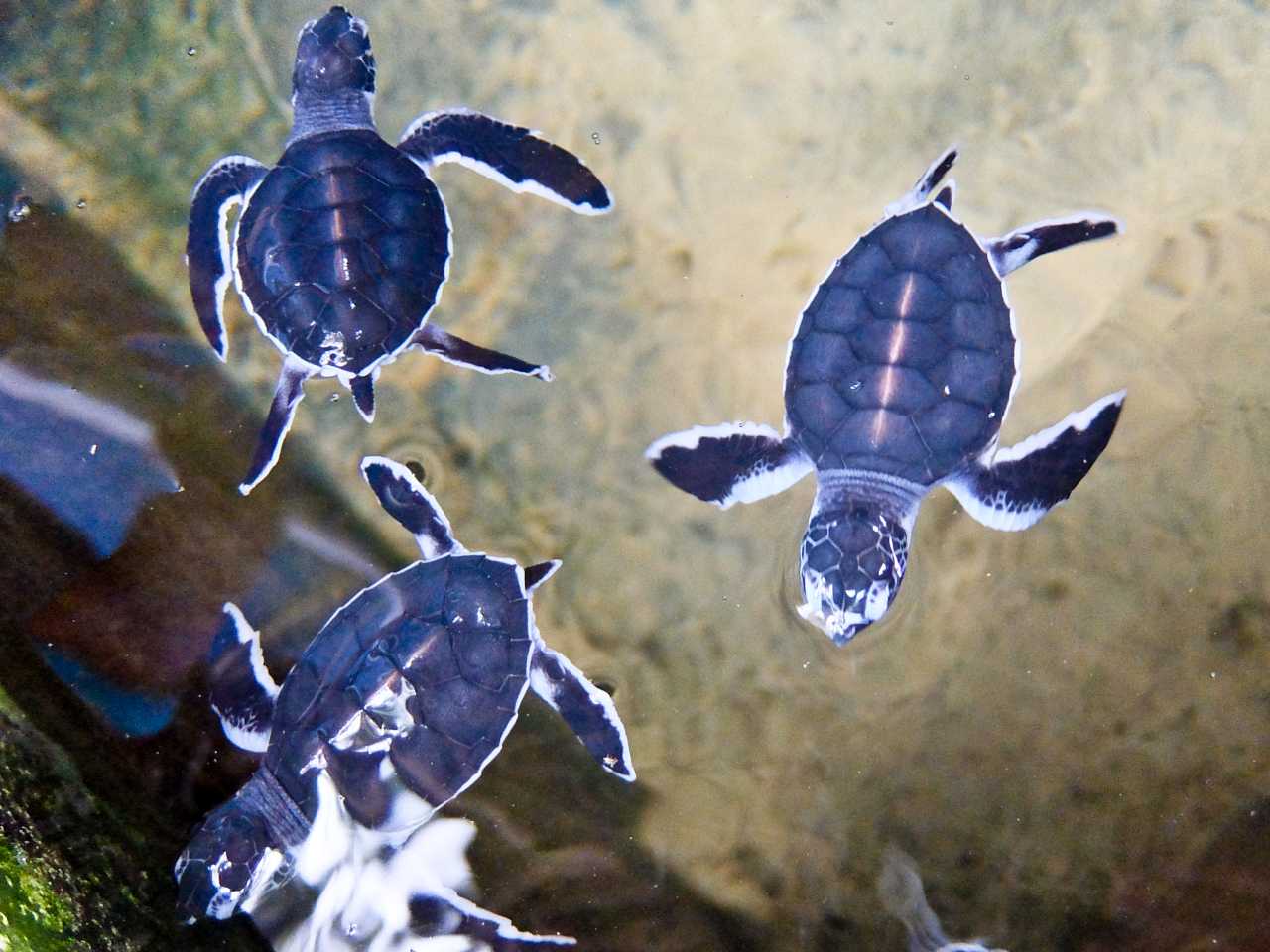 Heading east along the coast it’s worth visiting the Kosgoda Turtle Hatchery. The beach here is a prime nesting site for turtles but locals have a taste for their eggs so they’re often stolen. The good folks at the hatchery either collect them from the beach, or buy them at the market, and incubate them until the hatchlings break out. They’re then released back into the sea after a few days. They also rescue injured turtles and you can see a few specimens here. 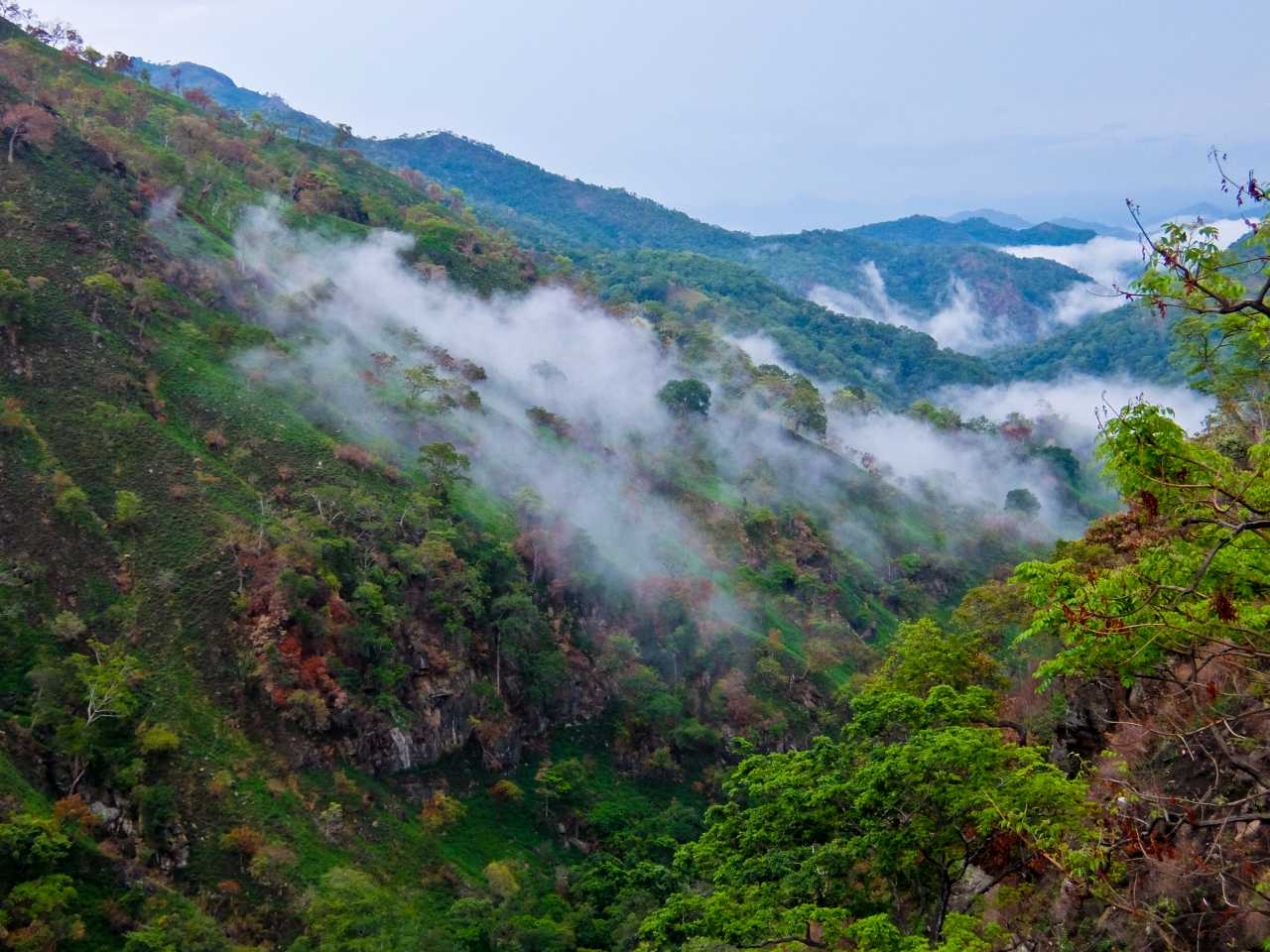 Turning north and climbing up to hill country, it’s a gruelling six hours on narrow winding roads to cover 253 km. The climate noticeably cools and the vegetation changes. It’s worth stopping at Ella, at 1,000 m, for scenic views of jungle covered mountains, notably through what they call Ella gap, a niche in the hills by the side of Ella Rock. 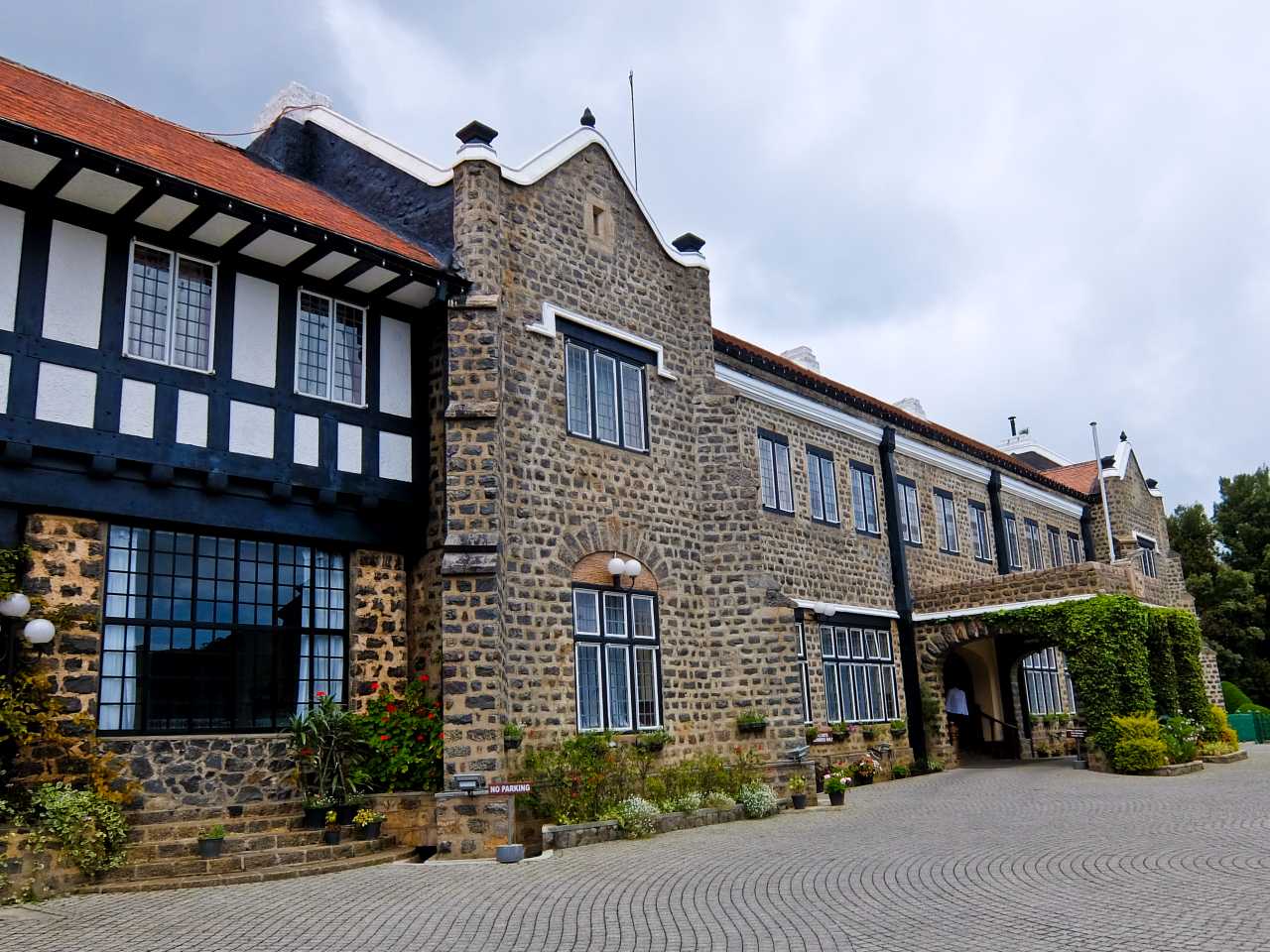 The road climbs further upwards and soon you’re in the cloud as you reach Nuwara Eliya at 1,868 m. This is the capital of the hill country and was founded by the British in 1846. It’s also known as Little England, since the buildings look like they’ve been transplanted from Surrey (a pretty part of South East England), complete with hedges and manicured lawns. Here hard drinking tea planters spent their leisure time, in between elephant and fox hunting trips. It still has a race course and of course, a huge golf course with an appropriate club house. 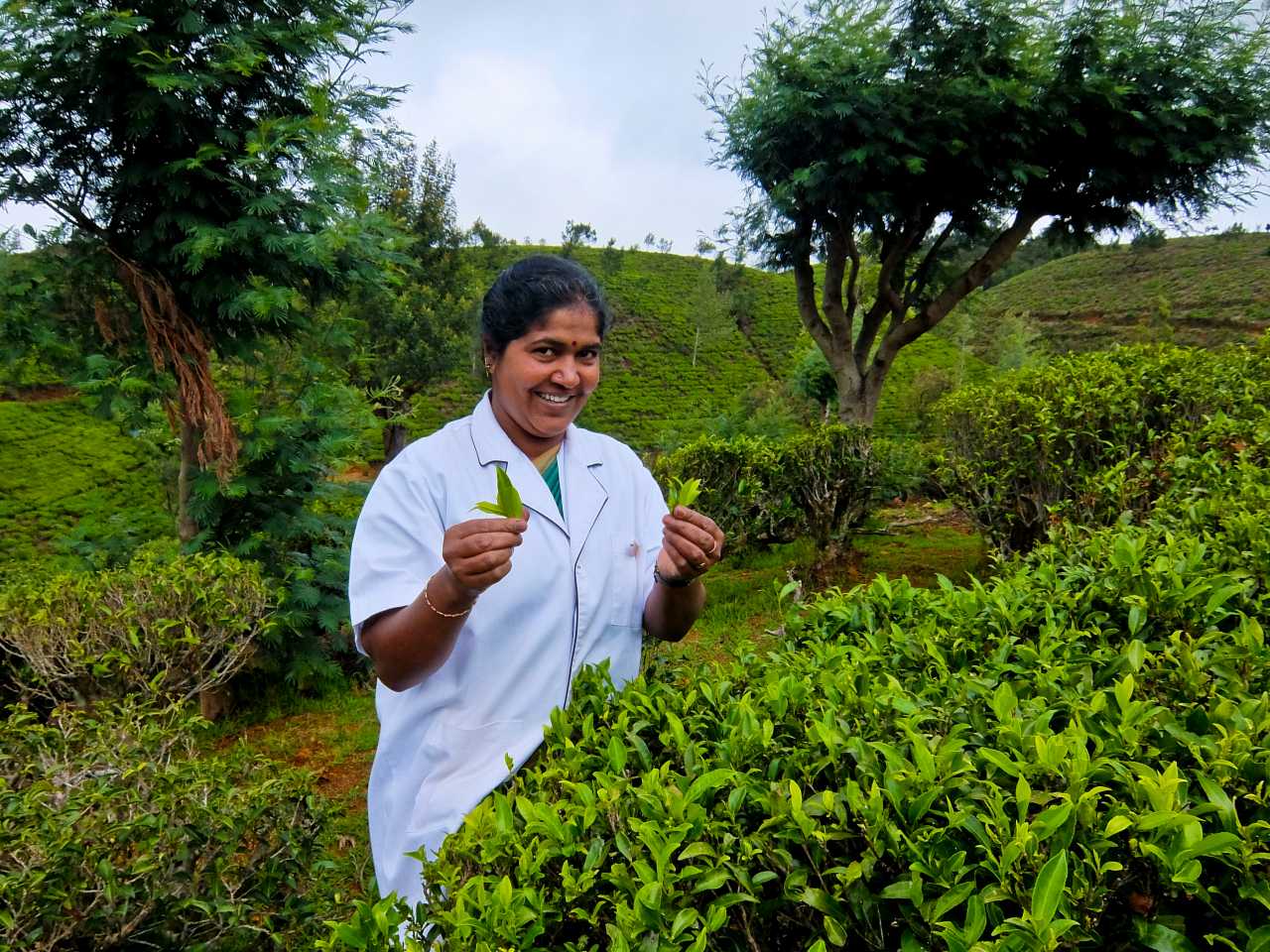 Even though the British are long gone, the tea plantations continue to thrive and the hillsides are covered in the emerald green bushes, dotted with workers still picking by hand. One of the tea factories has been imaginatively transformed into a hotel, complete with its own garden where you can try your hand at picking tea. You can taste the fruit of your labours, if you wait the two days it takes to dry the leaves. Instead I visit the Bluefield Tea Gardens Factory and see each stage of the process, of course accompanied by various tastings. 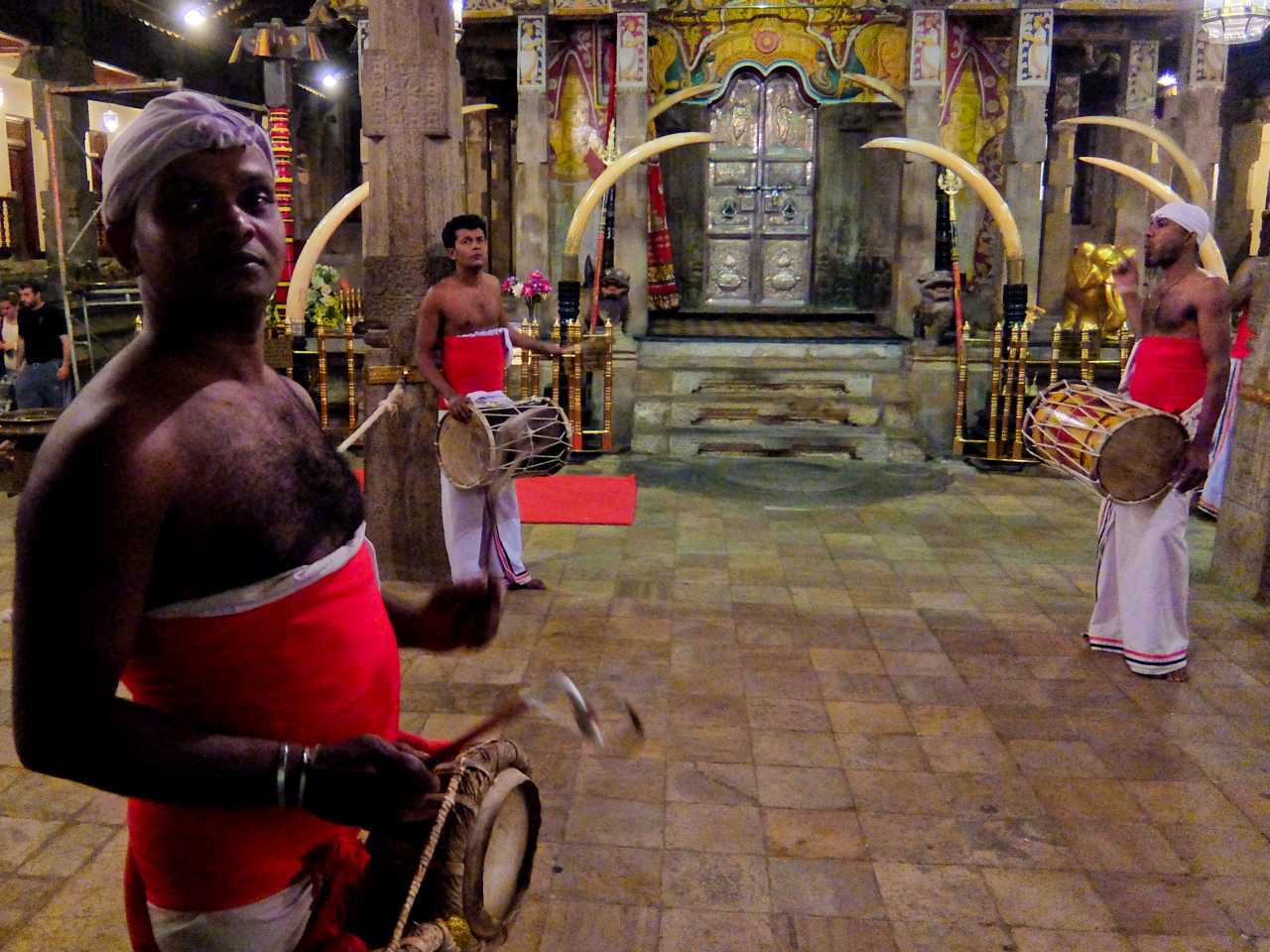 Drummers at Temple of the Tooth, Kandy (c) Rupert Parker

It’s another three-hour drive and 85 km through the mist and drizzle to reach Kandy, Sri Lanka’s former capital. The town is tucked on the edge of an artificial lake, surrounded by green hills on all sides and it’s an attractive place. The big attraction is the Dalada Maligawa, or the Temple of the Tooth, where they have one of Buddha’s canines, kept hidden inside a Russian box of caskets. That doesn’t stop worshippers queuing up to see the monks opening the sacred sanctum twice a day. It’s a tremendous sight, with incense, drumming and exotic costumes adding to the sense of ceremony. There are usually cultural shows nearby with displays of traditional dancing and fire walking. 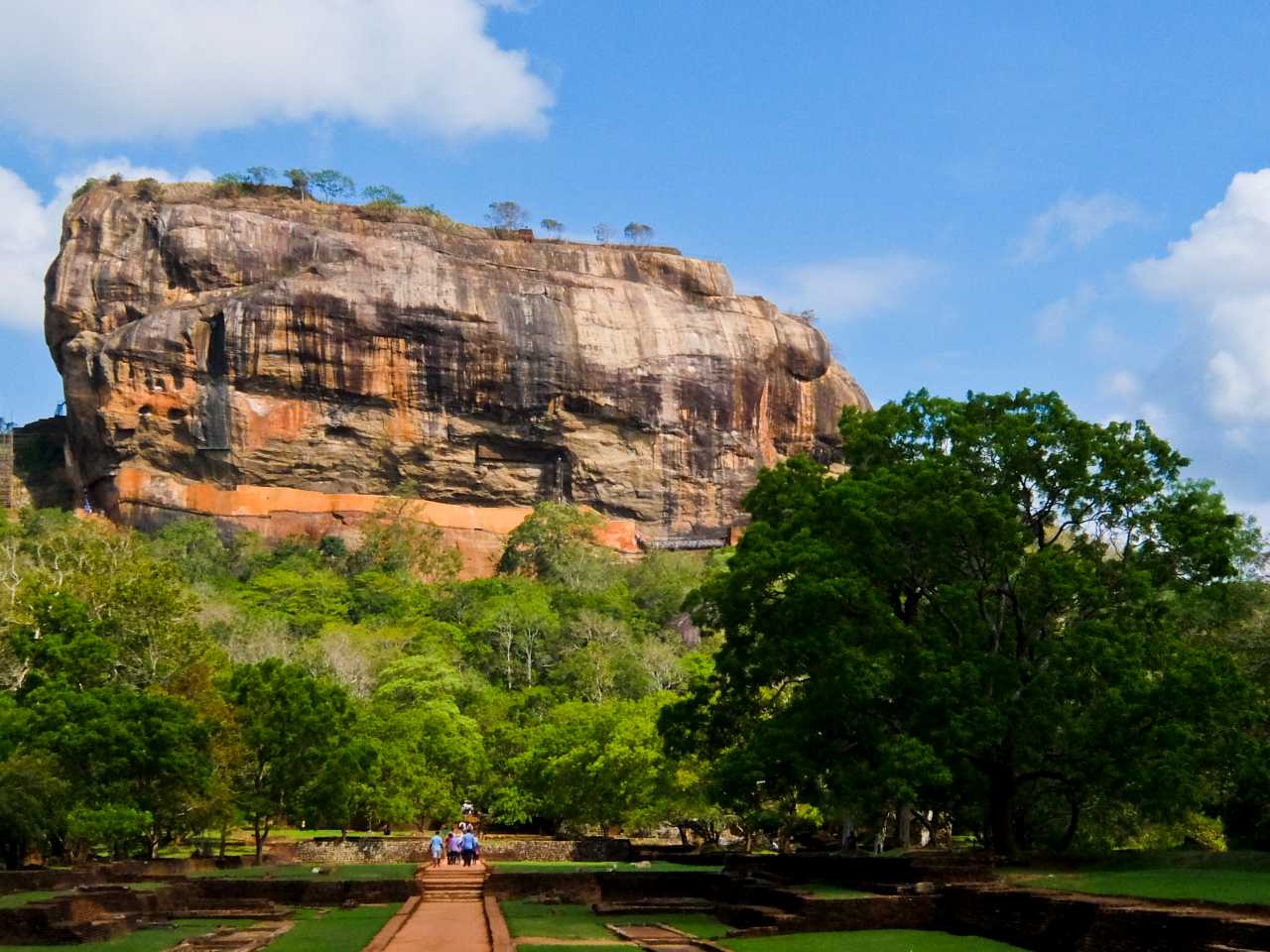 Still heading north and descending to the plains, after 95 km and three hours driving, you reach Sigiriya, or Lion Rock. This Rock Fortress or “castle in the sky” was a royal citadel for 20 years in the 5th Century. It’s a massive monolith of red stone that rises 600 ft above ground and the climb to the summit is reached between the paws of a lion.

Beneath it are the remains of the Royal Palace landscaped with waterways and lakes and there’s also an excellent museum. On the way up there are well preserved frescoes depicting topless women and of course the view from the top is stunning. Signs warn of wasp attacks and they’ve been known to attack tourists, but there’s a caged shelter in the middle of the climb, just in case. 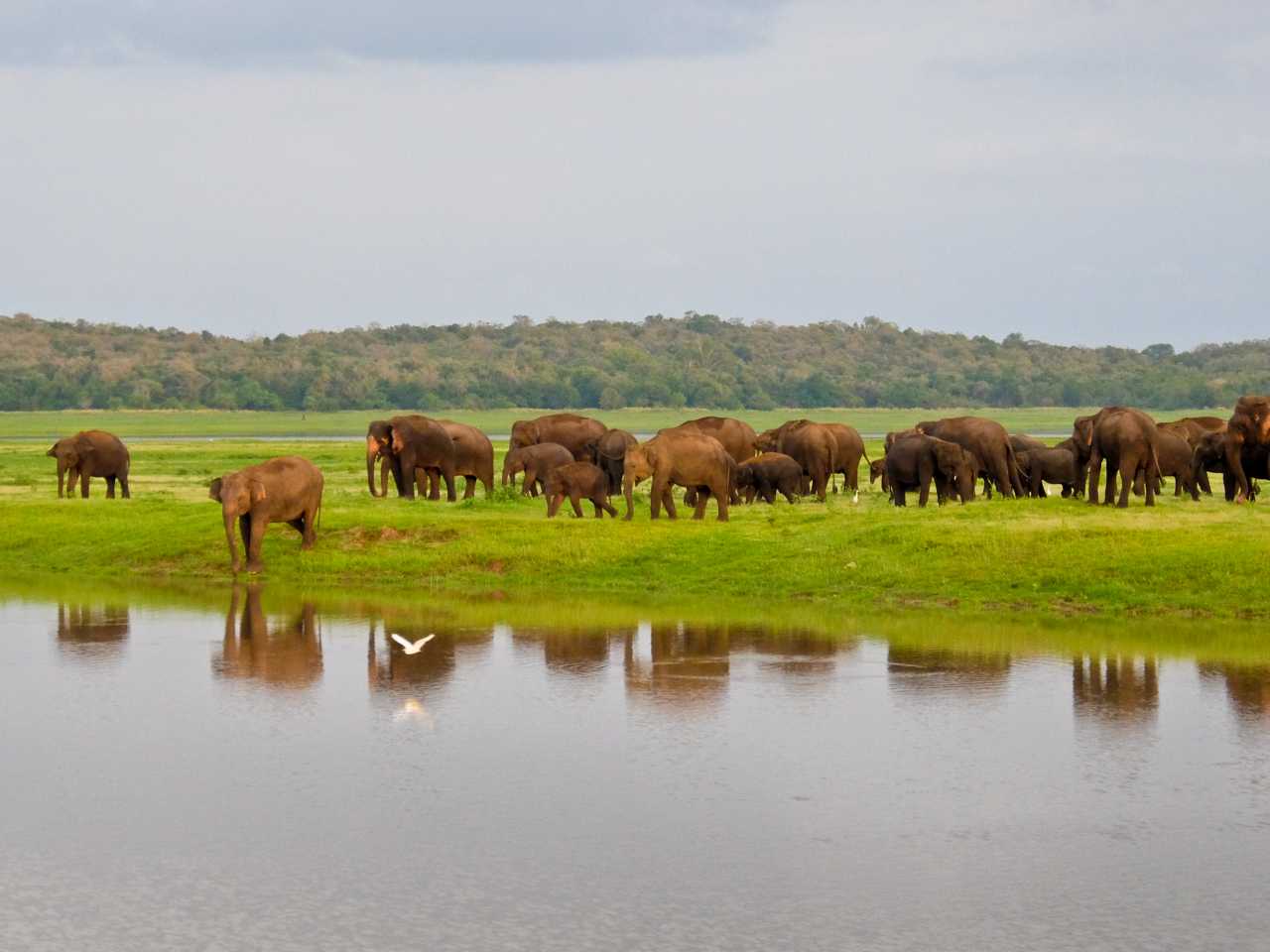 There are a number of protected areas in the vicinity and Minneriya is known for its large herds of Elephants who gather to drink around the reservoir of the same name. It has all the ingredients of an African safari and you transfer to special vehicles to journey deep into the jungle.

I arrive in late afternoon and am rewarded by the sight of over 250 elephants milling around on the edge of the lake, some of them taking the opportunity to have an early evening bath, as the sun sinks on the horizon. 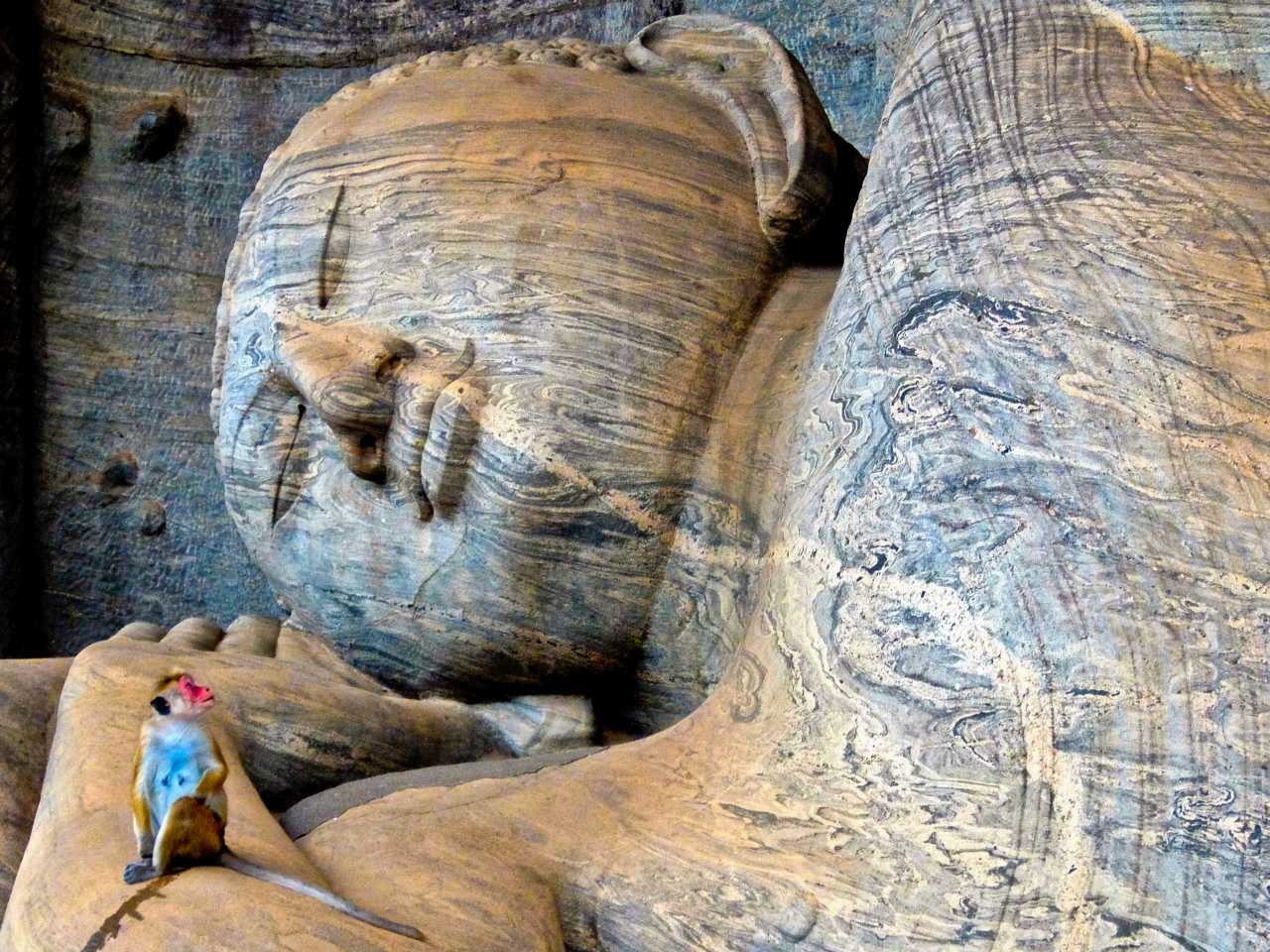 Not far away is Polonnaruwa, the island’s medieval capital from the 11th to the 13th Centuries, before being abandoned to invaders from South India. It spreads over a huge area, fortified by three concentric walls and laid out with an irrigation system and clusters of temples and shrines. You’ll need your guide to drop you off at strategic points, otherwise distances are too great to walk.

The highlight is the Buddhist temple containing four colossal Buddhas carved out of the rock, sleeping, sitting and standing. 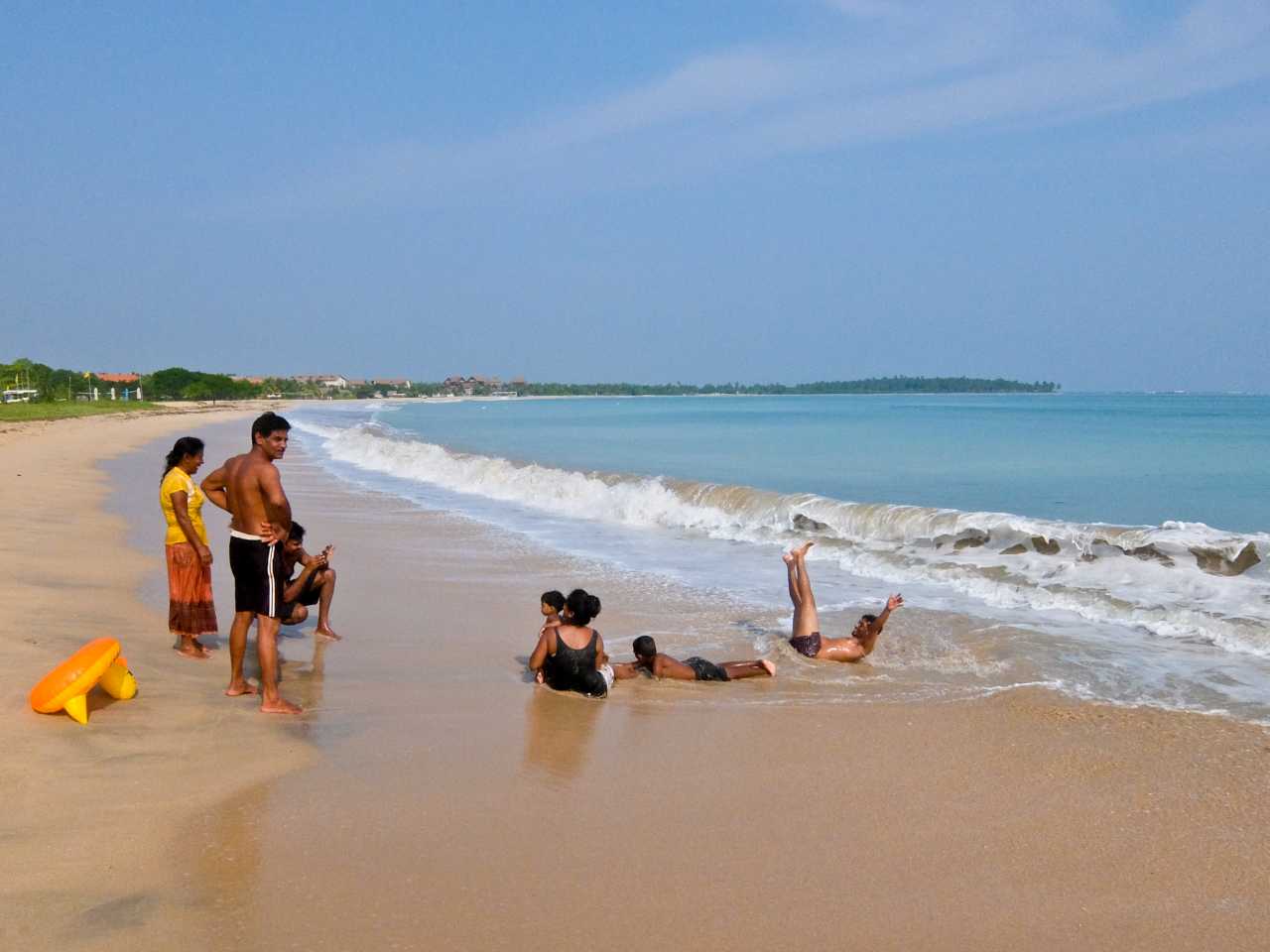 A couple of hours east, is Passikudah, a small coastal village about 35 km from Batticaloa. What brings people here is its long bay, fringed with golden sands, and clear shallow water which makes it safe to bathe. The hotels are all recent developments and, although they’re clustered next to each other, are tastefully low rise and hidden in the palms. 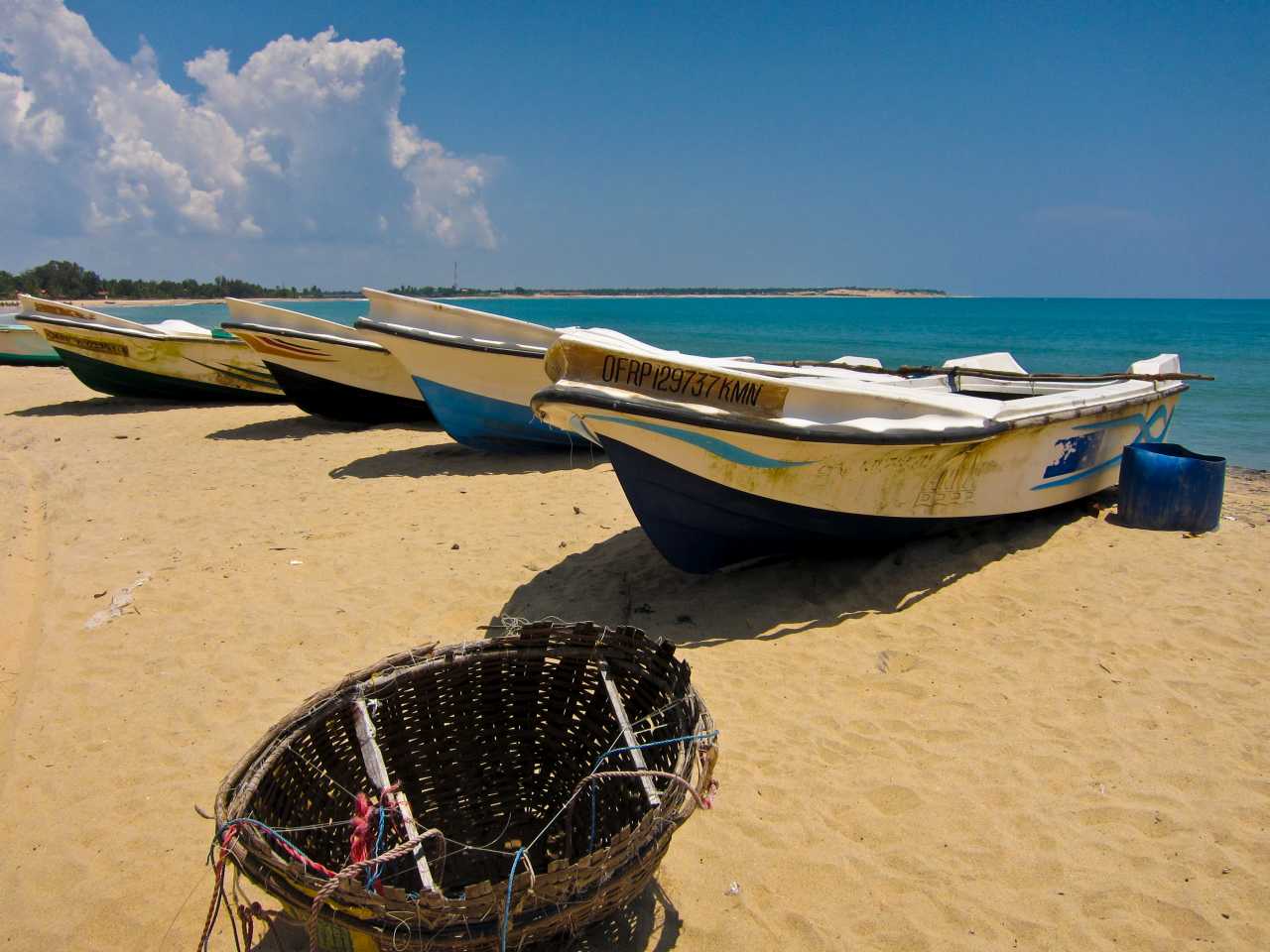 At the far end of the beach fishermen still set out in their canoes every night using lights to attract squid, their main catch. It’s a pleasant place to relax but just be aware that it can take seven hours to drive back to the international airport in Colombo.

READ ALSO: When is the best time to visit Sri Lanka 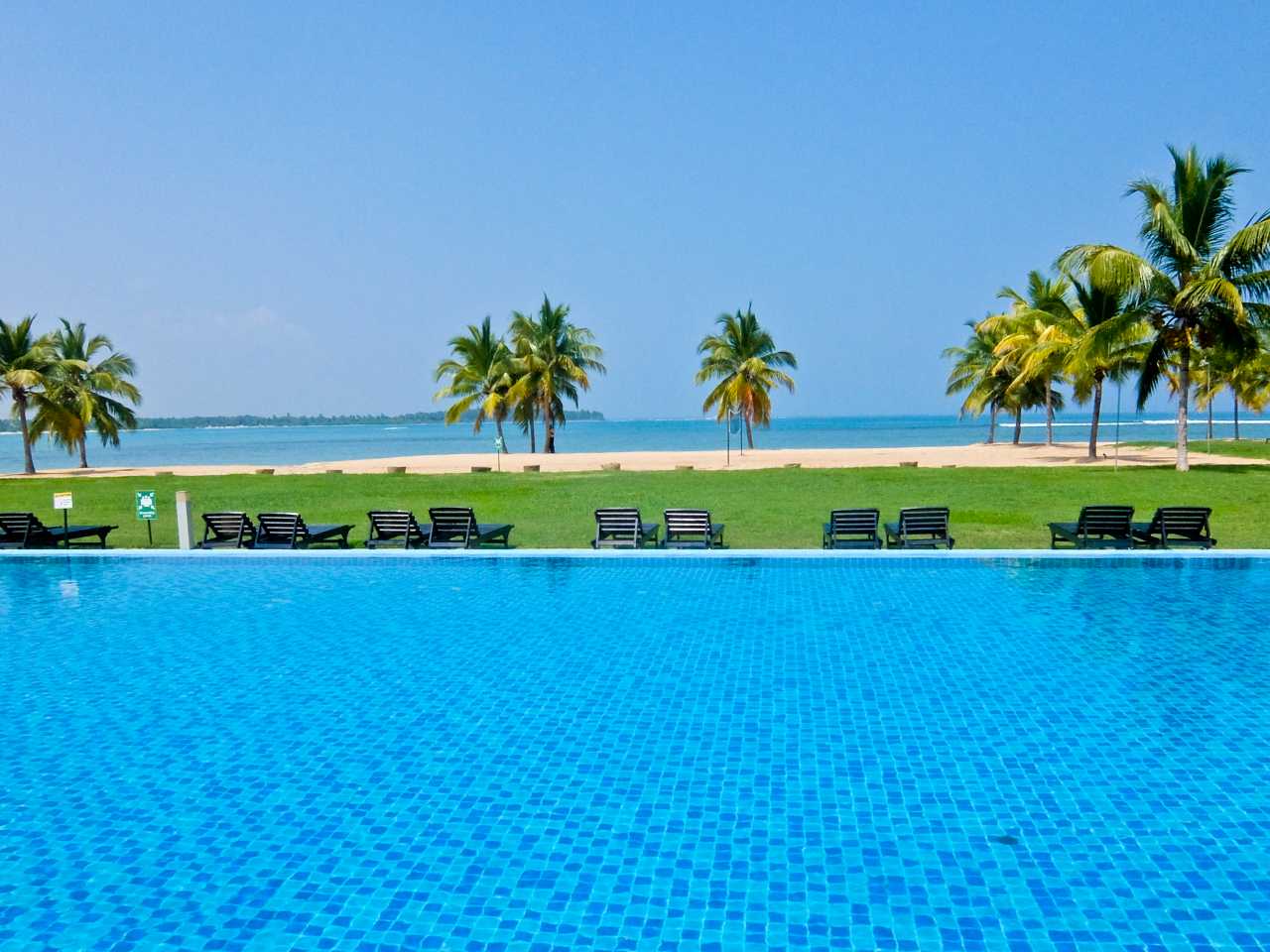 The Kingsbury, in Colombo, is right on the seafront and close to the main attractions.

The Beach Cabanas in Koggala are around half an hour from Galle and have comfortable bungalows which open onto the sand.

The Heritance Tea Factory sits in the middle of the tea plantations in a converted factory.

The Mahaweli Reach, in Kandy, is just outside the town and overlooks the river.

The Heritance Kandalama is an eco-friendly hotel and sits in the middle of the forest on the shores of Kandalama Lake.

Sun Rise by Jetwing sits right on the beach in Passikudah.

Amaya Beach Resort is at the far end of the beach in Passikudah.


Sri Lanka Travel has tourist information, including a list of travel agents.