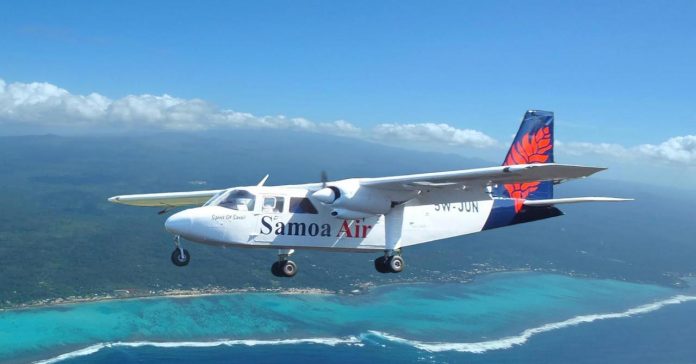 Flyers are accustomed to the idea that the heavier their baggage, the more likely it will be to cost more to put it in the hold. This is because the fuel airlines need to fly is based on the weight of the load.

It’s a topic that has been debated several times but no airline has ever dared to pioneer the idea.

Until now. National carrier Samoa Air whose destinations include French Polynesia, North Cook Islands and North Tonga, are the first to give this new way of charging wings.

“We at Samoa Air are keeping airfares fair, by charging our passengers only for what they weigh,” the airline says on its website. “You are the master of your Air’fair,’ you decide how much (or little) your ticket will cost. No more exorbitant excess baggage fees, or being charged for baggage you may not carry. Your weight plus your baggage items, is what you pay for. Simple.”

Their formula is simple: they will calculate passenger and cargo weight and charge per kilo. Depending on the flight, each kilogram (2.2 pounds) will cost 93 cents to $1.06.

Ryanair suggested the idea of a “fat tax” on passengers in 2009 following a poll saying a third of passengers supported it. But the idea was dropped as the no frills airline said there was “no way to collect it without disrupting its 25 minute turnarounds and its online check-in process”.

Some may find they end up paying far less than the standard air fair, some far more.