At Bulgaria’s historic town of Bankso the skiing tops out on a plateau at an impressive 2,600m and there’s a jolly 16km run all the way back down to base level and its surrounding hotels and apartments. 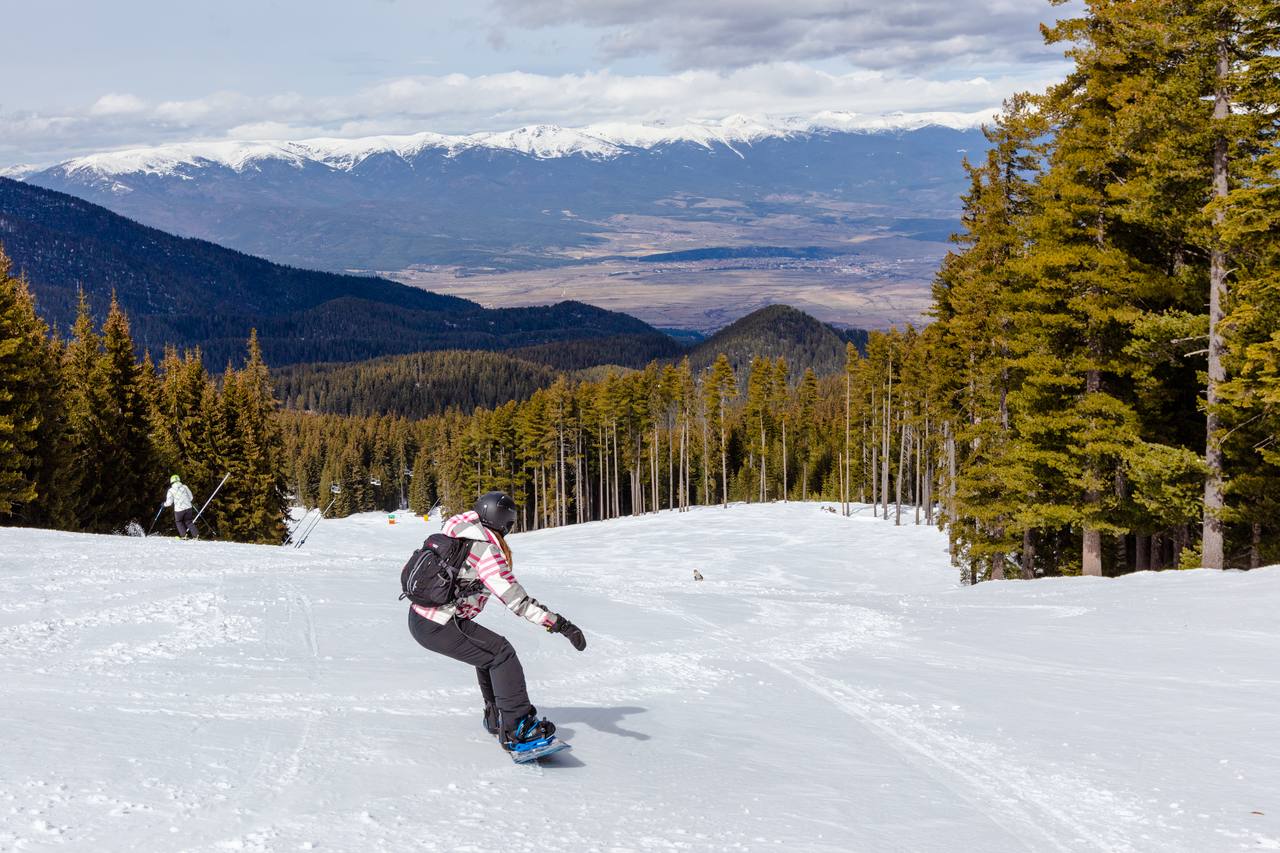 In between there are a decent amount of runs, plenty of them suiting beginners and confident improvers.

The cost of holidays here and food and drink in resort are modest, attracting big numbers of Brits, from families with young children to groups of those keen to try a mix of skiing and partying at a reasonable cost. There are nice views, too, over the red-roofed town which is often swathed in mist. 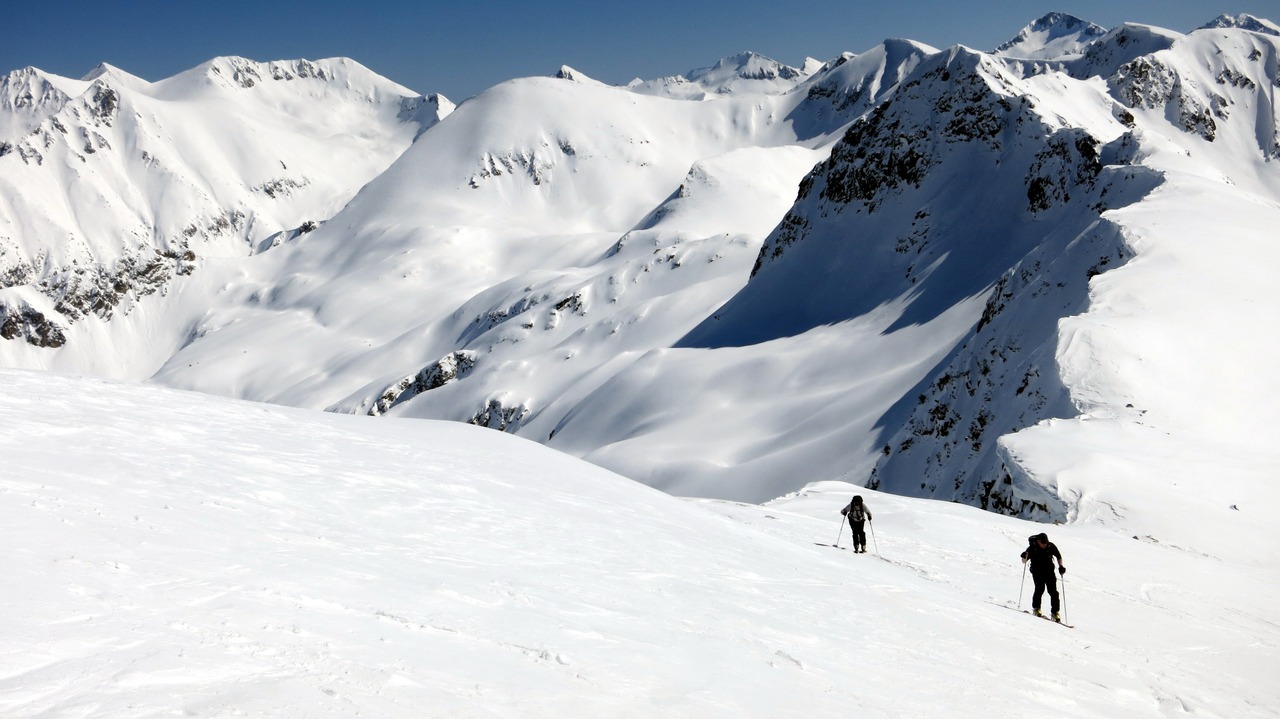 Skiing is on Pirin Mountain, a lofty Alpine environment with snowy ridges, rocky gullies and pine-fringed runs. What’s so beguiling is that the base area, with modern bars and even more modern hotels (plus the odd kebab shop) doesn’t appear to be in a ski area at all.

While snow-trimmed peaks are visible through the hazy cloud a number of miles away the gondola heads off in the other direction across the shallow beginner area. It’s only when it’s away from civilisation that it starts to climb, over hillside forest (and the one run that reaches the bottom) but quickly enters a dramatic world of craggy peaks. Other lifts fan out from the top with most of the skiing at higher levels.

There are 75km of marked pistes with 90 per cent of them served by snow guns, so good conditions. The ski school has instructors who speak good English

The skiing at Bansko 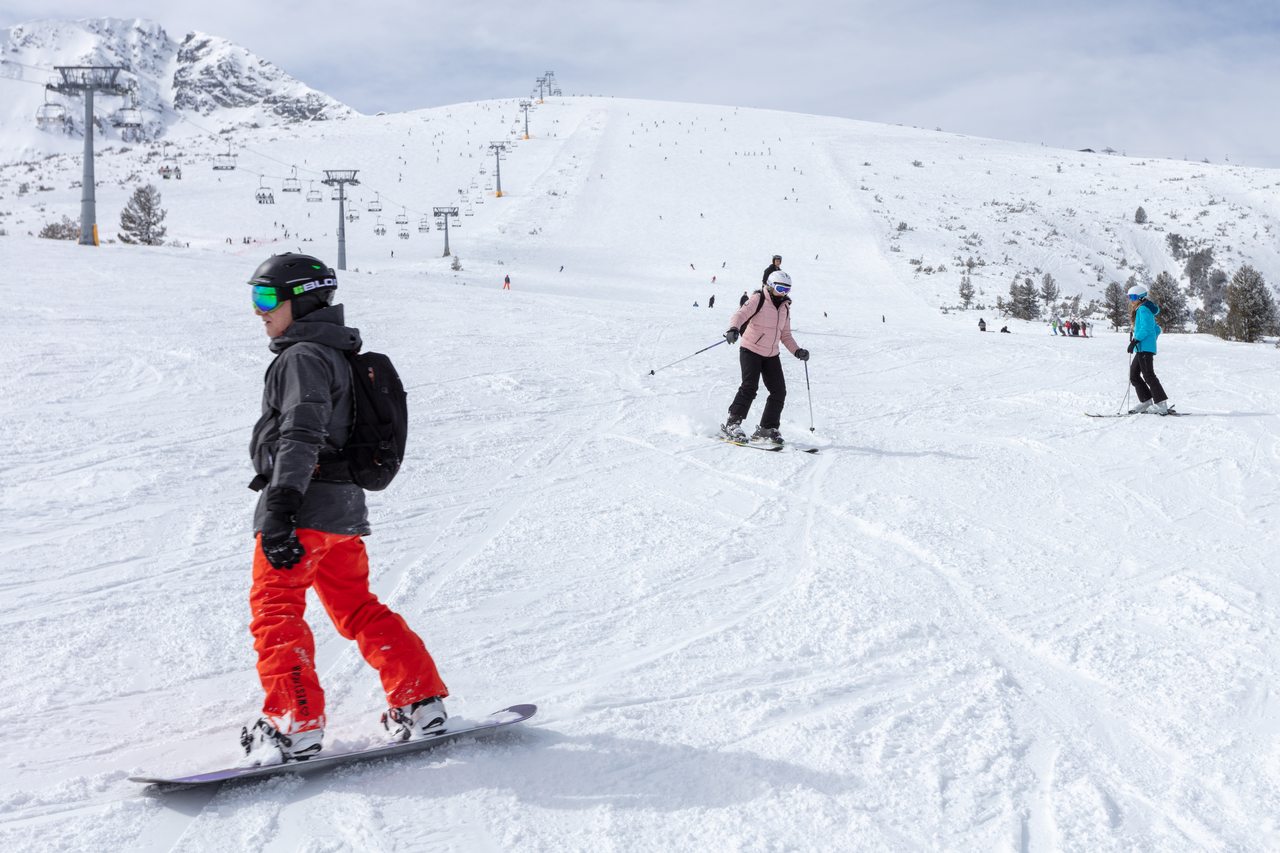 From the top of the gondola a couple of chairlifts head up, amid peaks and gullies, then connect with far longer ones – the two-legged Banderitza reaches the summit with the new six-man Todorka shadowing it for much of the way. From the top various pleasing blues disappear off to one side down to the Plato chairlift or continue down amongst the trees to the Mosta chair at the region’s far reaches or keeping higher and on to the gondola station, a lively plateau – Bunderishka Polyana – with a clutch of places to eat and drink.

This isn’t a place where you can ski off and never do the same run twice yet there’s plenty of variety with both pistes and off-piste tucked into a neat network of lifts. There are stirring views down over the town – with its red roofs looking mystically ancient and eastern European – the plain and the distant peaks. The resort with its modest prices is somewhere that is a haven for youngsters and older novices, often in groups there to enjoy the decent prices in the bars later on.

The 16km run all the way back down is a game of two halves – first the top which can be done as an easy blue or a more energetic red. Below Bunderishka Polyana it’s a weaving road that, as a decent skier, has the fun of a video game, trying to second guess which beginner will weave in front of you, which child will mess about, which snowboarder will go head over heels. Halfway down the second section, there’s a diversion to the Chalin Valog chair for a red and even one of the resort’s two blacks. At resort level the run finishes outside varied hotels  (particularly the Kempinski Grand Arena), with the big Happy End après-ski bar directly in front.

Why go to Bansko?

The prices: Bulgaria has some of Europe’s cheapest ski packages so it’s a great place to learn whatever your age. It’s also a cheery place for modest skiers who enjoy a good time. And it’s eco-friendly, with a ban on disposable plastic in slopeside bars and restaurants.

The atmosphere: Despite the modern lifts and the jolly ski bars you know you’re somewhere different. The town’s historic streets, its church and its hot springs against a strangely different backdrop add to the simple pleasures of the slopes.

The extras: Just outside town is the Regnum Banya, outdoor hot springs in a modern setting, various pools from very hot to cold for a stirring dip. And not too far away is Rila Monastery, one of Bulgaria’s top visitor attractions, a Unesco Heritage Site. At the end of the Rilska river valley, peaks rising all around, the complex of buildings, built between the 14th and 19th centuries features an ornate domed chapel covered with paintings inside and out.

The X Factor: It’s that feeling of being somewhere different. Even the journey from the airport (under two hours) is through farmland with a medieval feel and there’s no climb into the mountains as Bansko sits on the plain surrounded by peaks. The resort is as lively as anything in mainland Europe but the prices are much keener. And all the infrastructure is 21st century, so no cranky old lifts.

180 Degrees: Cool modern place with central bar for restorative rakia (the local firewater made from grapes or plums), mulled wine or hot chocolate and tables against slopeside windows at the crossroads of four runs for pizza, pasta and other Italian dishes.

VIP Room: Spoken of as not simply the best place on the Bansko slopes but the best place on the slopes of Bulgaria. One of a clutch of restaurants at the top of the gondola but inside you’re away from the crowds. There’s a rustic spot behind reception to store skis – boots, too, with slippers to borrow. Upstairs is like a private club in an ancient barn. Italian chef Giovanni Porcu produces an inspired menu, from risotto with Moët & Chandon and black caviar to hunks of a roasted baby pig.

Luxury: The Kempinski Grand Arena may not be what you’d expect at a Bulgarian ski resort – a lobby with grand staircase, lots of polished wood and large, luxurious rooms with balconies. There’s a selection of restaurants – the Sushi Bar & Teppanyaki Grill (plates heaped with sushi, tempura and sizzling shrimp and meat), the Come Prima (sophisticated Italian) and the main Gallery (Bulgarian, themed buffets and much more).

Budget: Hotel Mura is a 15-minute walk (or free shuttle) from the slopes but that simply puts it in a good position for both town and ski bars. Modern but with plenty of stone and wood, the rooms are simple but have balconies and there’s a lobby bar and a rustic spa with hot tub and sauna.

PACKAGE: Balkan Holidays a British-run company with a Bulgarian background and its own charter airline, is the cheapest and easiest way to visit Bulgaria. Seven nights B&B at the Kempinski Grand starts at £675, seven nights at Hotel Mura from £369, both including flights, transfers and resort reps arranging things like bar crawls. The company also has a £202 package for lift pass, ski and boot hire and tuition. There are also excursions to the monastery and hot springs.

FLY: EasyJet and britishairways.com fly to Sofia from London Gatwick.