When UK Health Secretary Matt Hancock said “summer is essentially cancelled” echoing the message from the Foreign Office not to travel abroad amid the Covid-19 pandemic, hopes of a holiday this year seemed unlikely.

Then came the announcement that incoming travellers to the UK now face a compulsory 14-day quarantine for anyone arriving into the UK and that put paid to the idea of any international travel. But there is some good news. The UK is easing lockdown and many European countries including Italy are suggesting dates for when their borders will open. 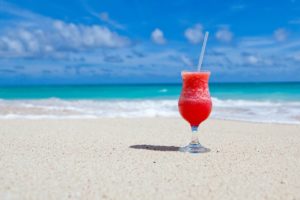 Cocktail on the beach

This has given way to what Transport Secretary Grant Shapps has termed “air bridges” with other nations. That means that the quarantine will not apply to travellers from certain countries entering the UK.

So this could bring us one step closer to that coveted cocktail on the beach.

What is an “air bridge”

The term “air bridge” sounds fantastical, but in reality, it is a bilateral travel link between the UK and another country exempting each other from the 14-day quarantine rules.

“It is the case we should consider further improvements – for example, things like air bridges enabling people from other countries who have themselves achieved lower levels of coronavirus infection to come to the country.

“This would boost confidence in aviation travel and target safety where it is most needed.”

Who will be quarantined when they arrive in the UK?

The 14-day quarantine will apply to anyone travelling into the UK including Britons returning from a stay abroad. This includes those arriving by plane, ferry and train.

There are exemptions and these include people travelling in from Ireland, Guernsey and Jersey and some travelling for professional reasons. This could include freight drivers crossing the channel.

Is the “air bridge” a good idea?

There seems to be a subdued optimism across the travel trade. However, Noel Josephides Director AITO (Association of Independent Tour Operators) is not so sure:

“Our fingers have been badly burnt by earlier off-the-cuff comments by Mr Shapps, and this Government, unfortunately, has a record of making grand statements only to retract or change them substantially a day or so later”

Let’s face it, who would want to make any travel plans until the government publishes its plans. This uncertainty is a source of great despair for a beleaguered UK travel industry.

When will air bridges be introduced?

The introduction of the air bridge depends on the much talked about R Rate. This s the number of people that a single infected person will go on to infect.

Mr Shapps said that the plans would be reviewed every three weeks and exemptions with countries with similar levels of the virus – that is, similar to UK ‘R Values’ – could be introduced.

As things stand the 14-day quarantine will come into place in June. some airlines and holiday companies may resume operations in July.

Right now Boris Johnson’s official spokesman said air bridges were “an option under consideration, but not agreed government policy”. On top of that, the Foreign Office is still warning against unnecessary travel. While this is in place it is hard to see how Britons will feel safe to travel.

On top of that the Foreign Office is still warning against unnecessary travel. While this is in place it is hard to see how Britons will feel safe to travel.

What are other EU countries doing?

France has announced “déconfinement” – that is, the relaxation of its lockdown measures. Residents are able to go out as much as the like and travel up to 100km from home. , Shops have already reopened and primary school children are starting to go back. Groups can be as much as 10 people and bars and restaurants in ‘green zones’ with lower infection rates will reopen on June 2

French borders are likely to open but only for travellers from Germany and Switzerland from June 15.

Though Eurostar is running a limited service between Paris and London, travellers must have a health certificate proving they don’t have Covid-19, or self isolate for 14 days, until July at the earliest.

The R Value in France has fluctuated over the past weeks as France began easing its lockdown measures. Only if they remain at a similar level to the UK could an air bridge be opened.

Spain has had one of the strictest lockdowns in Europe, which it is lifting – but at different rates in different places. People can now leave their home to exercise, bars and restaurants are opening as are some museums. A few hotels are opening their doors but many will stay closed until tourism increases.

At the moment anyone arriving will undergo a two-week quarantine.

The word on the street is that Spain’s border will reopen toward the back end of June. However, the Spanish foreign minister said that  British holidaymakers will be allowed back to Spain’s islands ahead of the biggest cities.

Ms González said Spain is aiming to become “the safest destination in Europe”. He said

“We want to make sure that at this moment when every country is suffering from this pandemic, we can provide them with a safe experience.

“At the beginning of May when we thought that the situation was stabilising, we started gradually to de-escalate the measures. We hope to end by the end of June.

“When we open the country first to Spaniards and then to tourists, everybody will be safe.

“Some of our territories, like the islands, are Covid free.

“They can open faster.”

Italians are now able to enjoy heir bars, cafes and restaurants. Hotels will follow suit sometime in June. Some galleries and museums are open too.

Borders will reopen on June 3, to countries in the Schengen Area plus travellers coming from Britain. They will not need to serve a mandatory 14-day quarantine.

The beaches are open, with social distancing being adhered to. At the moment visitors must observe a two-week quarantine, yet Greece is holding out a welcome hand to international tourists.

Also read: Acropolis and other tourist sites open in Greece

It is openings its tourism businesses from June 1st and you can get there by sea ferries from mid-June. June will also see shopping centres, cafes, restaurants, hotels and other tourist establishments will start to open their doors, plus taxis with a maximum of two passengers per vehicle.

“We feel that this is a time for us to start lifting [our] restrictions and to try to remove as many barriers as possible and we urge other countries, UK included, that as soon as we do that we would welcome reciprocity.

“So if we don’t impose quarantine for people coming to Greece from the UK from some day onwards, then we would welcome if the UK extended the same thing.”

This top holiday spot has managed to keep its R number below 1 for a few weeks now. Though some flights are still operating between London and Lisbon there is no official date for the resumption of tourism. There are currently no quarantine measures in place on mainland Portugal, although there are health screenings and mandatory 14-day quarantines in the Azores and Madeira.

Restaurants and bars in many regions opened yesterday at limited capacity, and a number of hotels in the Algarve are primed to open, with beaches set to reopen in June.

“If British holidaymakers are allowed to fly to countries with low coronavirus infection rates via ‘air bridges’, without having the need for quarantine, the Algarve will be the place to be. There is a big British community living in the Algarve willing to bring back their family and friends like they do every year so this would be great news and opportunity for them to.”

Also read: Slovenia is the first European country to declare the end of Covid019 pandemic

Australia has now opened its borders to travellers...

Is Review Addiction a Danger to Holidaymakers? Research...