Tourism was relatively unknown to the Maldives until the 1970s, but these days it’s a very different story. Since 2007 more than eight million tourists have visited Maldives and tourism accounts for 28% of the GDP.

To help reduce the environmental damage from more than a decade of intense tourism, many of the 100 or so hotel resorts are taking major steps to become more sustainable, reduce plastic waste and support marine ecosystems. They are also asking guests to do the same, so that the islands and surrounding reefs can be preserved for centuries to come.

Also read ⇒ When is the best time to visit the Maldives?

Plastic is one of the scourges of the environment, whether it’s bobbing around in the sea, clogging up the beaches or reduced to tiny particles in the stomachs of fish, birds and mammals. 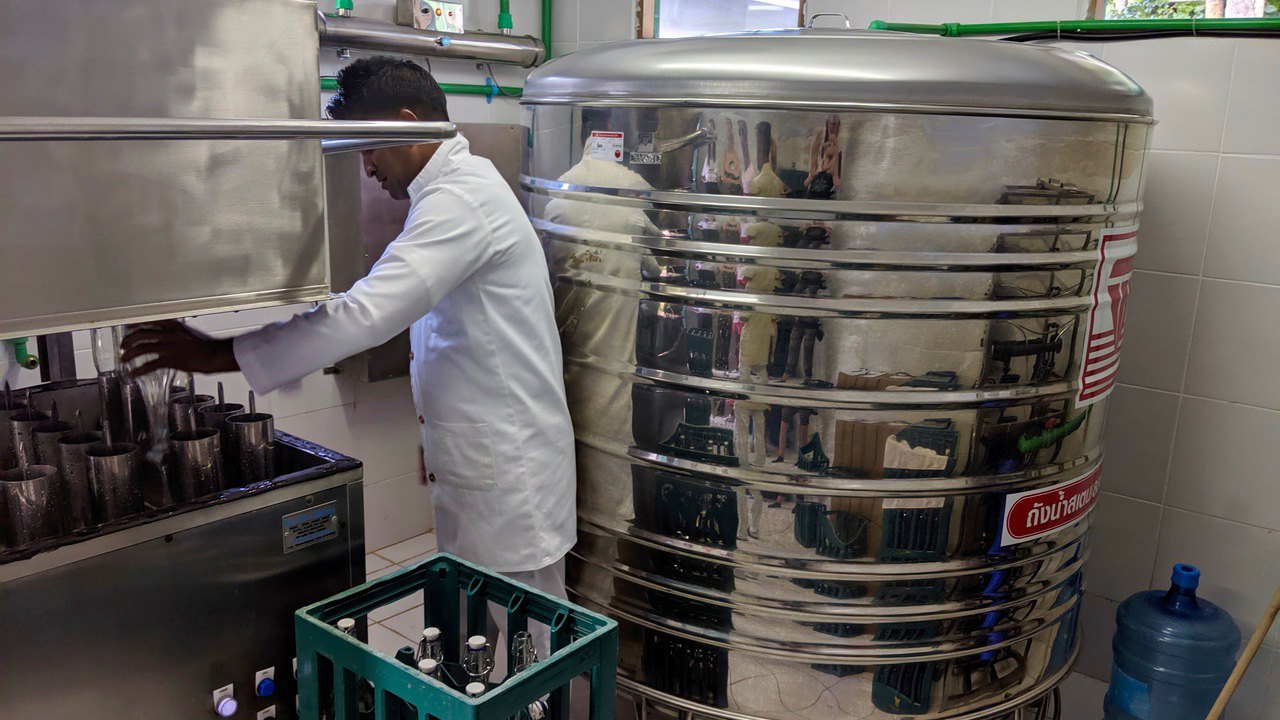 To help reduce plastic waste, some island resorts have their own recycling plants. For instance, Furaveri Island Resort & Spa have a water bottling plant on site, which has been running for the past two years. With a storage capacity of 360 tonnes, the plant recycles glass bottles, which are then served in restaurants and the guest’s hotel rooms. The next step is to focus on using smaller glass bottles for guests to take on excursions, as currently, they can still choose to drink from plastic bottles of water.

Conrad Maldives Rangali Island has a different method: from summer 2019 they have collaborated with the environmental network Parley for the Oceans by sending their plastic waste to be made into tote bags. These are then offered to guests, and their purchase contributes to the removal of marine plastic waste via the Parley Global Clean Up Network.

Conrad Maldives has taken it one step further and pledged a ban of all single-use plastics by January 2020.

In 2015 and 2016 the coral reefs in the Maldives suffered terribly from the phenomenon of coral bleaching: rising sea temperatures cause the coral polyps to expel algae that live inside their tissues. This causes the coral to turn white, and many of them begin to starve after bleaching and eventually die.

Many sea creatures depend on the corals for food and shelter, so the impact on marine life can be devastating. 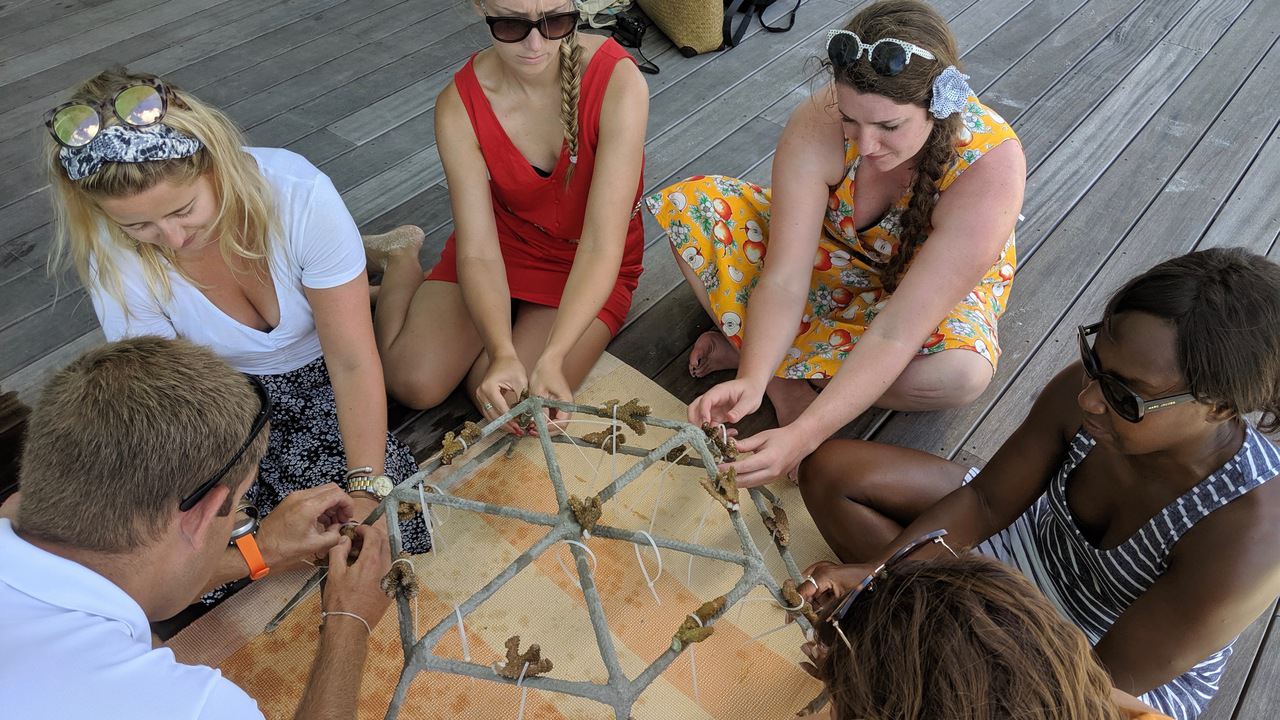 The team add bits of broken coral to the metal shelf 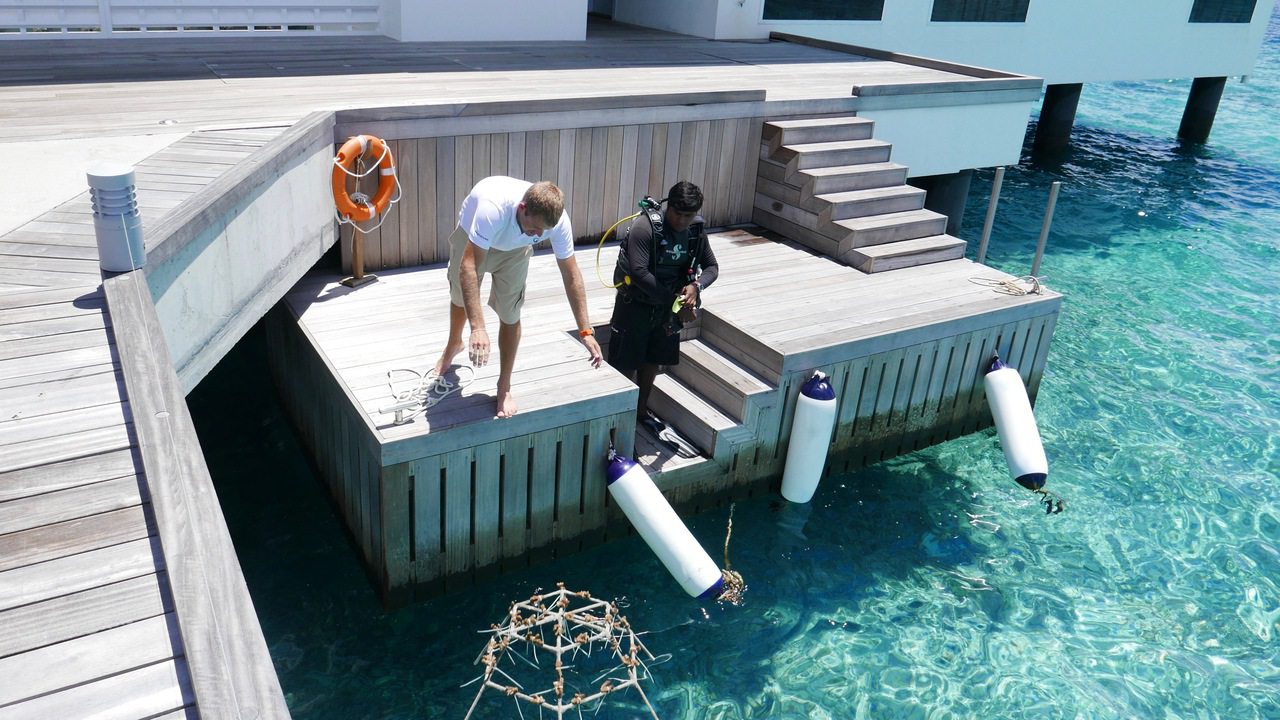 More than 60% of coral in the Maldives has been destroyed by bleaching, but it is still possible for the reefs to recover. This has been bolstered in certain parts of the Maldives by coral conservation projects.

Conrad Maldives has invested in a long-term coral conservation project by placing dozens of coral frames (formed by tying pieces of live coral to a metal frame) in the ocean. Over the course of four to five years, the coral will regrow, spawn and spread to other reefs, creating new ecosystems that will benefit all marine life.

The Maldives already has very strict fishing regulations which are enforced to maintain fish stocks and preserve the reefs – in fact, reef fishing is strictly prohibited in marine reserves.

Unfortunately, the same cannot be said for fishing regulations in some of the neighbouring countries that border the Indian Ocean. As a result fishing nets, also known as ghost nets, are swept into the Maldives by the strong current and trap all sorts of marine life including dolphins, green turtles and the critically endangered hawksbill turtles. 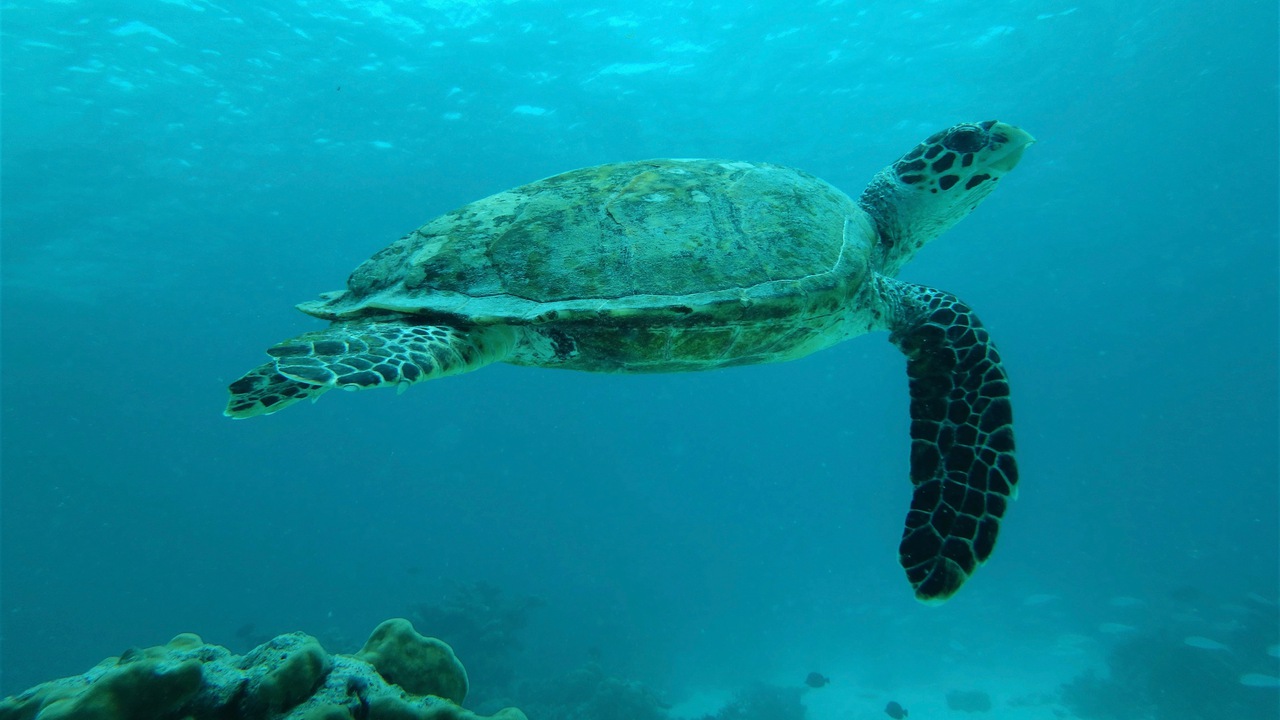 Turtle rescue centres have opened across the Maldives in recent years, and in February 2017 the Oliver Ridley Project opened a Marine Turtle Rescue Centre in partnership with Coco Collection in Baa Atoll. This is the first fully-equipped marine turtle rescue centre in Maldives and has a laboratory, x-ray, ultrasound and full surgical facilities, as well as a full-time resident turtle veterinarian. The Rescue Centre can accommodate up to eight turtle patients at the time.

What you can do

At Coco Bodu Hithi Resort, guests can adopt a turtle and help support the Oliver Ridley Project. We had the pleasure of snorkelling along the reef here and meeting one such turtle, Monty. Swimming alongside these beautiful creatures really hammers home why sustainable travel is so important.

As well as contributing to programmes such as the Oliver Ridley Project, try and immerse yourself in the local culture and learn about the Maldivian way of life. Getting to know the local people will help you to understand and appreciate why we need to preserve the reefs and islands now and not later. 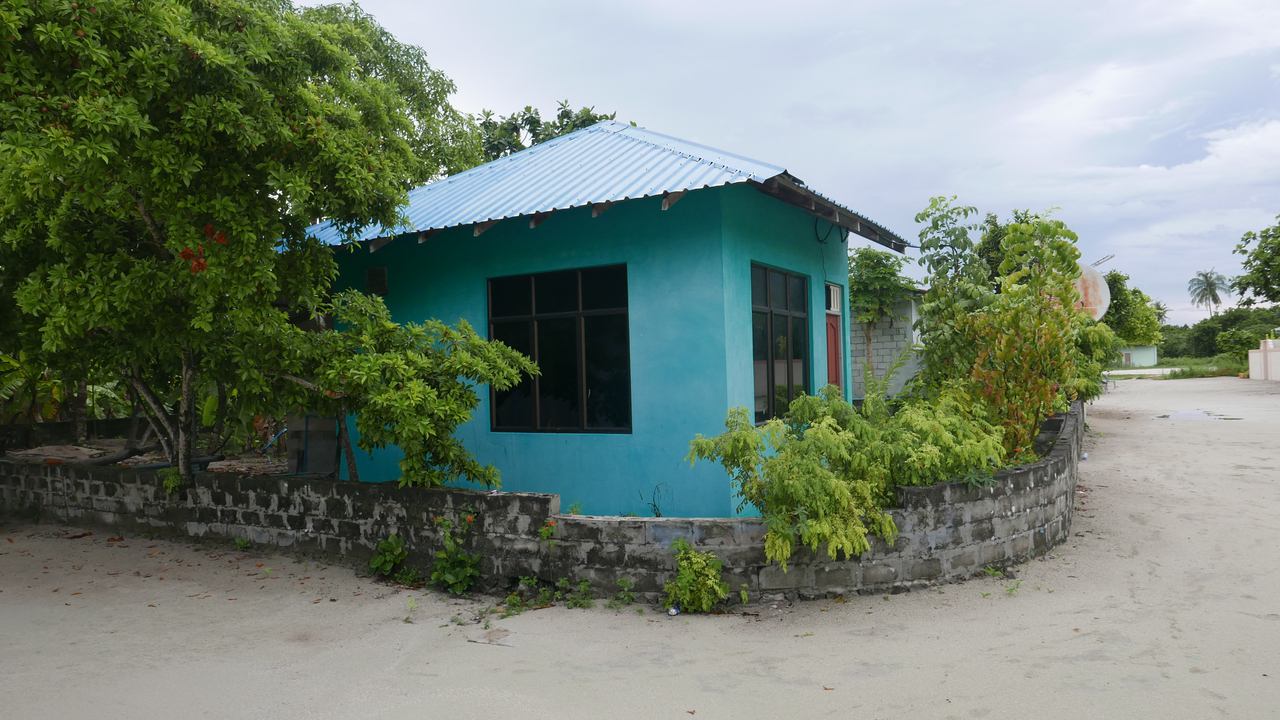 Many islands, including Furaveri, Coco Bodu Hithi and Conrad Maldives, offer local island excursions where you can meet a local family and tour the island.

We visited Fainu island during our stay at Furaveri and it was very clear that the local people cared about the environmental impact of tourism, as local activists had petitioned against building an airport here.