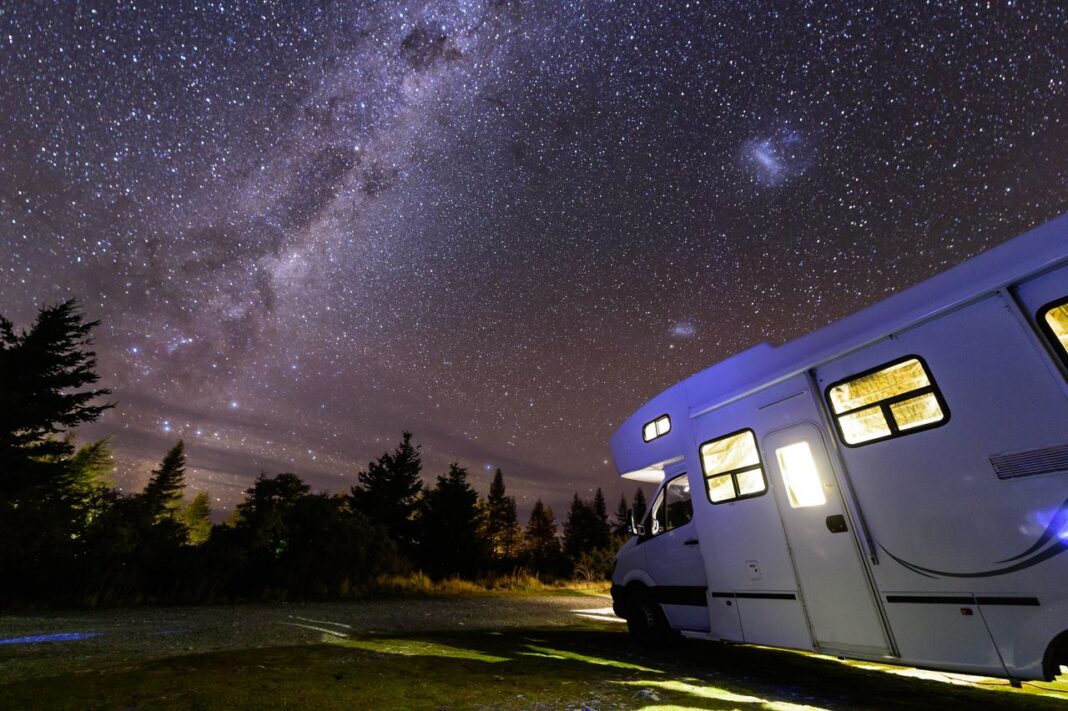 Did you know that Scotland has the three best places to see the August meteor showers? Or that Tomintoul and Glenlivet have the most viewing hours in the UK? And if you love camping Snowdonia is the most popular spot with 115 sites to view from.

How to watch the Perseid Meteor Shower August 2020

Camping and motorhome rental specialists, Camptoo, have studied the amount of peak viewing hours across the country and the popular camping areas that will give staycationing Brits the best opportunity to view the showers, which typically sees up to 100 meteors light up the sky per hour.

The following areas are recognised as Dark Sky Places due to low levels of pollution and good public access, so go and enjoy

This remote area in the north of Scotland offers a secluded area to take in the dark skies and star gaze for the longest period of time in the UK. Tomintoul is the highest village in the Highlands and Glenlivet Estate is surrounded by high hills on all sides.

There are more than four (4 hours 50 mins) astronomical twilight hours (the time of night which the sky is darkest), with the peak times between 1:35am – 3:45am and 10:50pm – 0:00am on the nights of August 11th and 12th, and 25 different campsites to choose from for visitors looking to set up under the stars.

Another remote area of Scotland, Coll is an island off the west coast by the Isle of Mull. While there is less choice for visitors – there are just three campsites in the area – it ranks as the second best place in the UK to view the stars. At the peak of the meteor showers, the sun will set at 21:11, with an impressive 3:43 astronomical twilight hours in which to star gaze. The best times for visitors will be 2:11am – 04:01am and 10:58pm – 0:00am.

A well-travelled place in the north east of England, Northumberland is a popular spot amongst walkers and campers and is one of the best spots to set up and wait for the skies to go dark. There are 10 campsites to choose from around Northumberland National Park and almost three astronomical twilight hours, with peak times from 2:28am – 3:55am and 10:30pm – 11:53pm.

Another area of Scotland worth visiting is Galloway Forest, just west of Dumfries. It was the first area in the UK to be recognised as a Dark Sky Park, but it remains one of the less heralded places with only 14 campsites for people to visit. As we travel further south, the twilight hours begin to drop but you can still get 2 hrs 42 mins of perfect star-gazing conditions between 2:44am – 4:06am and 10:36pm – 11:56pm over 15 daylight hours on August 12 to enjoy some daytime activities in between star-gazing.

The national park around Wales’ largest mountain has the most campsites on our list, with 115 different sites to choose from for travellers. However, as well as being a hugely popular hiking and tourist destination, Snowdonia will also offer a great place to take in the meteor showers this week. Between 3:12am – 4:20am and 10:20pm – 11:27pm there will be 2 hrs 15 mins of twilight time in which to perfectly view the night sky, making it a hugely popular area to visit.

Don’t worry you won’t miss out. The Perseid showers will not be the last chance to see meteors in the UK this year, with the Draconid (8-9) and Orionid (21-22) meteor showers due to peak in October at these same sites.