The great British summer of cruising

Looks like cruising is back on the agenda and as long as you are fully vaccinated, you may well be cruising this summer.

Princess Cruises has 22 Summer Seacations on two ships from Southampton, heading up the west coast taking in the stirring countryside of England, Scotland and Northern Ireland. Regal Princess has 14 voyages from July 31 to September 23 while Sky Princess has eight, from August 30 to September 28.

Most are three- and four-nighters for ‘scenic cruising’ (that means no ports of call) while a handful of week-long cruises take in a mix of Liverpool, Belfast and Glasgow.

These being scenic trips, no inside cabins are available; all-inclusive fares (drinks, wifi, tips) for a balcony room start at £539 (three nights, no calls), £599 (four nights, up to one port) and £999 (seven nights, up to three calls).

Marella Cruises has unveiled details of short UK sailings around the UK this summer. Marella Explorer sails from Southampton from 25 June 2021, with port calls including Belfast, Dublin and Liverpool.

The ship will sail seven new itineraries, which includes a short three-night ‘Sail the South Coast’, visiting Dover and Portland. Prices start from less than £450.

Cunard is offering the chance to sail around Britain in glorious style – Queen Elizabeth’s summer season in the Med has been replaced by holidays at home from July 19 until October. There are 13 cruises, from three to 12 nights, all from Southampton. Ten are British Isles Voyages, half of them scenic, non-stop trips, hugging the coast from southern England to the Scottish isles, half making calls, including Liverpool, Greenock, Belfast and Newcastle plus Cunard’s first visit to the Welsh port of Holyhead. Three Sun Voyages head ‘wherever the sun shines brightest’, although how far afield that might be is misty. Balcony rooms for a three-night scenic cruise from £499, 10-night trip with stops from £1,299 and seven-night Sun Voyage from £899 – although cheaper, interior rooms are available.

P&O, always proud of its British heritage by flying the flag on its ships’ livery, has three- and four-night cruises on flagship Britannia, June 27 to September 19, and seven-night trips, August 7 to September 18, on new ship Iona, all from Southampton, more than 30 in all. Iona’s seven-night maiden voyage (from £1,199) sails around the Scottish Islands, anchoring off Iona, her namesake, for a sunset celebration. Three-nighters, ambling along England’s south coast, start at £449.

None of the cruises involves any calls but the company pledges to monitor the weather and head where the sun shines brightest – the seven-night Voyage To The Sun already promises to sweep past the Channel Islands and along the French coast. 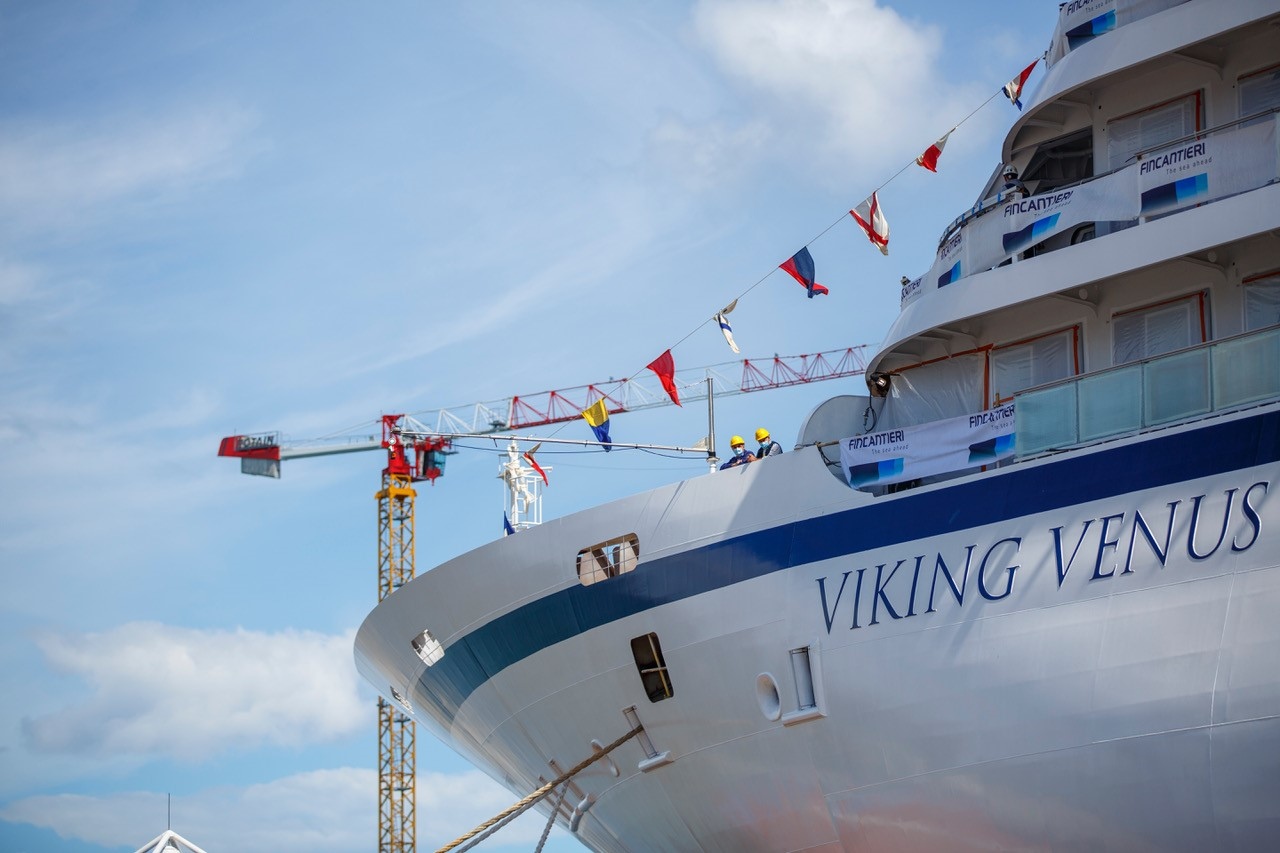 Viking Venus getting read to sail

Viking unveils its newest luxury ship, Viking Venus, on three England’s Scenic Shores sailings (May 22 and 29 and June 5). The seven-night cruises head for the sun (as much as it is possible) with visits to pretty Tresco in the Isles of Scilly, Falmouth in Cornwall and Portland, Dorset’s southernmost point, where one can walk along Chesil Beach and through the ancient stone quarries.

Viking’s safety programme includes an onboard laboratory for daily testing of staff and guests and individual air purification devices for each guest room. Prices to be confirmed.

Rules: UK residents only. Vaccinations not required due to safety programme tests. 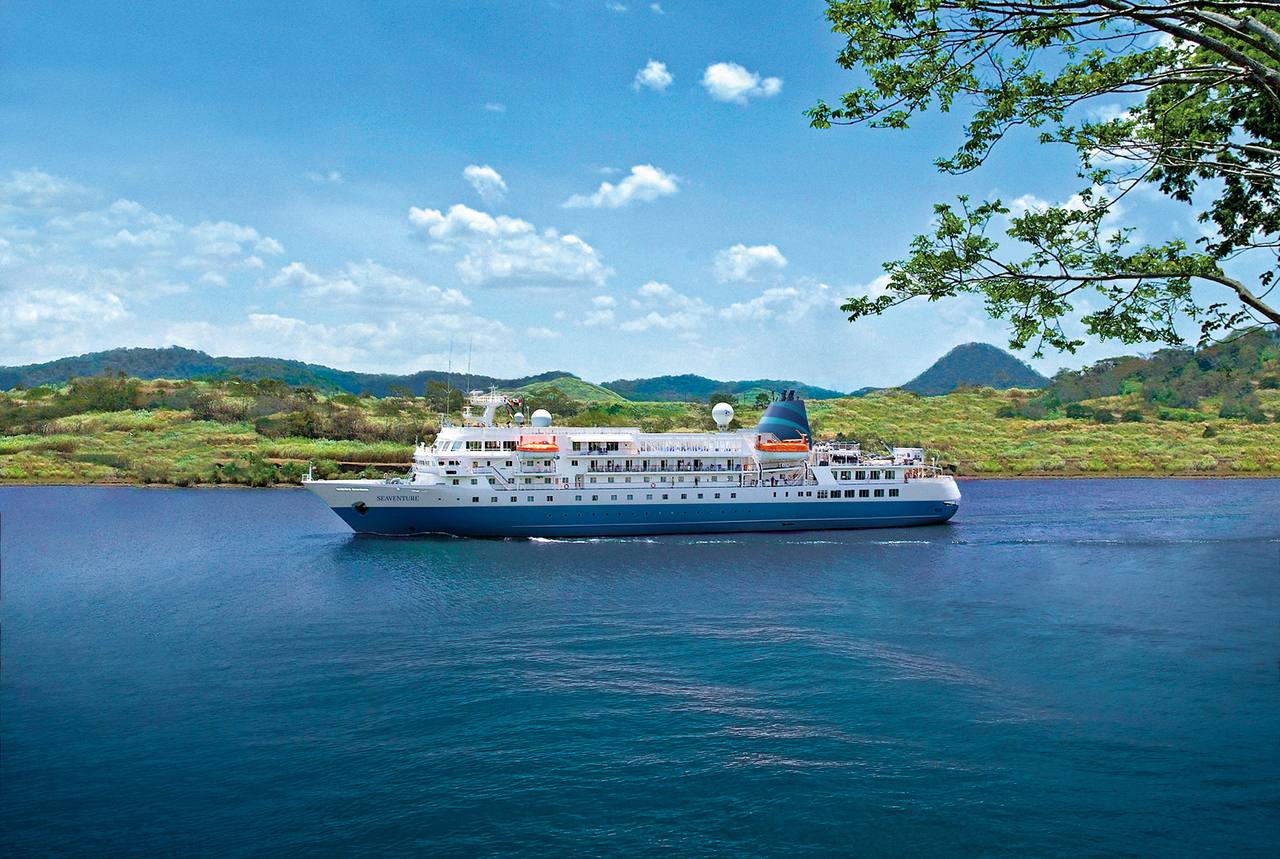 Two Scotland’s Highlands & Islands cruises (July 5, departing Leith near Edinburgh, July 26, departing Greenock near Glasgow) visit Aberdeen (for Balmoral), Orkney, Oban and the Outer Hebrides. Like Riviera’s river cruises, tours are included in the price – which is from £1,999 for each cruise. Plenty to see – and the ship has a heated saltwater pool, gym, sauna and bar if you prefer to stay aboard.

Rules: Guests must be vaccinated or have presented a negative test.

Saga has six summer cruises, not least the 15-night inaugural voyage of Spirit of Adventure, from Tilbury to Dover (July 26, from £3,458), a circumnavigation of Britain, with 11 calls from Newcastle to the Orkneys, Belfast to Bristol. Then there’s the eye-opening six-night Tilbury round trip Northern Isles to the Fjords on sister ship Spirit of Discovery (July 3 and 25, from £1,539), which spends a day sailing amid the waterfalls and mountains of Norway’s longest fjord, Sognefjord, and calls at the Shetlands, Orkneys, Outer Hebrides and Scottish mainland. Discovery has two other Tilbury return trips, the 14-night Great British Isles Adventure (July 11, from £3,375) and six-night Scottish Highlands (June 27, from £1,154). The five-night Celtic Escape to the Irish Sea leaves Southampton on September 24 (from £1,075). All rooms have a balcony and trips are all-inclusive, including tours, wifi, tips, chauffeur to and from ship up to 250 miles each way, free parking or coach or rail travel, and travel insurance with up to £5m coronavirus cover.

The leading ultra-luxury cruise line unveiled a collection of nine voyages each 10 days in length. These will sail round-trip from Piraeus (Athens), taking in many of Greece’s most beautiful destinations, such as Santorini, Paros, Mykonos, and Crete, among others, as well as Haifa (Israel) and Cyprus.

Fred Olsen has a season of 11 British cruises on two small ships new to the fleet, six on Borealis (sailing from Liverpool, July 5-August 23) and three on Bolette (sailing from Dover, August 16, 19 and 24), with two on Balmoral (July 28 and 31). Most are scenic sailings (no stops), from £399 for Bolette’s three-night maiden voyage to the Channel Islands and Isles of Scilly (August 16). Other non-stop trips include weaving amid Scotland’s isles – the rugged Small Isles and Mull, with a loch or two too, the Faroe Islands and even Balmoral’s five-nighter to Norway’s fjords (July 31, £749). Other five- and seven-night trips with stops take in the Orkneys, Shetlands and Northern Ireland. 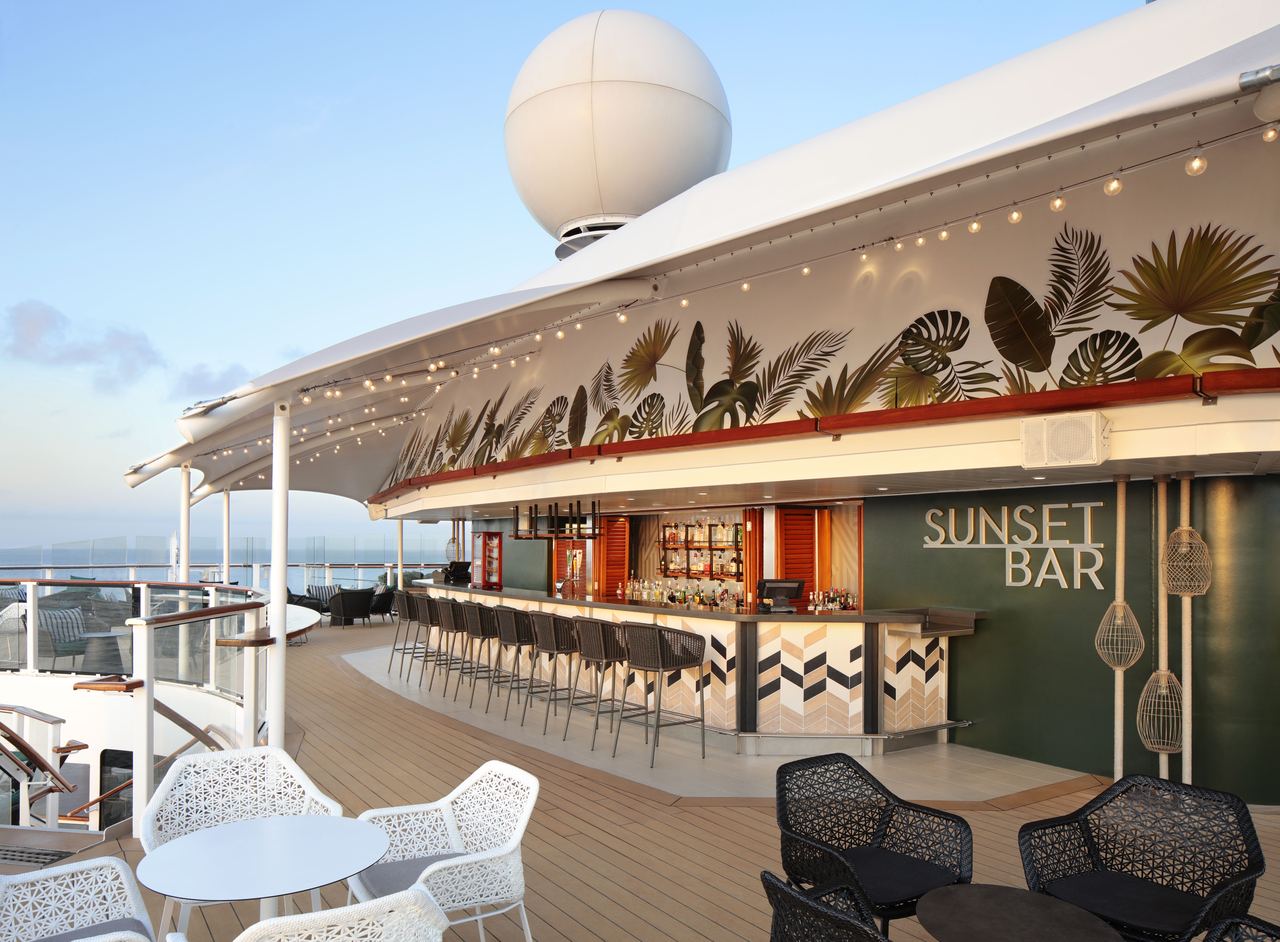 The Sunset Bar on Celebrity Silhouette

Celebrity is offering a string of UK cruises from July 3. The itineraries, six to eight nights, will leave from Southampton and hug Britain’s coast and include several stops in Scotland – Inverness, Kirkwall and Glasgow – as well as Belfast, Liverpool and Portland. Cruises are all on Celebrity Silhouette, given a multi-million-pound makeover last year with the new open-air Retreat hideaway for suite guests, revamped rooms – and digital, hands-free entry to all of them. Six-night sailings in balcony rooms (July 3, 17 and 31) from £1,049, seven nights (August 14, 21 and 28) from £1,299, eight nights (July 9 and 23, August 6) from £1,449, all on the new Always Included programme meaning drinks, wifi and tips are included.

Rules: Vaccinated guests 18 and over those under 18 with negative PCR test results.

Hurtigruten, the Norwegian expedition cruise specialist, turns Britain into an adventure on four voyages from Dover. The 15-day Picturesque Ports, Isolated Islands and Wonderful Wildlife cruise (July 4, August 1, from £3,569) heads up the west coast to the Outer Hebrides and back, with included landings in small boats and some excursions into a wild world of seabirds and standing stones, deserted beaches and Ben Nevis (docking at the historic lochside town of Fort William). There are visits to Scotland, Ireland, Wales, Isle of Man, Scilly Isles and the south coast of England. The 13-day Remote Islands, Natural Wonders and a Diverse Coastline trip (August 15, September 10, from £3,315) follows a similar route. All cruises are on 500-passenger MS Maud, cool and contemporary with bars and restaurants, and including expert lectures and wine with dinner. 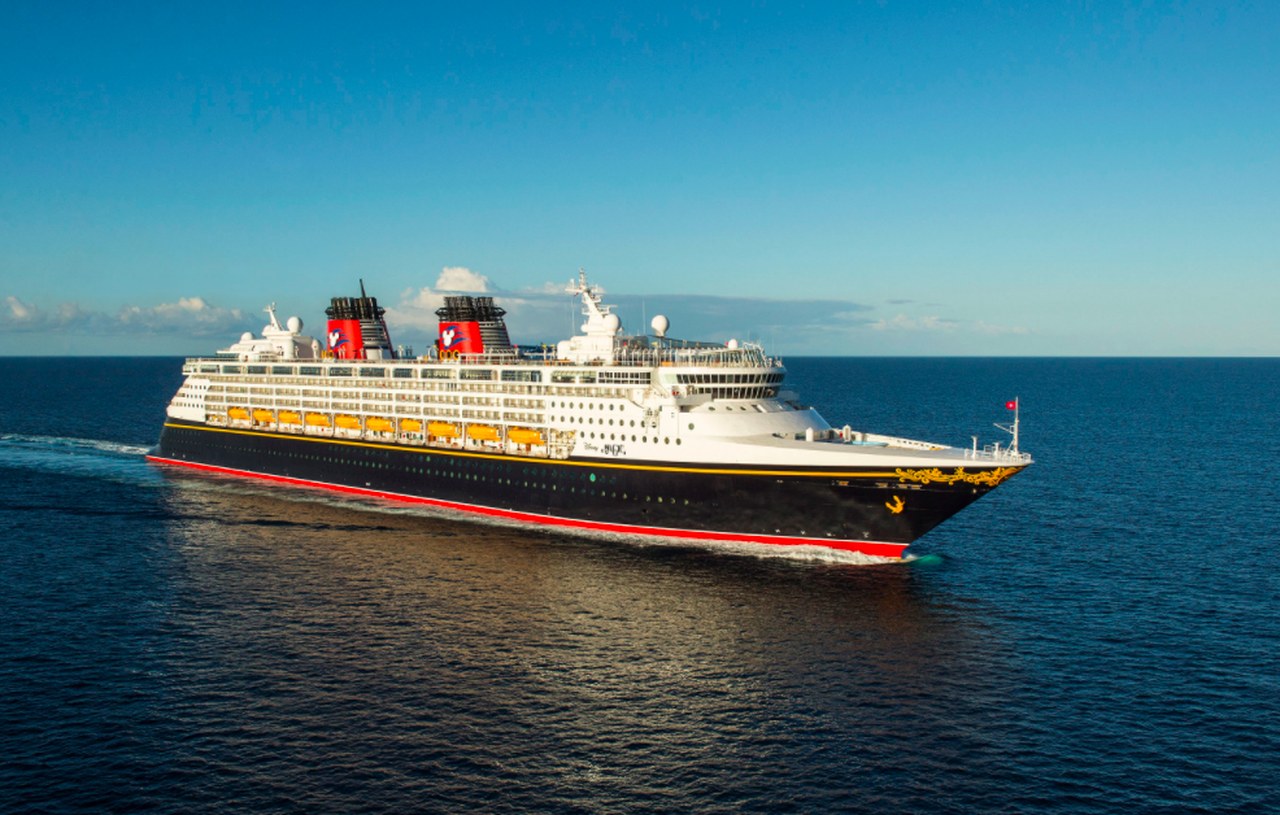 Disney Cruise Line has always offered fantastic theme parks at sea – this summer you don’t even need to worry about disrupting the fun by getting off to explore.

Disney Magic will have non-stop sailings of two, three and four days from Southampton, Liverpool, Newcastle and London Tilbury. The trips are for all ages, alongside favourite characters, waterslides, children’s clubs are adult-only pool and spa, an entertainment district and fine-dining restaurant. Dates and prices to be confirmed.

Sailings will be on new flagship MSC Virtuosa. British guests only and those without vaccinations will have to show proof of a negative test within 72 hours prior to embarkation. And Cunard (cunard.com) is offering the chance to sail around Britain in glorious style – Queen Elizabeth’s cancelled summer season in the Med has been replaced by holidays at home, details to be finalised.