Top 10 Alternative Ski Resorts worth sloping off to

The ski season is fast approaching, and winter sports lovers around the world are excited to get back on the slopes. Whether you are a skier or a snowboarder, an expert or a novice, the combination of epic mountain landscapes, fresh air, and some unforgettable apres-ski activities will have been sorely missed. This winter, pack your kit and head off to one of the world’s top alternative ski resorts to discover perfect powder without the crowds. 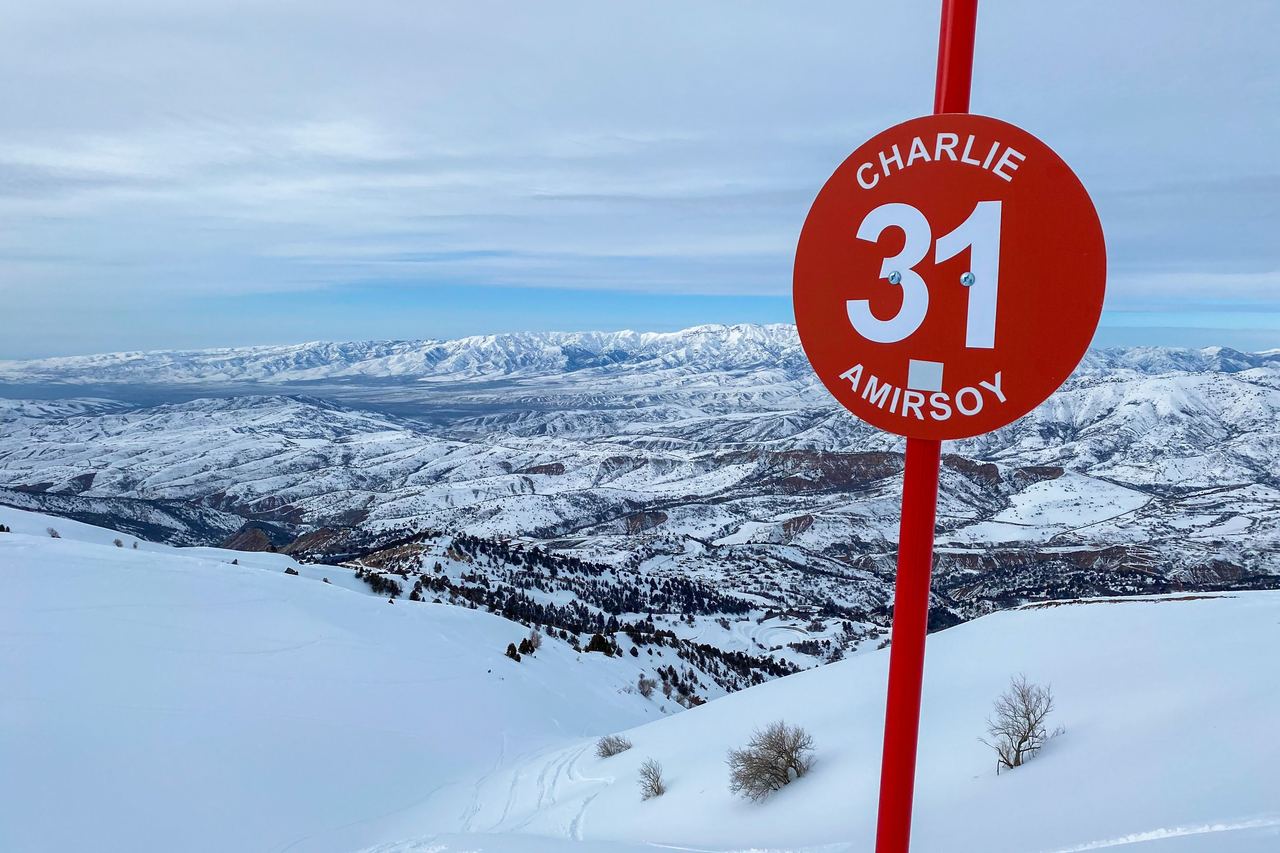 Amirsoy only opened to the public in winter 2019/20, so this is the first ski season that most international skiers will be able to pay a visit. The brand new facilities include a gondola and chair lift, a luxurious chalet village with hammam and spa, multi-cuisine restaurants, and a super ski school for beginners.

Get there: Uzbekistan Airways flies from London Heathrow to Tashkent.
Stay at: Le Chalet by Amirsoy

Bakuriani is one of Georgia’s smaller ski resorts and has always been popular with families. Since the opening of Rooms Hotel Kokhta – the sister hotel to Rooms Tbilisi – in January 2020, the resort is also pulling in a fashion-conscious crowd wanting to ski in and ski out from their design hotel and party hard once the lifts have closed.

Get there: Georgian Airways flies from London Gatwick to Tbilisi.
Stay at: Rooms Hotel Kokhta. 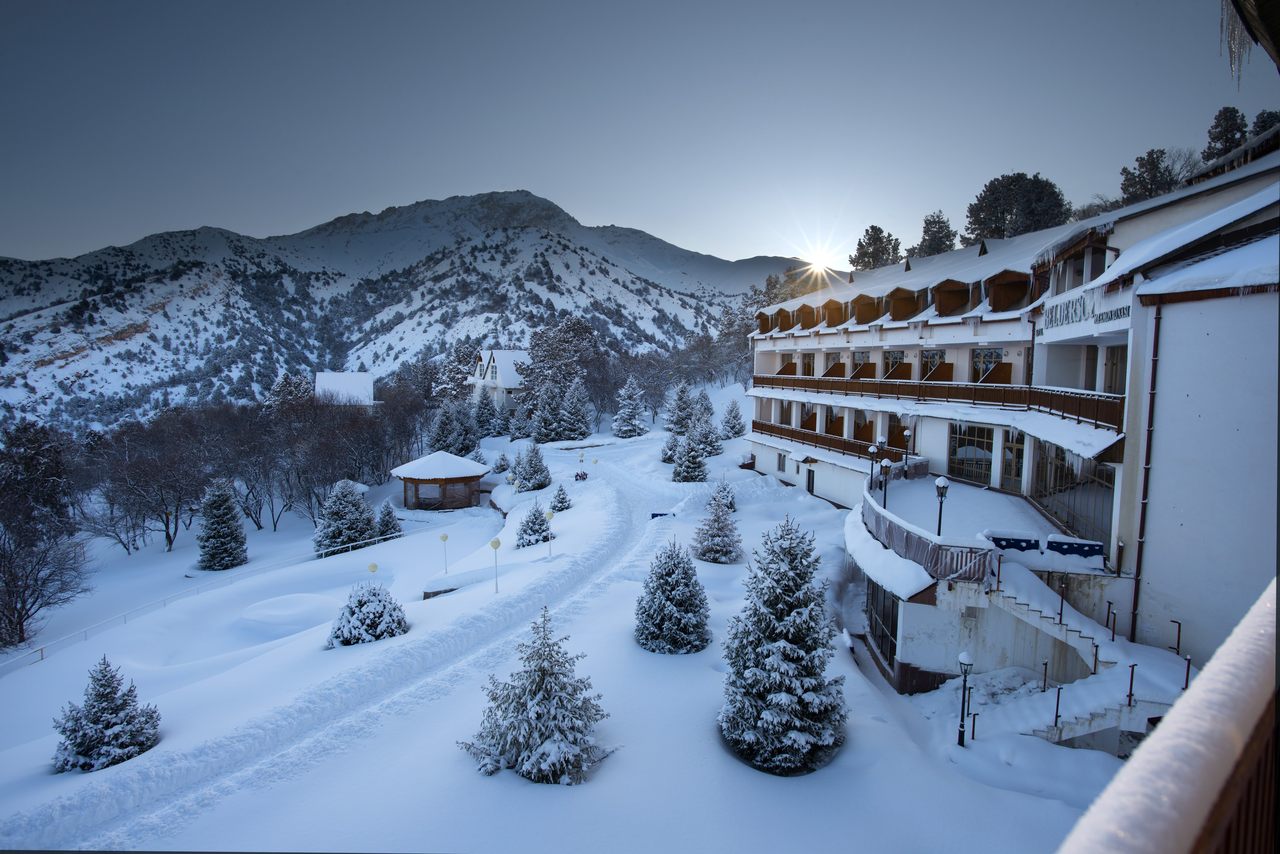 The small Soviet-era resort of Beldersoy in Uzbekistan’s Chimgan Mountains may not yet have world-class facilities, but it is the base for some of the world’s best and most affordable heli skiing. Adrenaline junkies can fly from the helipad outside Hotel Beldersoy and be dropped on top of hundreds of peaks, skiing down on virgin snow in the company of a veteran heliski guide.

Get there: Uzbekistan Airways flies from London to Tashkent.
Stay at: Hotel Beldersoy. 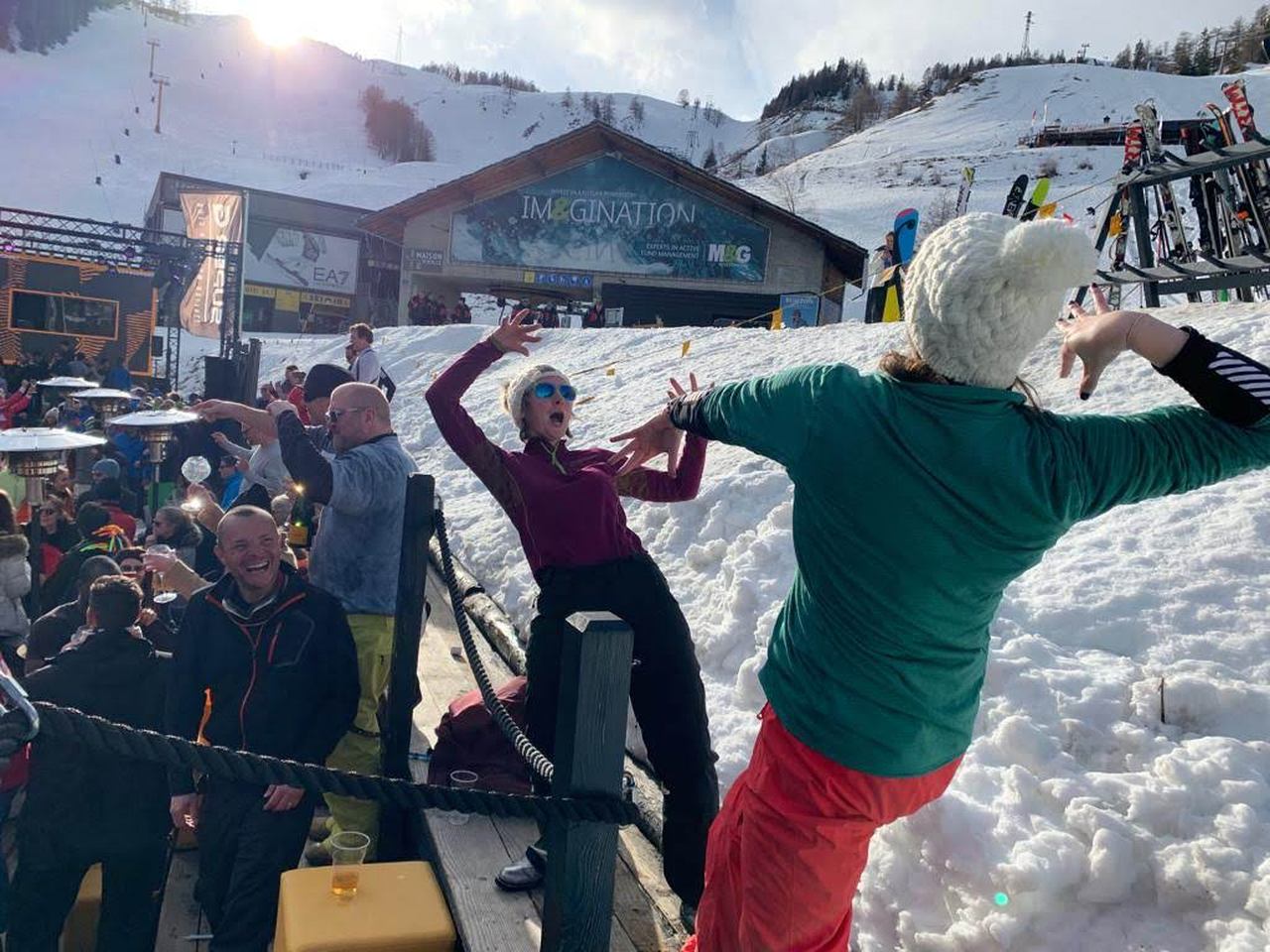 Courmayeur sits in the shadow of Mont Blanc, Europe’s highest mountain. This charming Alpine resort hosts the annual Mountain Gourmet Ski, when celebrity chefs such as Heston Blumenthal, Tom Kerridge, and Claude Bosi cook up a feast for hungry skiers. The combination of snowmobiling to a remote mountain refuge, world-class gastronomy, and late night dancing makes this one of the best winter events around.

Get there: British Airways flies from London Gatwick to Turin.
Stay at: Le Massif Courmayeur.

There’s more to Andorra than banking. Quite a lot more, in fact, especially if you’re a skier. Grandvalira is the largest ski resort in the Pyrenees, and it comprises multiple interlinked resorts, each with its own distinctive character. There’s plenty to do both on and off the piste, including speed riding (freestyle skiing meets paragliding!), snow biking, and spending a night in the Iglu Hotel at Grau Roig.

Get there: EasyJet flies from London Gatwick to Barcelona.
Stay at: the Iglu Hotel. 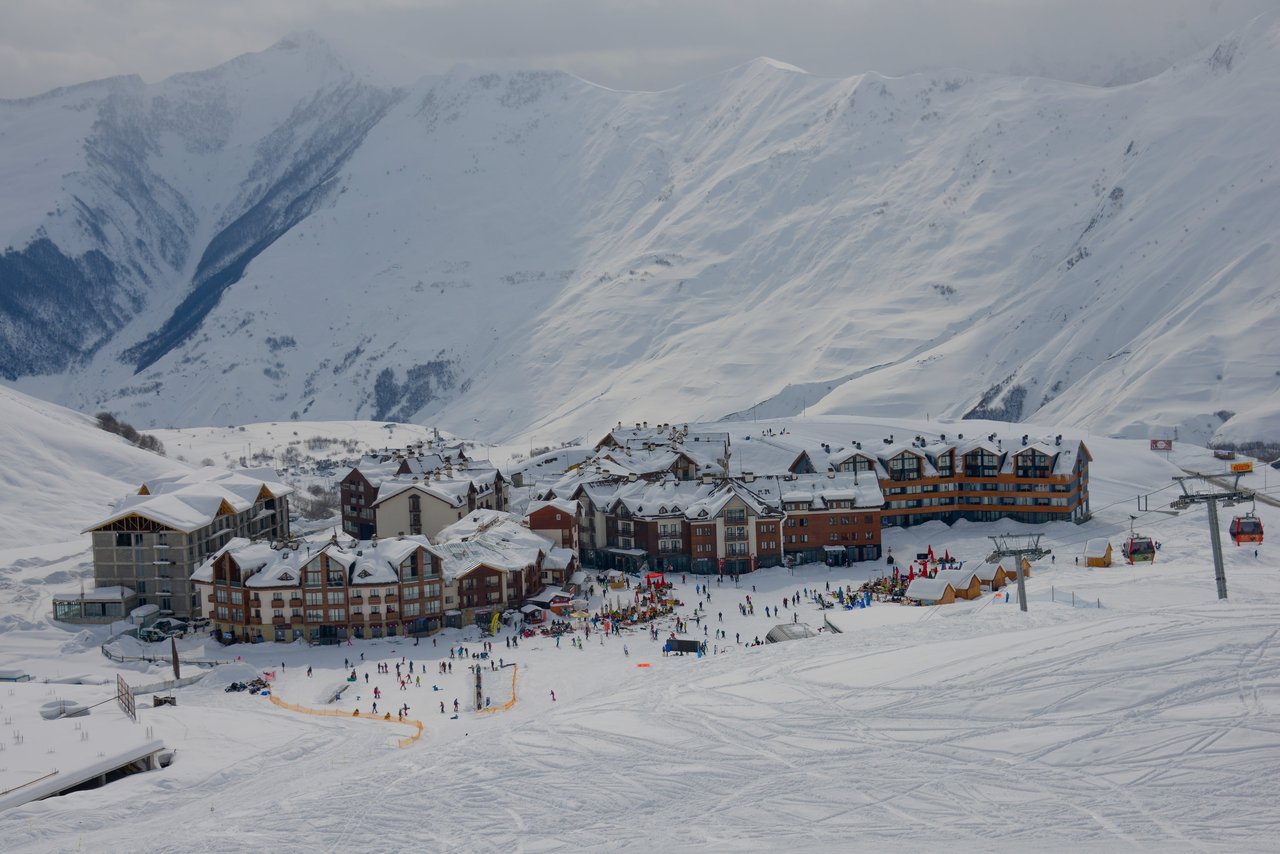 Although Georgia is best known for its wine, the Caucasian country is steadily building its reputation as a ski destination, too. Gudauri is a couple of hours drive from Tbilisi, and high enough to guarantee good snowfall. The number of lifts, slopes, and supporting infrastructure is expanding year on year, and it’s a super place to combine legendary Georgian hospitality with a mixture of on-piste and backcountry skiing.

Get there: Georgian Airways flies from London Gatwick to Tbilisi.
Stay at: Rooms Kazbegi. 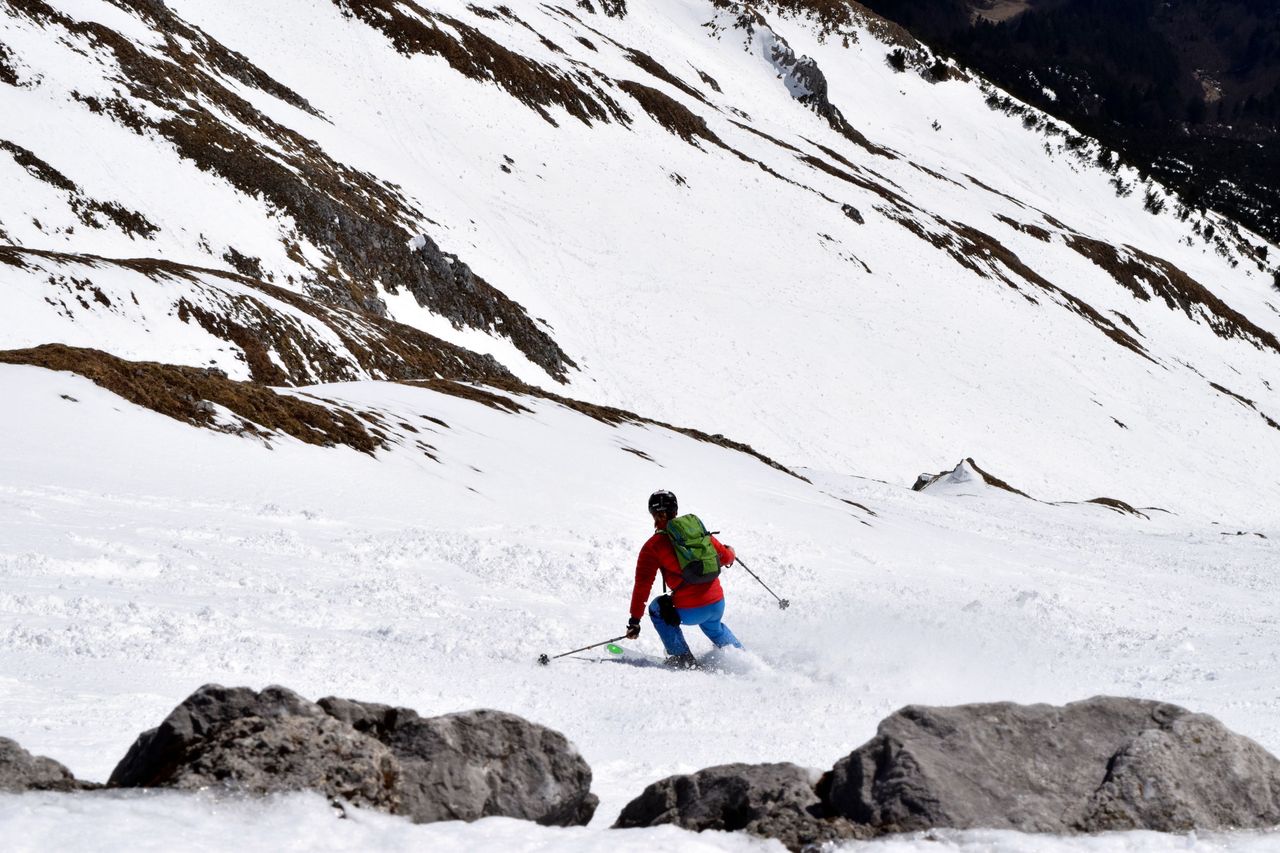 Innsbruck is one of the most photogenic cities in Austria, and it is a great base for exploring numerous ski areas in the Tyrol. Closest by is Nordkette, an alpine wilderness which is part of the Karwendel Nature Park and is accessible directly from the city centre by funicular. Most of the visitors come up to admire the views, drink beers, and sunbathe in the snow, but there are some dramatic (and very steep) runs down for confident skiers.

Get there: British Airways flies from London Heathrow to Innsbruck.
Stay at: Hotel Grauer Bar.

When the Winter Olympics were held in Japan in 1998, Nowaza Onsen was one of the host resorts. The village takes its name from the naturally occurring hot springs which are found here, and after a day on the slopes there is nowhere better to warm up and relax than in an onsen, a communal bath. The street food and fine dining are a total contrast from the cheese-heavy fare of the Alps, but really enrich the experience.

Get there: British Airways flies from London Heathrow to Tokyo.
Stay at: Shiro Nozawa. 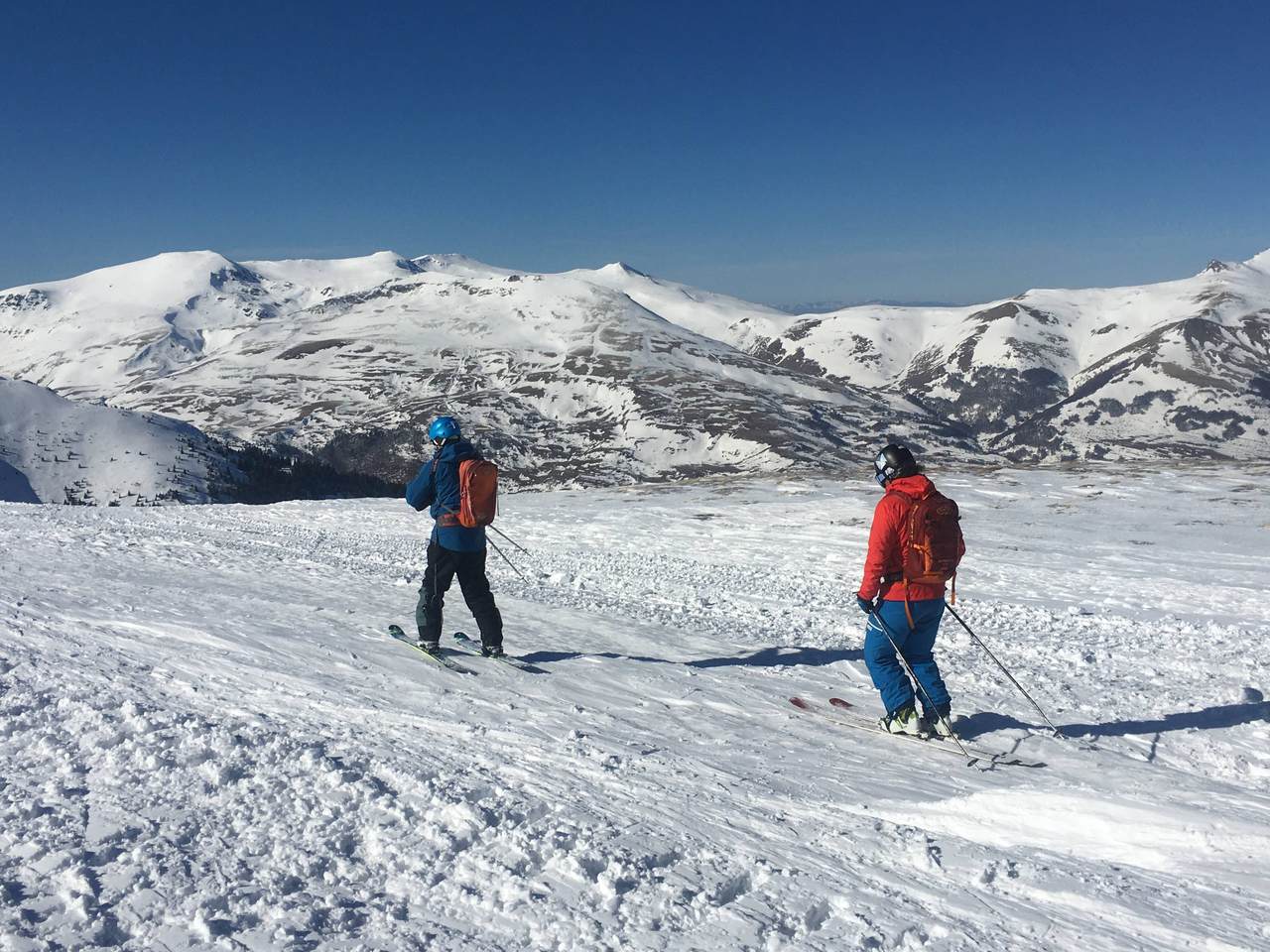 North Macedonia is the centre of cat skiing in Europe. Although resorts such as Popova Sapka do have some lifts, the real draw is the opportunity to ride well beyond the reach of permanent infrastructure, accessing the mountain tops by Snowcat (piste basher). Each Snowcat can carry around a dozen skiers or snowboarders, so you’ll have a ready-made group of friends for your backcountry adventure.

Get there: Wizz Air flies from London Luton to Skopje.
Stay at: Hotel Arena. 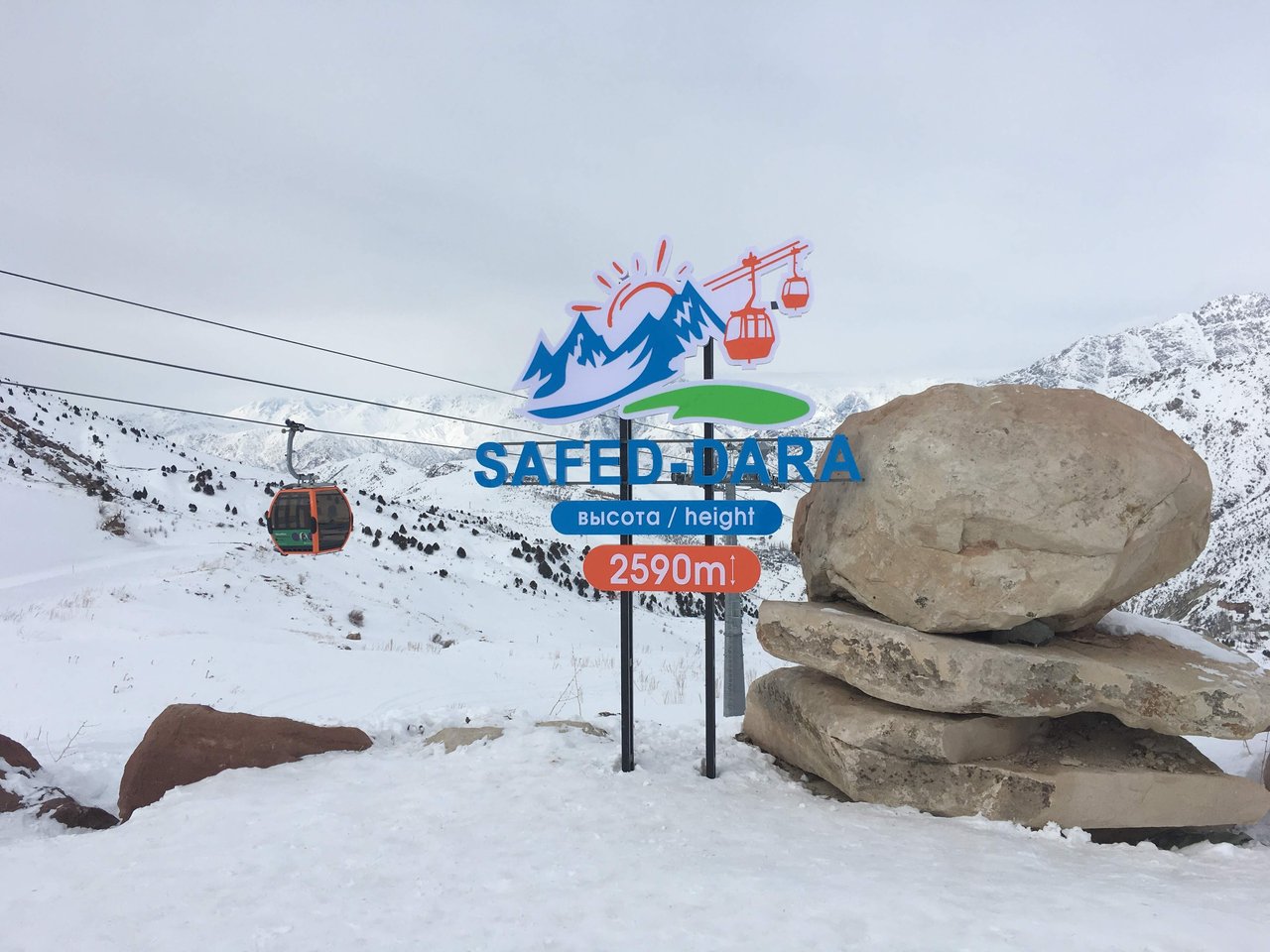 There are times when you don’t want fancy hotels, lots of ski lifts, and dancing in bars. If your priority this winter is communing with the mountains, cross country skiing and exploring wild places far from human habitation, then bring your own equipment to Safed Dara. This tiny resort with two t-bar lifts is the gateway to adventure on the fringe of the Pamir Mountains, an area of extraordinary natural beauty with uncountable backcountry routes.

Get there: Uzbekistan Airways flies from London Heathrow to Dushanbe via Tashkent.
Stay at: Dushanbe Serena Hotel.

So, powder hounds, where will your next ski trip be?