Top 10 things to see and do in North Macedonia

The Republic of North Macedonia is the last wilderness in Europe, a small Balkan state with thousands of years of history and culture which borders Bulgaria and Greece. Just over three-quarters of a million foreign tourists visited in 2019.

Though many of them would undoubtedly keep North Macedonia’s treasures to themselves, this extraordinary country is a secret too good not to share.

If you want an uncrowded, affordable, short-haul destination for your long-awaited travel escape this year, here are 10 reasons that North Macedonia should rocket to the front of your list. 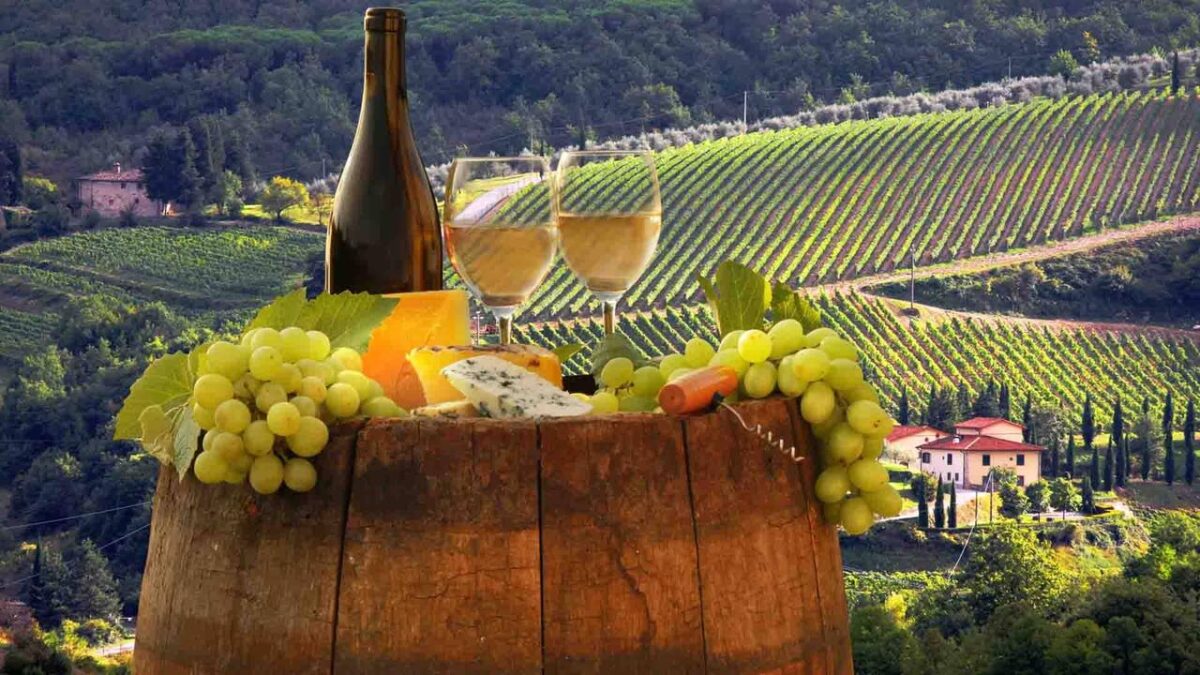 Did you know wine has been produced in North Macedonia for more than 4,000 years? That’s a long time to perfect the art of making wine.

International grapes, such as Cabernet Sauvignon and Pinot Grigio growing prolifically in the vineyards, as do indigenous grapes rarely found elsewhere.

Indeed 90 per cent of all the Vranec vines in the world are planted in North Macedonia, and Macedonians celebrate World Vranec Day every October with a wine festival and tastings in their capital city Skopje.

Wine tourism in North Macedonia is growing, with more and more vineyards and wineries opening to visitors. Whet your appetite before you go with a 360-degree tour of Tikves Winery. Then plan a route taking in Lazar Winery and Popova Kula Winery. Both offer tours, tastings, and places to stay in their idyllic vineyard settings. 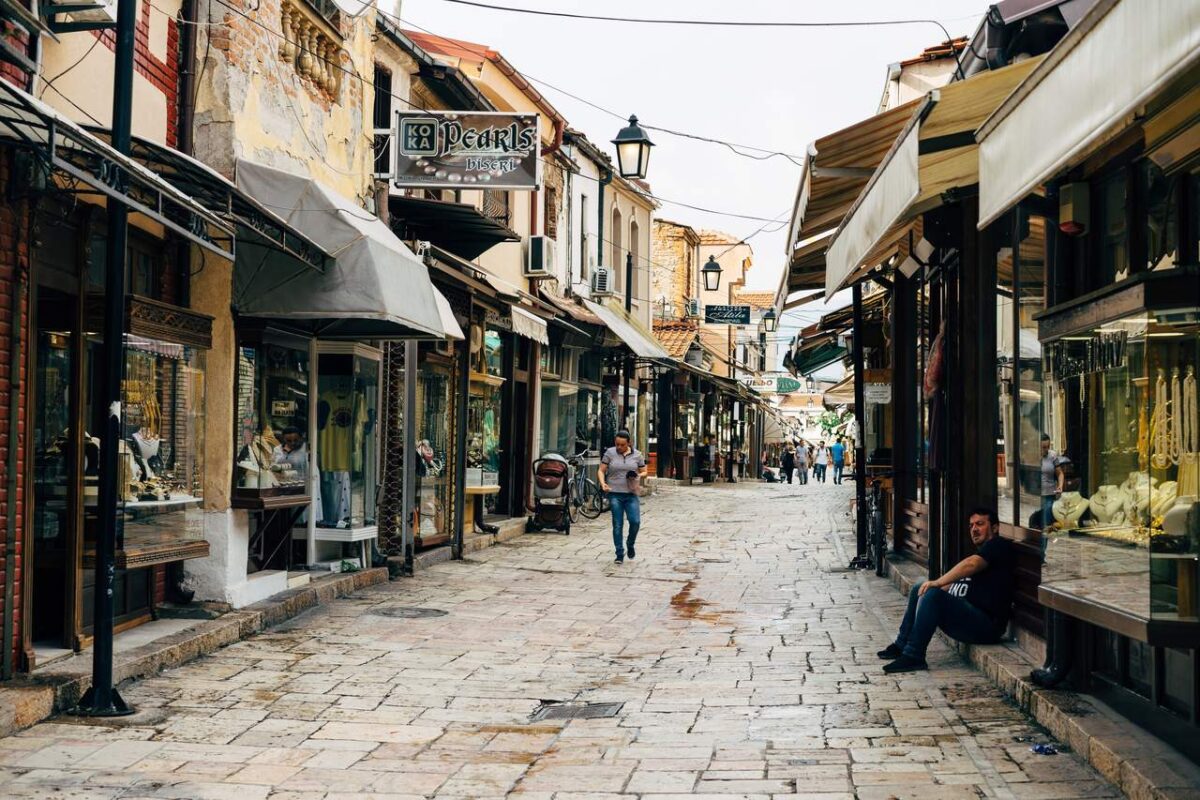 The Old Bazaar has been Skopje’s commercial centre since the 12th century. It was close to the Vardar River and on the main trade route between Sarajevo and Athens.

The Ottomans built an extensive network of open and covered market buildings, caravanserais, mosques, monuments, and all the supporting infrastructure that a medieval merchant might need. Earthquakes, fire, and time have all taken their toll, but it’s still a fascinating, culturally rich part of the city to explore.

Today the Old Bazaar is protected as a cultural heritage site. At the same time, two museums, the Museum of the Republic of North Macedonia and the Museum of Modern Art, have been built in this part of Skopje, further enhancing its appeal. Allow plenty of time to wander the historic streets, soak up the atmosphere, and then head to the rooftop bar at Hotel Arka in time for sunset.

The Orthodox Monastery of St Jovan Bigorski (St John the Baptist) is in Mavrovo in the western part of North Macedonia. Founded originally in 1020, it was destroyed by the Ottomans in the 16th century but then rebuilt.

The monastery clings to the hillside and has superb views across the valleys. A community of monks still live here, though they welcome respectful guests. The monastery highlights are its spectacular frescoes and wooden iconostasis, and there is also a large collection of sacred relics. 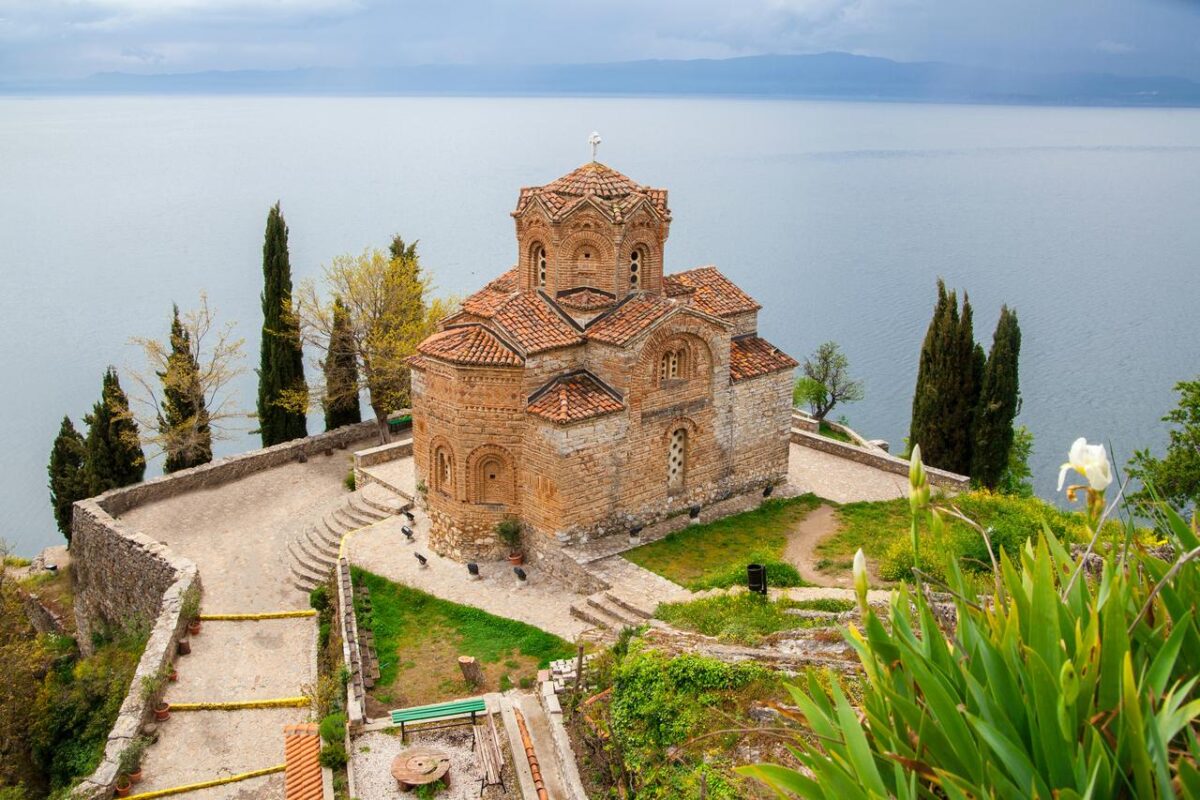 Lake Ohrid is a UNESCO World Heritage Site, and it straddles the border between North Macedonia and Albania. One of the oldest and deepest lakes in Europe, it is an important biosphere reserve, as well as being an undeniably scenic location to relax.

As a tourist, you are likely to stay in Ohrid or Struga, both of which are right on the lakeshore. Hotel Pela is tucked into the midst of a pine forest in the national park, with breathtaking views of the lake, and at Camp Krste Jon in Struga, you can spend the night in a treehouse, ramping up the excitement of your adventure.

North Macedonia boasts some of the best hiking routes in Europe, with several new trails mapped and developed with EU funding in the past few years. Ema Fildishevska of Macedonia Travel has been at the forefront of trails development, devising options for hikers and mountain bikers alike. She has created more than 20 self-guided one-day hikes, plus a variety of longer routes, including overnight accommodation in homestays. North Macedonia’s most stunning hiking locations include the Sharr Mountains (one of the largest massifs in the Balkans), Lesnica, the Via Dinarica, and Canyon Matka.

Balkan mountain horses are hardy and sure-footed on steep terrain. In the saddle, you can ride for miles across the incredibly wild, beautiful scenery of North Macedonia’s national parks and other unspoiled areas of countryside.

North Macedonia is a four seasons destination, as exciting in the winter months as it is in the height of summer. From January to March, winter sports lovers will mostly be in their element, with several ski resorts and backcountry choices galore.

North Macedonia was one of the first countries in Europe to offer cat skiing, and you can ride with locals with Eskimo Freeride. The activity’s premise is simple: you travel up the mountain on a specially designed snow groomer, accessing places ski lifts don’t reach. You can then ski or snowboard through the thick, untouched snow, miles away from anyone else.

Those who prefer skiing with a little more infrastructure and a little less adrenaline can head instead to the ski centre at Resort Mavrovo for a gentler winter sports experience. 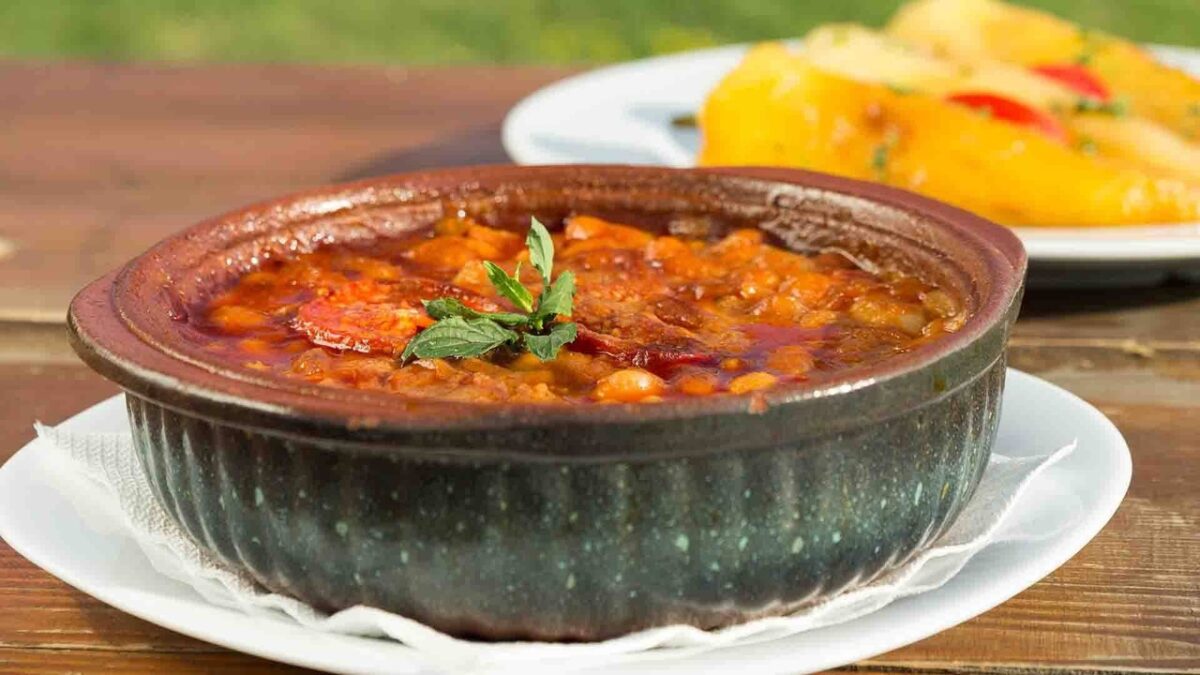 When was the last time you ate in a Macedonian restaurant? If you haven’t yet been treated to that feast, it’s about time you put that right.

Macedonian cuisine reflects Balkan, Mediterranean, and Turkish influences and incorporates the very best local, seasonal ingredients, many of which are organic. Not only is Macedonian food delicious, but the restaurants are incredibly affordably priced, with a good meal for two often costing no more than £10.

One of the best restaurants in North Macedonia is the House of the Miyaks, very close to St Jovan Bigorski monastery.

They serve homemade bread and locally produced cheeses and charcuterie, plus mouthwatering specialities such as grilled trout, rich stews baked in earthenware pots, and malidzano, a dip or spread made from aubergine and peppers, flavoured with wild herbs from the hills. 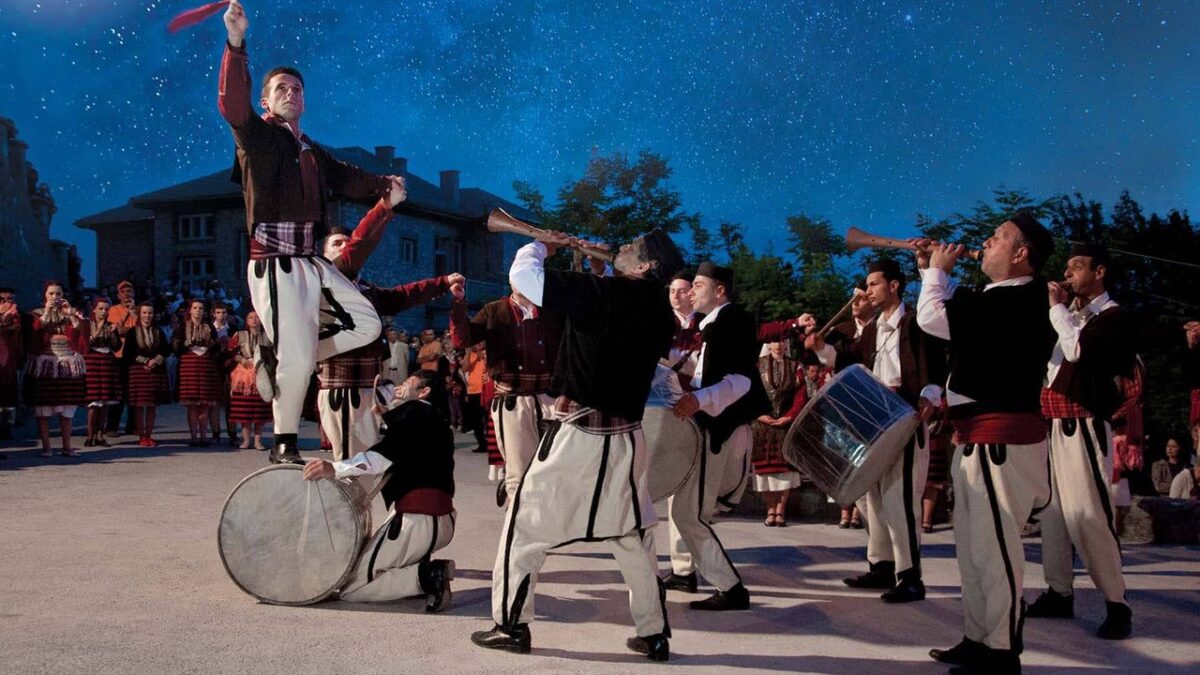 Attending a wedding is an unbeatable way to immerse yourself in the local culture. In North Macedonia, the Galicnik Wedding Festival takes place every July and lasts for five days. Couples from all over the country compete to celebrate their wedding during the festival, but only one bride and groom are chosen each year.

There’s live music and traditional dancing by both men and women, and the guests dress up in their finest national attire. It’s one of the most popular events on the calendar for locals and tourists alike.

Take to the Skies 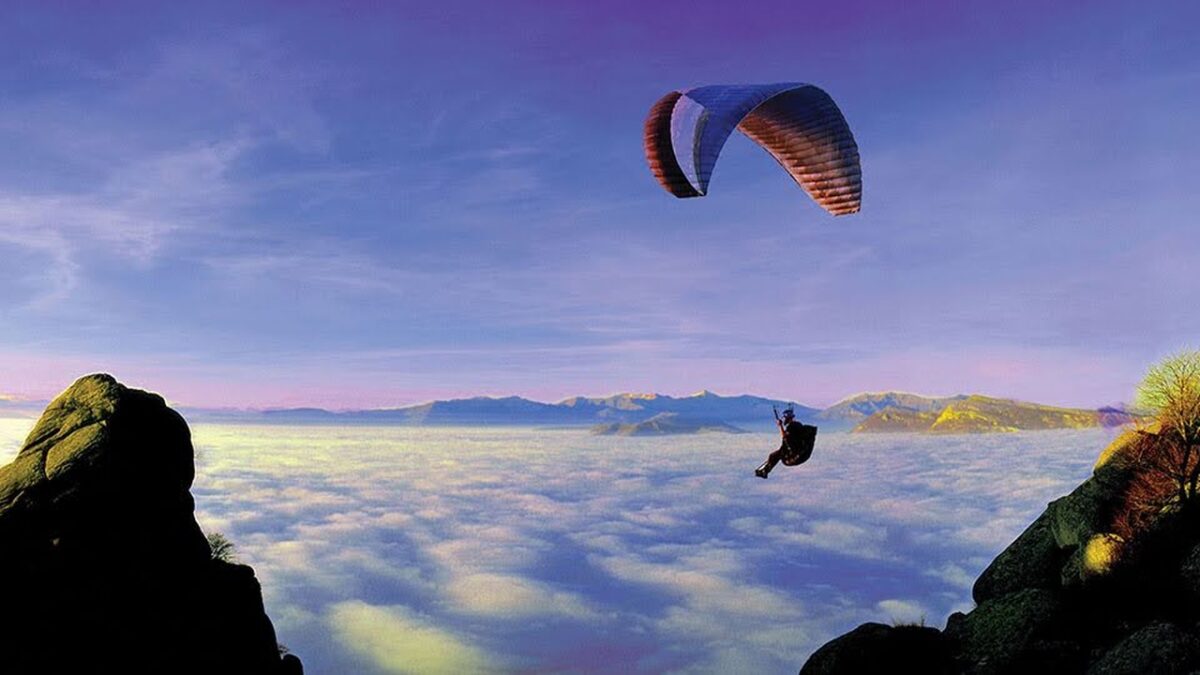 Take to the skies by paragliding

The rivers, lakes, and mountains of North Macedonia are some of the most spectacular, yet least developed, in Europe. And although these extensive wildernesses are gorgeous from the ground, it’s a whole new experience to take flight and see them from the air.

There are airborne activities for every budget and appetite for risk, from paragliding and tandem parachute jumping to more gentle hot air balloon rides floating above the national parks.