The mountainous Republic of Tajikistan is one of Asia’s best-kept secrets. We reveal all.

The mountainous Republic of Tajikistan is one of Asia’s best-kept secrets. Since the country’s independence 30 years ago, a small number of adventure tourists have discovered its extraordinary natural landscapes and historic sites. But whereas other popular mountain destinations like Nepal and Ladakh have boasted their adventure credentials and consequently suffered from over-tourism, modest Tajikistan is only now starting to reveal all that she has to offer. The pioneering tourists who do visit this part of Central Asia will more often than not have cultural sites and hiking trails to themselves and will be welcomed with open arms. Read on for the Top 10 Things to See and Do in Tajikistan. 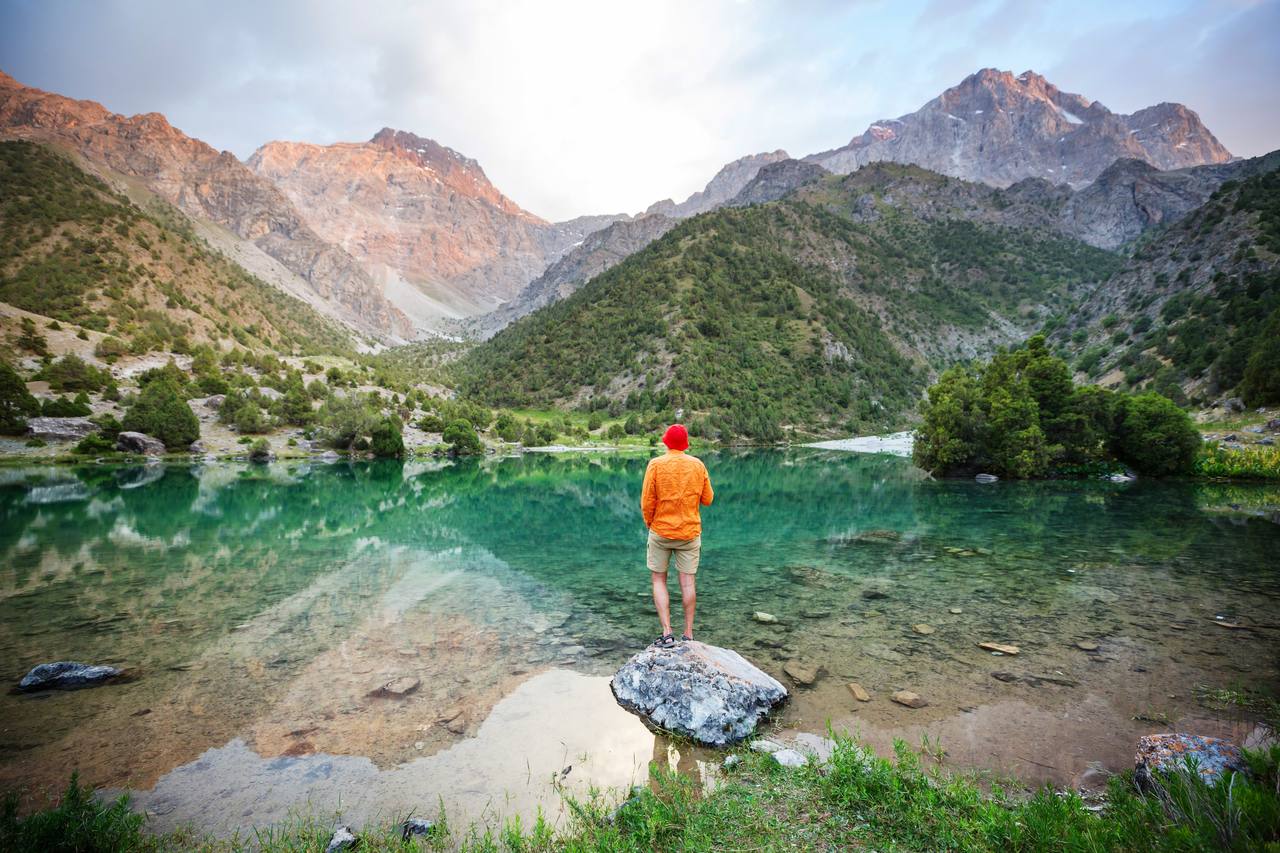 The Fann Mountains are in the northwest part of Tajikistan, and easily accessible from Dushanbe. Although less famous than the Pamir, the Fann are no less impressive, with peaks such as Chimtarga rising to ​​5,489m. It is possible to go trekking in the Fann Mountains between May and October, and the late spring and early summer are especially beautiful as this is when the meadows are filled with alpine flowers. If you are short on time, you might also consider taking a day trip to Iskanderkul, one of the Fann’s most scenic spots. It is a turquoise lake named after Alexander the Great, with a waterfall nearby. 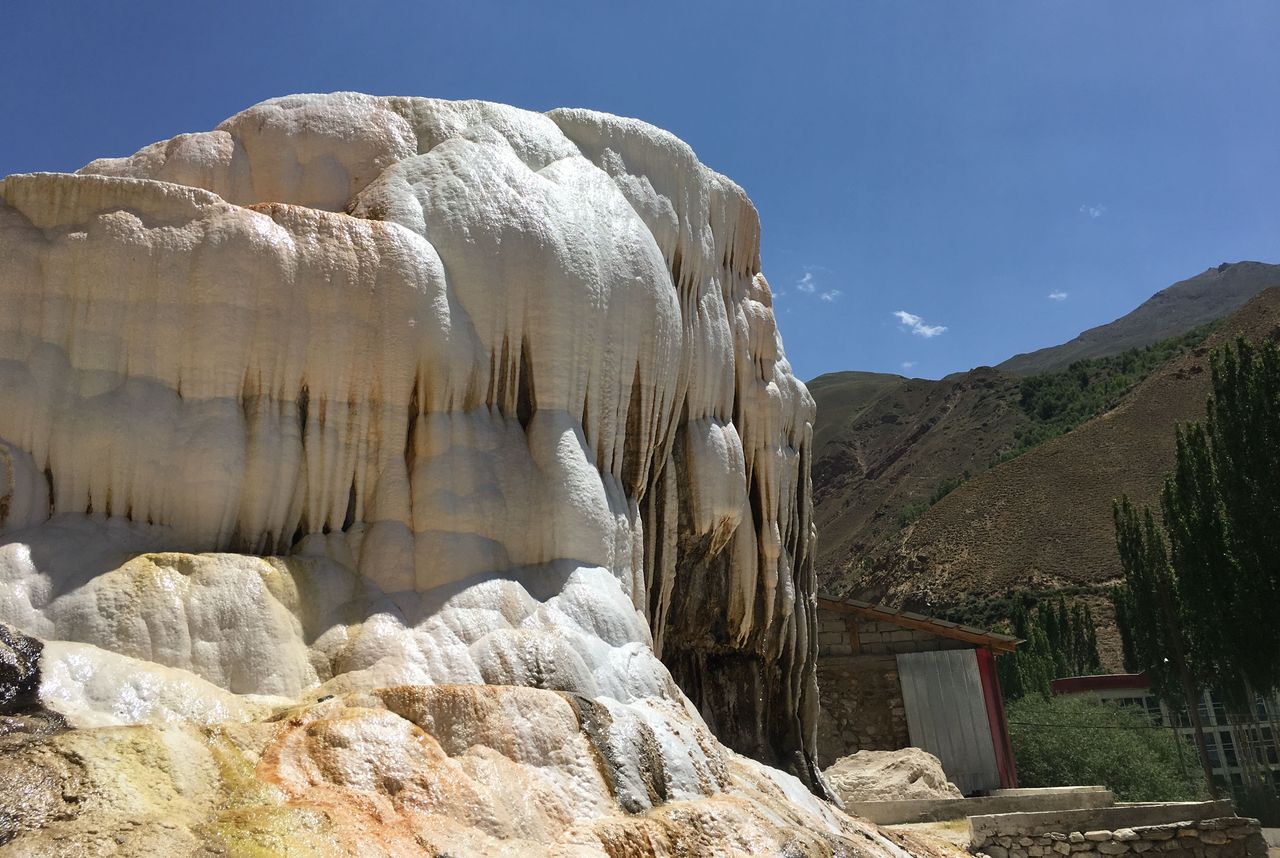 Garm Chashma means “hot springs” in Tajik. Legend has it that Ali, son-in-law of the Prophet Muhammad, struck the ground with his sword while fighting a dragon, and hot water spewed forth. Over thousands of years, the mineral deposits have created a meringue-like rock with a pool in its centre. You will find it just south of Khorog on the Pamir Highway. The water comes out of the earth at around 65 Celsius, and many local people come here to bathe and seek healing, as it is said that mineral water can treat more than 70 different health conditions. Bathing sessions are divided by sex, as most bathers prefer to swim naked. 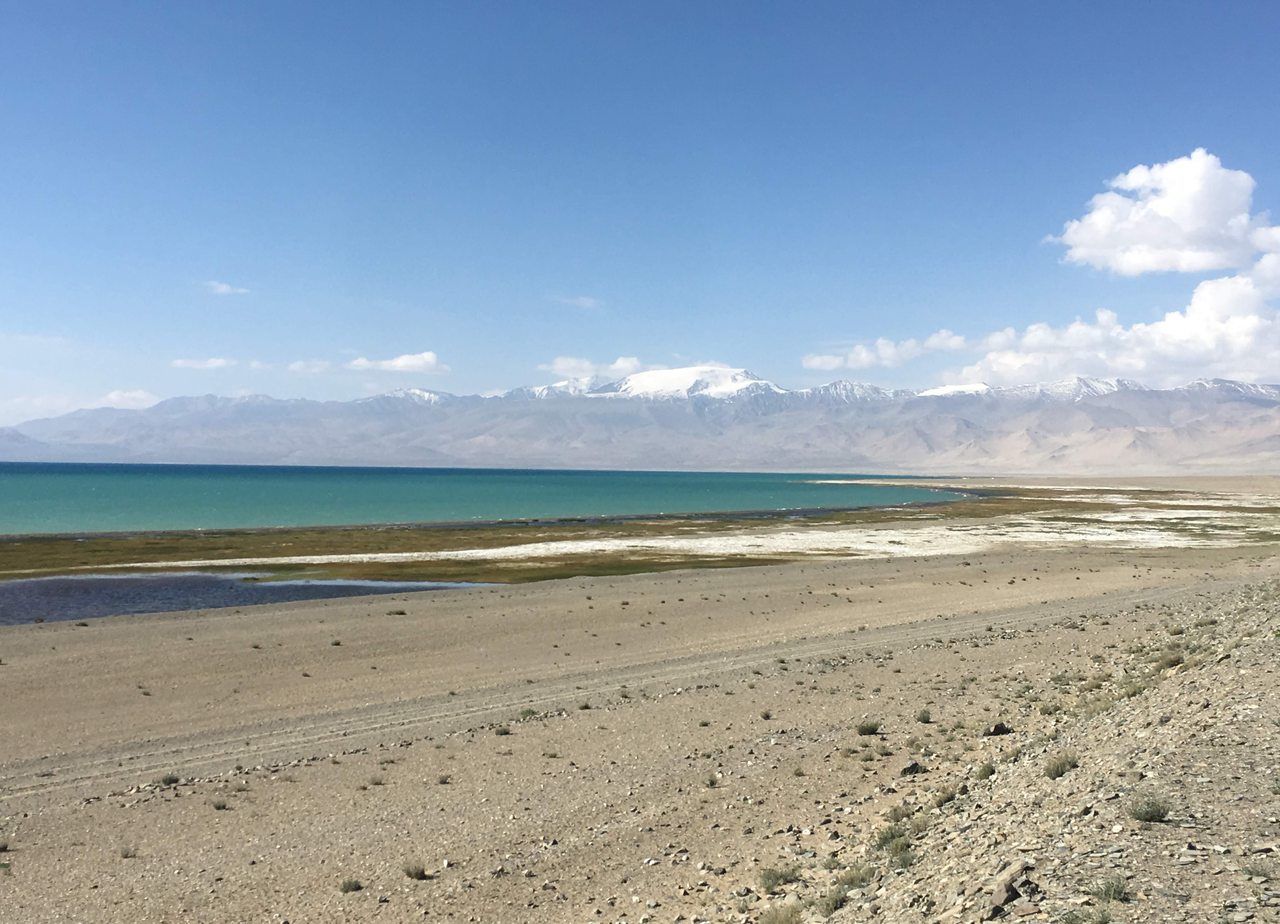 Karakul- which means “Black Lake” –  seems to be on top of the world. At 3,960m above sea level, it is one of the highest lakes in the world, higher even than Titicaca. Karakul lies within the Tajik National Park, which is a natural UNESCO World Heritage Site. Its combination of ecosystems makes it an important habitat for birds, including rare species such as bar-headed geese, Tibetan sand grouse, yellow-billed chough, and Caucasian great rose finch. There are no hotels at Karakul, but there are several homestays in the village where you can experience local hospitality.

It is not only in Indiana Jones that whole cities vanish. Sometimes it happens in real life, too! Karon was once a thriving settlement above the Panj River on the edge of Tajikistan’s GBAO region. It had a spectacular citadel, water and fire temples, gold mines and workshops, and a polo stadium with space for 10,000 spectators. And then Karon disappeared. It was only rediscovered by archaeologists in 2012, and they are steadily excavating a vast site which has been nicknamed “the Machu Picchu of Tajikistan”. Very few tours stop here, but those which do are in for a fascinating history lesson, as well as spectacular views of the citadel and surrounding mountains. 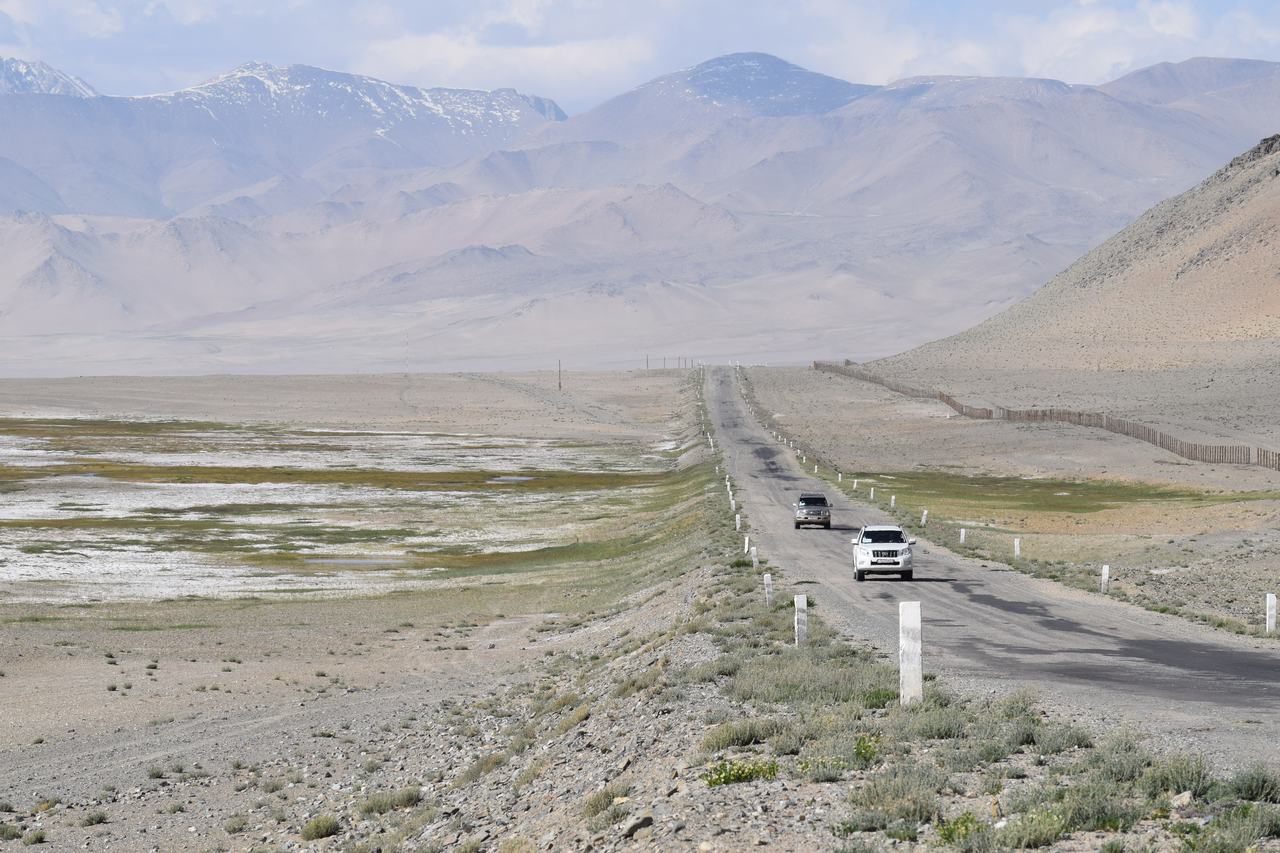 Tajikistan’s Pamir Highway is not only the country’s most famous tourist attraction but also one of the world’s greatest road trips. Most tourists choose to explore the Pamir Highway by car, but an intrepid and very fit few take on the challenge by bike.

The most popular route goes south from Dushanbe through rolling hills, and then follows the Afghan-Tajik border along the Panj River to Khorog, gateway to the Pamir. The road and the landscapes then become significantly wilder as you cross the remote Murghab Plateau in the Pamir Mountains, reaching a high point of 4,655m. The altitude alone will take your breath away! 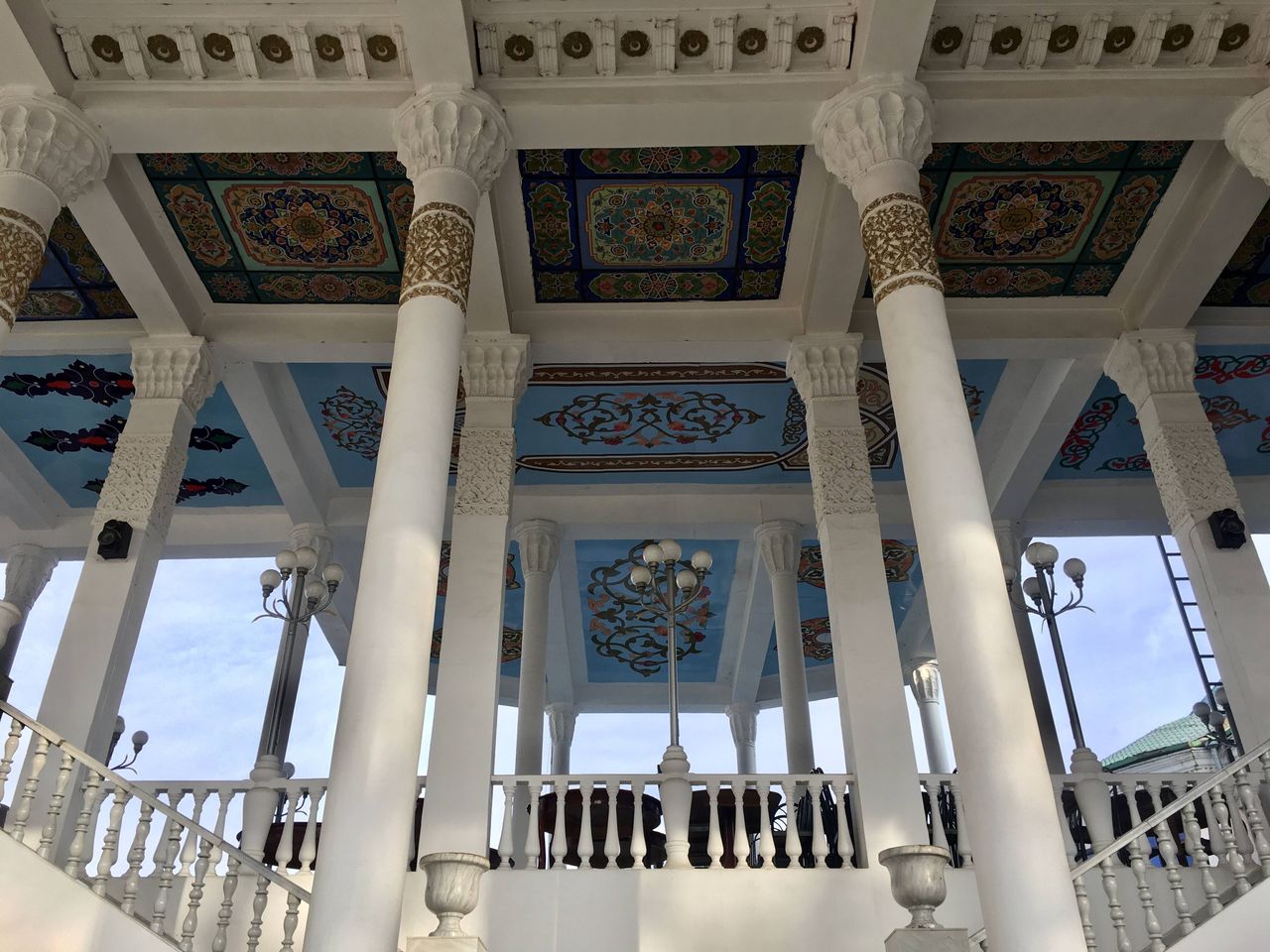 Drinking tea is a national pastime.

Drinking tea is a national pastime in Tajikistan; it is an essential part of every human interaction, as well as the best way to start the day and to finish every meal. In Dushanbe you should visit the Rokhat Teahouse, an architectural masterpiece built during the Soviet period. The building’s white neo-classical facade gives way to an exquisitely decorated interior, the traditional Persian design of which was created by some of the most skilled artisans in Tajikistan. Come for lunch and enjoy shashlik (kebabs) and a pot of green tea as you admire the beautiful surroundings.

7. Roof of the World Festival

The aptly named Roof of the World Festival takes place annually in Khorog, the largest city in GBAO. The festival celebrates the vibrant music and dance traditions of the Pamir, and guest performers are also invited from abroad. Most of the events take place in Khorog’s leafy Central Park beside the river, but the whole town buzzes with street food, handicrafts stalls, and performers and audiences wearing their traditional costumes. 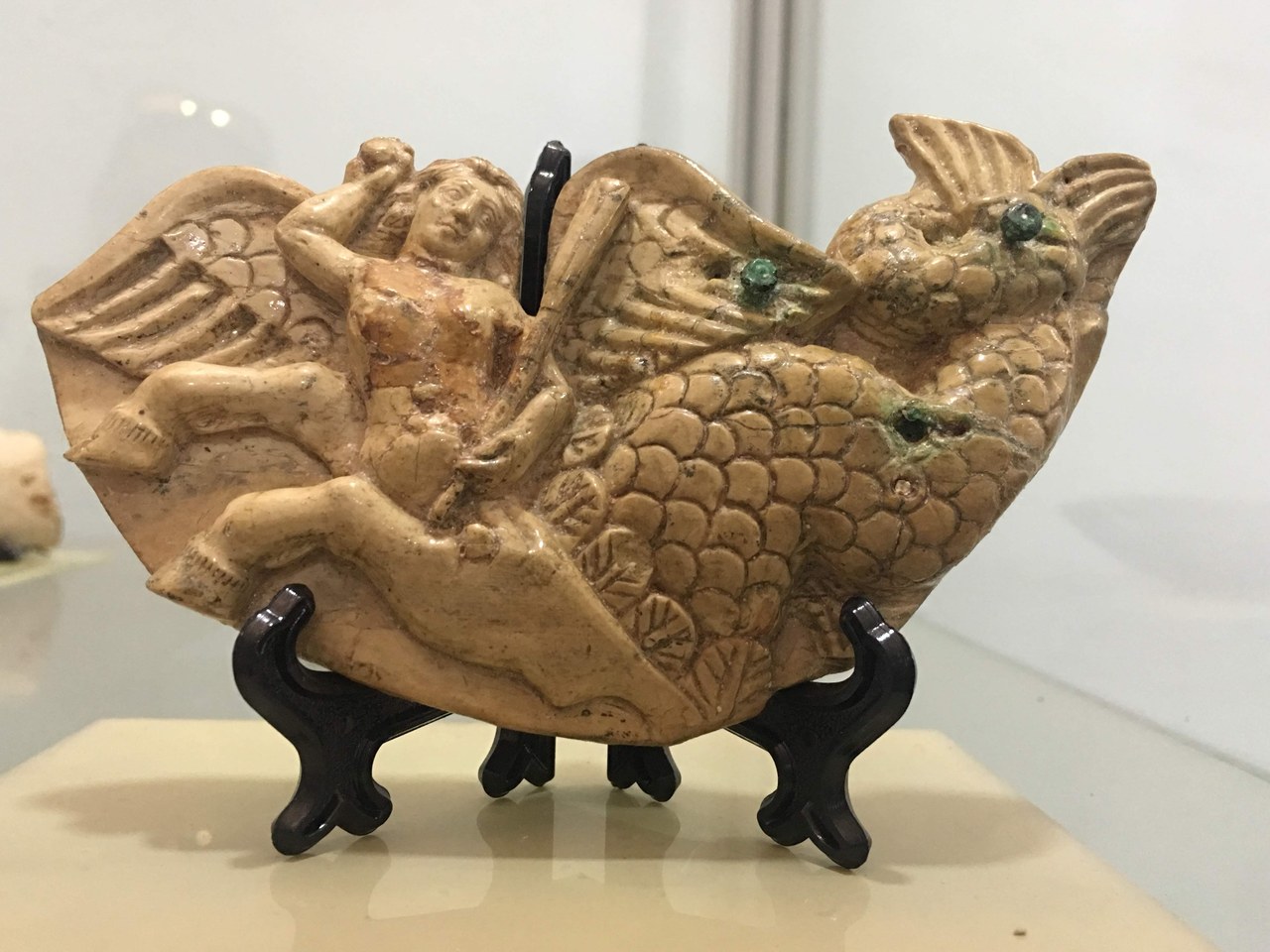 One of the jewels of the British Museum’s collection is the Oxus Treasure. This gold horde is believed to have come from The Temple of the Oxus in Takht-i Sangin, an archaeological site in southwest Tajikistan. If you want to visit the site you need a permit due to its proximity to the Afghan-Tajik border, but many of the best sculptures, ivories, and ceramics found here are on display in the National Museum of Tajikistan in Dushanbe. 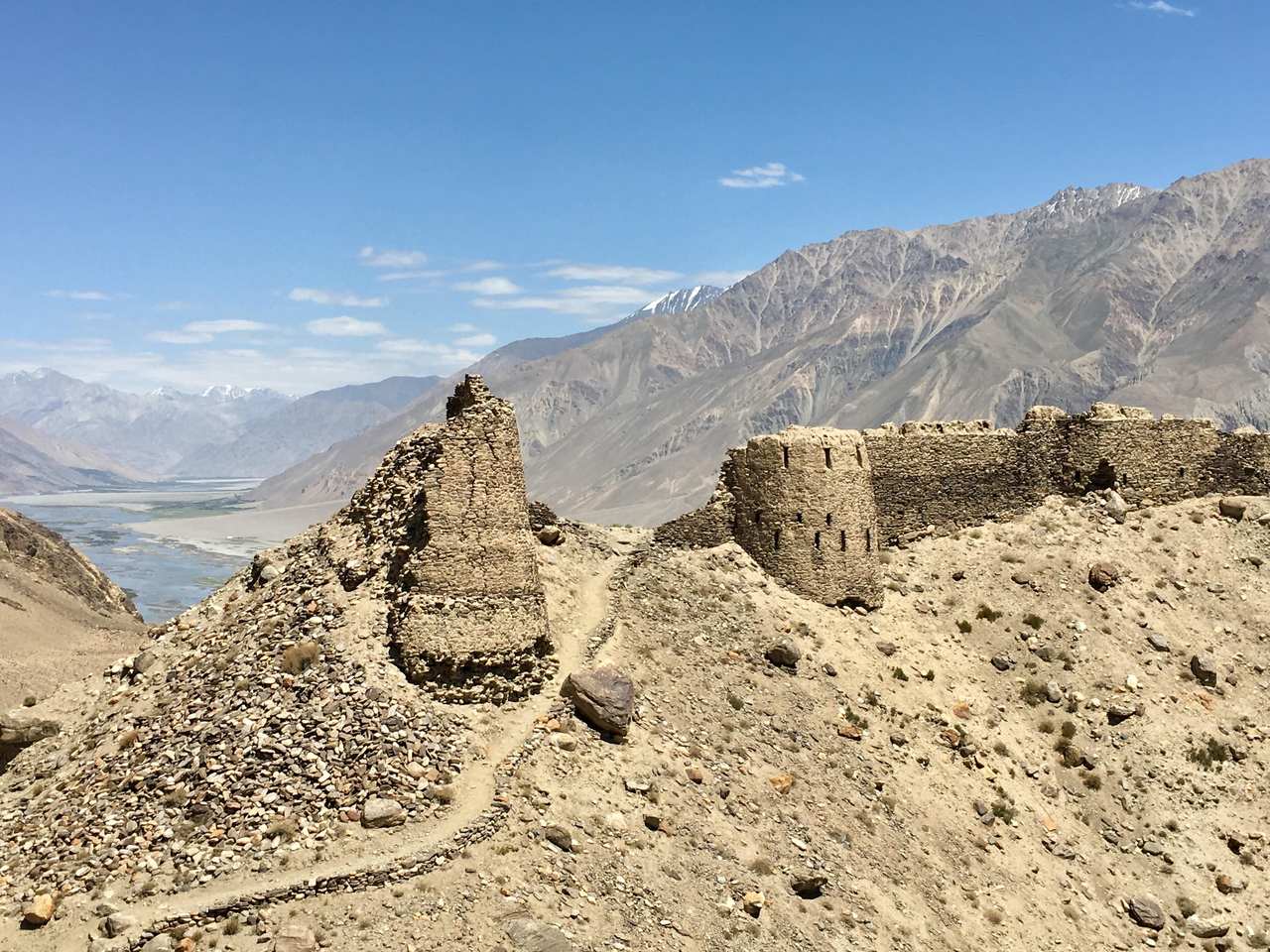 The Yamchun Fortress stands proudly above the river on the northern side of the Wakhan Corridor, the narrow valley between the Pamir and the Hindu Kush mountain ranges. Yamchun was already centuries old when Marco Polo rode this way on his travels to the court of Kublai Khan, and it is hard to imagine a more dramatic location. Though much of the fortress has weathered or collapsed over time, it is due to be restored with funding from the World Bank, ensuring its survival for many more years to come.

The best way to experience local hospitality is to stay with a family in their home. Whilst most of Tajikistan’s population lives in apartments and houses, some members of the ethnic Kyrgyz community still live in traditional yurts in the summer months. You can join them for a night or two in one of the valleys on the Murghab Plateau, learning about their nomadic lifestyle, helping care for the animals, and eating fresh milk and yoghurt from the family’s herd.

This part of Tajikistan has some of the world’s darkest night skies, making a yurt stay an ideal component of an astro-tourism trip.

Fly: Uzbekistan Airways flies from London Heathrow to Dushanbe via Tashkent.
Visa: British passport holders are eligible for an e-visa which costs $20 and is valid for 60 days.

Read: For more information about visiting Tajikistan, order the Bradt Guide to Tajikistan