When lockdown is over and you are ready to travel again, consider Azerbaijan for its amazing culture, landscapes and vibrancy.

With Instagram-worthy memories and moments, an extraordinary range of destinations and a gastronomic adventure, Azerbaijan promises a warm welcome and unforgettable experiences.

You will find it on the crossroads of Europe and Asia and offers historic settings to modern architectural monuments and medieval UNESCO World Heritage sites.

Azerbaijan has 9 out of the 11 distinct climatic zones and therefore an incredible display of landscapes from lush mountains to beaches, forests, and everything in between.

Here are our top sites to visit and activities to engage in whilst in Azerbaijan:

Soak in the history of the city at Icherisheher in Baku 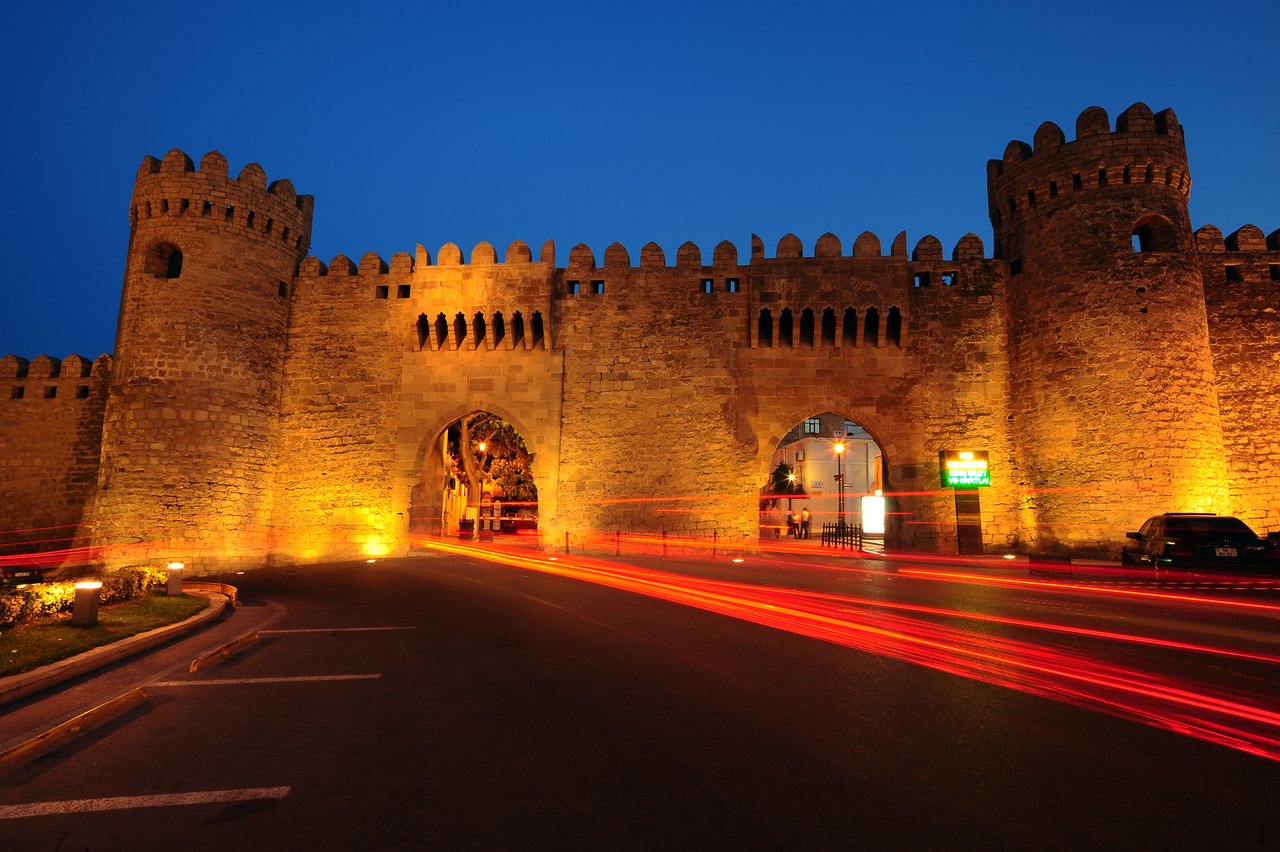 The walls of Icherisheher whisper the ancient mysteries of the city. Known as the old town or inner city, it is located in the heart of Baku and is a maze of narrow roads spotted with limestone buildings. A sight that’s difficult to miss is the Shirvanshahs’ Palace and Maiden Tower, both listed in UNESCO’s World Heritage Sites list. The Palace is known as a pearl of Azerbaijani architecture as it is made up of several different structures built throughout the ages with each adding a beautiful amalgamation of medieval, Asian and Islamic influences. 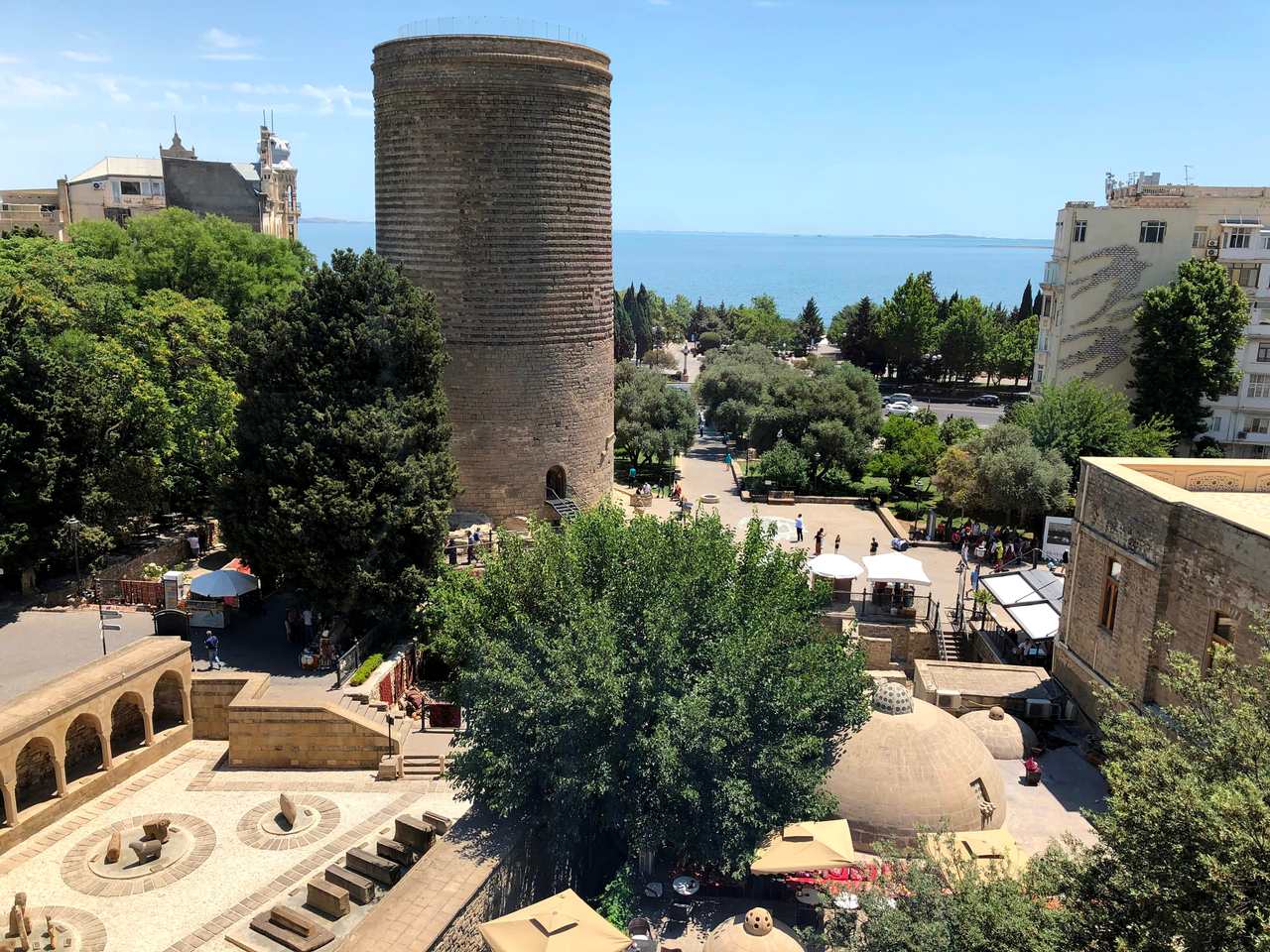 Another mystery is the Maiden Tower. This cylindrical stark tower has baffled historians with theories aplenty about its origins and the exact date of construction, though marked around it are beautiful scriptures that hint at its possible roots.

Despite that, it is one of the most iconic structures in the city housing a museum covering the history of Baku. It is also home to the International Festival of Arts and regularly showcases work from innovative artists against its mystic backdrop.

This Zoroastrian-Hindu temple in Surakhani dates to the 19th century and is a melting pot of Western and Eastern cultures. The mystic temple is sure to leave you and the kids in awe.

Another location symbolising the country’s many ties to fire is Yanardag or the “The Burning Mountain”, a hill of fire that has been blazing with a 10-metre wall of flames for centuries.

Indulge in some fine wine

With the foothills and valleys of the Caucasus country being ideal for growing grapevines, this region has produced some of the finest wines over its celebrated 6000-year-old wine history. Thanks to Azerbaijan’s geographical location, winemaking has always been a distinguished part of its culture. In fact, wine was here even before Azerbaijan was! The practice predates the modern borders that divide up the Caucasus region.

Azerbaijan’s wineries make extensive use of well-known grape varieties including Merlot, Pinot Noir and Cabernet Sauvignon, Chardonnay, Viognier, and Pinot Blanc. But there are also several important Pan-Caucasian and local varietals. As well as the classics, Azerbaijan also has a fast-growing demand for other non-grape wines, most notably full-flavoured pomegranate-based wines which are a current favourite amongst Baku’s younger social circles.

Check out the primitive petroglyphs of Gobustan 60 km from Baku

Rising out of the semi-desert Gobustan is a UNESCO World Heritage site of more than 6,000 rock engravings. You can also see graffiti by a Roman legionary – the furthest east it has ever been found. The Petroglyphs of Gobustan are artistic chronicles of the past which bear great importance both for studying both the pre-history of humanity and primitive art. Gobustan’s monuments span across a period of approximately 20,000 years beginning from the end of Upper Palaeolithic till the beginning of our era. Besides that, did you know that about 350 out of the 800 mud volcanoes known in the world are located in Azerbaijan?

Admire the fascinating craftsmanship of the Sheki Khans’ Palace 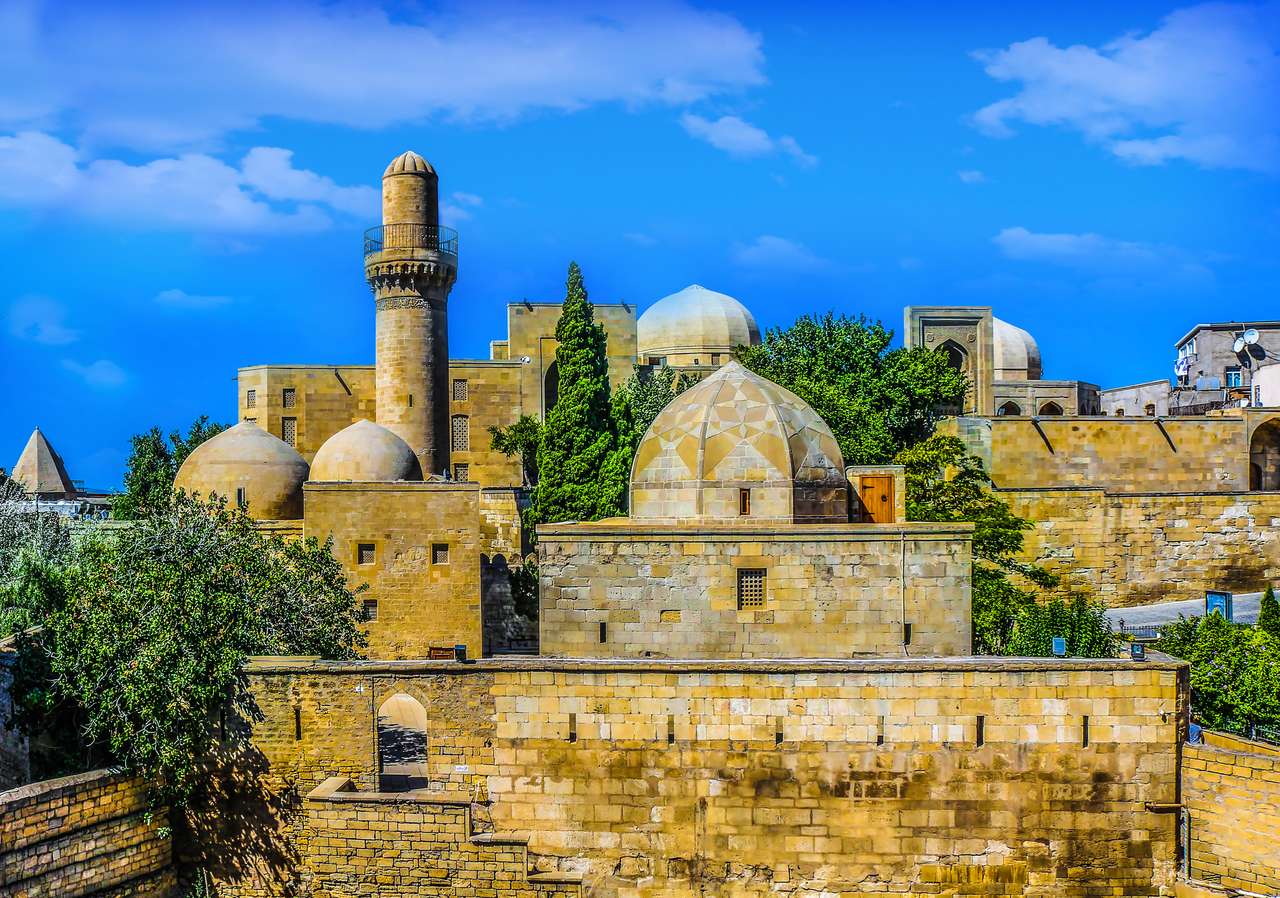 The historic centre of Sheki and Sheki Khan’s Palace are Azerbaijan’s most recently inscribed UNESCO World Heritage Site, added in July 2019. Located 5 hours from Baku at the foot of the Greater Caucasus Mountains, the historic town of Sheki has ancient origins as part of Caucasian Albania, dating from the 6th century BCE.

The charming city is one of Azerbaijan’s most picturesque places, filled with cobbled streets and medieval architecture. By the 19th century, Sheki, on the Silk Road path through northwest Azerbaijan, was an international centre for silk production and various crafts.

As a city known for its craftsmanship, a prime example of the creativity is the Sheki Khans’ Palace, a unique architectural monument of the Sheki Khanate. Built by Huseyn Khan in 1762, the lavish tiles, fountains, and stained glass of the palace are a visual feast. The facade is covered with shebeke, a unique mosaic of coloured glass set in a wooden latticework assembled entirely without nails or glue.

Indulge in iconic work at the Heydar Aliyev Centre, Baku 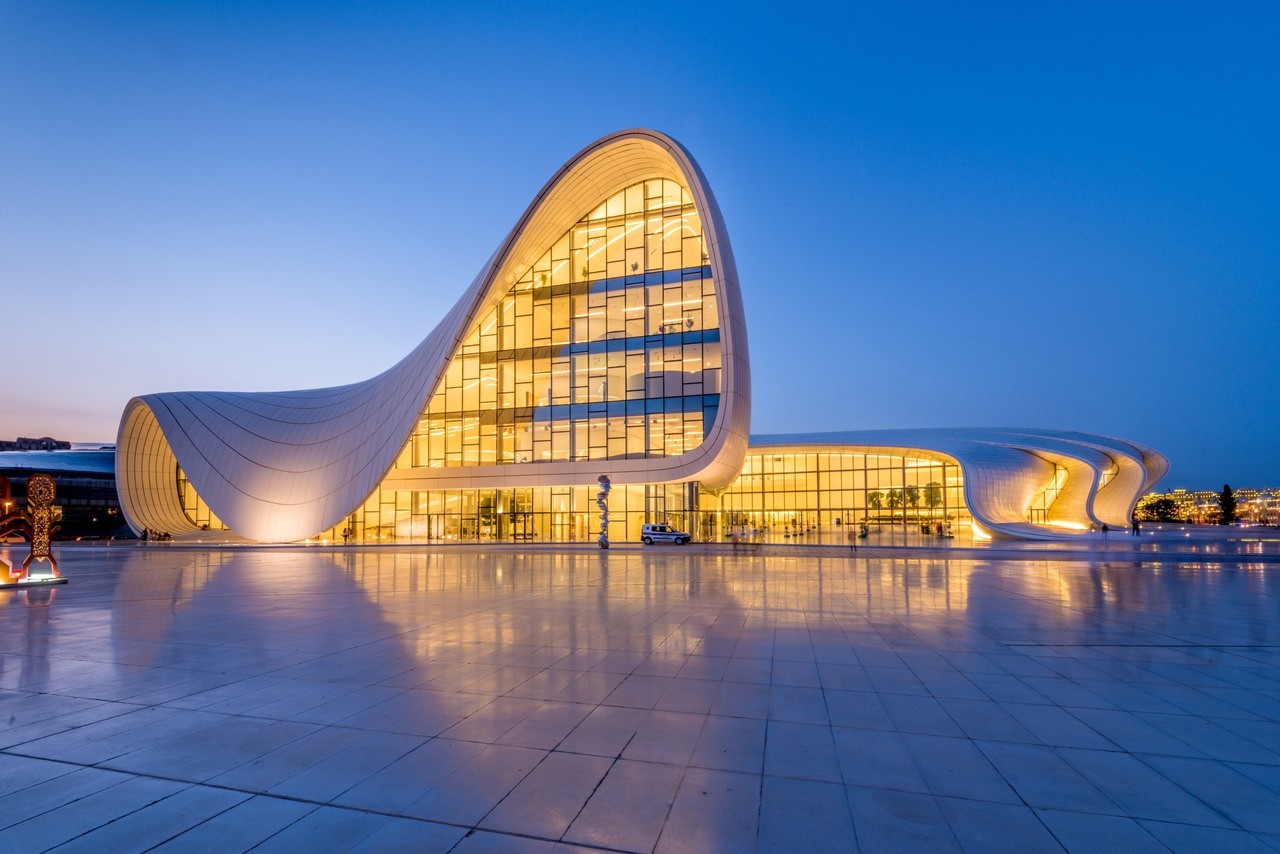 Designed by illustrious architect Zaha Hadid, the Heydar Aliyev Centre has become an iconic landmark of innovation in Baku and beyond. Since its opening, it has proved to be one of the most popular sites in the Azerbaijani capital and a must-visit destination for contemporary art lovers from all over the world.

Besides the building’s magnificent architecture, it houses some of the best art curations in the city, as well as museums and a plethora of free masterclasses, from tango to chess to capoeira, reaffirming that the Heydar Aliyev Centre is the place to be.

From traditional antiquities and rock paintings of Gobustan to the rich tapestries of the Silk Road era, the museum hosts age-old wonders that are diverse and beguiling. As you go higher in the building you find yourself walking through the history and transition of the nation.

Easyjet flies again: 1 million seats to top spots across Europe are on sale today from £29.99