It’s quaint, compact with just enough compelling sights to squeeze into 24 hours. Yet Lubeck tends to be overlooked as a weekend jaunt. The old town is enveloped by the river Trave and connected to the mainland by bridges. At just 82 square miles, it’s smallish, yet it is a major port that gives over to the Baltic Sea. Everywhere you venture there are Gothic and tall ex mercantile buildings and evidence of a long history spanning the best part of a millennium.

For centuries Lubeck was autonomous. It had a leading role as one of the founders of the Hanseatic League and was dubbed “Queen of the Hanse”. World War II saw it flattened during an RAF raid but its medieval glory was so well restored that Unesco gave it World Heritage Site recognition.

And best of all – and not a lot of people know this – Lubeck is the marzipan capital of Germany. Generations of the Niederegger family have been producing this almond based confection and you can enjoy it at its source.

So just how best to enjoy this intriguing city?

Any tour (walking of course) should start by a peep at the skyline. It is punctuated with a crown formation of seven spires that belong to red brick churches. Nipping to the top of the Petrikirche (St Peter’s) church means enjoying a lovely eyefull of the town, its red-brick churches whose spires prick the sky, and over the Baltic. You can get your orientation too. The cathedral (der Dom) in the distance marks the edge of the old town.

The arch of Holstentor is the only remaining gate of the city. It’s worth taking a moment to note three things things about this veritable landmark: Firstly, it has a pair of bloated towers that appear to lean slightly inwards holding up a three-tiered gable. This is an image captured by Andy Warhol and you can see the original inside its museum.

Secondly, note the Latin inscription “concordia domi foris pax” which means “harmony at home and peace abroad”. This is the philosophy that explains why the city would not give Hitler permission to campaign there in 1932. In 1937 he punished the city by ending their autonomy.

And thirdly. in the museum is an unsettling plaque which states – ironically – that this gate was restored by the Nazis before the last war.

Must try to spot

Amid the cobbled streets and gabled medieval homes, there are tiny entrances and easy-to-miss narrow alleys. These lead to incredible hidden squares surrounded by pretty homes. They look just about big enough for hobbits to live in, yet they are prime real estate.

Writer Thomas Mann hails from here – his novel Buddenbrooks was set in 19th-century Lubeck. You can still see his home right next door the 13th century Gothic Marienkirche (aka St Mary’s Church). The latter has the tallest spire in the city and a museum. It is a major symbol of power of the old Hanseatic city on the highest point of Lubeck. If you walk around it you will come across a small statue of a devil.

The story goes that when they were building the church, the devil stopped by and asked the purpose of the structure. Builders told him it was to be a pub. The devil thought he may have easy pickings for capturing souls but soon realised he was duped.

The 13th century Hospital of the Holy Spirit in the town centre and its opulent town hall (das Rathaus) is a little piece of eye candy worth having. 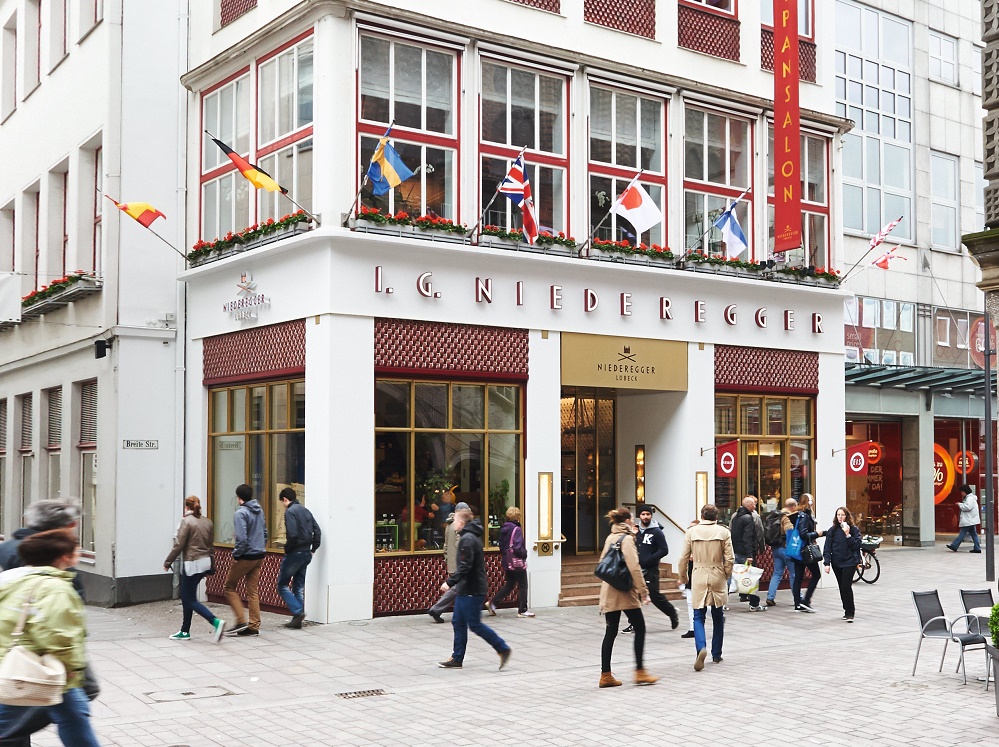 The most famous place to lunch is at Cafe Niederegger. Try their marzipan cappucino and marzipan cakes and sweets. 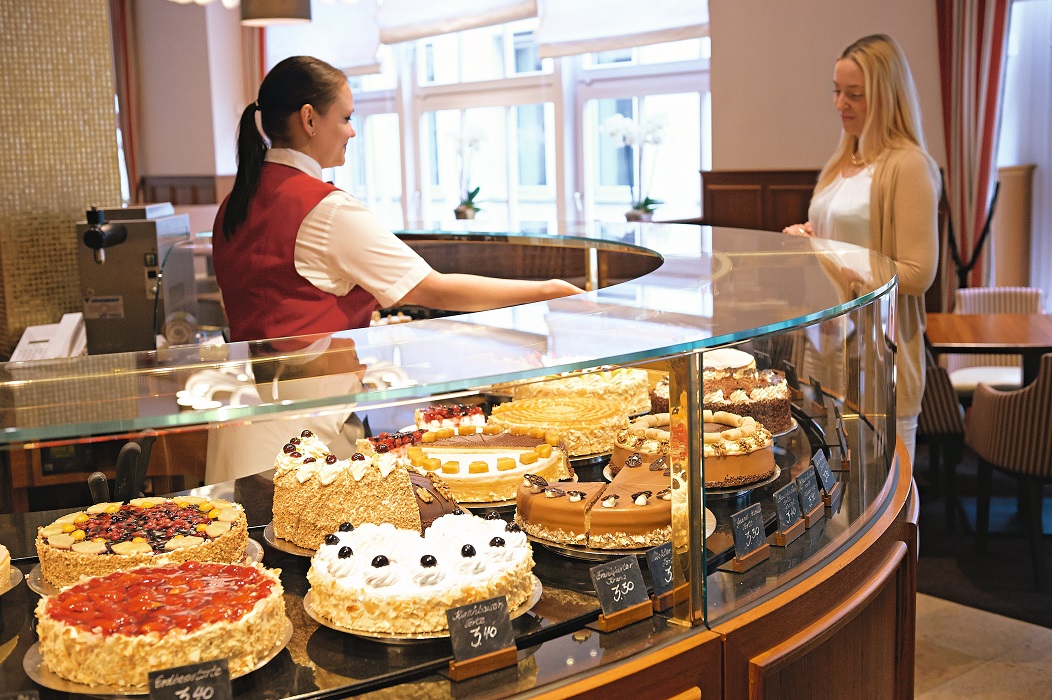 Hidden under the arches in the former cellar of the town hall is the Ratskeller zu Luebeck, a lovely vaulted restaurant.  Dishes include potatoe salmon gratin with a sauerkraut crust and a typically Lubecker dish of hot smoked rib roast in a red wine sauce, prunes and a potatoe-carrot and swede on the side. There is also Grönkohl, a regional dish made from kale.

Thomas Mann mentions the Ratskeller in his book ‘The Budenbrooks’ and in his honour one of the booths is named after him and contains pictures of the writer and his school report.

It would be plain wrong to leave Lubeck without some marzipan. Buy some at the huge shop at the Cafe Niederegger complex. The shop dazzles with brightly wrapped sweets and figurines.