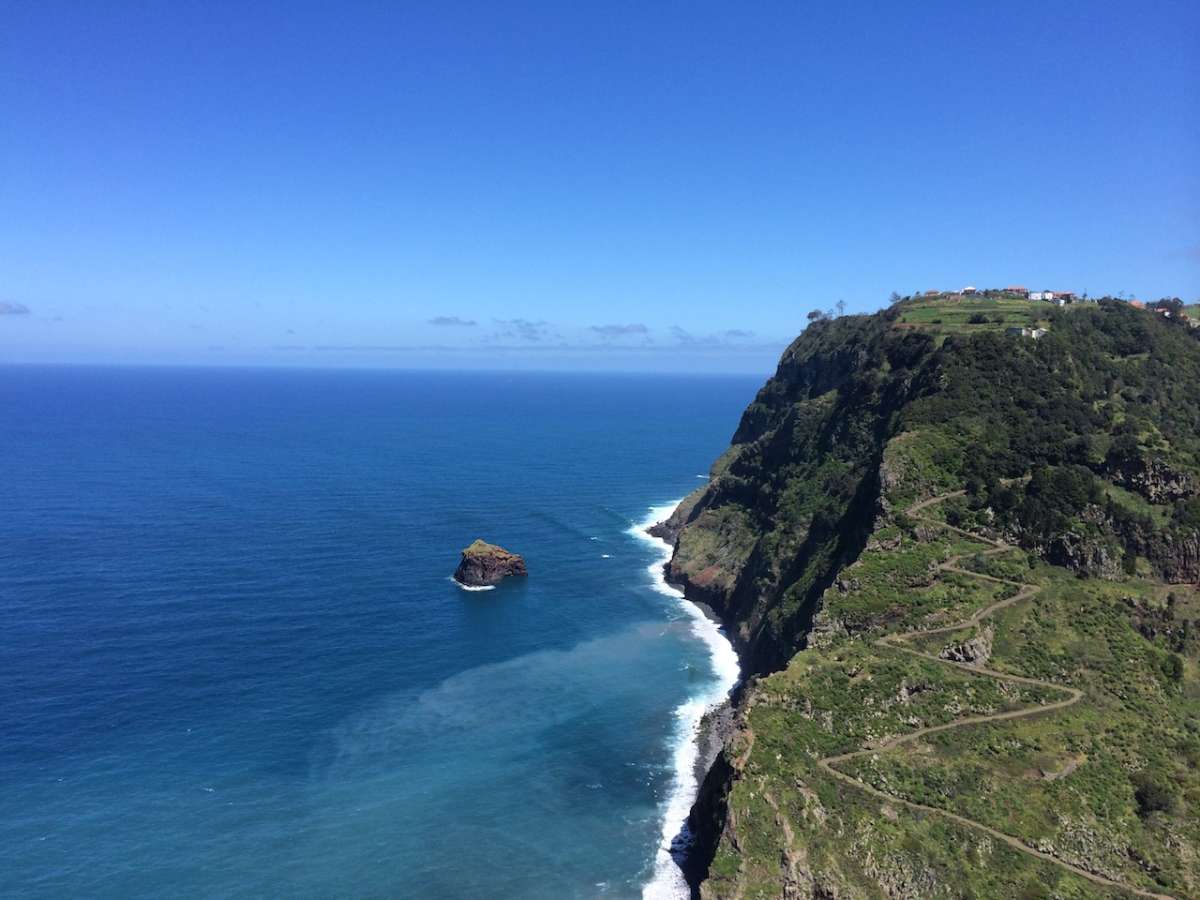 There is a large relief map of Madeira when you arrive at Funchal Airport. You will see Funchal on the map and then pinpoint other places you have read about. What the map doesn’t tell you is just how varied the island is and how much the island has to offer.

Madeira’s coastline is made up of cliffs, giving spectacular, uninterrupted views over the Atlantic.

However, this means there are no good quality beaches, and the only sandy stretch of beach is at Porto Santo, a small island about 50kms from Madeira. While Madeira may not be a beach holiday destination, the island has lots to offer.

Here is our pick of 10 things to see and do in Madeira:

1Spend a day in Funchal

Madeira’s capital is compact enough to see in a day. It has amazing architecture, a colourful market in the old town where locals buy fresh fruit and fish, thrill-seeking activities such as the toboggan ride, and some great restaurants. A highlight is the interesting street art in Rua de Santa Maria. The doors along this street have been given to local artists to paint and some display sculptures too.

2Rent a car and explore the island

Although Madeira is only 800km2, it has varied scenery and places of interest dotted around the island (see below). The northern coast is particularly spectacular. Imagine driving along the rugged coastline, with cliffs on your left and crystal clear sea on your right. You can’t help but stop to take a photo of colourful roadside flowers or an entire hillside covered in banana trees.

3Hike along the Levada

Levadas are irrigation channels typical to Madeira. They still bring water from the mountains, meandering through lush mountain vegetation. Ramblers can follow their curves for hours. The scenery is beautiful, and Madeira’s Laurisilva forest – the world’s largest laurel forest, is a UNESCO World Natural Heritage site. Make your way to the mountain top for a wonderful eyeful of views of the coast.

4Have a baptism dive in Madeira Aquarium

With spectacular cliffs and lush valleys on one side and the Atlantic Ocean on the other, Madeira is an ideal paragliding location. There’s several great take-off and landing sites, especially around Madalena do Mar area in the South, and several experienced paragliding companies, such as Aeroclub of Madeira or Madeira Adventures.

8Go canyoning for an adrenaline boost

Situated just outside of Madeira’s capital, the Parque Ecologico do Funchal offers a natural setting for a canyoning trip, abseiling 15-metre cliffs or jumping from waterfalls into natural pools and swimming in forest rivers.

Fado is a style of melancholic music that has its roots in 19th Century Portugal. The singer is usually accompanied by a couple of guitarists who strum out those doleful notes.

Head over to family-owned Sabor a Fado in Funchal, a small restaurant with just six tables serving typically Madeiran cuisine. The joy of this place is that the whole family will take turns in singing fado for the diners.

There is a similar experience at Snack Bar Vila in Calheta.

10Look down from Cabo Girão Skywalk