As the year comes to a close, I stopped to reflect on Sharron’s (our Managing Editor) and my travels in 2016. With me in Nice (South of France) and Sharron in London, we covered thousands of miles and three continents. Zoom in on the map:

Some of Sharron’s adventures took her to:

In 2017, I am planning a trip to Amsterdam, London (for the Business Travel Show), Berlin (for the ITB) and Saint-Malo (for the Salon des Blogueurs de Voyage), while Sharron is travelling to Eilat, Japan, Lille and speaking at the World Tourism Forum in Istanbul. You can follow our whereabouts on the little map on the homepage, which we will continue updating as new destinations are announced. 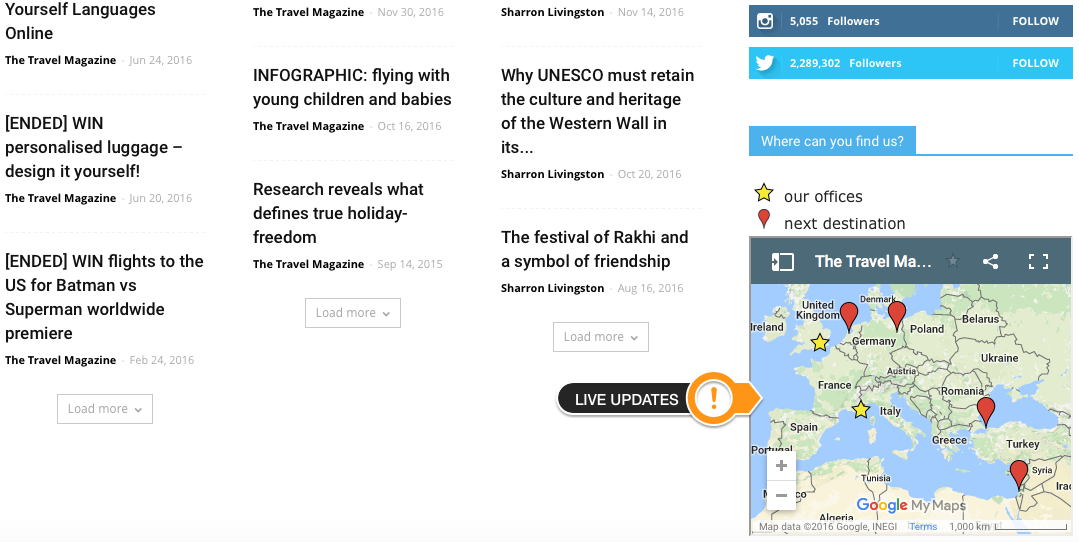 Want to meet up? Get in touch

Martino joined The Travel Magazine in 2006 to help with its expansion online. He is also the Founder of WhichBudget Flight Search, where he gained online publishing and marketing expertise. Originally from Croatia and educated in the UK, Martino now lives in the South of France, where he enjoys the mild climate and the French joie de vivre.

The countries British holidaymakers can visit without a...