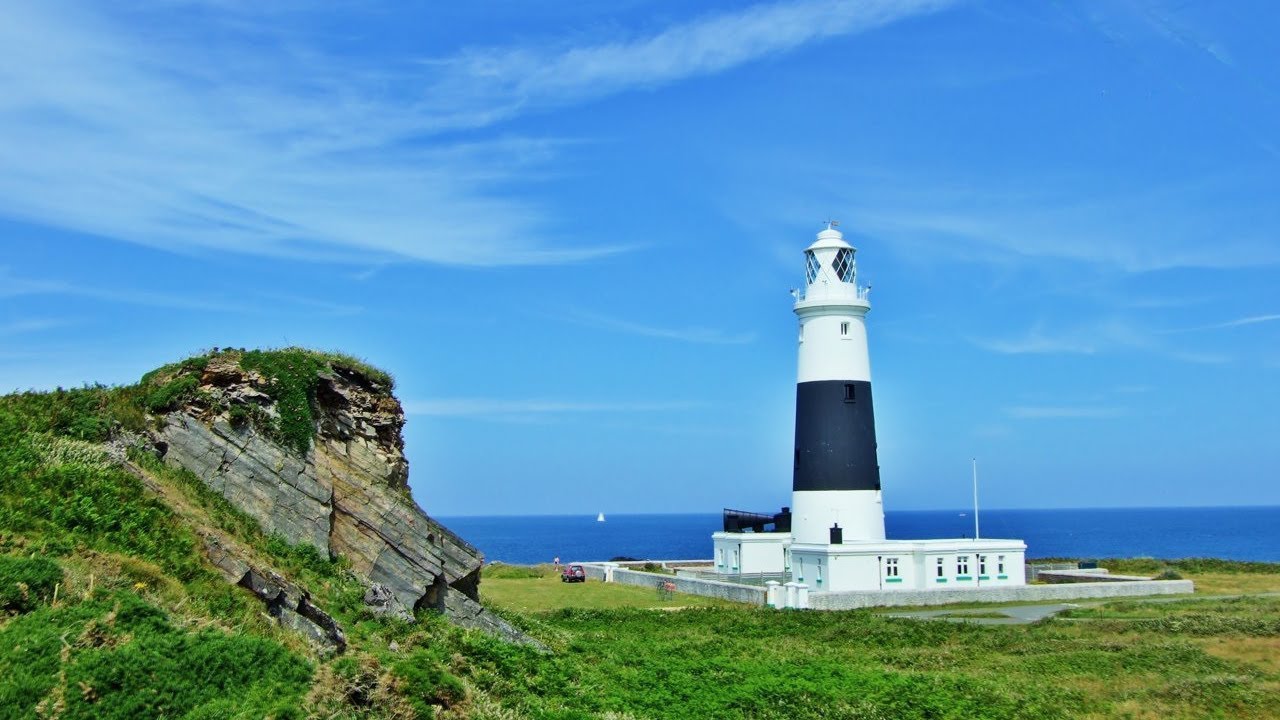 Alderney, with its sheer cliffs, long windy stretches of sandy beaches and dunes, wildlife and its tiny, yet warm and friendly population make the island a very special place to spend some down time.

It’s the third largest island in the Channel islands (the others are Jersey and Guernsey) and is just 3 by 5 miles long. It has a temperate climate, moderated by the sea, and summers are usually warmer than elsewhere in the British Isles. Its long winding roads and golden beaches make it a popular holiday destination and in the summer the population grows to 2,000 people.

The main town, St Anne, historically known as La Ville (“The Town”), is often referred to as “St Anne’s” by visitors and incomers, but locals still most frequently refer to the area centred on Victoria Street simply as “Town”. The town area features an imposing church and an unevenly cobbled main street: Victoria Street (Rue Grosnez – the English name being adopted on the visit of Queen Victoria in 1854).

At Alderney Museum you can find out about the island’s rich history, from the early Romans, through to the Tudors, the Victorians and, most recently, the Germans.

Along with the other Channel Islands, Alderney was annexed by the Duchy of Normandy in 933. In 1042 William the Bastard, Duke of Normandy (later William the Conqueror, King of the English) granted Alderney to the Abbey of Mont Saint-Michel. In 1057 the bishop of Coutances took back control of the island.

After 1204, when mainland Normandy was incorporated into the kingdom of France, Alderney remained loyal to the English monarch in his dignity of Duke of Normandy.

In the 19th century, Queen Victoria decided to undertake massive fortifications and to create a strategic harbour to deter attacks from France. The harbour was never completed but the remaining breakwater is one of the island’s landmarks, and is the longest breakwater in the UK.

During the Second World War, the Germans arrived on Alderney and began to fortify it as part of Hitler’s Atlantic Wall. They surrendered Alderney on 16 May 1945, eight days after the Allies formally accepted the unconditional surrender of the armed forces of Nazi Germany. A series of tunnels remain in place on Alderney, constructed during the German occupation by forced labour, some of which are still used today for Bunker Parties.

The 20th century saw much change in Alderney, from the building of the airport in the late 1930s to the death of the last speakers of the island’s Auregnais language, a dialect of the Norman language. The economy has gone from depending largely on agriculture to earning money from the tourism and finance industries.

Alderney has endless options of things to do, whether you want to go for a stroll down the beach or spend your day in the pub. Whether you are into the bats, bees, birds, blond hedgehogs or marine animals like dolphins and seals, then look no further. Puffins and gannets are a favourite of many visitors to the island.

Alderney has culture too. It plays host to a couple of major events every year, from sailing competitions to art festivals, including everybody’s highlight of the summer – Alderney Week, the island’s annual summer festival, beginning the Saturday before the first Monday of August and lasting eight days.