Future Virgin Atlantic route maps show intention to serve up to 84 new destinations in the UK, Europe, and across the globe from Heathrow: 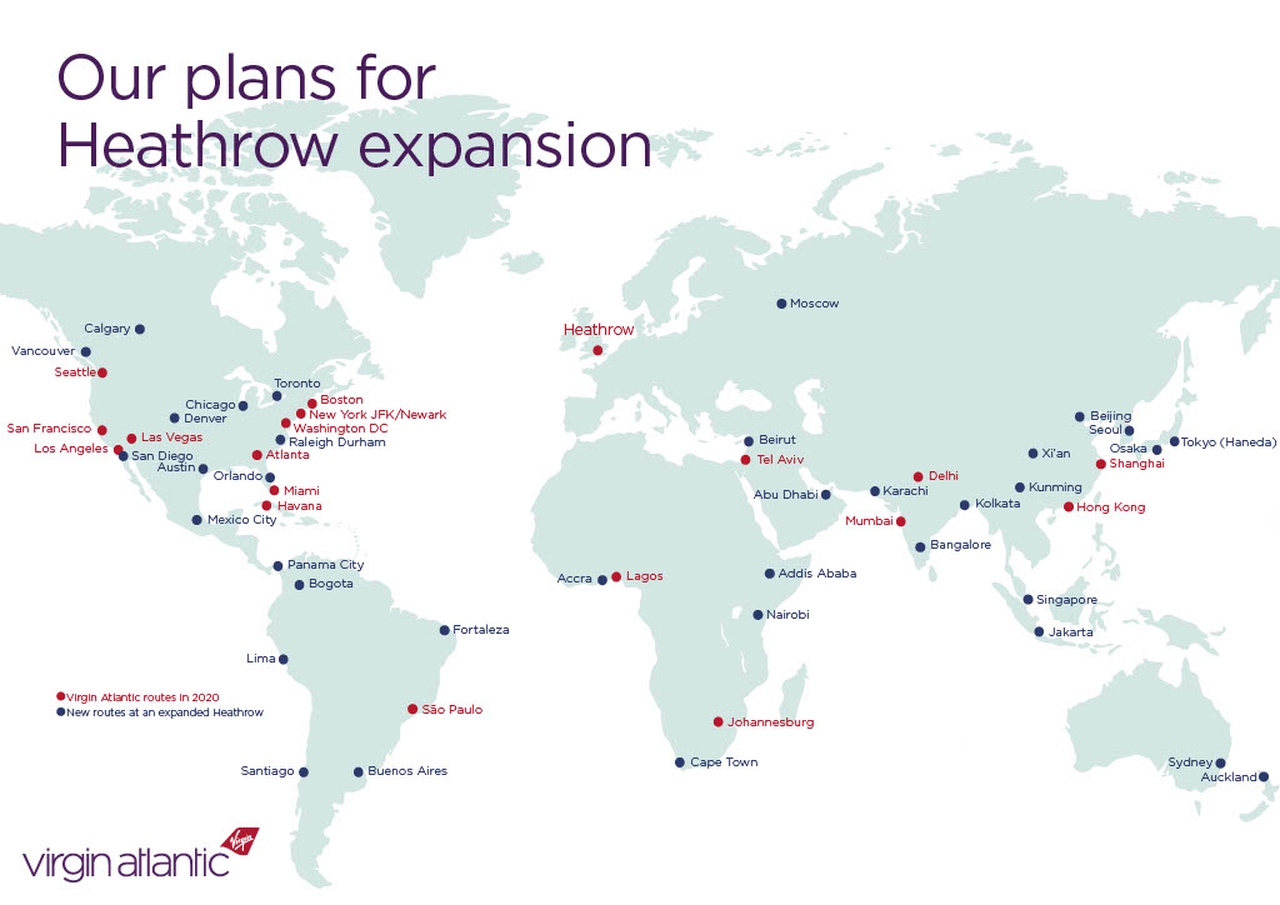 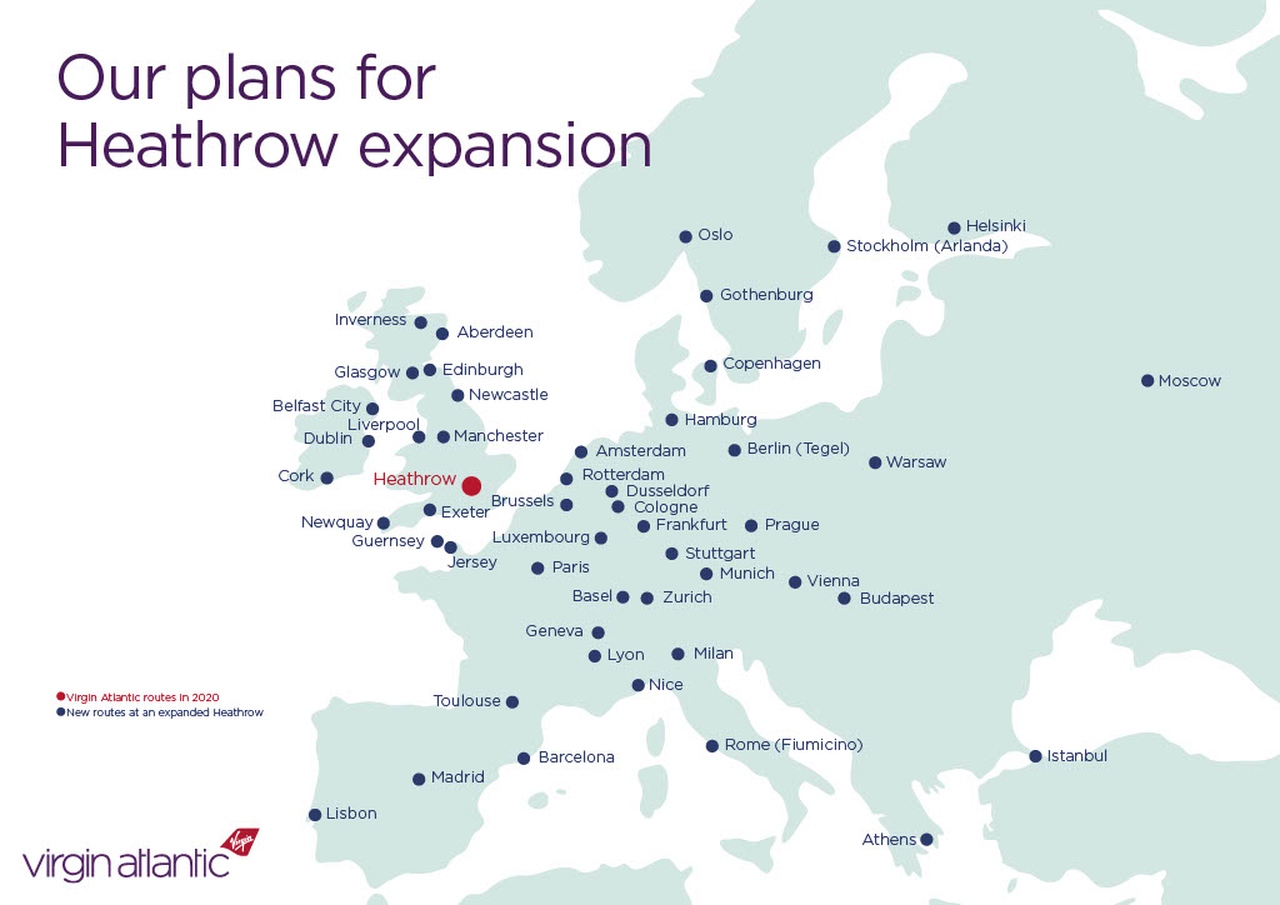 The UK-based airline said its ambitious proposals would mean more choice and lower fares for passengers. However the journey to expansion may have some hurdles. Virgin acknowledged that the turning its proposals into reality would depend on how the government chooses to allocate the hundreds of new daily slots available at the London airport after the third runway is built, possibly by 2026.

Virgin currently flies to 19 long-haul destinations from Heathrow, but wants to serve 103 airports including European and domestic routes, and become a “second flag-carrier”.

The airline said the government could put “an end to IAG’s [International Airlines Group] dominance over the UK’s only hub airport” – around 55% – by allowing a serious competitor to emerge. IAG, the parent company of BA, as well as Aer Lingus, Iberia and Vueling, controls more than half of Heathrow’s slots. No other airline holds more than 5% of the remaining take-off and landing slots.

When Heathrow is expanded, Virgin said it intends to compete on 26 routes where it claims there is an IAG monopoly.

“Never has the need for effective competition and choice at Heathrow Airport been more evident than during this summer of disruption, which has brought misery for tens thousands of travellers.

“Britain, and those who travel to it, deserve better than this. Air passengers need a choice and Virgin Atlantic is ready to deliver when Heathrow expands.

“Heathrow has been dominated by one airline group for far too long. The third runway is a once in a lifetime opportunity to change the status quo and create a second flag carrier. This would lower fares and give real choice to passengers, as well giving Britain a real opportunity to boost its trade and investment links around the world.

“Changing the way take-off and landing slots are allocated for this unique and vital increase in capacity at the nation’s hub airport will create the right conditions for competition and innovation to thrive.”

BA’s parent company IAG responded by highlighting that Virgin’s minor presence at Heathrow was down to its corporate strategy and it had previously chosen not to acquire more slots.

“The facts speak for themselves. The airline has failed to create more competition at the airport – it closed Little Red on domestic routes, pulled off long-haul routes and rents out the slots it owns to other airlines to fly.”

Virgin said it was temporarily leasing out two slots until 2021.