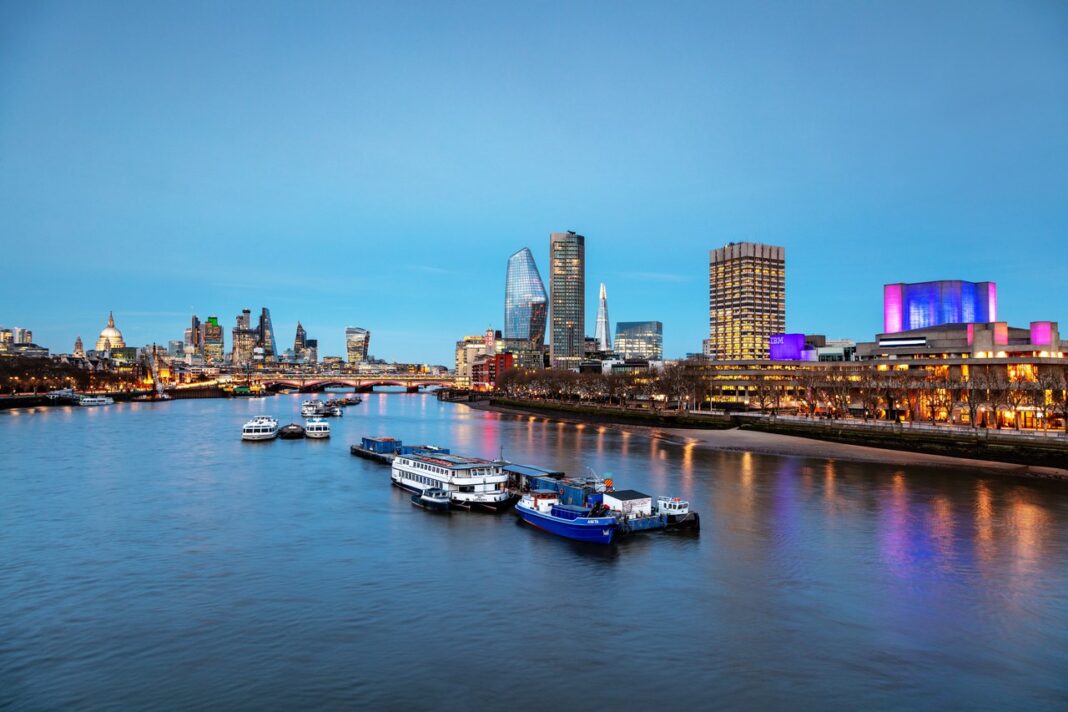 The 150 mile London Outer Orbital Path “LOOP” starts on the south bank of the Thames in Erith, and goes all the way clockwise round to Purfleet on the north bank in 24 sections.

If you feel the need to exercise your legs, the London Loop is easy to access by public transport and you can do it in sections. I’ve done a few of these over the years but, on a sunny day in August, decide to tackle the final stretch.

What I always find surprising is that you’re soon out in the countryside, among cornfields, forests and lakes, and there’s very little road walking.

I take the train from Stratford through exotic place names like Ilford and Romford before arriving at Harold Wood to start my walk. After a few suburban streets I’m in Harold Wood Park with groundsmen attending to the cricket pitch. I get my first glimpse of the River Ingrebourne, just a stream really, which will be my constant companion until it discharges into the Thames at Rainham.

I follow it into Pages Wood on a wide gravel track which I share with cyclists and families. Most are out walking their dogs or for a picnic and I’m the only hiker on the whole route. I emerge onto a main road and cross the busy London to Southend dual carriageway but am soon back at the Ingrebourne again.

It leads me into wide cornfields, with bramble bushes providing copious supplies of blackberries for a morning snack. I circle the corn before coming out onto the road which leads me to Upminster Bridge. There are pubs here but it’s too early to stop so I press on.

After leaving the station I enter Hornchurch Stadium and then rejoin the Ingrebourne. Hornchurch Country Park was once an RAF airfield providing planes for the battle of Britain but all that remains are the odd pill box and gun turret.

The wetlands by the river are now home to flocks of birds and Albyns Farm Lake, is full of ducks. I’m soon on the outskirts of Rainham and enjoy a pint at the Albion pub.

The village is mentioned in the Domesday Book and it’s pleasantly quaint with Rainham Hall, a three-story brick townhouse built in 1729 for a sea captain. It’s the most distinguished of several 18th and 19th century buildings but there’s also a huge Tesco. Eurostar trains rush through here on their way to France and I cross the high speed by the station and enter Rainham Marshes.

This is the most interesting section of the walk, although it starts rather bleakly in the overgrown reeds of the marshes. I can hear the roar of the traffic from the A13 flyover and see large industrial units popping out of the undergrowth. This was once a military exercise area scattered with firing ranges and a few stone abutments remain. After the isolation of the marshes, it’s a surprise to climb a bank and suddenly see the Thames, wide and choppy.

I follow it on an overgrown track fighting my way through brambles and up ahead are the giant silos of Tilda rice.  I skirt their jetty and come across another war graveyard, this time the decaying hulks of concrete barges. Apparently they were used to ferry supplies during D day but were then towed here and left to rot. Right by the river is a huge green mound, a gigantic landfill with trucks scurrying to dump their waste.

Just beyond is Coldharbour Point, marked with a small automatic navigation beacon installed in 1885.  For 800 years you could catch a ferry across the river to Erith but unfortunately, that’s long gone. What’s replaced it is the massive QEII Bridge, the Dartford Crossing, visible in the near distance, and a huge freighter comes up alongside me on its way to the sea.

I’m nearing my final destination and pass the RSPB visitor centre for Rainham Marshes nature reserve, and enter a housing estate.  This was once a gunpowder storage area and there’s still one surviving red brick magazine and a museum. I leave the river and arrive at Purfleet station, to catch a train back into town. It’s been six hours of pleasant walking and I’ve explored a part of London I never knew existed.

Although the trail is reasonably well signed posted, it’s best to prepare and download the maps from the TFL Walking London Loop