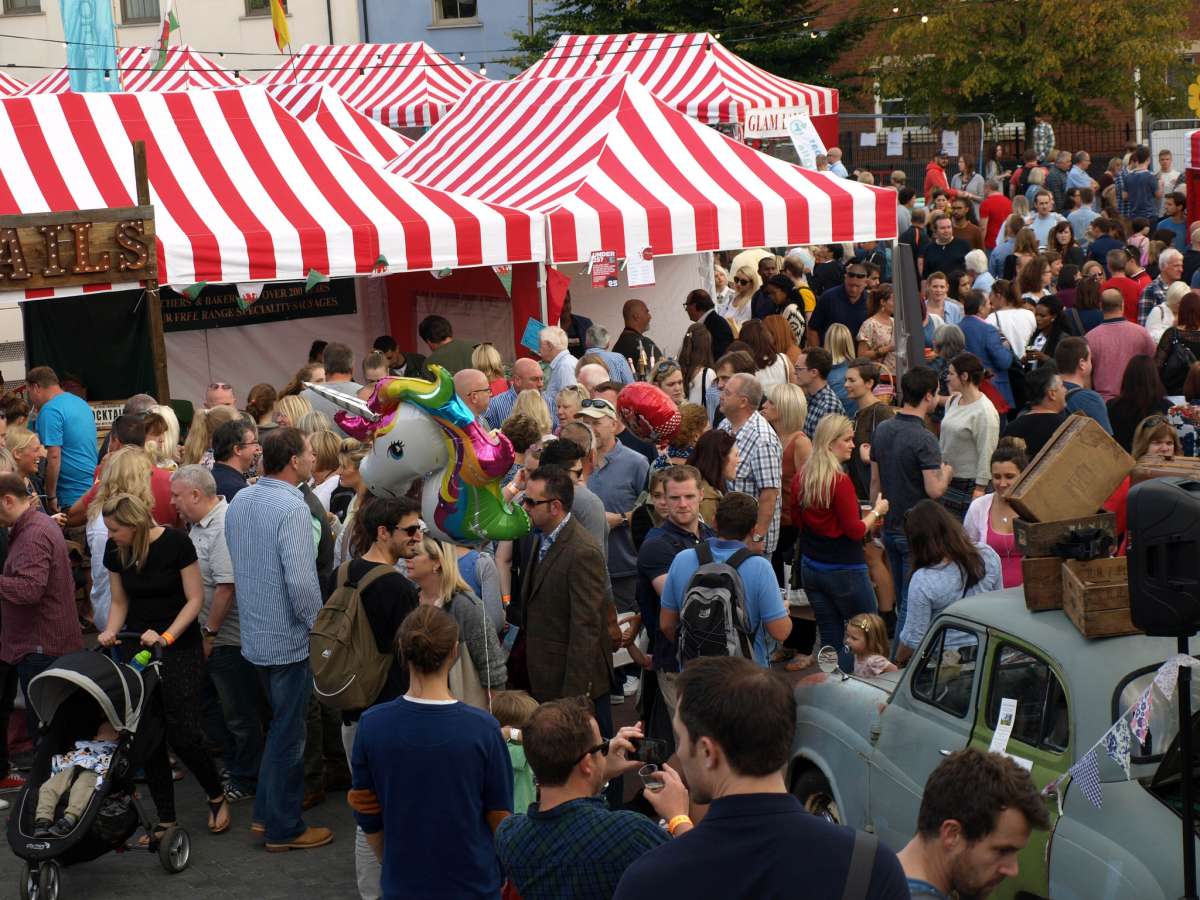 My three year old son is in the back of the car patting his tummy and licking his lips and saying “Abergavenny, Abergavenny, Abergavenny” over and over again. He can he possibly remember our previous visit to this mecca of epicurean delights? He asks when we will be having lunch. “I want gnocchi” he demands.

Twelve months ago we were Food Festival virgins – which means we didn’t realise that trying to steer a buggy full of sleepy toddler through the impossibly crowded streets of this little town on a Saturday – let alone through the quirkily-decorated market hall which was packed to the gills with fellow foodies – was a pointless task. We ended up with one of us waiting outside in the mizzle with a cranky child while the other one waited for a gap in the throng before shimmying from stall to stall, from a dazzling display of sausages to handmade chocolates, to fruit leather and to the most delicious pasta from the makers who had travelled from Italy.

We wished we’d left the buggy in the car (parked on the other side of town as almost all the town centre car parks are commandeered for the duration of the festival) and brought a sling or a baby backpack to carry our little gourmet.

The Sunday was much better. We concentrated on the slightly less crowded family-focused events taking place a short walk away in the grounds of Abergavenny Castle.

Here there was space to run around – and grassy slopes and steps to climb up and down – not to mention live music and a generally more relaxed atmosphere. We gorged at the Persian grill and danced to the bands before I slipped away on my own to catch the highlight of the weekend – an audience with four of the finest chefs in the Principality, including my secret crush, Shaun Hill, whose cooking at the nearby The Walnut Tree Inn (which was awarded a Michelin star in 2010) had left us all – including Charlie who declared that the truffle tagliatelle was ‘very yummy’ – giddy with delight. 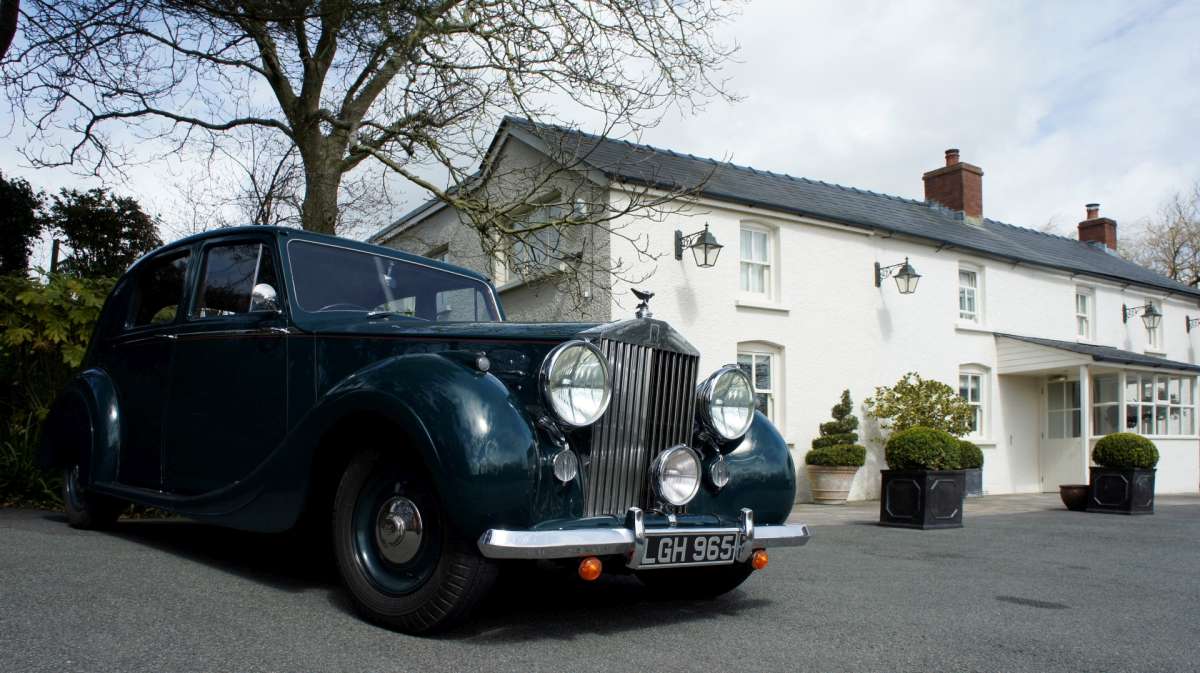 Just a few miles away from The Walnut Tree, the town of Abergavenny is home to several iconic foodie destinations including the acclaimed butcher HJ Edwards which is just a few steps away from the Angel Hotel where many of the talks and cookery demonstrations take place – and which has just won a Tea Guild award for its Afternoon Tea.

To the north of the town you’ll find the village of Crickhowell and to the south east, off the road to the wonderfully-named village of Llanvihangel Gobion, is another place well worth stopping off at – the hotel and restaurant at Llansantffraed Court owned and run by Mike Morgan who was one of the founders of the original food festival. 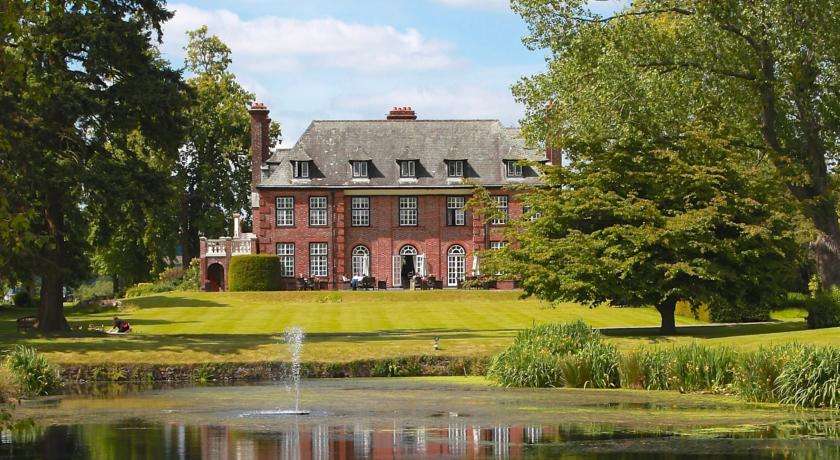 A short drive up an unpaved turnoff brings visitors to the fine 18th century building. There’s plenty of parking (the gravel underfoot can make the going challenging for anyone with mobility issues so best to drop them off at the entrance) and everywhere you look, you’ll see rolling countryside. We were blessed with a fine, sunny day and chose to have lunch in the shade on the delightful rear terrace while enjoying views down to the pond fountain and beyond to rolling hills while sharing a plate of home-cured venison (from nearby Blwch ) bresaola with soft, creamy mozzarella and a couple of hearty open sandwiches.

While Llansantffraed also has several well-appointed rooms, for our second visit to the area – this time travelling with Granny Mistryguest who needs a specially adapted room – we were staying at the Celtic Manor Resort, just outside Newport, about a 40 minute drive from Abergavenny. 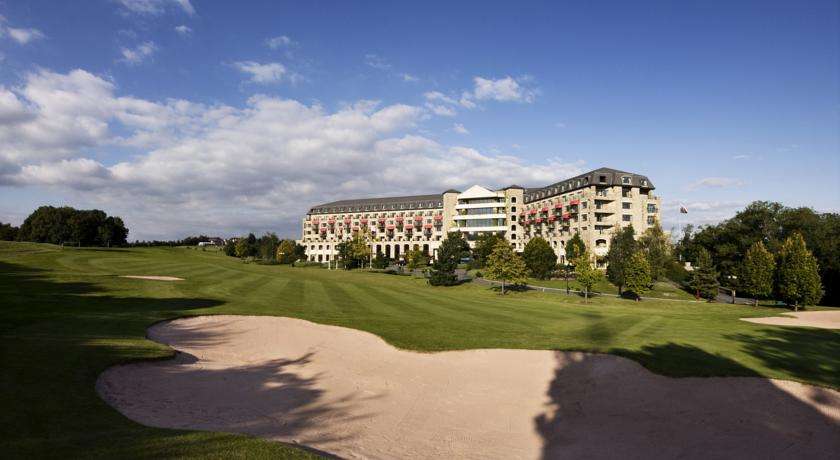 Celtic Manor – one of the supporters of this year’s food festival – is perhaps best known for hosting last year’s Ryder Cup – one of the biggest golf tournaments in the world. The resort operates on a grand scale – there are three gold courses – and joy of joys, the bar stocks Thomas Watkins. But this isn’t any old bar for the Resort has cannily joined up with Michelin-starred chef James Sommerin of the Crown at Whitebrook to open an outpost – The Crown at Celtic Manor.

Sadly for Charlie, diners under 13 are not permitted – so he enjoys the hotel babysitting service (all staff work at the hotel’s childcare facility) and we enjoy a very pleasant child free dining experience.

Cooking at the Crown is overseen by Sommerin but the kitchen is run by head chef Tim McDougall who trained with Sommerin at the original Crown. There are a few nods to molecular cuisine (a smattering of foams and a consommé with a tiny square of tarragon jelly nestling at the bottom of the shot glass) but overall the food is precise rather than prissy.

The joy of staying somewhere like Celtic Manor when wrangling three generations is that there is something for everyone under one roof. While too young for the fine dining (or to venture out on the famous 2010 course), Charlie did have a shot at adventure golf and if the tennis courts had been open he’d have quite liked a go at that too. He was more than happy with the swimming pool which helpfully had lots of gear for kids – floats, armbands and for tiny ones, ‘floatie cushions’ that allow a child to float in an upright position – under parental supervision of course.

There are clearly designated swim times for children in the main pool – and they suited us – but if he’d been even keener we would have been able to use the smaller pool at Dylans – a health club a short walk or golf buggy ride away.

Granny was thrilled to find a sun-drenched terrace where she could read and which was also within a short wheel of the Olive Tree – the main restaurant where, the following evening, we settled for a light snack having sampled the lunch menu at the Newbridge on Usk, the newly refurbished gastro-pub which joined the Celtic Manor stable a few months ago. 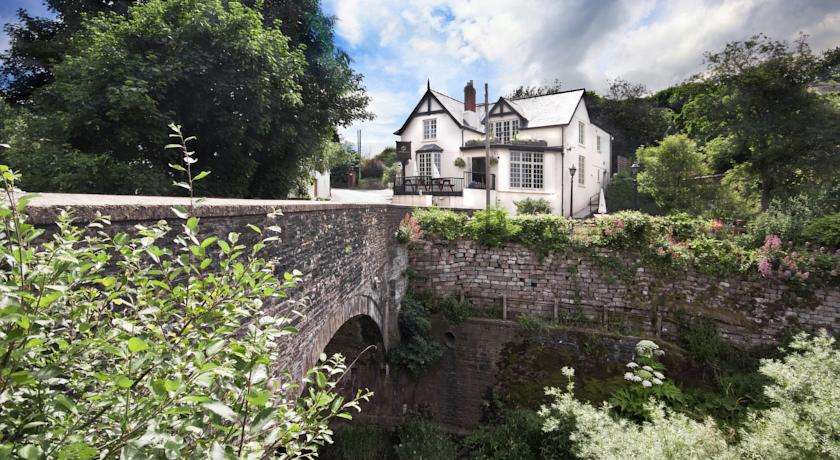 There’s a very relaxed atmosphere at this restaurant with (very nice) rooms, including some at ground level, which will be launching its new menu at the Food Festival. Chef includes as much local produce as possible (my pouting was landed caught in Swansea Bay) and almost every table commands a decent view. Ours watched over a bend in the Usk which is a prime to watch for leaping salmon apparently. Not surprisingly the Newbridge offers special fishing breaks and the kitchen will even cook your catch to your specification if you bring it back during the catch and keep season.

There’s so much to see in this part of south Wales that a visit in any season (there is also a Christmas Food Festival in Abergavenny run by the same organisers in December) will satisfy every taste.

Top tip: Book early for talks/demos at the festival as they sell out early. Take a reusable bag to carry purchases from the food festival.

Super-lounge with spa at Gatwick