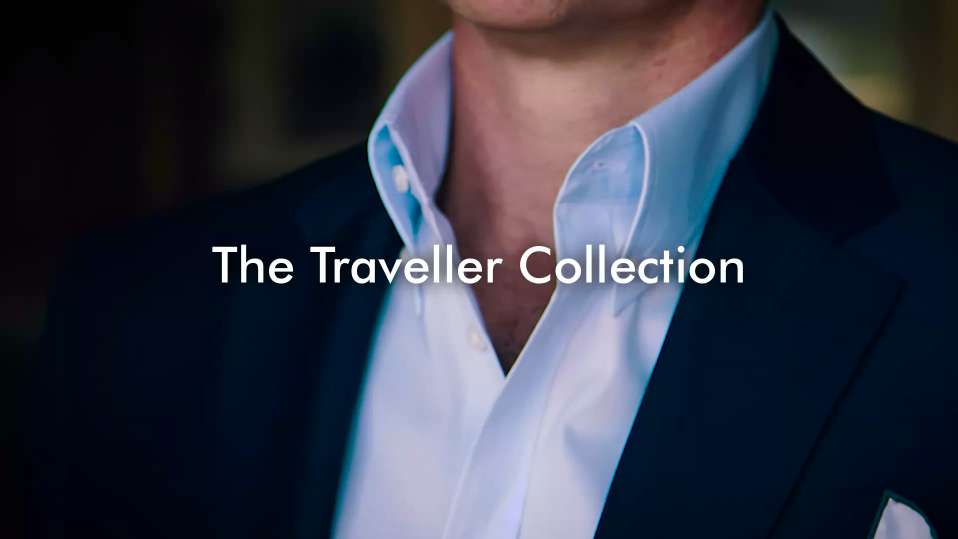 Disclaimer: sponsored by The 7th Chamber

Most travellers, especially business travellers or those who holiday several times a year, will relish the idea of being able to pack and unpack clothes that are stylish and, importantly, remain crease-free.

Thomas Pink have come up with a new traveller range for men and have gone the extra mile in proving that theirs is the ideal non-iron shirt to pack.

The company, part of the Moët Hennessy Louis Vuitton group, have also created two non-crease reversible jackets and a reversible raincoat. Each item has a formal side and a casual nylon side and come packable into a zip fabric bag.

“Our customers are frequent travellers and although time poor, they put a lot of emphasis on looking immaculately turned out – which is why we created a range of pieces that deliver on style and functionality in equal measures. The beautifully tailored non-crease wool/mohair suit, crafted out of the finest Loro Piana fabric, is the ultimate travel companion and a design hero this season. It’s perfectly paired with our innovative easy-iron Traveller shirts for an ensemble that’s as crisp on landing as it was on take-off.”

This isn’t the first time the company has used active celebrities to test out their traveller range. Blue by Ed Smith was a film featuring the journalist and broadcaster, former England cricketer and Cambridge Blue. This was followed by Made To Order by David Downton – a film featuring the fashion artist. Most recently, Thomas Pink launched a Rugby Edit in collaboration with former world cup rugby legend Ben Kay.

[ENDED] WIN a luxury 7-day villa break in Alanya, Turkey, including flights from the UK