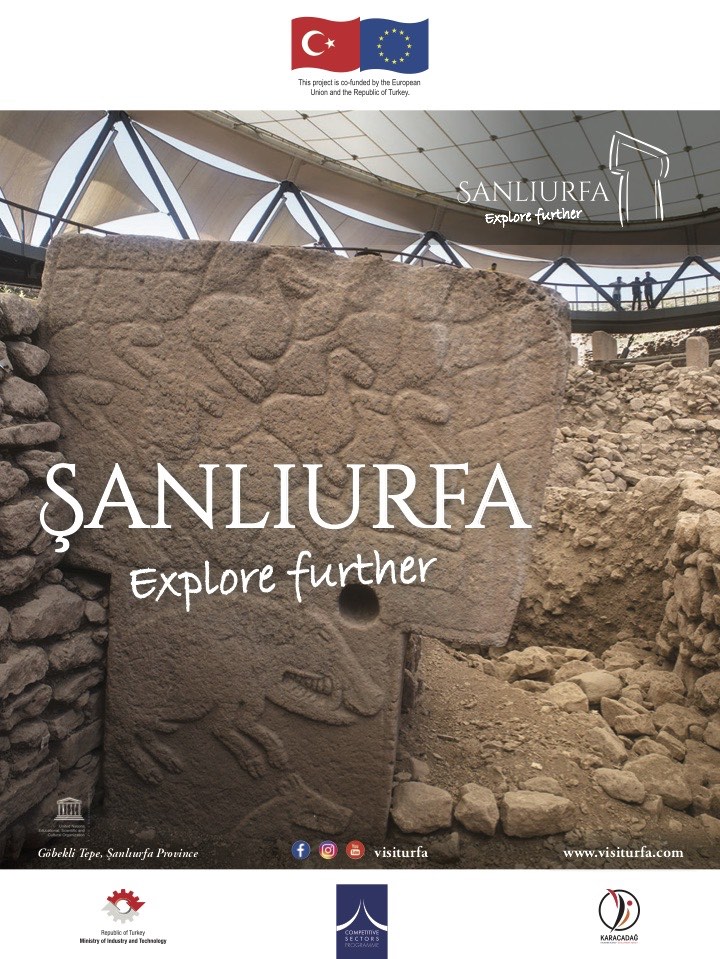 Şanlıurfa, in Upper Mesopotamia, is one of the oldest centres of the civilisation offers you a magnificent experience: the Museum, the biggest museum complex of Turkey, the Mosaic Museum, the Castle, the City Museum, the UNESCO site of Göbeklitepe, Halfeti, Birecik, Harran and the Tek Tek Nat. Park, all make you feel the history to your marrow.

Şanlıurfa is the centre for many faiths: from monotheistic to polytheistic. Traces of our prehistoric ancestors are in Göbeklitepe; polytheistic Harranis worshipping the celestial bodies lived in Harran and Soğmatar.

Abraham, the Father of monotheism, was born in Şanlıurfa. The Cave of Prophet Eyyup – symbol of patience- is in Şanlıurfa. King Abgar who exchanged letters with Prophet Jesus, was from Şanlıurfa. For 14 centuries, Islamic culture has prevailed on these lands. The belief is as strong as it is visible: Şanlıurfa is known as theCity of Prophets.

The Fish Lake, covered bazaars, Şanlıurfa streets, magnificent houses take you to a journey in history: this is walking in Şanlıurfa old centre! With its inhabitants wearing colourful clothing, the City of Şanlıurfa shows herself like a movie set. The movie will end with a ‘Sıra’ night accompanied by music and folk songs and delicious food in the courtyard of a traditional old stone house.

Fresh fruits and vegetables grown in the Harran, Halfeti and Birecik areas, watered by the Euphrates river, sheep grazing on the steppes, turn into delicious meals prepared by the chefs of Şanlıurfa. Soups, salads, pastries, fruit dishes, desserts and naturally kebabs, are a variety of tastes for every season.

Learn to clay pigeon shoot in Dorset with...

Road trip through Alabama in an RV from...