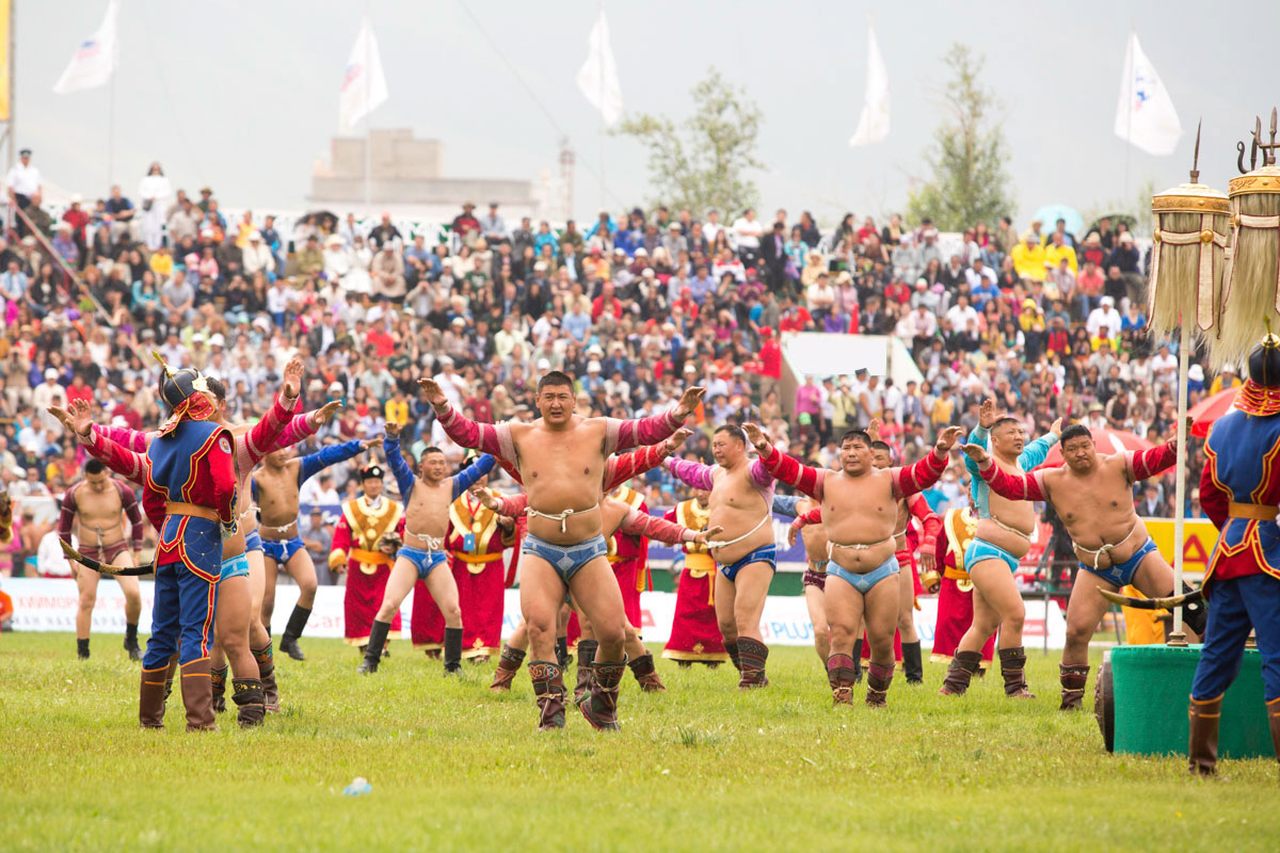 Many of us travel to tick places off our bucket lists. But though mountains and monuments are important, they don’t always give us a great sense of place. If you want to get a real feel for a destination – and the culture of the people who live there – plan your trip to coincide with festival time.

From winter festivals in Canada and Japan to carnivals in Cuba and Venice, and a particularly spooky Halloween in Romania, we’ve picked out the festival highlights for 2018 so you can spend your year partying around the world. 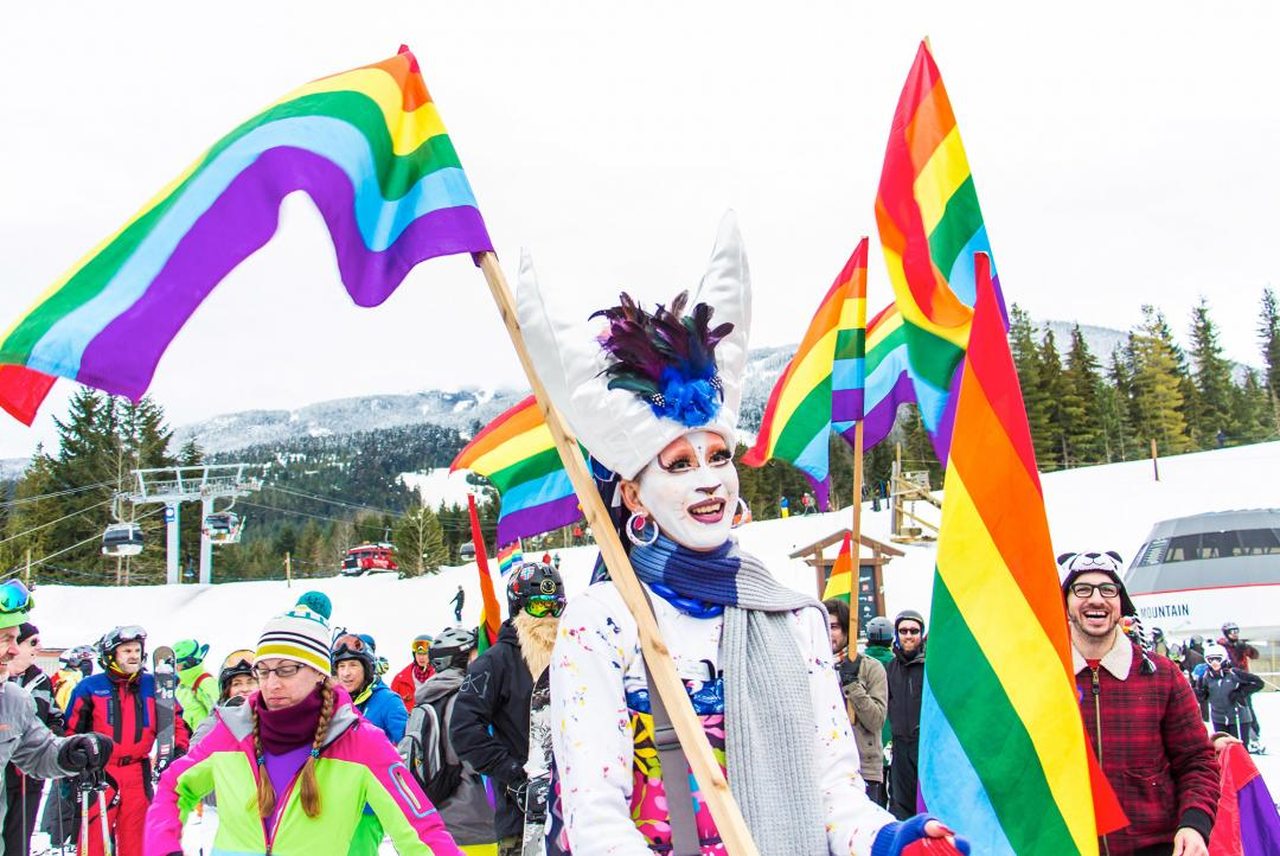 When the snow falls, Canada becomes a natural Winter Wonderland. Visiting the country in late January and early February you can take in not one but five different winter festivals, all of which have a snow and ice theme!

Travelling overland from Vancouver to Calgary is the trip of a lifetime for hockey fans, maple syrup lovers, and those want to be astonished by nature.

On the way you can take in Whistler Pride & Ski, January in Jasper, Lake Louise Ice Magic, SnowDays in Banff, and the Canmore Winter Carnival. Highlights include seeing Banff National Park blanketed in snow, joining the Maligne Canyon Icewalk in Jasper, and getting your jingle bells on for a sleigh ride in Lake Louise.

Want to add a city tour onto the start of the festivities? Check out our 24 Hours in Vancouver. 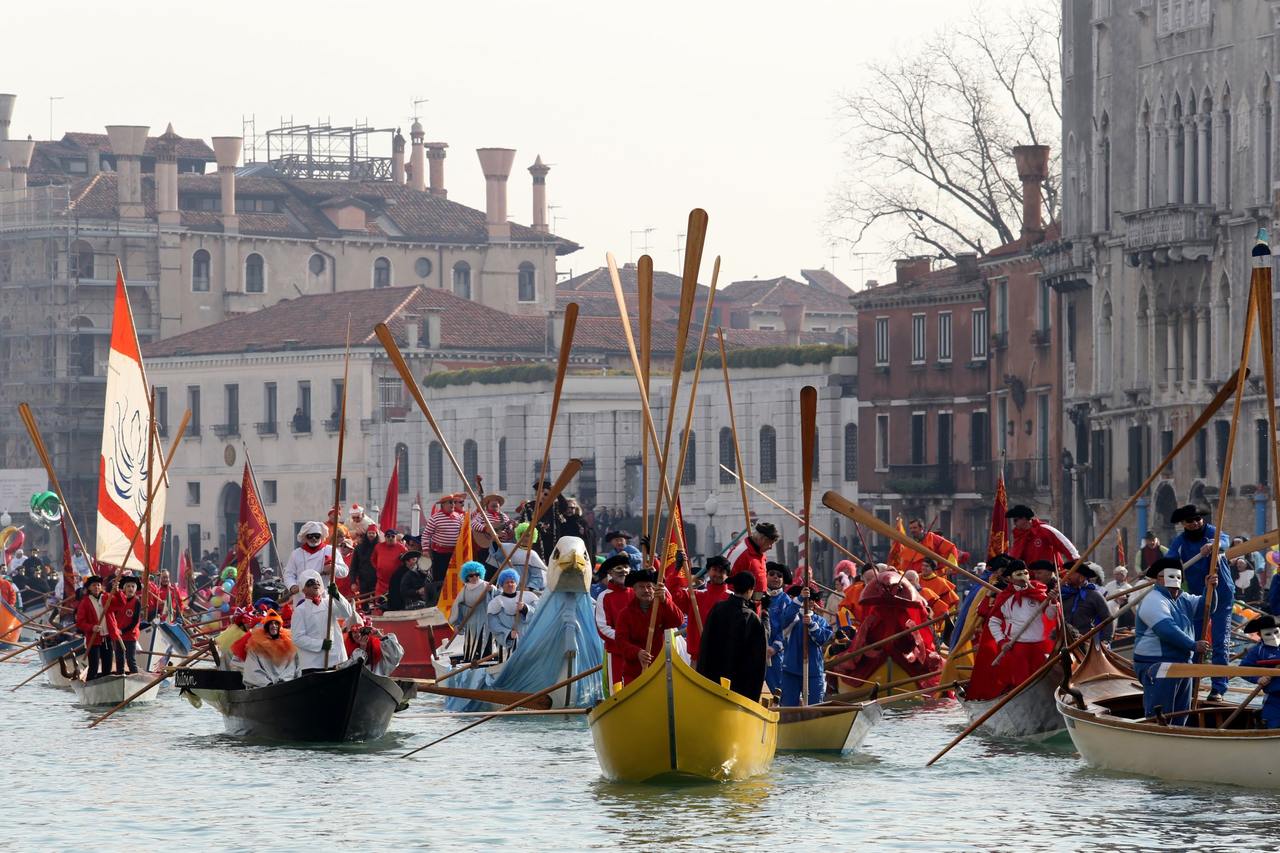 There is something intriguing about masks, not knowing who is behind the disguise. You can, for a while, be whoever you want to be. And throughout Venice’s Carnevale, nearly every person you meet will be hidden behind a mask.

Carnevale has taken place annually since the 13th century. Venetian law prohibited the wealthy from wearing their jewellery in public, except for on public holidays and during Carnevale. It therefore became the prime occasion for everyone to dress up and show off, a rare celebration of beauty and fashion, where no one could actually be judged or recognised.

Venetians still take Carnevale seriously, dressing in spectacular costumes and attending lavish masked balls. You can join the party for two weeks each year, participating in festivities which are authentically Venetian, beautiful, and intriguing.

Read our Hotel Review: The Gritti Palace, Venice for the ultimate place to stay during Carnevale.

You may not think of Japan as a wintery land of ice and snow, but the country actually gets some of the heaviest snowfall in the world. In the winter the landscapes are especially beautiful.

Locals celebrate the season by constructing huge and elaborate snow sculptures and setting paper lanterns to light up the long, dark nights. The most impressive of Japan’s snow festivals is Sapporo Snow Festival, which began in the 1950s. Teams of snow and ice sculptors from around the world compete in the International Snow Sculpture Contest, and their extraordinary 3D masterpieces are on show. 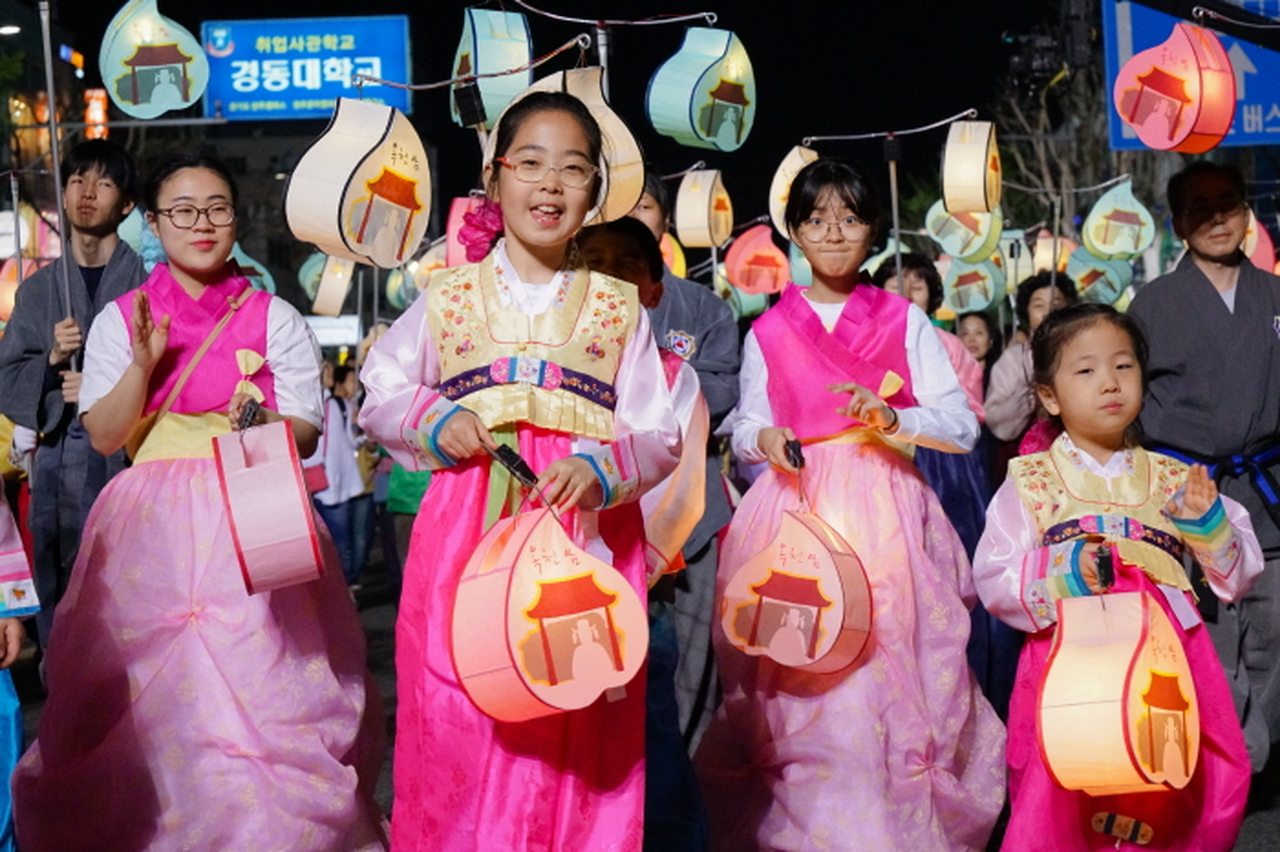 The 1,000 year old Lotus Lantern Festival celebrates the birth of the Buddha and thousands of Koreans – plus guests from around the world – come together with the sole purpose of wishing each other happiness and well-being.

Kindness and love is the central message: in fact the festival’s 2017 was “We can make a world without discrimination.” That’s quite an ambition, but certainly an admirable one.

Lanterns feature prominently in the celebrations, as you might expect, and they decorate every corner of Seoul. They also light up the processions and rallies which fill the city’s streets each evening, casting their warm glow on dancers and musicians, rope walkers and Buddhist monks.

If you are planning on visiting Seoul, read our Travel Guide to Seoul, South Korea

Naadam is Mongolia’s answer to the Olympics. Genghis Khan believed that there were three skills it took to be a Mongol warrior, and those were archery, wrestling, and horse riding.

“The Three Manly Sports”, as they’re locally known, are the cornerstone of Naadam, which is celebrated in Ulaan Baatar every summer. Part circus with acrobats, part serious competition for athletes, it’s the most important sporting and cultural event in the Mongolian calendar.

Contestants, their supporters, and spectators all stay in traditional yurts on the festival site, so you become completely immersed in Mongolian culture, seeing the age-old traditions firsthand.

Latitude is without doubt the UK’s most family friendly music festival. The organisers work hard to create an atmosphere of complete relaxation, as opposed to a hectic party feel, and the activities – from comedy shows and concerts to enchanted gardens – have all age appeal. Local schools are actively encouraged to get involved with an award-winning programme of theatre, dance, music, literature, and visual arts.

Latitude runs in the historic grounds of Henham Park in Suffolk. It’s a picturesque setting with lakes, medieval barns, and numerous nature trails through the woodlands and fields. You can therefore easily get away from the crowds and go exploring, soaking up the fresh air and the beauty of the great outdoors. 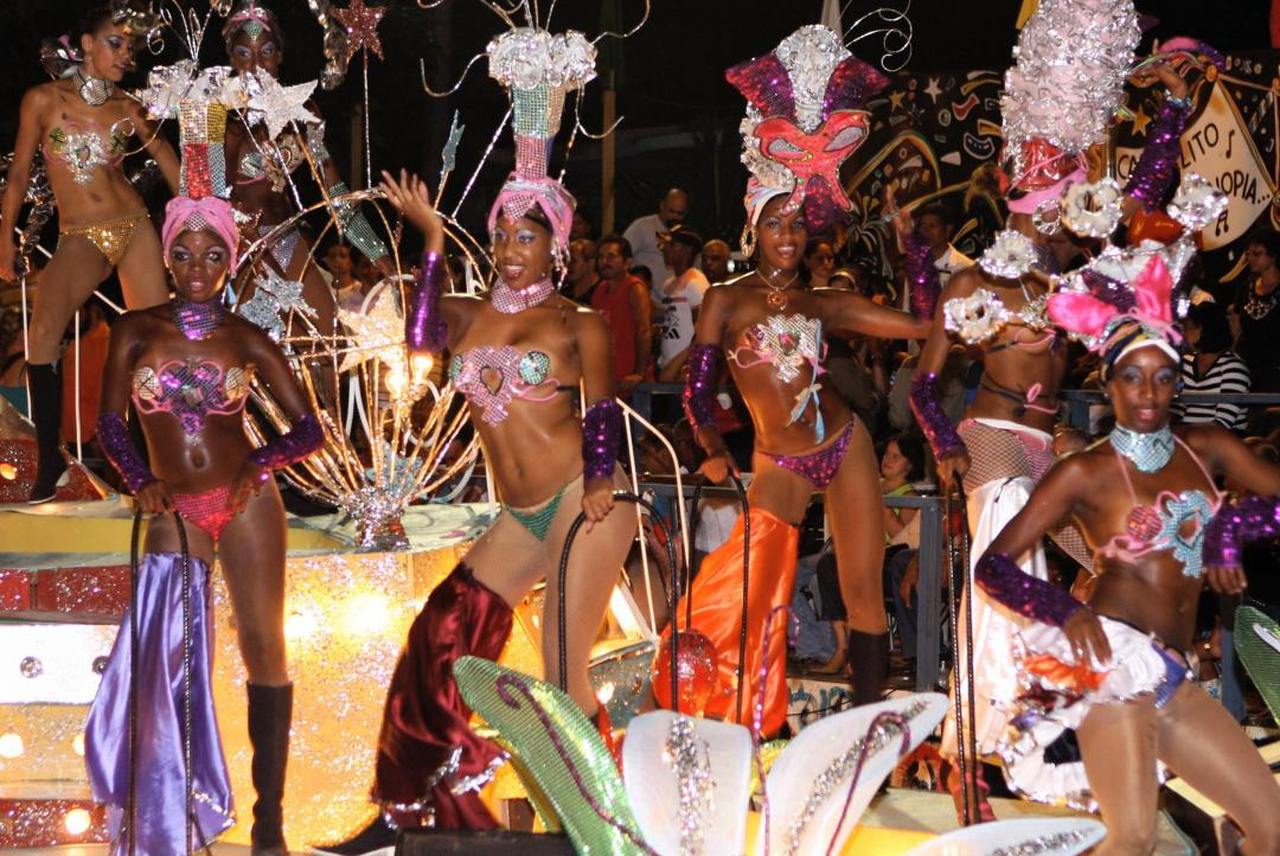 Rio has built up its reputation as the biggest and best carnival party in the Americas, but the real star of the show actually takes place in Havana, Cuba. Santiago de Cuba Carnival is celebration of the island’s Spanish colonial and Afro-Cuban roots, which have come together in an epic, hip-swaying celebration. The streets of the capital are filled from morning until night  with music, soul, and rhythm. We guarantee you won’t be able to resist the urge to dance here, especially when the carnival’s conga parade sashays by. 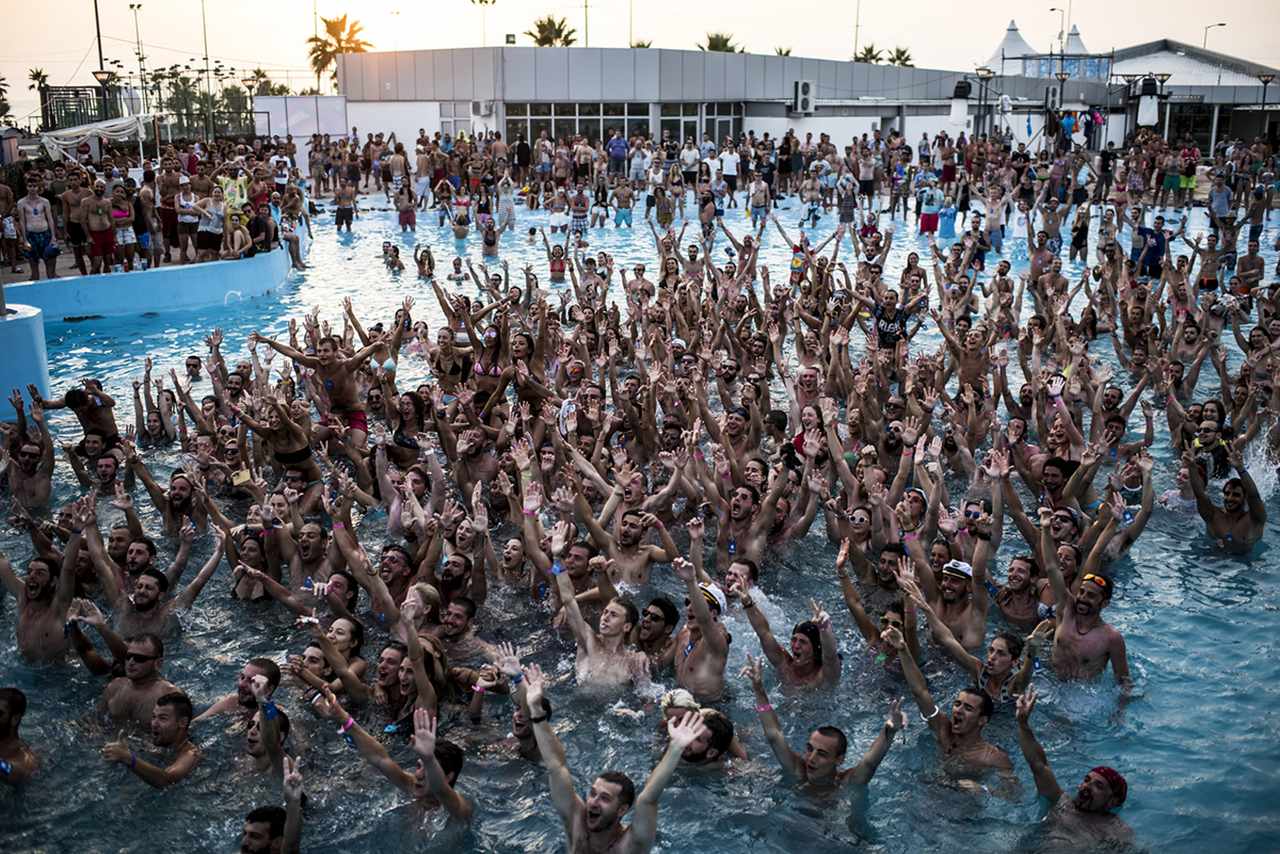 If you’re wondering where to find the global hub of electronic music, the Republic of Georgia probably isn’t the first country to spring to mind. But each summer the Black Sea beaches of Anaklia come alive with thousands of ravers from around the world.

The GEM Fest – Georgian Electronic Music Festival – has happened annually since 2015. The beach parties pulse with big name DJs and other performers, and the festival draws a young, creative crowd. The music starts to coincide with the dramatic sunsets, and is accompanied by mouthwatering Georgian cuisine, team quests, and even pillow fights!

Reading Festival burst onto the music scene in 1989, and in its first five years made a name for itself with all-star line-ups including Nirvana, Iggy Pop, and Rage Against the Machine. Unlike at Coachella, it’s music not fashion which dominates, and the festival goers are a carefree crowd.

Reading (and its sister festival in Leeds) is often the first music festival experience students have, and it’s addictive, with many revellers returning year on year.  All the musicians have a great stage presence, with lesser known bands such as Counterfeit drawing in the crowd with a circle pit, and big name acts like Bastille on the main stage building the energy in the arena as everyone sings along to their songs.

Music is Reading’s raison d’etre, but if you fancy something else to do one afternoon, the festival also boasts its own fun fair, cinema tents, and some weird but hilarious goings on to keep you entertained all weekend long.

If you are visiting Reading, have a look at our review of The Forbury Hotel

Where could possibly be better to spend Halloween than in Transylvania? The religious festival of All Hallows’ Eve seems to have ancient Pagan roots, but in the church it marks the start of three days of remembrance for the hallows (saints) and family members who have died. The costumes, trick-or-treating, and pumpkin lanterns are all later, secular traditions, but that certainly doesn’t dampen the fun.

This autumn, head out to Transylvania — the erstwhile home of Vlad the Impaler (Vlad Dracul) — for the festivities. Scare yourself silly with visits to haunted houses, tales of werewolves, and a tour of Bran Castle, which is said to have inspired Bram Stoker’s Dracula.

You may also be interested to read Five of the most notoriously haunted places in Britain.

Which festivals are on your bucket list for 2018? Let us know…