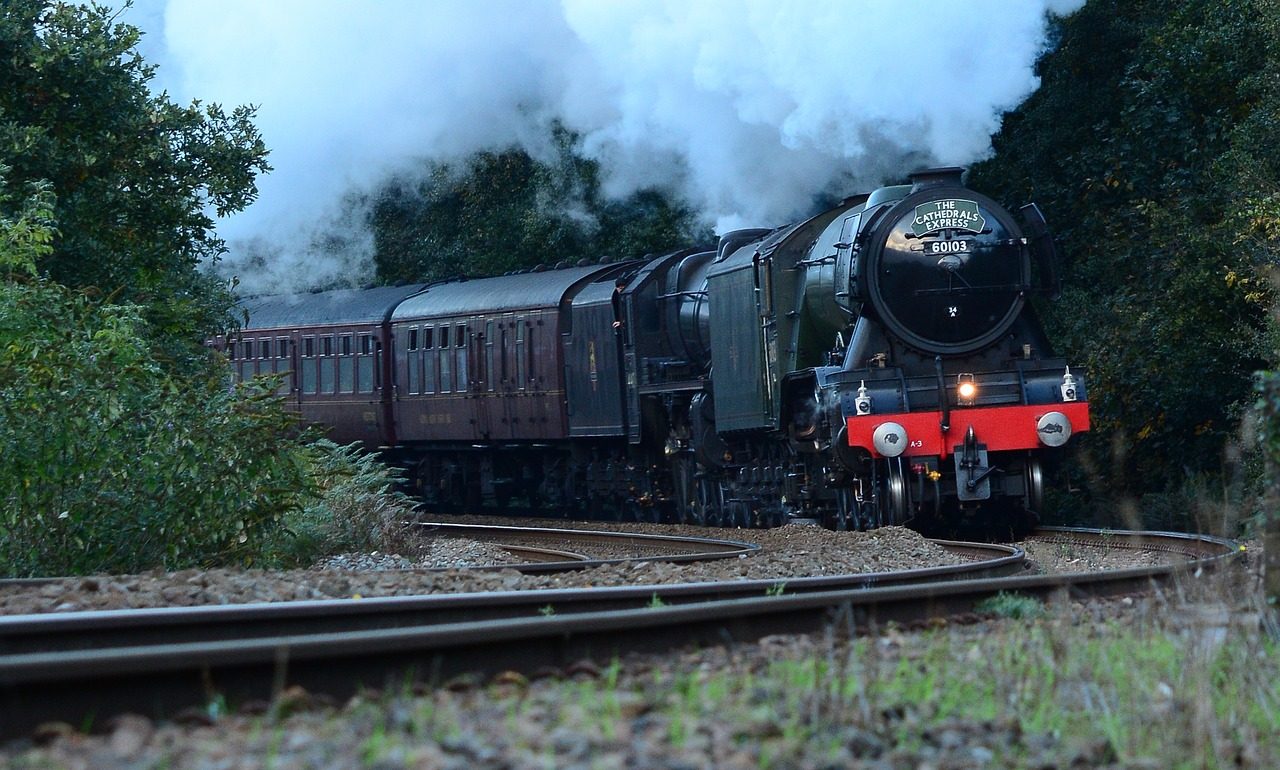 There is an unassailable romance about travelling by sleeper trains in Europe. They call to mind the grand rail journeys of the past: Paul Theroux on the Iron Rooster or Kerouac’s drifters jumping freight trains in “On the Road.”

Today’s rail journeys seem rather sterile in comparison, with once mysterious routes so well-trodden there is little left to say about them. But there are exceptions. Some sleeper trains still convey the sheer romance and glamour of embarking on a grand journey across a continent full of possibilities.

Check out these top 5 routes for a luxurious adventure across Europe.

Scotland’s luxury train offers 2-7-night tours of the Scottish Highlands. The aim is to create the rail equivalent of a Scottish five-star country house hotel, and they do an excellent job, with cabins decked out with polished wood and brass and decorated with tartan, marquetry walls and antique fittings. With only 36 passengers with a ratio of staff to 3:1, you are getting preferential treatment. The price includes fantastic food, wine, and service and some chosen off-board excursions such as distilleries, clay pigeon shooting and castles. In between, take in stunning mountainous Scottish Highlands scenery as you wind in and out of coastal towns and along mountain ranges. 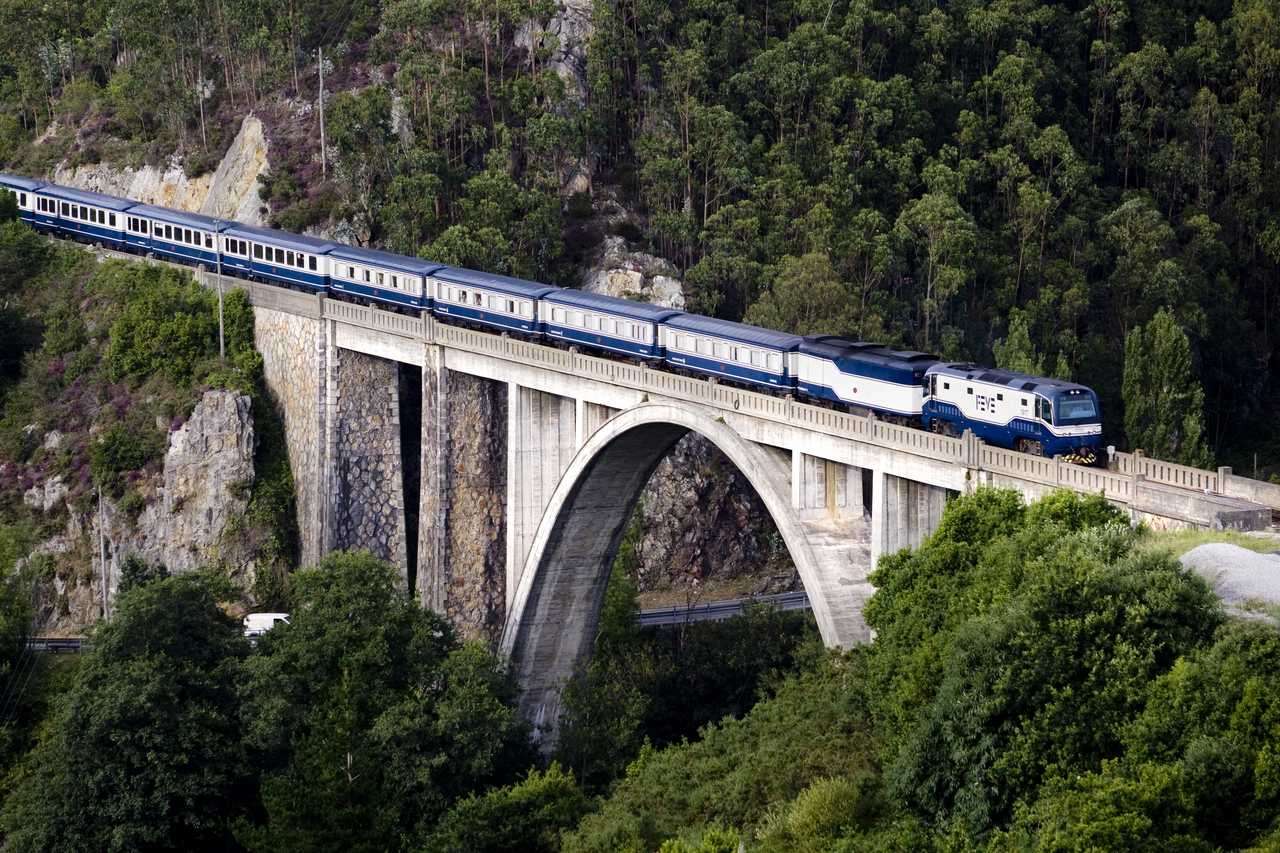 This elegant blue and white luxury train traverses Northern Spain, from either Santiago de Compostela to Leon or the return route. The magical landscape of northern Spain waits, from the fertile lands of Castile to the Bay of Biscay.

Inside, luxurious suites decked out with wooden veneers and sumptuous upholstery, create a five-star hotel atmosphere that is both elegant and relaxing. A luxury coach takes passengers to and from destinations along the way, including top restaurants, art galleries, monuments, and striking landscapes. The train has six sleepers, each with four double en-suite compartments. A recent service introduced two years ago now allows passengers to book Preferent Suites, which take up half a train car each. These suites are 129 square feet and have a private lounge area including a flat-screen television, computer, and indulgent dining options.

Classic, elegance and modern convenience on Europe’s most fascinating route in history. What is not to like? The Danube Express – which boasts the most lavish sleeper cars on the continent – begins in Budapest and traverses rural Hungary and the heart of Transylvania (yes, you can stop at Dracula’s castle.) Its final leg travelling along the Bosphorus allows passengers front-row seat to the spectacular skyline unfolding before their eyes, with Topkapi Palace as its focal point. The duration is eight days, which includes stays in Budapest and Istanbul. Cars are decked out with everything from heated towel rails (in en suite bathrooms, natch) to dimming lights. Included in the fare are three-course meals in the dining car – accompanied by as much Hungarian wine as you like.

No compilation of great train routes is complete without this iconic journey. The Trans-Siberian Railway traverses eight time zones, connecting Moscow with Vladivostok on the Pacific Coast. Connecting lines branch off into Mongolia, China and even the Hermit State – North Korea. At 9,289 kilometres long, the Trans-Siberian is the longest railway in the world. Some hardy souls like to make the entire journey in one go – this takes seven days. However, most travellers prefer the added comfort and luxury of booking a private car in between to explore the cities along the way. City break in Vladivostok, anyone?

Sleep on the Orient Express – Istanbul to Venice

The passenger train enjoyed a resurgence of interest in the mid-70s with a film adaption of Agatha Christie’s 1934 murder mystery novel Murder on the Orient Express. The legendary service no longer exists, but a private company, the Venice Simplon- Orient-Express, has refurbished some old carriages and now runs a service that echoes that most famous of trains. Passengers sleep, dine and drink expensive bubbly in restored vintage 1930s art deco carriages, waited on by uniformed stewards. The Venice to Istanbul route connects two beautiful northern hemisphere cities with a two-night stop in either Budapest or Vienna. Guests can lounge on banquette sofas in their private dining room before retiring to sumptuous beds in the sleeping quarters.