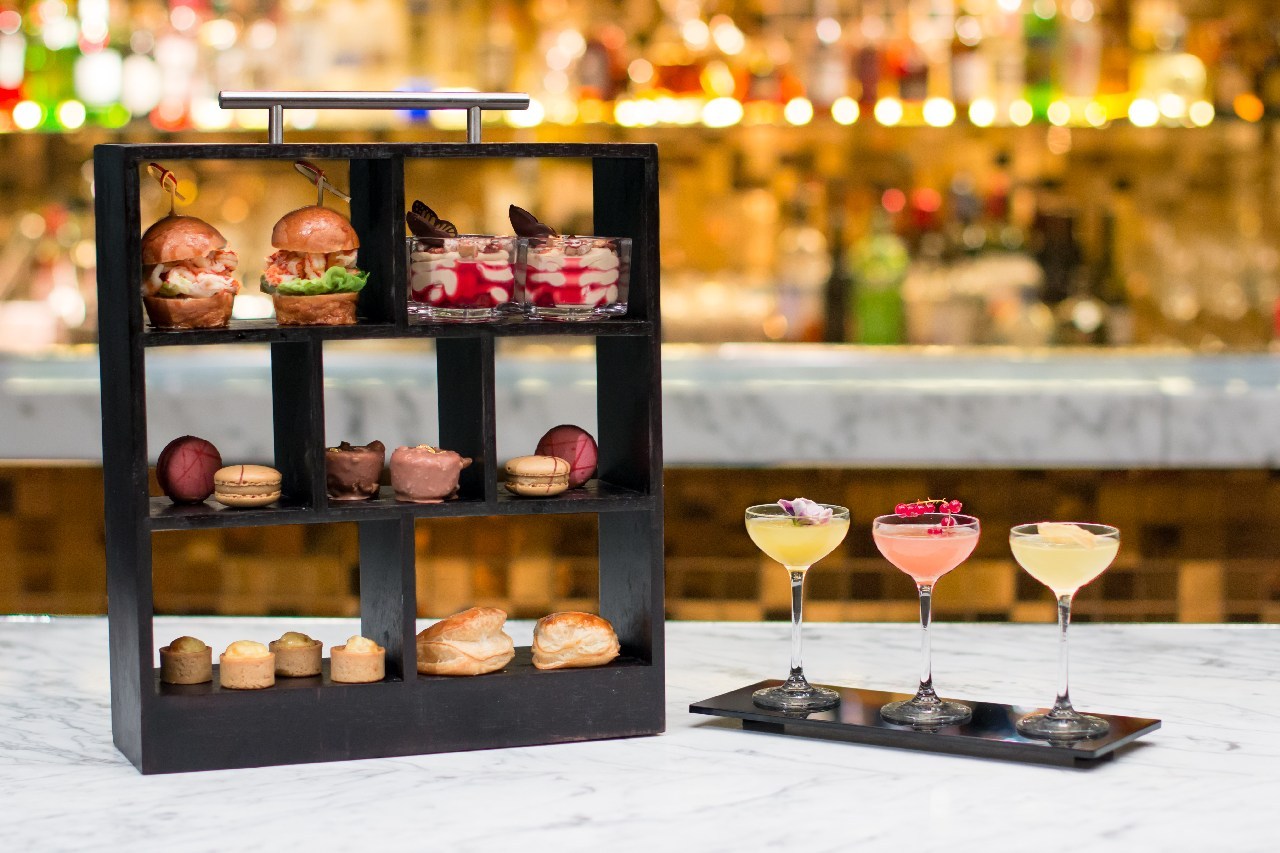 So, it was 7pm one heady summer evening. The sun was still out and seemed to shine down on our mission. We were heading towards St Martin’s Lane to take what we knew was no ordinary tea.

First we had to find the joint. We sauntered into St Martins Lane Hotel but there was nothing to say “hidden speakeasy this way”. After quick stake-out and we uncovered a gold hand that jutted out of a white wall. 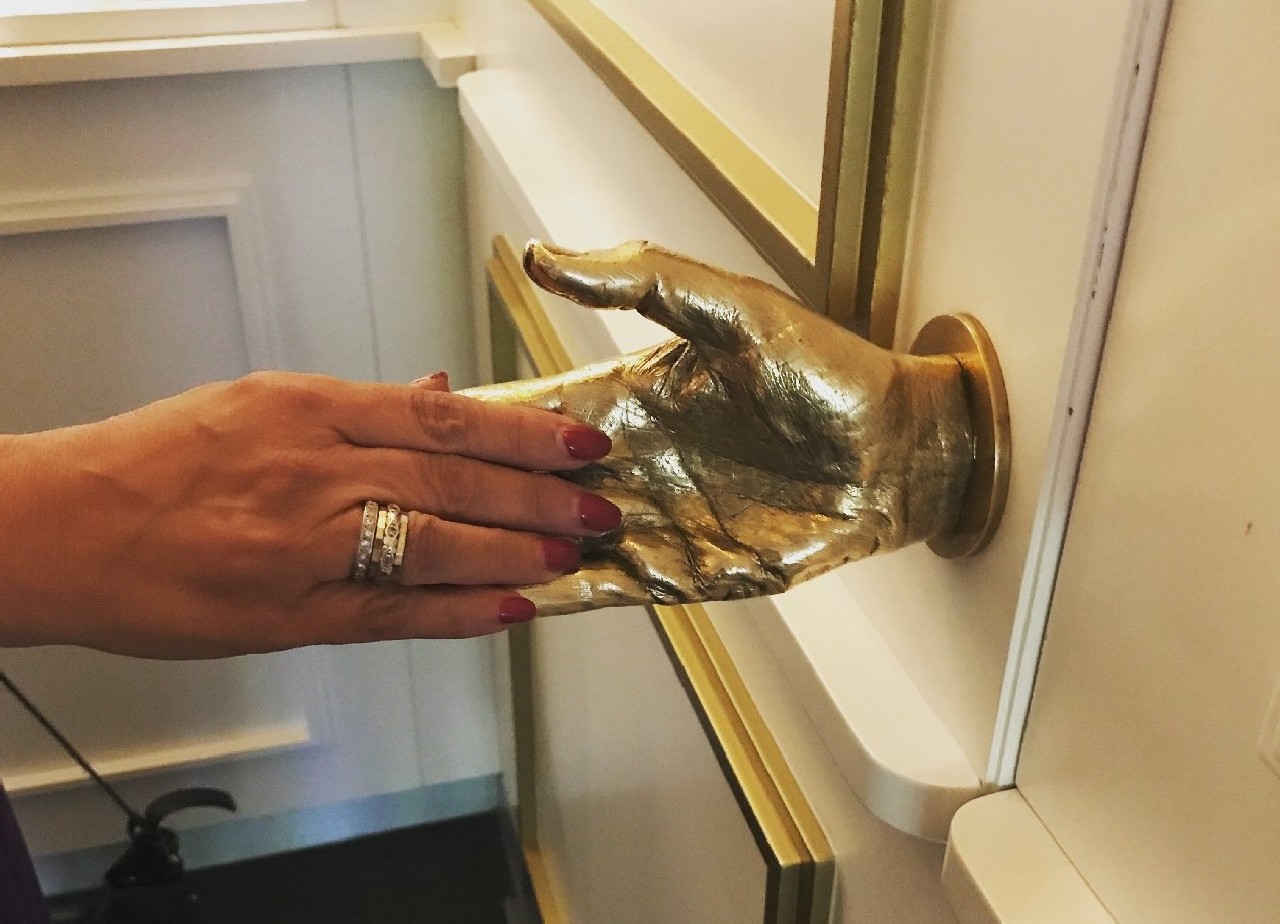 Naturally I reached for it and hey presto I opened a door. It was a sudden change of scene leaving the bright light of the reception for the dark, dimly lit demeanour that unfolded as we descended into the cellar. I loved the feeling of subterfuge that eked out of brown walls, low lighting, brown upholstered chairs and banquettes – it’s classic art deco and so so swanky.

It took a few minutes for my eyes to adjust and indeed to get comfortable on the hard chairs but there was chatter in the air mixed with a jazzy style music and the outer world was a million miles a way. I began to believe that we really were in a speakeasy joint that harked back to the 20s during prohibition in the US.

The Speakeasy tea, was not in any way, a traditional tea. There was no jam and scones and certainly no bone china.

A black mini shelving unit arrived. The selection had some savoury morsels such as quiche Lorraine, spinach and feta feuilleté, crayfish and mango brioche bun with coriander and lime which were decent enough to keep the taste buds entertained.

But it was the sweet stuff that were the stars of of this show: mini chocolates baileys cakes with coffee creams, a selection of chocolate and passion fruit macaroons, and a velvety dulce panna cotta with blackberry compote. Take a few moments to mentally savour that.

And top billing was the flight of three tea-infused cocktails. 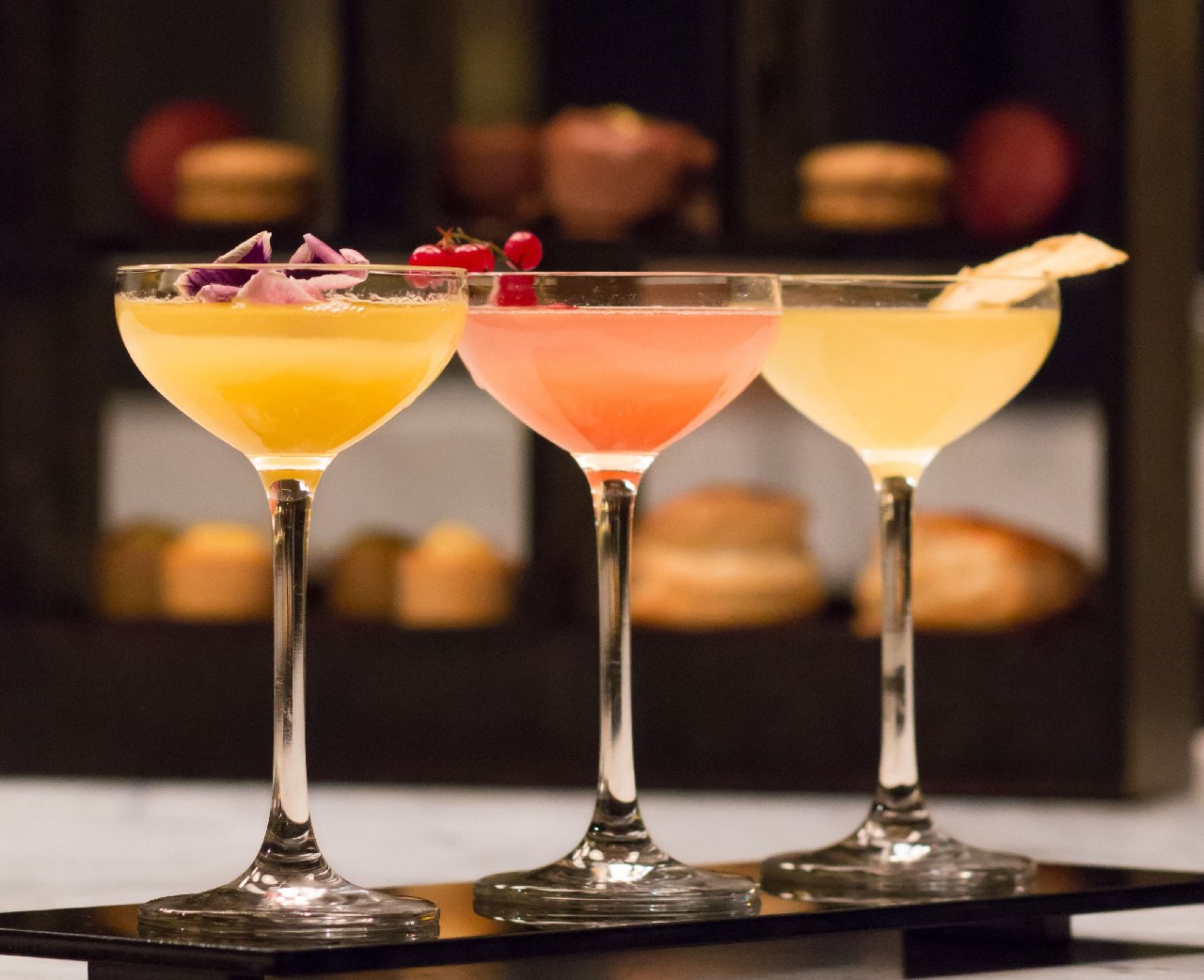 The cocktails had amusing names: “Giggle Water” made with Bombay sapphire gin, English summer tea, rosé champagne, peach syrup. The second, “Have the Bee'”, had an unexpected kick. It was a blend of bacardi carta d’oro rum, pineapple spicy mix, and darjeeling syrup.  The third, the erroneously named “Teatotaller”, was a fizzy number which came with chamomile-infused grey goose vodka, lemon sherbet and a white vermouth syrup.

Incidentally: The offering can be changed to suit dietary needs. My tea mate is a vegetarian and so the crayfish brioche was replaced by an avocado and hallumi wrap. I am allergic to peach so the peach syrup in the Giggle Water was replaced with strawberry syrup.

Verdict: The speakeasy theme was fun and the tea had some flavoursome tidbits. I also enjoyed the flavours of the cocktails but I would have liked a little more than just a taste. The good news is that for others as insatiable as myself, there is a very well tended bar.

The Speakeasy Cocktail Tea is served Sunday to Thursday from 7pm – 9pm in BlindSpot at St Martins Lane. £35 per person.

Hundreds of holidaymakers left Gatwick Airport without their luggage