Home Travel News Britain to get a new £50 note, but who will appear on it?
Travel NewsUnited Kingdom 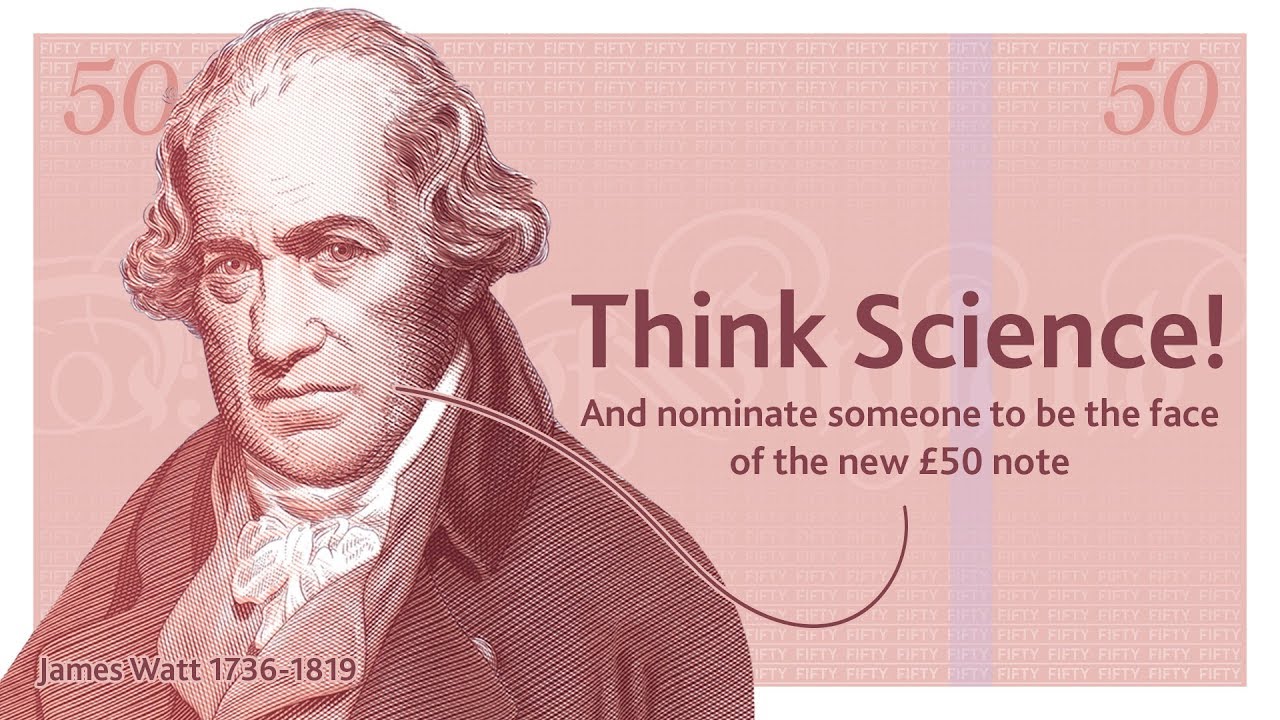 Britain is due to get a new £50 note. It will be made of polymer and will of course feature the Queen. However the two engineers Matthew Boulton and James Watt currently featured on its reverse will be retired to make way for someone else.

The question is who? Mike Carney, the Governor of Bank of England announced at the Science Museum in London that it will be an eminent late scientist from fields such as biology, astronomy and medical research. He has also opened up the suggestion box to the UK public. You have six weeks to place your own suggestion by filling in a form on the Bank of England’s website. He said:

There is a wealth of individuals whose work has shaped how we think about the world and who continue to inspire people today.

Our banknotes are an opportunity to celebrate the diversity of UK society and highlight the contributions of its greatest citizens.

A shortlist will be drawn up by a committee, including four experts in the field. The final decision though will be made by Mr Carney. A date has not be set yet as to when the note will be entering circulation, but it is expected to be in around two years time.

A petition to put an image of Leicester and England football player Harry Maguire riding on a unicorn was signed by thousands of people, but was promptly rejected by the government.

The rules also state that fictional characters cannot be chosen “So, I’m afraid, no Time Lords from whatever gender are eligible,” Mr Carney said.

The Bank of England has a new chief cashier – Sarah John – so it will be her signature that will appear on the new note. When asked she said “I can’t wait”.

EasyJet is developing BATTERY powered planes – would you fly in one?