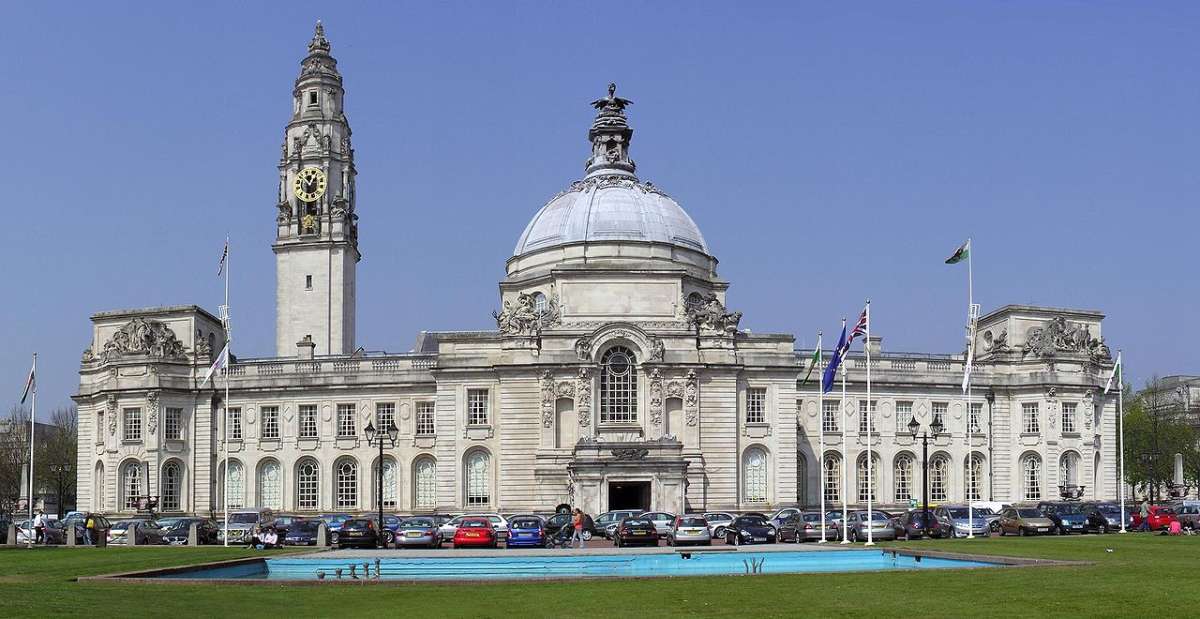 Thousands of people visit Cardiff every weekend: from the 27,000 green-fingered hoard which headed for the recent Royal Horticultural Society’s show to international rugby and music fans bound for the Millennium Stadium. It’s a spacious, charming and interesting city with an optimistic buzz.

It’s a bit like going abroad, going to Wales. There’s something different about the country, the people, the air. Perhaps crossing the Severn Bridge does it; like leaving one land for another — crossing a boundary — and paying for the privilege (a toll) to do so. 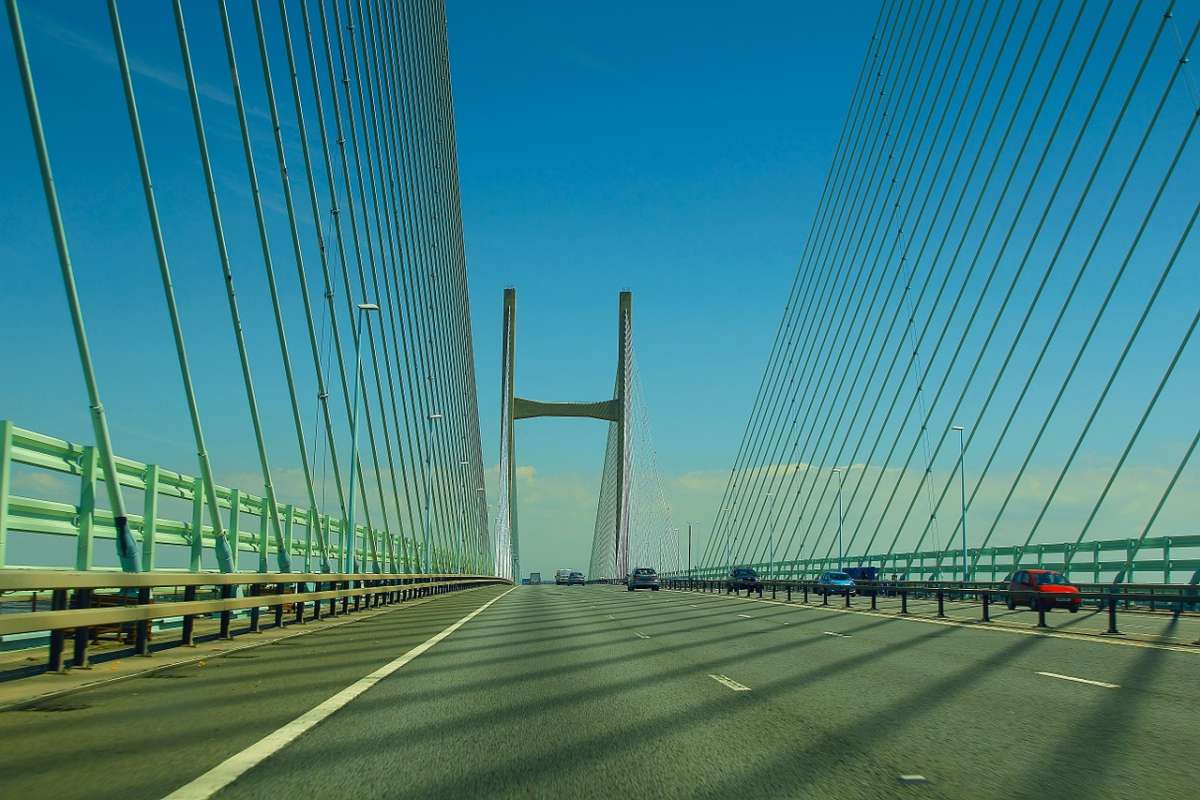 Or maybe it’s the signs where Welsh comes before English, telling drivers to araf (slow) around bends. Whichever way, heading to the motherland, as so many Welsh friends like to call it, is an event, a journey, a voyage to a land defined by defiant traditions: love spoons, daffodils and a spirit which just won’t lie down. It’s like visiting a place matched by no other. Patriotic rugby chants are just one of the Welsh airs and graces which put me in a goose-bumped state.

They take me back to my days at Aberystwyth University where nights at the student union always ended in Welsh v English ‘sing-offs’. If I learnt one thing about Wales during my three years in that coastal outback, it’s that its people are patriotic and proud to the core. And why shouldn’t they be?

We take the M4 west, turning off towards the city at junction 29. It’s not a pretty route by any means which may leave many a tourist at a loss as to why anyone would stay here or head South to the sea.

But there’s something about Cardiff that draws tens of thousands of people down this same stretch of road off the M4, weekend in, weekend out. And they just keep coming — in droves.

Not just by car but by train and air in and out of Cardiff Airport which ‘went green’ this year, recycling 75 per cent of its waste.

It’s a green city by any stretch of the imagination meaning a visit here won’t cost the Earth. There is more green space per person than any other UK ‘core city’ with a vast green swathe stretching right into the heart of Cardiff: Bute Park sits right in the city centre, reaching from the walls of the castle to the edge of the city; and Roath Park lies north, home to a 30-acre fishing and boating lake.

The country also benefits from a great natural resource of local produce, including Welsh meats, cheeses, preserves, chocolates, wines, beers and spirits. And more and more of Cardiff’s restaurants and cafés are using local produce to produce modern Welsh flavours.

On top of all of this, Cardiff has been designated the world’s first Fair Trade Capital, encouraging ethical trading and fair prices for producers in Third World countries.

This eco theme also winds its way into the fabric of what Cardiff does best — shop. It’s a buyer’s, moocher’s, and vintage hunter’s paradise with quirky boutiques like A Vintage Affair tucked away in Victorian corners of the city.

There’s a range of charity shops, including an Oxfam Boutique on St Mary Street (the first outside of London), antique stores, and flea markets, all promoting sustainable fashion and living.

Just outside of the city centre in Canton, Fair Do’s — Siopa Teg, is renowned as one of the best Fair Trade shops in Wales, and offers a range of gifts, clothing, greetings cards, foods, snacks, beverages, and just about anything else you could want.

But walking around the city, from the centre down towards Cardiff Bay, you realise there’s more to it than eco-shops and up-market restaurants.

Saturday afternoon is quite unlike any other city you may find yourself in while on a weekend Saturday shopping spree — it’s completely deserted! You’d be forgiven for thinking there had been a mass exodus (there probably had been — to the pub!).

We arrived just as Wales met Italy in a Six Nations match which meant the majority of those with a drop of Welsh blood in their veins had to head indoors and support their homeland in front of a flat screen TV, live from Italy.

Fake daffodils 10 times the size of a rugby ball were strung up on every lamppost in a yellow flurry of patriotic support for the Welsh team and their dear Saint that is David (it was also two days before St David’s Day).

It meant that we had the city pretty much to ourselves. I felt like a child in a private playground.

The walk to the sea, to Cardiff Bay, took no more than 15 minutes but you can get a train or a bus here from the centre. This part of Cardiff is home to the Millennium Centre, a hive of activity centres around The Arts; The Welsh Assembly Headquarters; and the Norwegian Church Arts Centre. It’s where culture meets mainstream and class collides with tack — as merry-go-rounds complete with horses called Nia, Bryn and Meredith bounce colourfully up and down alongside £1 slot machines and ice-cream vans park outside chain restaurants like Pizza Express. 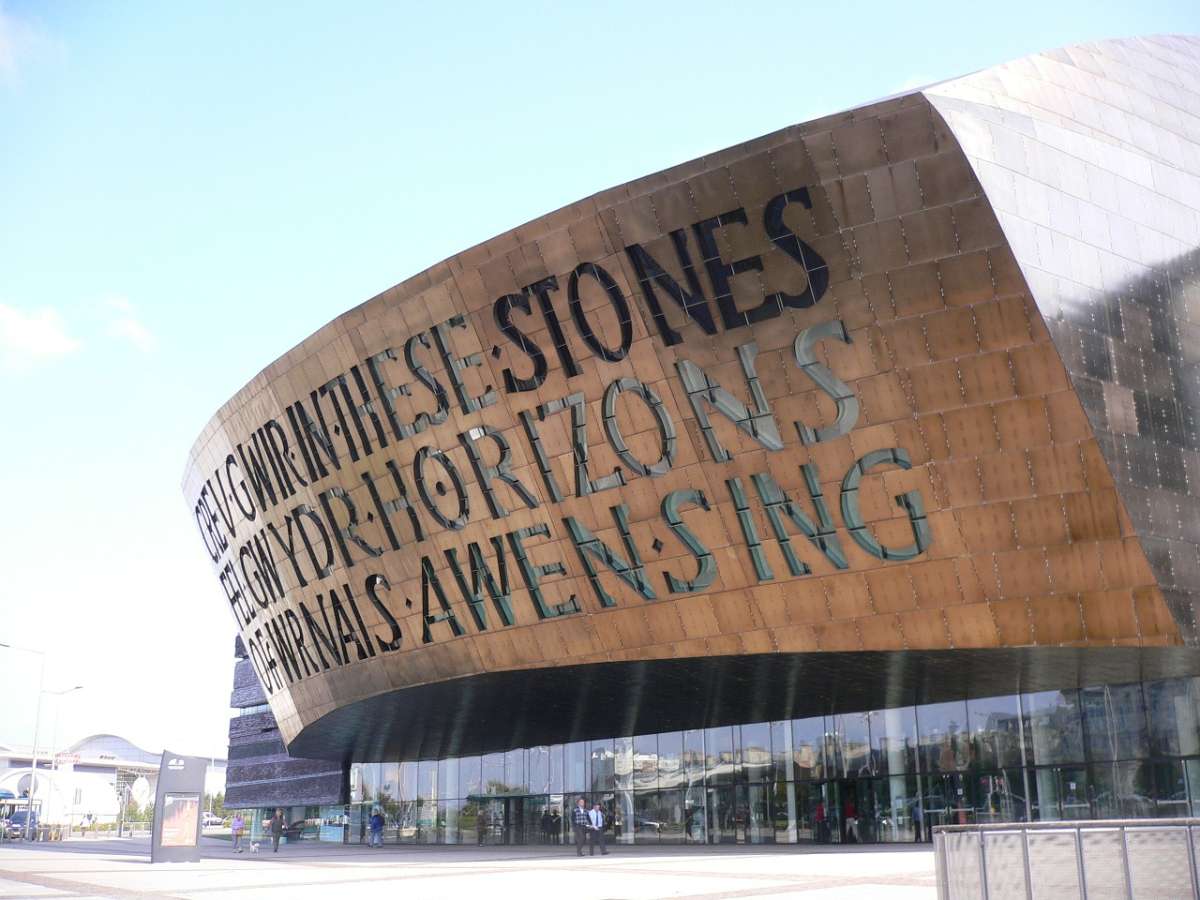 The Taff Trail, a route which takes cyclists and walkers through South Wales, passes through here. Across the River Taff lies the state of the art Cardiff Bay Water Activity Centre.

We based ourselves at the hip hotel The Hilton located on a superb central location overlooking the Castle and the hills beyond.

You can relax in the spa or 20-metre heated pool, work out in the gym or sample modern Welsh cuisine or a Pink High Tea speciality at the hotel’s Razzi restaurant. Rooms are modern with great views.

We wound up our stay with lunch at a new addition to the dining scene, ffresh at the Millennium Centre. The menu is steeped in Welsh tradition using local suppliers from across Wales and the west of England and a must-do for any visitor keen on experiencing ‘true’ Welsh cuisine.

Returning home across the Severn Bridge, we leave the motherland behind us, returning home to a different place where the signs are all in English and daffodils aren’t strung to lampposts or lovespoons sold in every other shop.

I miss it: that patriotism; the sense of belonging; the sound of goose-bump-inducing rugby chants rising from pubs and bars. And I feel glad, reassured and privileged that Wales isn’t abroad but just a short hop up the M5 and down the M4, making it easy to get away to ‘the land of their fathers’ in a weekend.

Super-lounge with spa at Gatwick