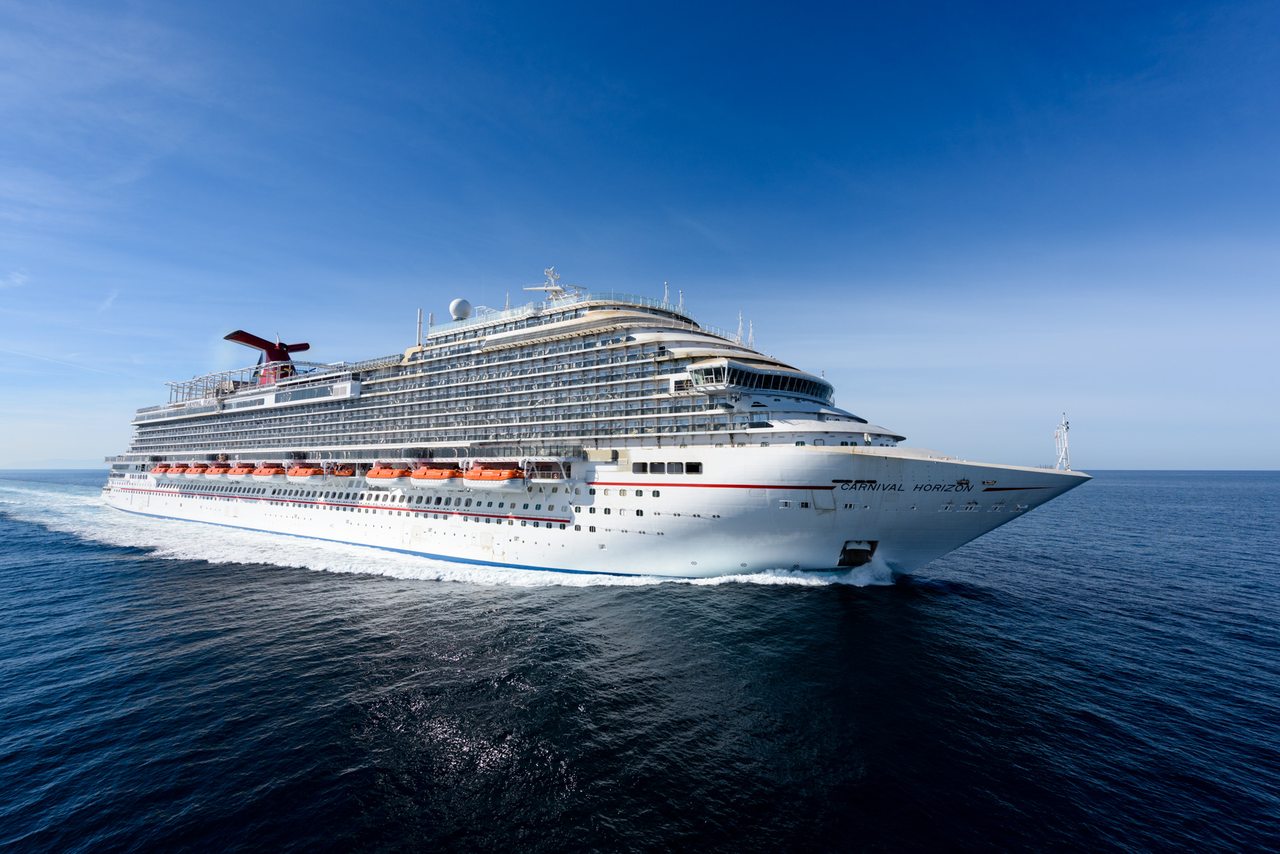 You have probably heard of Carnival Cruise Line but you may not know that Carnival sails the sevens seas under several guises – an impressive stable of 10 brands in their porfolio – including Cunard, Costa and P&O.

This year four of the brands will be launching new ships: the family friendly Carnival Cruise Line fleet, the sumptuous Holland America, the eco friendly AIDAnova and the luxuriously intimate cruise line Seabourn.

Here’s what you can expect:

Carnival Horizon will also offer indoor and outdoor dining, bar, entertainment and activity options that debuted in 2016 on its sister-ship, Carnival Vista, such as the bike-ride-in-the-sky SkyRide attraction and an IMAX Theatre.

Accommodation includes spa cabins with exclusive privileges at the luxurious Cloud 9 Spa, extra-roomy staterooms in Family Harbor, and tropical-inspired Havana staterooms and suites with exclusive daytime access to a Cuban-themed bar and pool.

The 133,500-ton Carnival Horizon will debut with a 13-day Mediterranean cruise from Barcelona in April 2018 – the first of four round-trip departures from the port. Carnival Horizon will then reposition to the U.S. with a 14-day transatlantic crossing from Barcelona to New York May 9-23, 2018, positioning the vessel for a summer schedule of four-day Bermuda and eight-day Caribbean departures from the Big Apple. Carnival Horizon will shift to Miami to launch a year-round schedule of six- and eight-day Caribbean cruises beginning Sept. 22, 2018, and will also offer a special two-day cruise to Nassau from Miami Sept. 20-22, 2018. 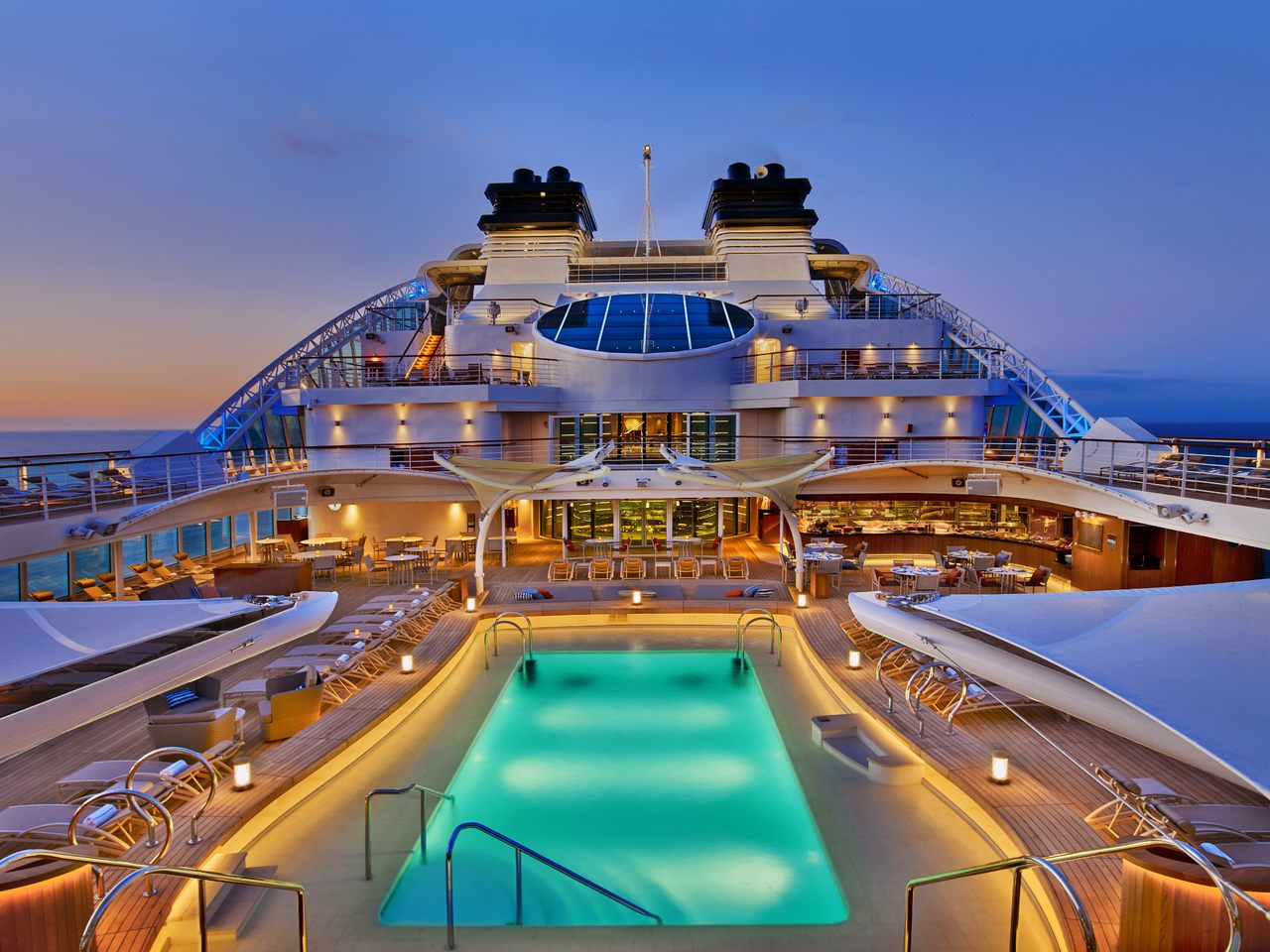 The fifth all-suite ship in Seabourn’s fleet, Seabourn Ovation will carry just 600 guests, based on double occupancy who will enjoy a private veranda in each suite.  Cruisers will be treated to “An Evening with Tim Rice,” the acclaimed English musical theatre lyricist of Broadway, West End and film. The experience highlights some of Sir Tim Rice’s most loved work – from “Jesus Christ Superstar” to “Aladdin” and “The Lion King.”

Seabourn Ovation’s maiden voyage will be an 11-day inaugural voyage departing May 5, 2018, from Venice, Italy, to Barcelona. The ship will spend the majority of her maiden season cruising the waters of Northern Europe, offering a variety of Baltic and Scandinavian cruises, which will include the line’s signature three-day stay in St. Petersburg, Russia.

Seabourn Ovation will also sail on longer 14-day voyages, visiting the majestic Norwegian fjords and British Isles. Select sailings will also include the Ventures by Seabourn program, which are optional for-charge expedition-style excursions featuring a team of experts, Zodiacs and kayaks with a focus on allowing guests to experience nature up close.

Arriving in late 2018, AIDAnova will be the first cruise ship fully powered by liquefied natural gas (LNG), the world’s cleanest burning fossil fuel, with nearly zero emissions. This ship will be the first in the cruise industry to use LNG to generate 100 percent of its power both in port and on the open sea – an innovation that will reduce exhaust emissions to help protect the environment and support Carnival Corporation’s aggressive sustainability goals.

AIDAnova’s next-generation, fully LNG-powered design is an evolution from the brand’s previous award-winning class of ships that includes AIDAprima and AIDAperla, the first two cruise ships in the world to use LNG while in port. AIDAnova will be followed by six additional fully LNG-powered ships scheduled to be delivered across several Carnival Corporation brands by 2022.

AIDAnova marks a new generation of AIDA Cruises ships that combine innovative design with state-of-the-art technology to provide even greater onboard comfort – the onboard brewery featuring the first-ever beer garden, the beach club and Four Elements, complete with three water slides, in addition to a new escape room for puzzle lovers and 360-degreee Theatrium and Studio X, a TV studio at sea.

Highlights include 20 different stateroom types, ranging from a two-deck penthouse suite to spacious family and patio cabins to comfortable single options with a balcony. The ship will also feature the Body & Soul Spa, spanning two decks and offering over 80 treatments from around the world. For the first time, the ship has two private outdoor sun islands for couples; an all-new concept with 17 restaurants – five specialty restaurants, six à la carte restaurants, five buffet restaurants and one snack bar; 23 bars offering a variety of culinary trends from around the world; and the new Time Machine restaurant, blending experience and culinary art to take guests on a dinner trip through time.

In its debut season starting in December 2018, AIDAnova will offer seven-day trips around the Canary Islands. Prior to the Canary season, AIDAnova will make a stop in Hamburg, and will visit the Hanseatic City on the Elbe before setting off toward Gran Canaria. 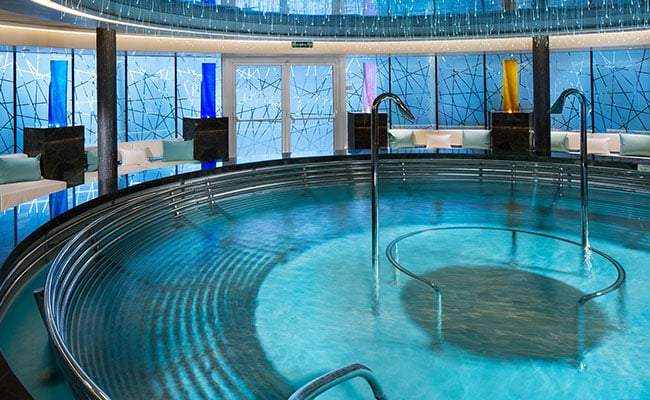 The 99,500-ton ship is the ultimate expression of the brand’s evolution, with grand light-filled spaces; visual drama; and sumptuous interiors inspired by the fluid curves of musical instruments. created by leading hospitality designer Adam D. Tihany and designer and architect Bjorn Storbraaten.

The ship will carry 2,666 guests and feature fine-dining options at alternative restaurants Sel de Mer, a French seafood brasserie, and Tamarind, an Asian fusion concept, in addition to the Grand Dutch Café with traditional Dutch treats and European beer.

Onboard entertainment will include the popular Music Walk area featuring all genres of music showcased in venues including Lincoln Center Stage, Billboard Onboard and the dynamic B.B. King’s Blues Club. With the 270-degree LED projection at World Stage, show-time performances will immerse the audience in panoramic visual and sound effects.  The ship will also launch with the newly created Exploration Central’s hub located in the Crow’s Nest, now a comprehensive resource and engagement center with interactive screens and a Virtual Bridge.

Nieuw Statendam is scheduled to depart December, 2018, on its maiden voyage with guests – a 14-day transatlantic crossing to Fort Lauderdale. The ship will then spend the winter season cruising roundtrip from the South Florida port on seven-day Caribbean itineraries, with select three- four- and 10-day options.