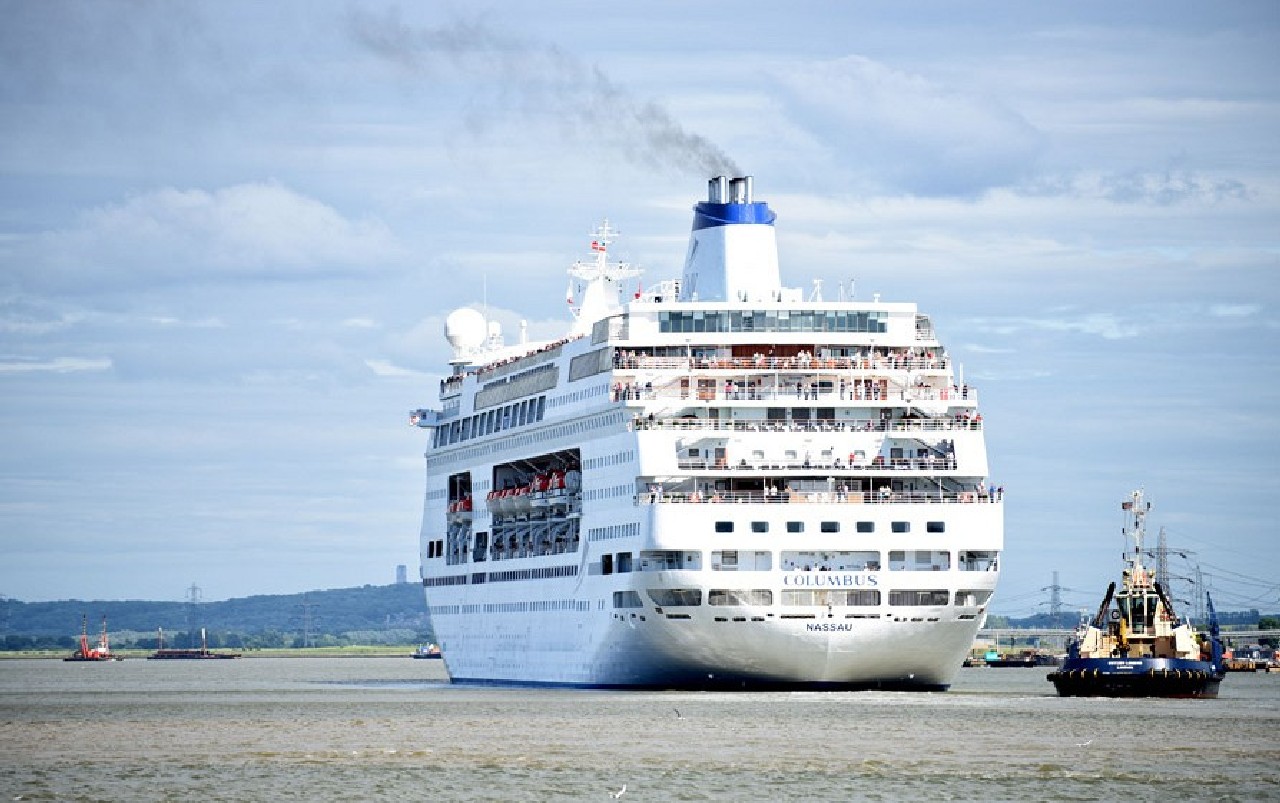 Cruise and Maritime Voyages (CMV), a very British cruise line, specialises in well-priced voyages in smaller ships that steer clear of the gimmicks of modern cruising.

The policy is working and the company is expanding with its biggest ship yet, 1,400-passenger Columbus.

TV star Angela Rippon was godmother at the christening before fireworks lit up the sky over Tilbury on the Thames last week – Columbus is the biggest cruise ship to call the Essex port its home.

A classic ship for those who like cruising without the fuss of the modern giants. Launched in 1987 she became Star Princess in 1989 (christened by Hollywood icon Audrey Hepburn), sailed as P&O’s old Arcadia, then as Ocean Village before recently sunning herself as P&O Australia’s Pacific Pearl.

A multi-million-pound refit has kept the timeless style – teak decks and all – and added a smart new edge.

There aren’t many cabins with balconies but the ocean view rooms are pleasingly spacious (lots of storage room) and are understatedly modern. The 150 new singles cabins means that capacity is down, so Columbus isn’t awash with people. Also new is the maritime-themed Columbus Lounge & Library (with ocean views over the front of the ship) and Trumps & Aces, calm retreat with plenty of tables for card games.

The main restaurant is the Waterfront. The tables are neatly separated by planters sprouting very contemporary fake grass. In the middle, cosseted by wine cabinets, is the Chef’s Table (at extra cost), serving a special menu.

Also at extra cost are the city steakhouse-style Grill (Scottish prime rib-eye, or scallops with fois gras butter) and the Fusion curry house. An excellent place to be, day or night, is Plantation, the buffet with décor that’s part English seaside chic, part Caribbean, with an on-deck dining area curving around the back of the ship.

The deck is a lofty open space, carpeted in a green sweep of fake grass, two areas, each with a pool, divided by a stage for open-air entertainment. There are seven bars (including the Taverner’s Pub, with a neat Victorian feel, and neighbouring Connexions, with a green and cream conservatory feel) and six entertainment areas, such as the two-tiered Palladium for nightly live shows such as ballroom dancing extravaganzas and classical singers, and the circular Dome, a daytime observatory and nighttime haunt with stage and dance floor.

Prices are very reasonable with a pint of London Pride bitter £4.50, a brandy £3 and a cappuccino £1.60. For relaxing by day there’s the Jade spa and gym, Crafter’s Studio for arts and craft lessons and varied shops.

If you like a nice cup of tea, this is the one. Posh tea purveyor Whittard’s first deal with a cruise company means top-notch breakfast blend teabags alongside the kettle in your cabin, a whole range (Marrakech Mint and the like) in a charming wooden chest in the Plantation self-service, and the option to pay for a sit-down cuppa in other bars and lounges.

Whatever you want, from the two-night Amsterdam Break (from £299, departing October 2) to the 46-night Cuba, Central America & Caribbean Experience (from £2,799, departs October 29) and various Christmas market getaways including a four-nighter visiting both Amsterdam and Hamburg (Departs December 14, from £729 but with a buy-one-get-one-free deal).