Dakhla – where the desert meets the sea 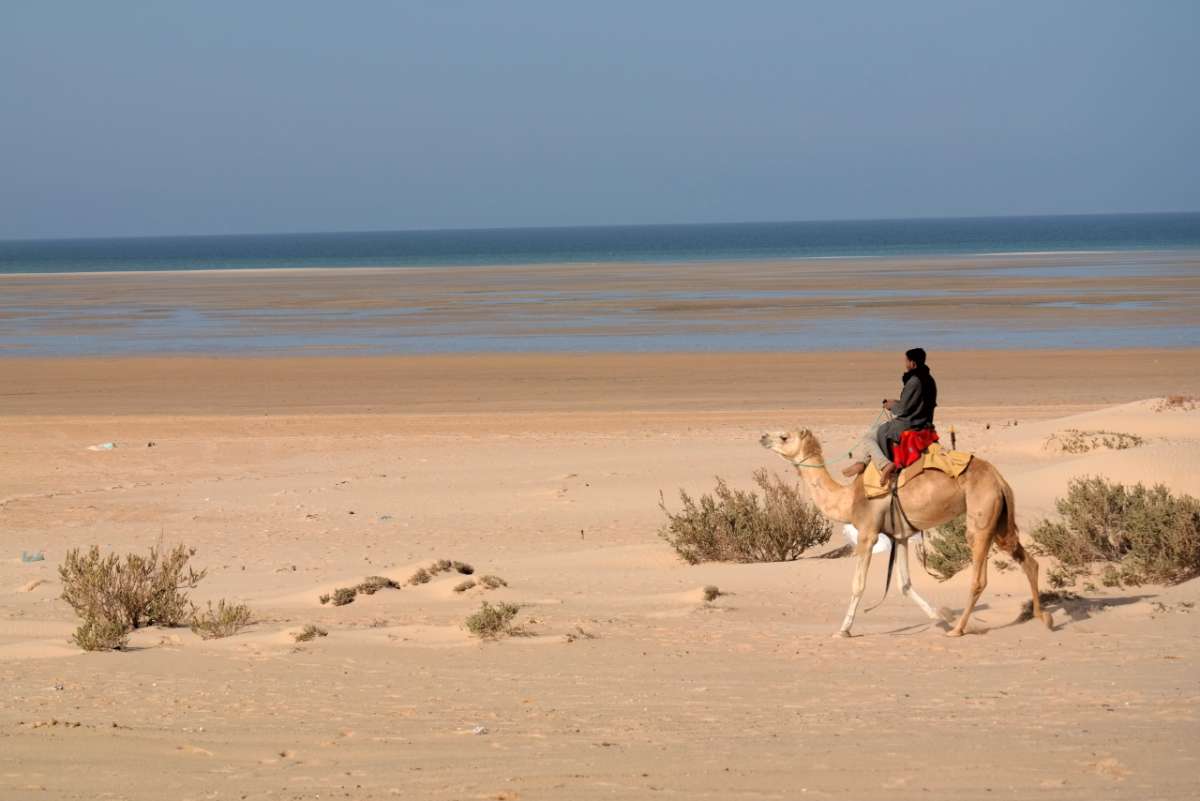 The plane dips down over a skinny peninsula and the large expanse of ocean we’ve been flying over suddenly disappears. It’s quickly replaced with a desert terrain stretching out for miles, its flatness interrupted only by modest houses in dusty shades of yellow, red and brown and the movement of the odd camel.

My flight is one of very few arriving at Dakhla Airport each week, but it seems that this won’t be the case for much longer.

Not many tourists have heard of Dakhla, but this looks set to change. Situated in the disputed territories of Western Sahara along the Atlantic coast, this laid-back, sun-kissed town has long had its reputation tarnished by political troubles. Historical disagreement over who has the right to govern the region has prevented Dakhla from establishing itself as a tourism hotspot in the past, but, as I found out, there’s little of the political to worry about.

The native people from this part of the Sahara draw their culture from both Sahrawi and Moroccan influences, weaving together ancient desert customs and more modern habits and interests. With a modest population of 60,000 people, the town is small enough to garner an everybody-knows-everybody kind of charm, and local people are warm and friendly towards visitors.

During an early evening stroll around town, my garbled French results in newfound friends; vibrant people, young and old, who are full of questions about where I’ve come from, what I’ve been doing and whether I’m enjoying their chilled-out beach town. Their welcoming attitude is perhaps surprising for a city so unused to tourism. 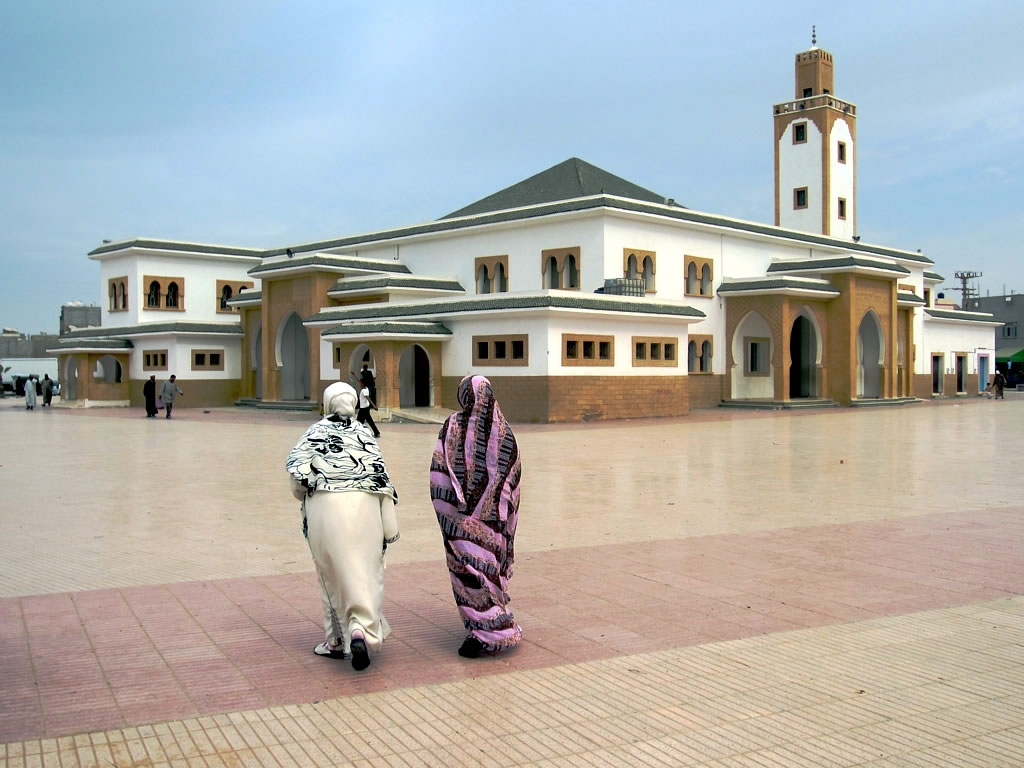 Recent investment from the Moroccan government has seen fast development in the region, with Dakhla as its capital. New local infrastructure such as roads, schools and parks are being built, as well accommodation and conference centres. Even the pavements of the souk are being redone as I wander through aisles of typical North African ceramics, fake Adidas t-shirts and shiny Moroccan silver.

The driving force behind Dakhla’s albeit modest level of tourism is its reputation for watersport. The Kitesurfing World Championships, sponsored by Virgin, have taken place in the town every year since 2009, and the Rihfly Dakhla Sports Centre is at the heart of the region’s offerings. 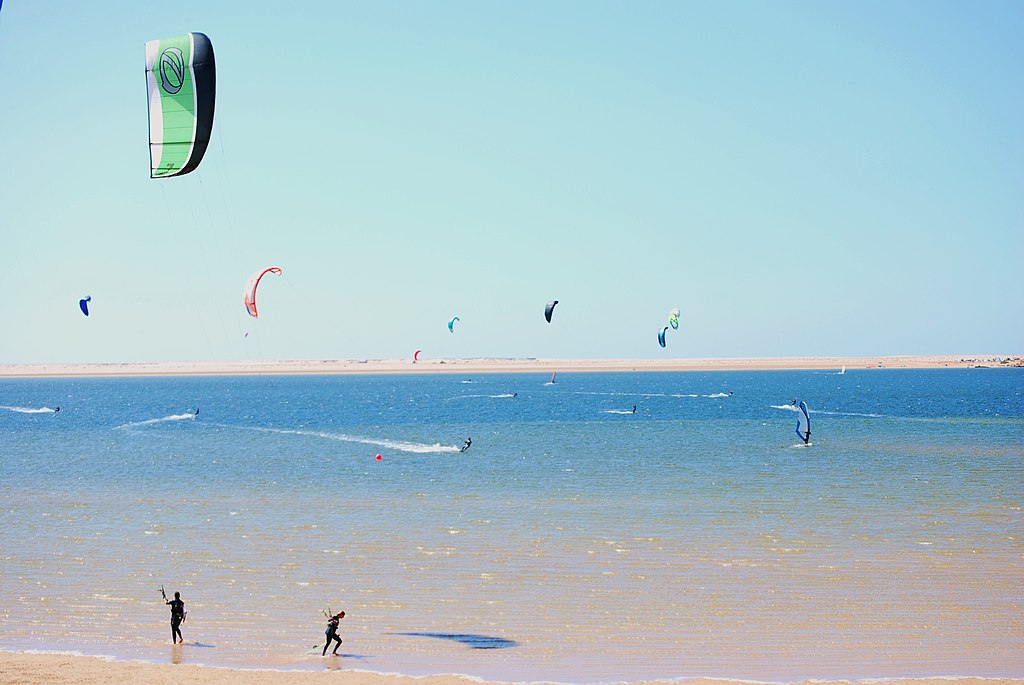 Away from the coastline, I journey into the desert in a four-by-four – the preferred method of transport in this vast desertscape – and eventually reach the mesmerising Dune Blanche. Surrounded by desert for miles in all directions, I climb the white-sand dune and at the top encounter a scene that feels like an optical illusion: just below the windswept hill of sand I’m standing on is a mini-lagoon in pure shades of blue and green. This naturally-formed lake is one of Dakhla’s best-known areas of natural beauty, and it makes for a real see-it-to-believe-it experience. My driver, Sedati, smiles and shrugs. “I came here at least every month as a child,” he says, “but every time now it’s still beautiful.”

Walking around in the heat of the desert is enough to make you work up an appetite, and luckily for me, Sedati has it covered. Oysters make up an important part of the local economy and farming them by hand is a longstanding local tradition. At Taouarta Oyster Farm, a ramshackle little operation built into a cliff overlooking the Atlantic, I witness local fishermen pulling them up by the netful. 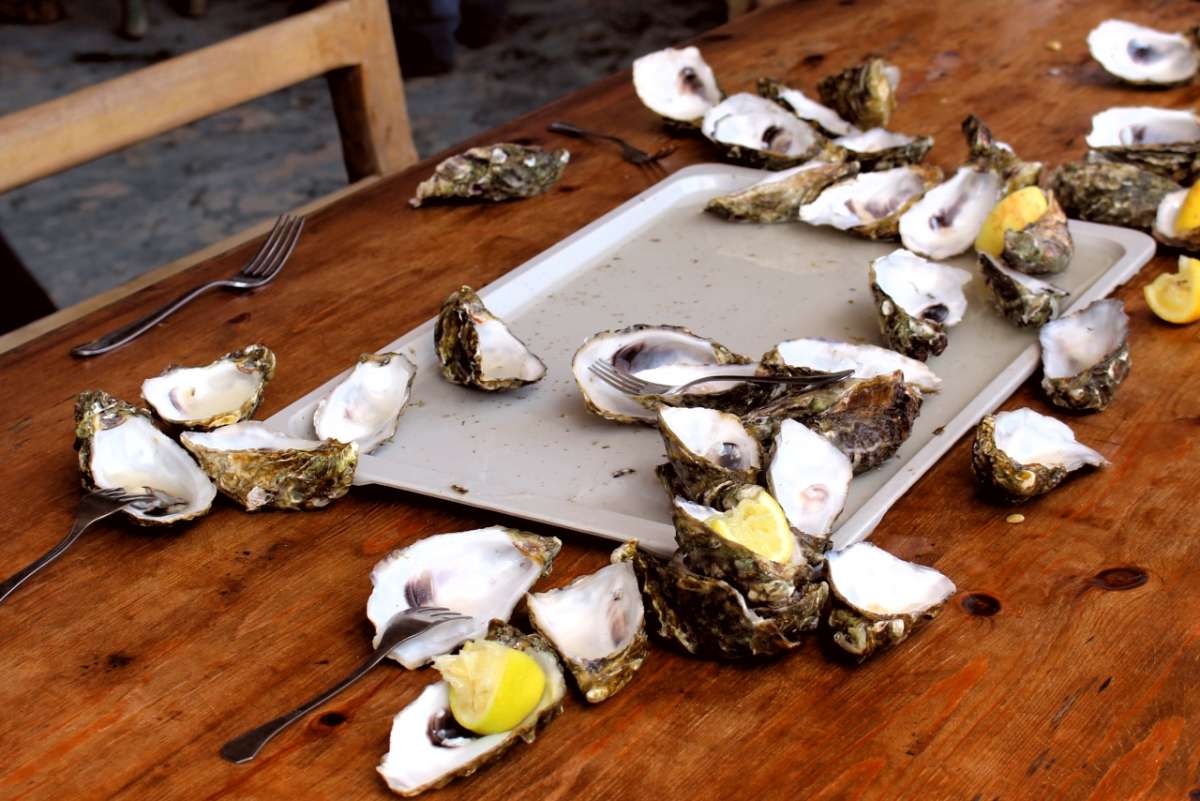 On the day I visit, these harvested oysters are cracked open and served on enormous silver platter trays, with nothing more than a few drops of lemon juice to accompany them. Salty, slimy and mouthwateringly fresh, it’s a memorable seafood affair with the desert still visible as I slurp.

With its sunshine, seafood, coastlines and watersports, it really won’t be long before Dakhla is a staple destination on the traveller’s map.

Flights: Royal Air Maroc – fly between London Heathrow and Dakhla with a one-night stopover in Casablanca each way. Prices from £400 return.

Accommodation: Dakhla Attitude Hotel has cozy ‘surfer’ rooms from £70 per night, while Calipau Sahara offers upscale rooms with sea views from £135 per night. Both rates include breakfast and are based on two sharing. More hotels in Dakhla

Activities: Kitesurfing World Championships and Rihfly Dakhla Sports Centre is at the heart of the region’s offerings.