Why I took my date to Club Chinois in Mayfair, London 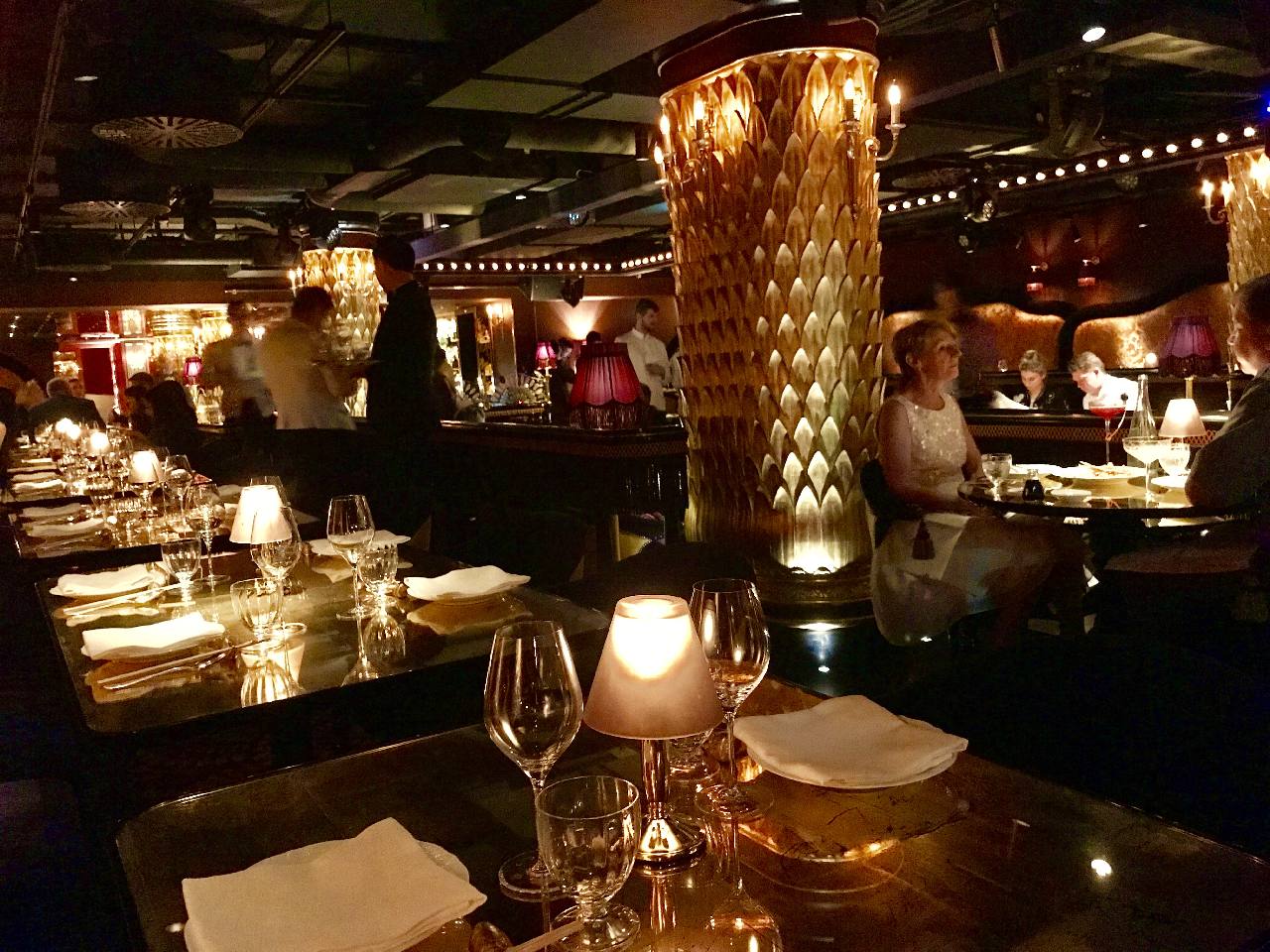 Second dates are notorious minefields aren’t they? Go softly softly, or all out to entertain? 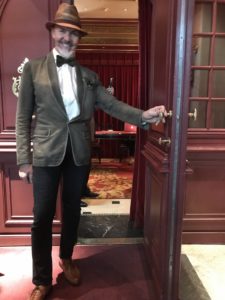 Glitzy, spritzy, sexy and highly entertaining are the words that spring to mind when I think back to my evening at Club Chinois last week.

Located on the lower level beneath the already well-established Park Chinois jazz dinner and dance restaurant on Berkeley Street, it’s an altogether different style of evening out.

The simple brown doors are held open by a curiously dressed door man and give no hint to the immediate change of scene once you enter.

Lots of deep red, plush fabrics, smiling faces, a world apart and reminiscent of a bygone age once lived during the 30’s in Shanghai. We followed the red carpet downstairs to Club Chinois where the shimmering space stretches out to the dimly lit yet dazzling dining area.

Club Chinois is the latest creation by Alan Yau, the gourmet maestro who produced diverse and highly successful establishments such as the Michelin-starred Hakkasan and Yauatcha, Soho’s Duck and Rice and, yes, Wagamama. Yau’s vision for Club Chinois is to get away from the jarring atmosphere of modern club culture. It certainly does that.

Once seated on a purple velvet banquettes aside a gold mirrored table, it wasn’t long before a lady wearing a trench coat and a pink bob hair-do indicated to say nothing. Then she whispered “have you brought the money”. 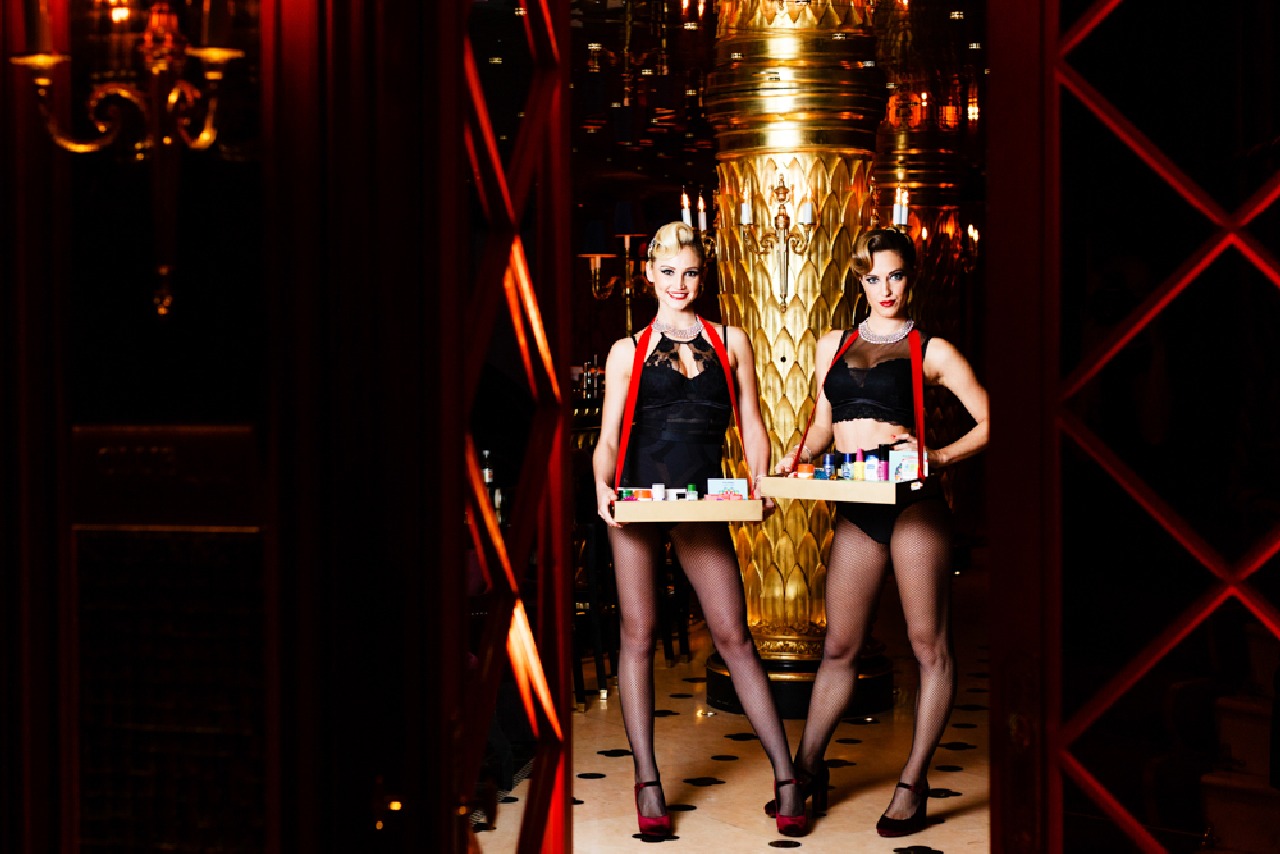 Beside her was an opium smoking vixen who passed by every so often, as did a pair of usherettes selling who-knows-what. All were smiling knowingly. It was ridiculous but so funny. And unexpected.

I double-checked and no this wasn’t a Mayfair speak easy – we were blending into the entertainment. Huge columns of gold leaves reached from wood floors to carved wood ceilings, while subdued lighting and well-mixed DJ music in between acts, all worked to create a highly ambient boudoir-style décor feel.

Food is delicious and as appetising as its heritage would suggest. The style was a blend of Chinese and French dishes that were ideal for sharing. It was a tad dark, so I had to get my iphone torch out to get a better look at the menu. I felt less embarrassed when I saw others doing the same.

Throughout the evening a tapas of entertainment come and went, sometimes a singer – a Sam Cooke sound-alike, or a sexy lady who comes out of a suitcase with an array of magic tricks and even a suggestive flamenco dancer.

It seems anything goes, entertainment-wise. But a word to the wise: it becomes more raunchy as the night wears on. If your date is faint of heart, choose an early evening dinner booking and move on.

But my date was enthralled. So after dinner, we gave up our table and we stayed on milling by the gilded bar for a long, heady night drinking cocktails (from £15 each). Mine was a Mochito and Manhattan served by suave men in white tuxedos. His, a tomato juice – he was driving. 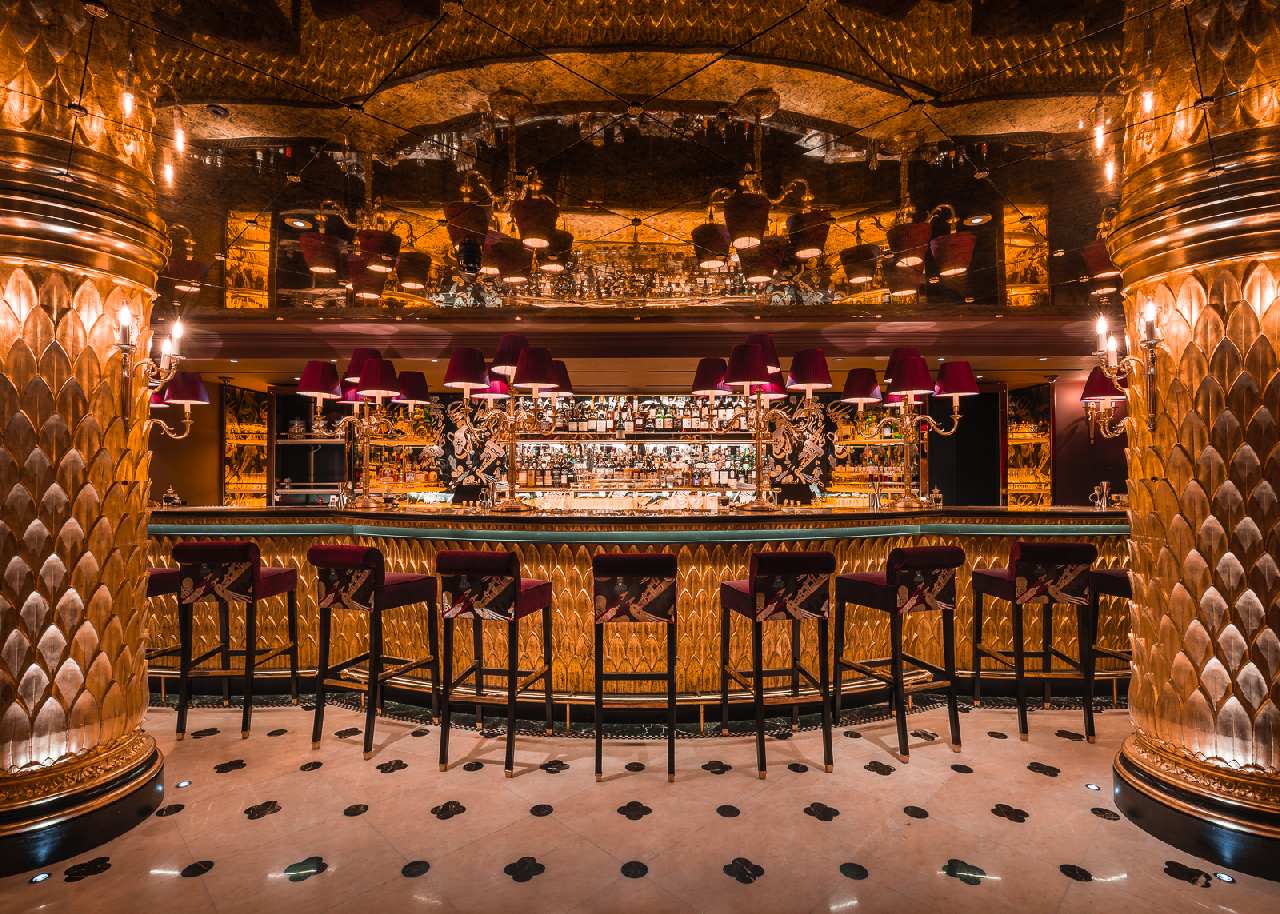 The gilded bar at Club Chinoise

From this vantage we continued to watch the show and chatted happily to others who, like us, had also slipped into a sort of nirvana.

Verdict: We spent almost four indulgent hours at Club Chinois and every moment bubbled with surprise and entertainment. It was time well spent among an affluent, young(ish) crowd who had unravelled into smiling friendliness. As for the date, a week later he is still talking about it.