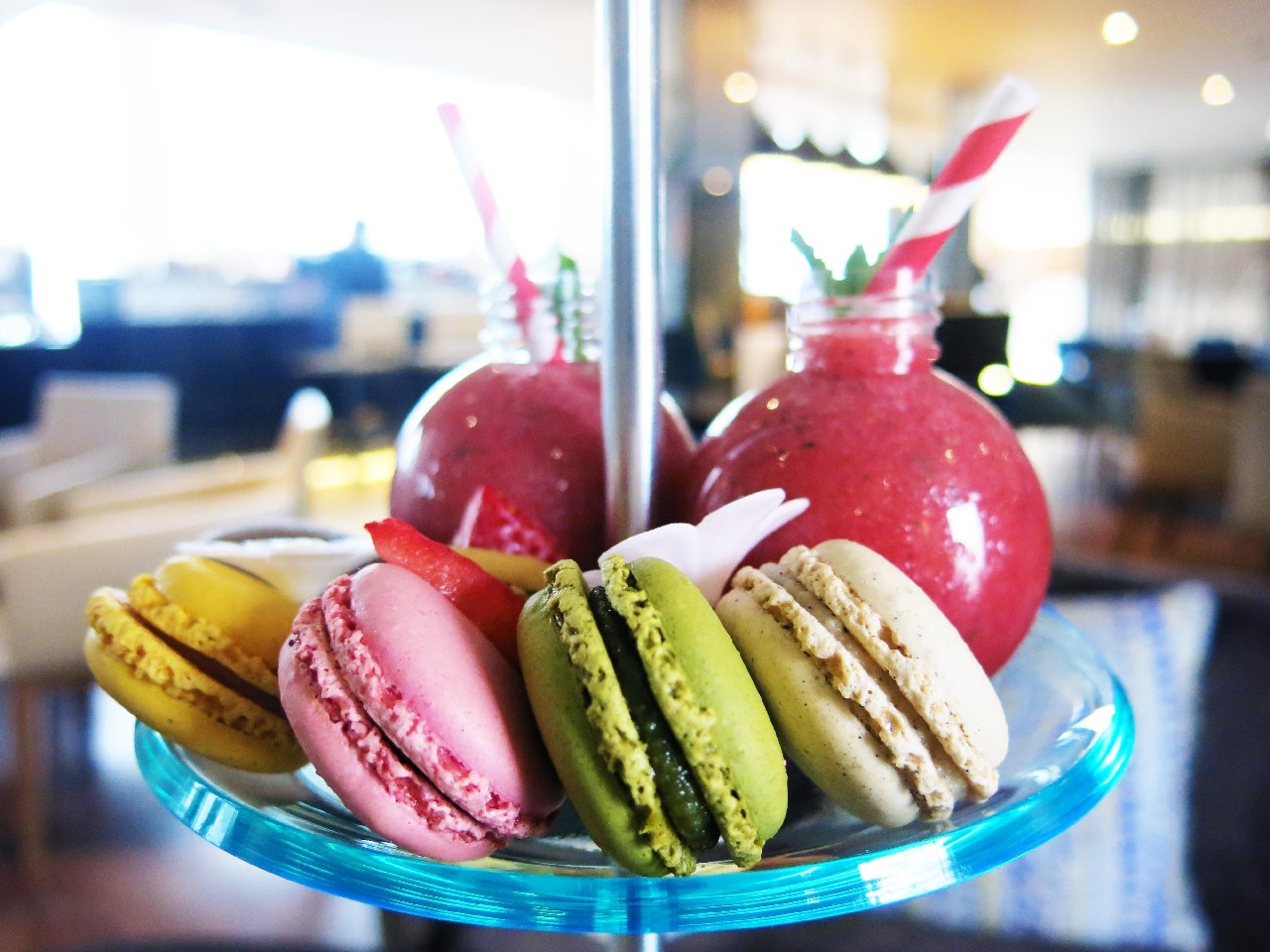 K West Hotel & Spa, once a BBC building, in London’s trendy Shepherd’s Bush area has launched a brand new Festival Glam Rock Afternoon Tea. There was a time when rock greats such Bob Marley and the Wailers, Bowie, The Kinks and Roxy Music spent time here.

On this day it was just me in search of an afternoon cuppa. 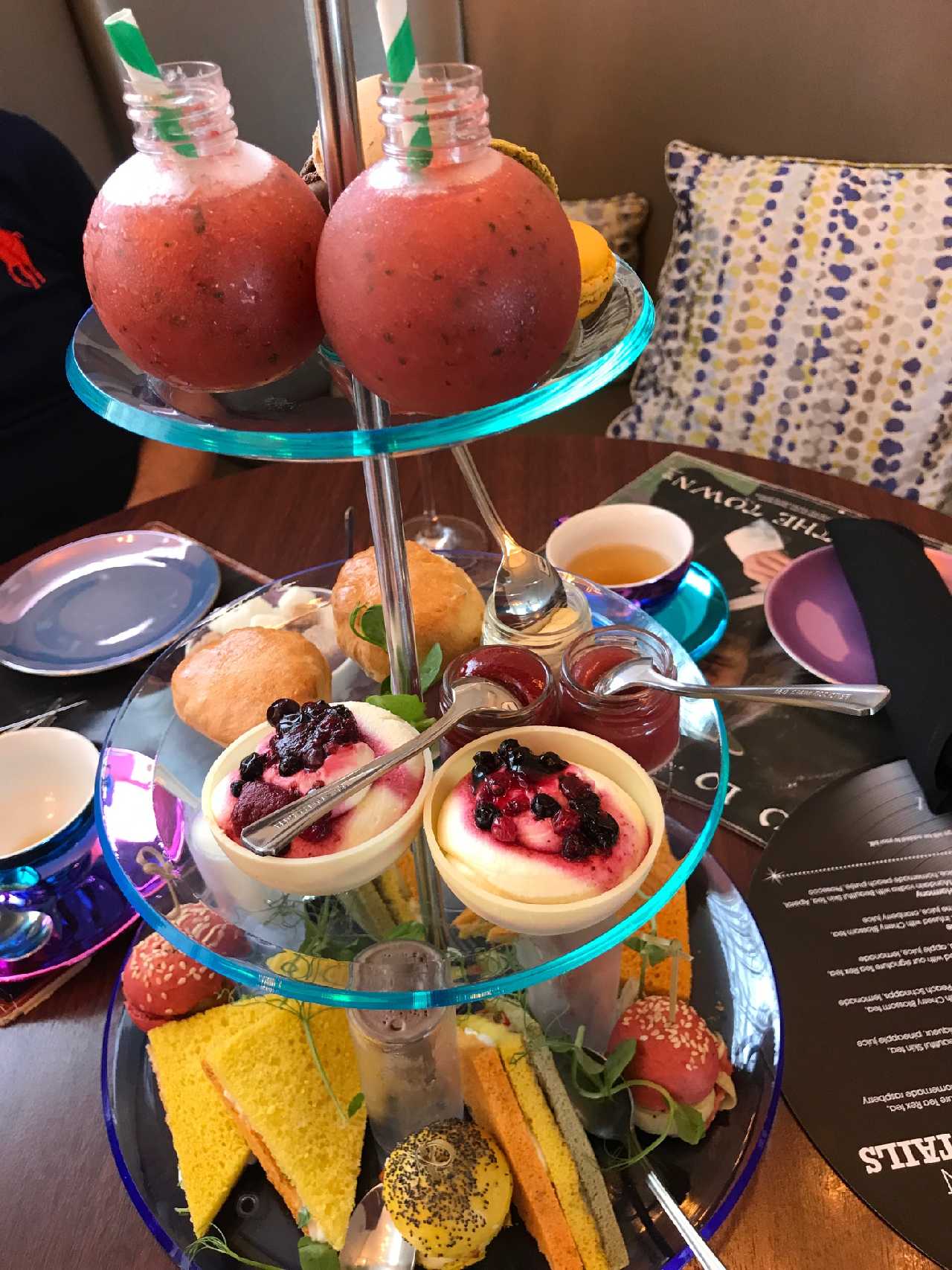 A tier of sandwiches for tea

And I got to enjoy a a most unusual cuppa. Tea was served in gorgeous electric blue and pink teapots and teacups on vintage record covers of different artists – mine was a Rod Stewart cover. 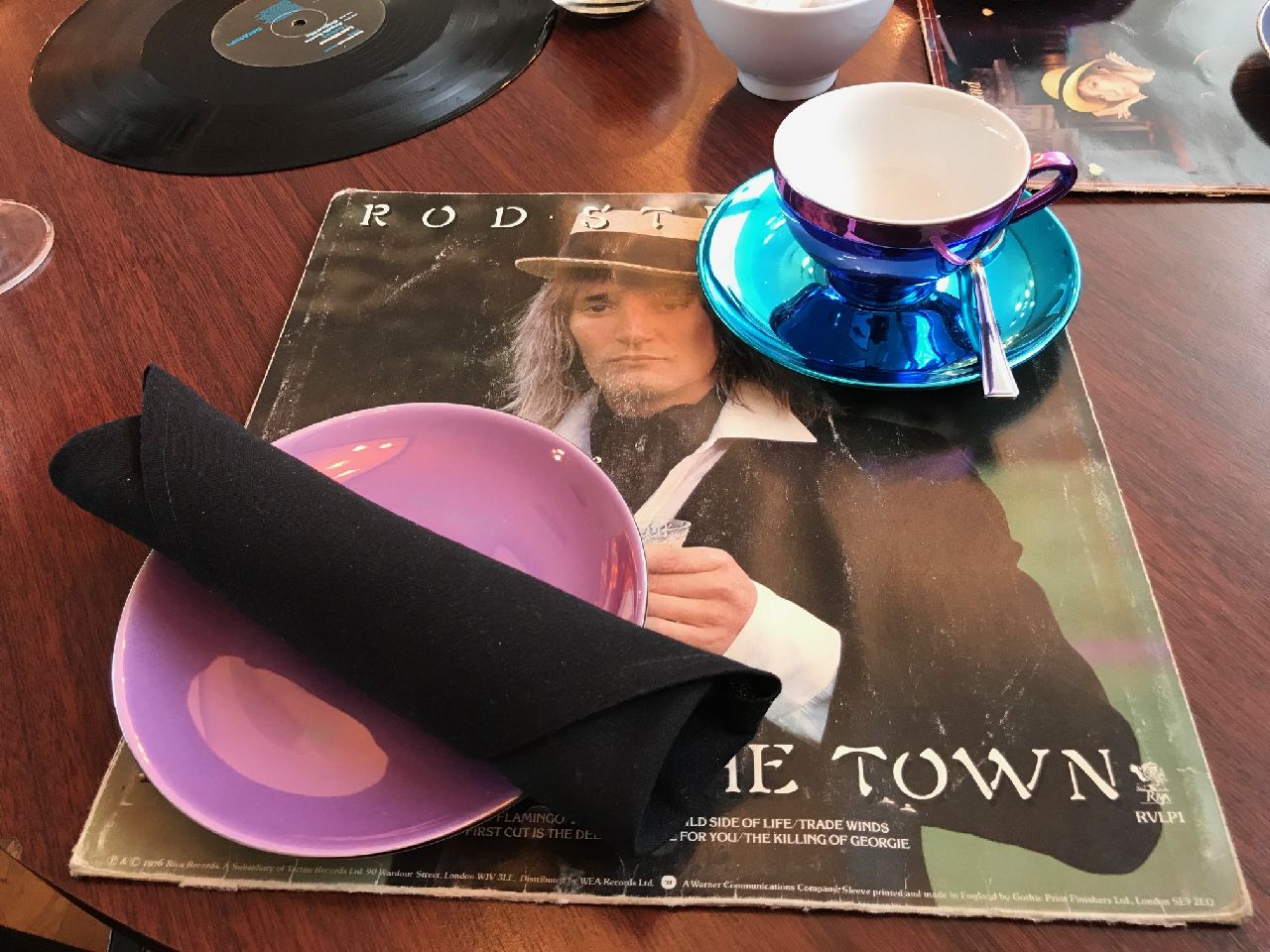 The food was a colourful extravaganza, almost psychedelic. Making my way up from the  bottom rung of the tier I started on mini-clubs sandwiches of avocado, red pepper and mozzerella and ham, chicken, mustard and cream cheese – and there were no crusts.

Interspersed with these were the rainbow brioche sliders which came with beef, guacamole and mustard mayo and halloumi with piquilo peppers and tomato salsa.

There were also mini buns with carmine and poppy seeds, chlorophyll and polenta. Amazingly when I asked for gluten free, they were able to oblige.

The next tier had the “rolling scones”. They came with clotted cream and various flavours of homemade jams. And sorbet cones. I don’t care much for clotted cream so I used the creamy cheesecake that was served in a white chocolate bowl instead. When offered a second helping of the scones, more rolled in.

The top rung had minted strawberry and watermelon mini-slushies which turned out to be a most unusual flavour – one worth getting used to as minted watermelon is the trend these days. There was also lovely selection of macaroons.

There are several teas on the menu and I tried their bespoke tea – Tea Rex. This is a mighty blend of strong black tea leaves and mellow green tea leaves, peony flowers, rose petals and more than a dash of peppercorns and cherry flavouring; a flavour the fiesty rock star Marc Bolan may well have liked.

Now imagine this as part of a cocktail infusion. There were six to choose from and I tried the “Little Miss Mystery”, a blend of Gordon’s gin infused with the strongly flavoured Tea Rex tea, Quinta Tempranillo, agave syrup, raspberry and strawberry puree. It’s a bit of a wow and the flavours blasted me out of my comfort zone. For more familiar sensations I ended the tea with a trusty Prosecco.

The tea lasted an entire afternoon and offered plenty of eye-candy, novelty and new adventures for the palate. An enjoyable experience especially for couples.

When: The afternoon teas at K West Hotel & Spa are available every day in the afternoon, and from Sunday to Thursday they are also available between 10pm and midnight as a ‘Midnight Tea’.

Note: A Prosecco Festival Afternoon Tea is available for £36, and the Rock ‘n’ Cocktails Festival Midnight Tea is priced at £40.50. This cocktail tea will include a selection of five shots of cocktails, or one cocktail each. All tipples are made using different flavours of fruit tea. New summer cocktails include ‘Hula Kula’ with Smirnoff vodka infused with Beautiful Skin Tea, Malibu, MB Banana Liqueur and Pineapple Juice; or ‘Cheery Harmony’ with Absolut Mandarin Vodka, Beautiful Skin Tea, Aperol, Lime Juice, Peach Purée and Prosecco.