The festival of Rakhi and a symbol of friendship

As a child on holiday in Spain, I made a friend who gave me some bright red string to remember her by. I wore it till it wore out. But the memory lingers on many years later.

The giving of the friendship bracelet was made popular in the 1970’s in South America though when I did a quick scan on Wikipedia I was surprised that this can be traced back to China from 481 to 221 B.C.

Some years ago when visiting Jerusalem, where friendship bracelets are readily available, my mother asked me to bring back a few, in particular those with the protective all-seeing eye and the Hamsa (an open right hand used as a sign of protection throughout history, to provide defence against the evil eye). She wanted to give them to her friends before she passed as an expression of her love.

Today is the Indian festival of Rakhi – a celebration of love and brotherhood between siblings and loved ones.

Also known as Raksha Bandhan, which means “knot of protection”, during the festival a sister ties a coloured silk bracelet around her brother’s wrist to symbolise her love for him and his acceptance in return shows that he is prepared to offer his lifelong protection to her.  Often simply referred to as Rakhi, after the name of this ceremonial bracelet, this beautiful ritual has now found its way into the secular world.

You don’t have to be a sibling to celebrate and close friends may become honorary siblings simply by enacting the ritual and accepting the rakhi.

So, when British jeweller’s Astley Clarke told me about their friendship bracelets inspired by the festival of Rakhi, I was inspired to take a closer look.

A range of friendship bracelets from Astley Clarke

Each bracelet from their Biography collection is crafted from coloured gemstones beads and features a different charm with a unique meaning – including the all-seeing eye for Wisdom, so that you can choose the bracelet most personal to yourself or a friend. So delicate yet so colourful, these bracelets say so much – their mere presence on your wrist tells the world that someone loves you. It’s a symbol understood wherever you are in the world and for me it stirred up some wonderful memories.

The festival of Rakhi is celebrated on the full moon in the month of Shraavana the lunar calendar which this year is on August 18th. 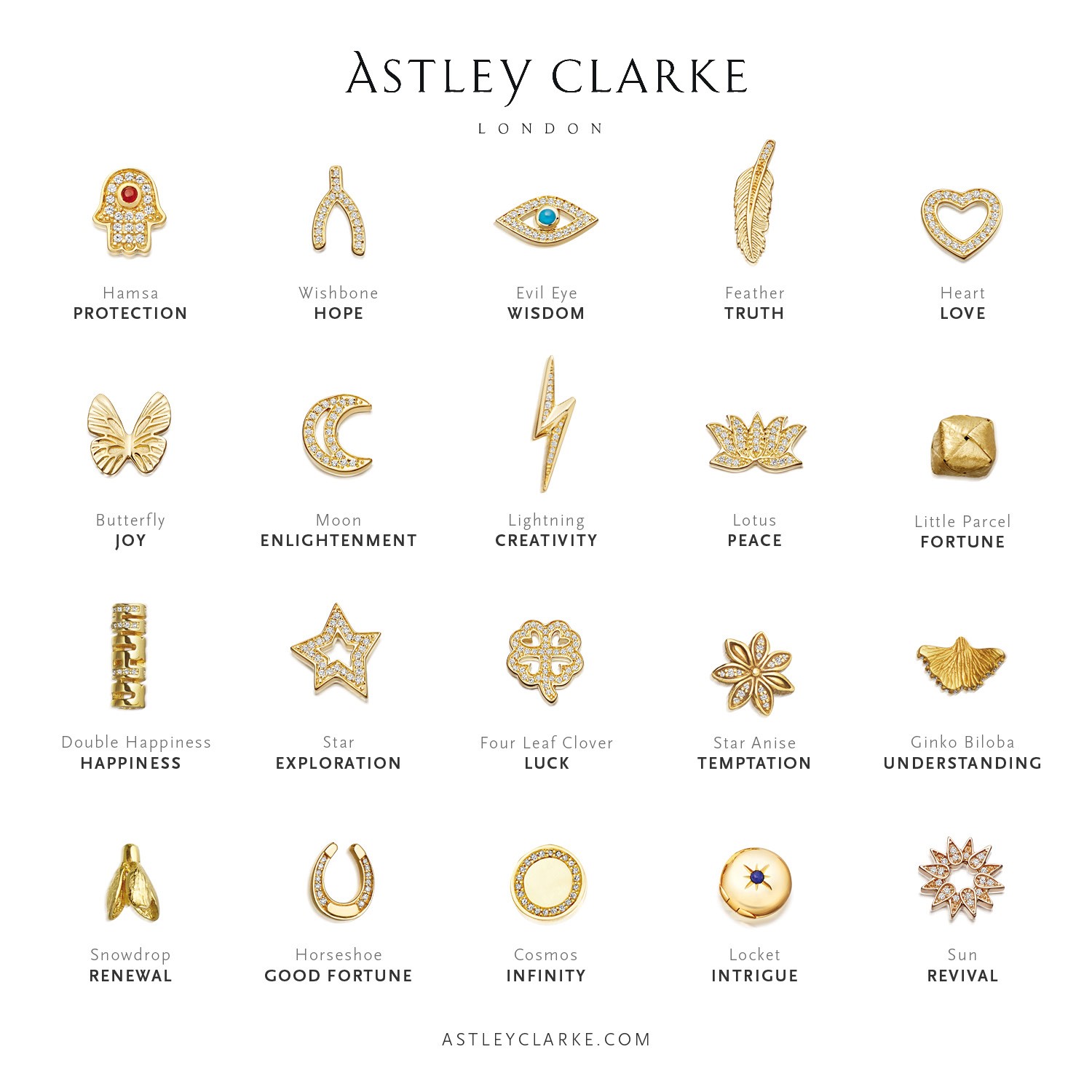 The various symbols that can be used on a friendship bracelet

Disclaimer: this article is sponsored by Astley Clarke