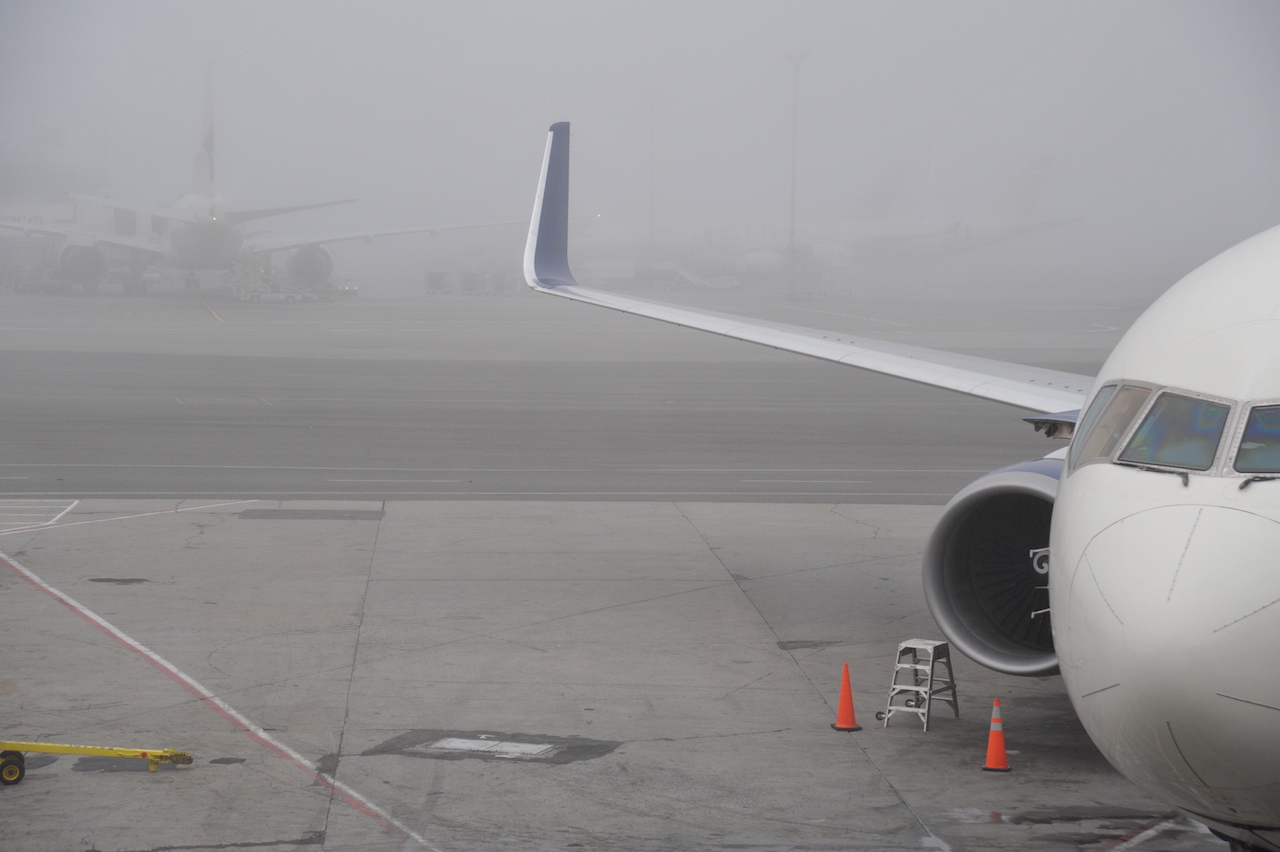 Severe weather conditions in the UK has grounded flights and ferries causing travel misery. Freezing fog and reduced visibility has forced Heathrow airport to cancel approximately 100 out of about 1,300 flights, according to a spokesman.

With Heathrow operating at more than 99 per cent capacity, there are no gaps in the schedule that can be used for delayed flights and as a result, some passengers may experience disruption to their journeys today.

Passengers should check their flight status with their airline before coming to the airport. As always, Heathrow’s top priority is the safety of passengers and we apologise to those whose travel has been affected by today’s weather.

So far Gatwick airport has reported one flight cancellation but those flying out from Stansted and Edinburgh airports have been told to check for delays.

Wightlink Ferries have been suspended between Lymington, Hampshire, and Yarmouth, in the Isle of Wight.

The Met Office yellow “be aware” warning is in force until Wednesday morning.

Have you been affected by the cancellations? Leave a comment

Top 10 things to see and do in Shanghai