Top 10 things to see and do in Shanghai 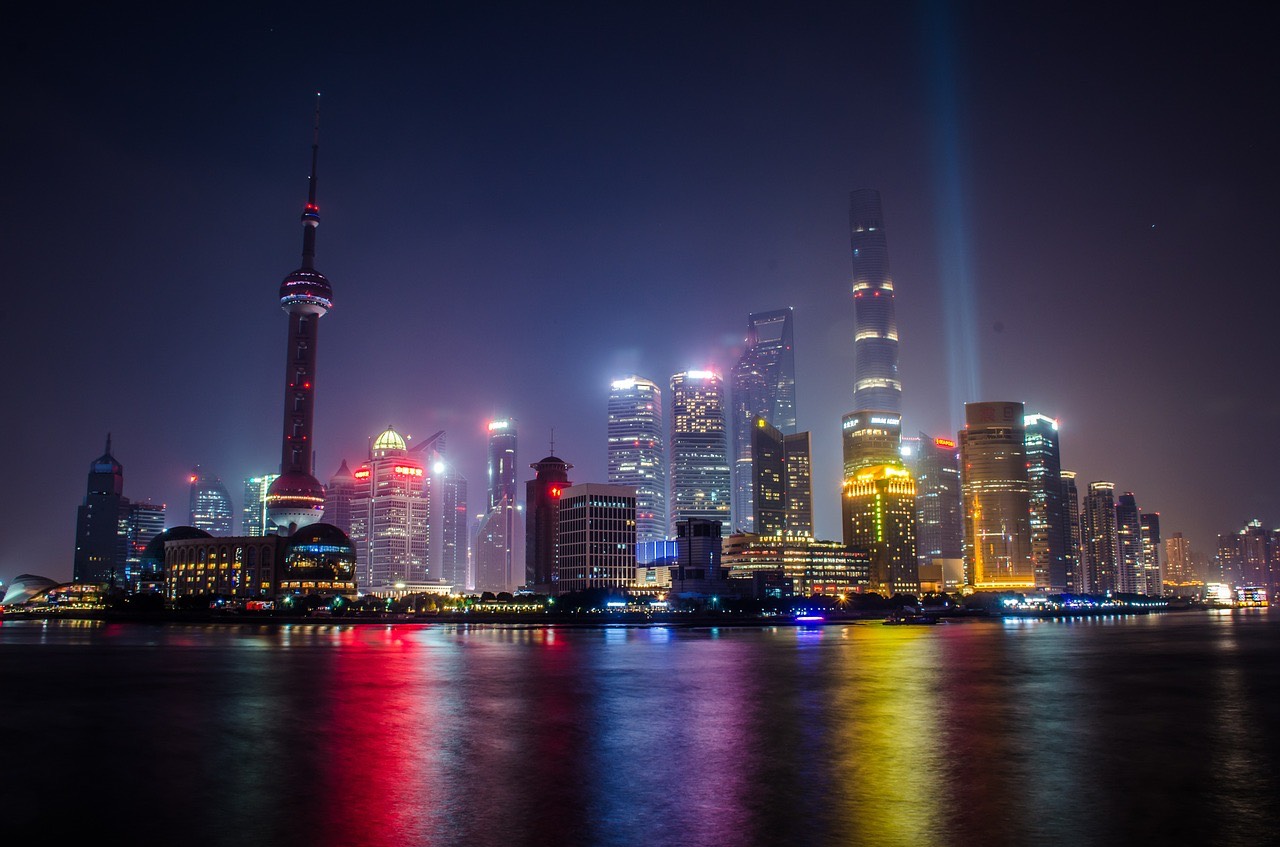 Forget Beijing and move past Hong Kong: Shanghai is not only the most populous city in the world but also a vibrant melting pot of cultures, a city of rich history, a Mecca for the arts, and an unrivalled destination for designer shopping and gastronomy. There’s nowhere else like it in China, nor anywhere else in the world. And very accessible – Virgin Atlantic operate direct flights from Heathrow.

Built at the mouth of the Yangtze River, Shanghai has always been the gateway from China’s agricultural heartland to the outside world. Even when the rest of the country was closed to outsiders, Shanghai was a free port packed with foreign merchants and missionaries, intellectuals, artisans, spies, and those just chancing their luck. The exciting city they have collectively created offers something to enthrall every kind of visitor.

Read on for our 10 must see and dos in Shanghai. 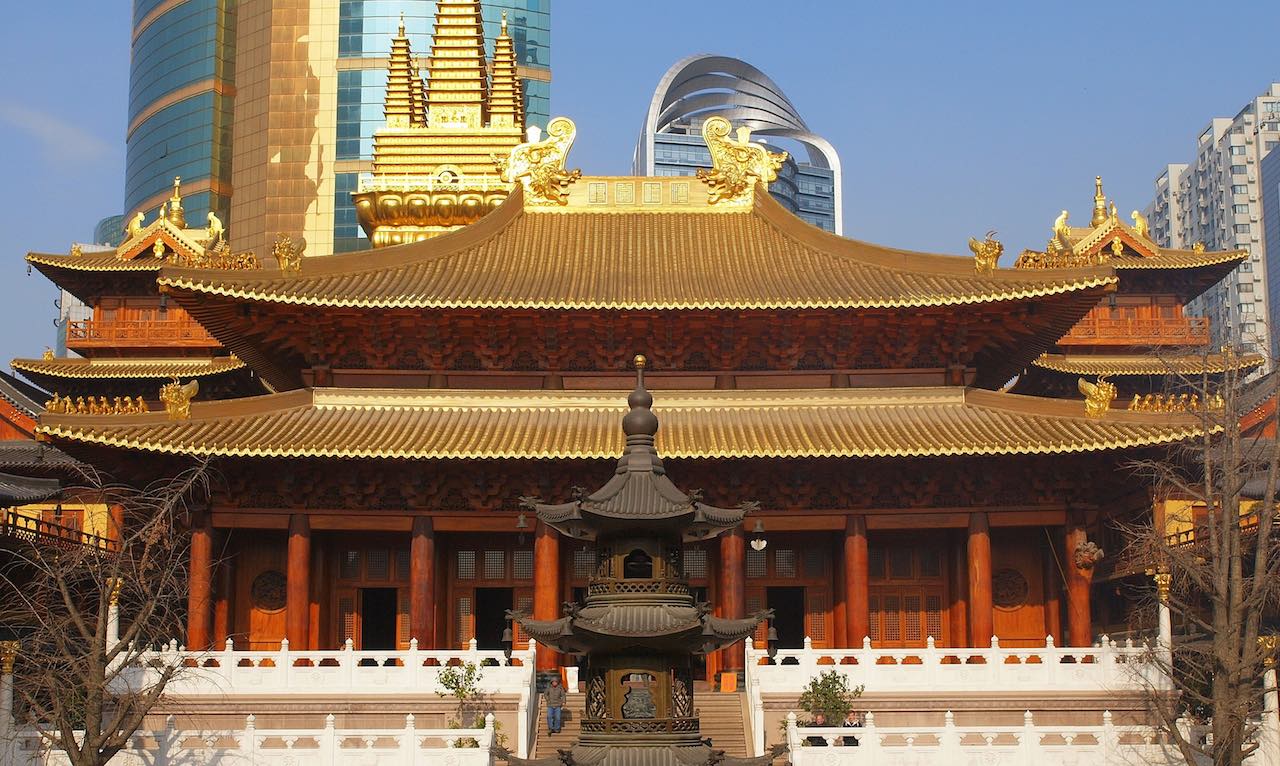 The oldest site in Shanghai, the Jing’An Temple dates from 247 AD. With the skyscrapers and strip malls, traffic and bright lights, it can be easy to forget that Shanghai’s history dates back thousands of years, so remind yourself with a visit to the Buddhist Temple of Peace and Tranquility.

The temple wasn’t always here: it was moved to Shanghai from Suzhou (see below) in the 13th century, and it has been rebuilt several times. There are multiple halls, 1500-year- old stone buddhas, camphor wood statues, copper bells, and the largest jade buddha in China.

The temple is right on top of the Jing’an Temple Station, an intersection of the Shanghai Metro, so it’s easy to reach by public transport. 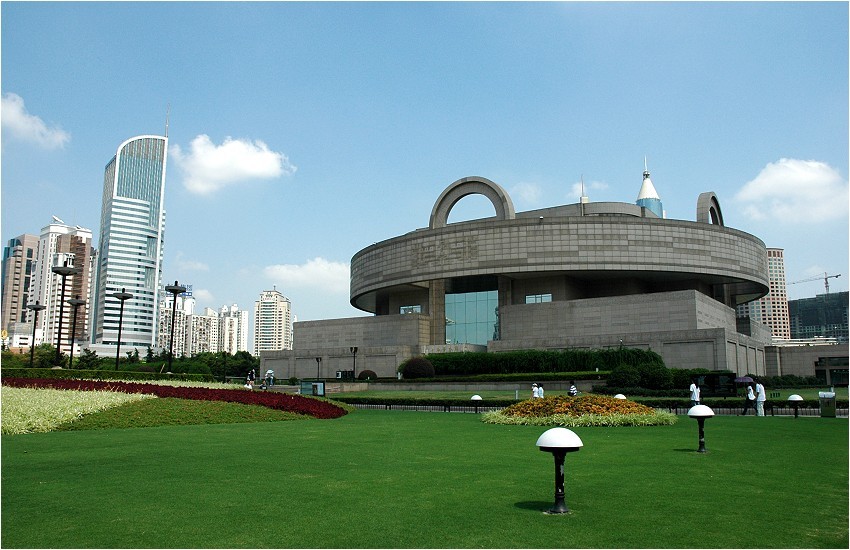 At Shanghai Museum you will find one of the best historical collections in China. There are archaeological finds in some of the galleries, but for fans of the visual and applied arts the real attractions are the ancient jade carvings, calligraphy, and bronzes.

The museum has more than 120,000 artefacts and they’re displayed in a purpose-built museum with 11 separate galleries and several temporary exhibition halls. Like the British Museum or Louvre, you can’t expect to see everything in one day, so you’ll have to prioritise the areas which interest you. For most people this would be the galleries of jade, sculptures, and ceramics. 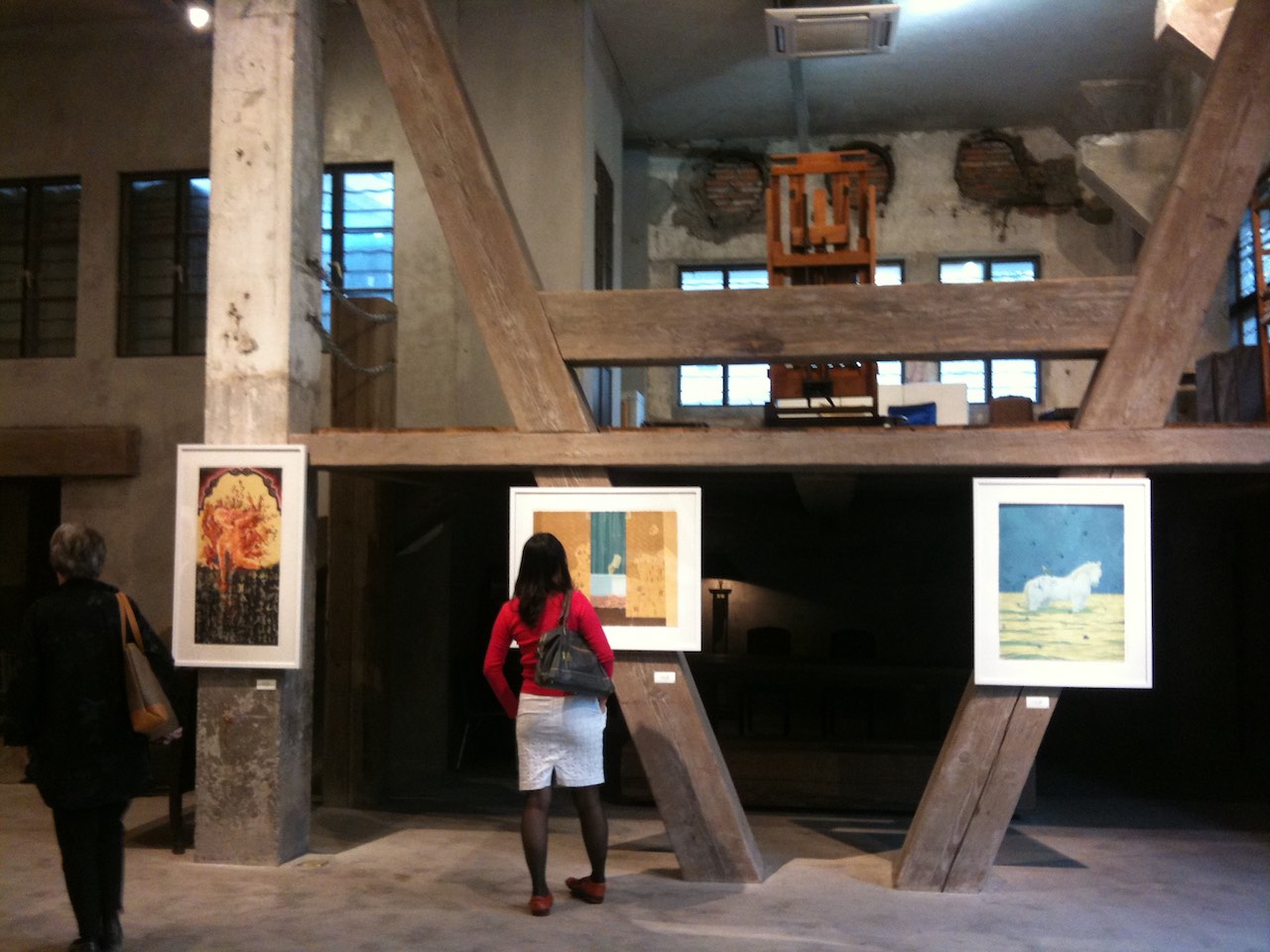 Although it sounds like a motorway, M50 is Shanghai’s contemporary art district, a neighbourhood of more than 100 artists’ studios, boutiques, and exclusive private art galleries. ShangArt and OV Gallery showcase the big names in Chinese contemporary art — the country’s answers to Damien Hirst and Tracy Emin — but even if you haven’t got big bucks to spend, you can still wander into the studios and see the artists at work. The area has a laid-back feel and there are plenty of artists and students living and working in the converted warehouses, factories, and other industrial units.

Cruise on the Huangpu River 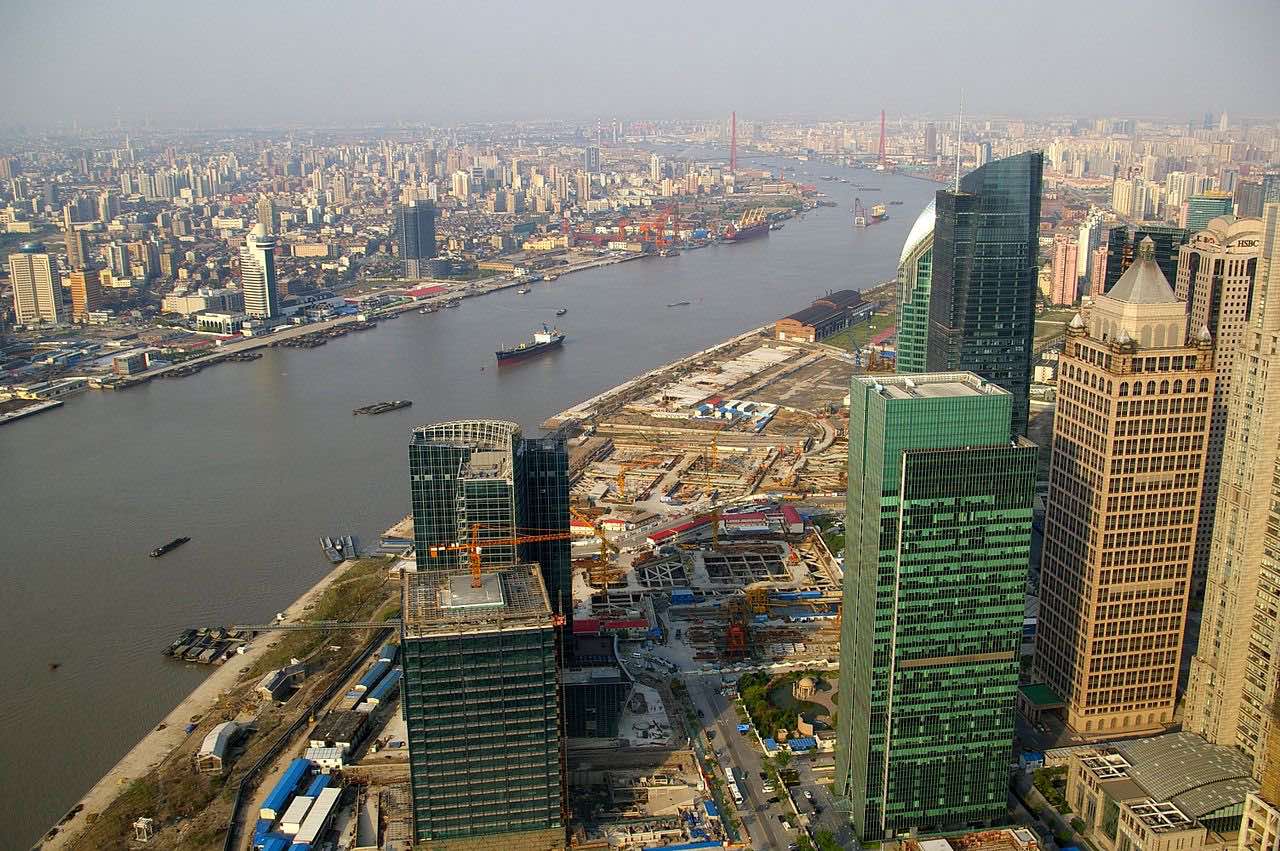 Like many cities, Shanghai looks like a completely different city from the water, so it’s well worth taking a cruise along the Huangpu River. There are daytime guided tours when you can learn about the city’s trading history and the buildings along the waterfront: as much as one-third of all China’s annual trade is conducted here.

But after dark Shanghai has a different look entirely, a little quieter and somehow more romantic. Shanghai Huangpu River Cruise Company does night cruises, and there are also a number of boat companies offering dinner cruises, so you can dine in style as the city passes slowly by the window. 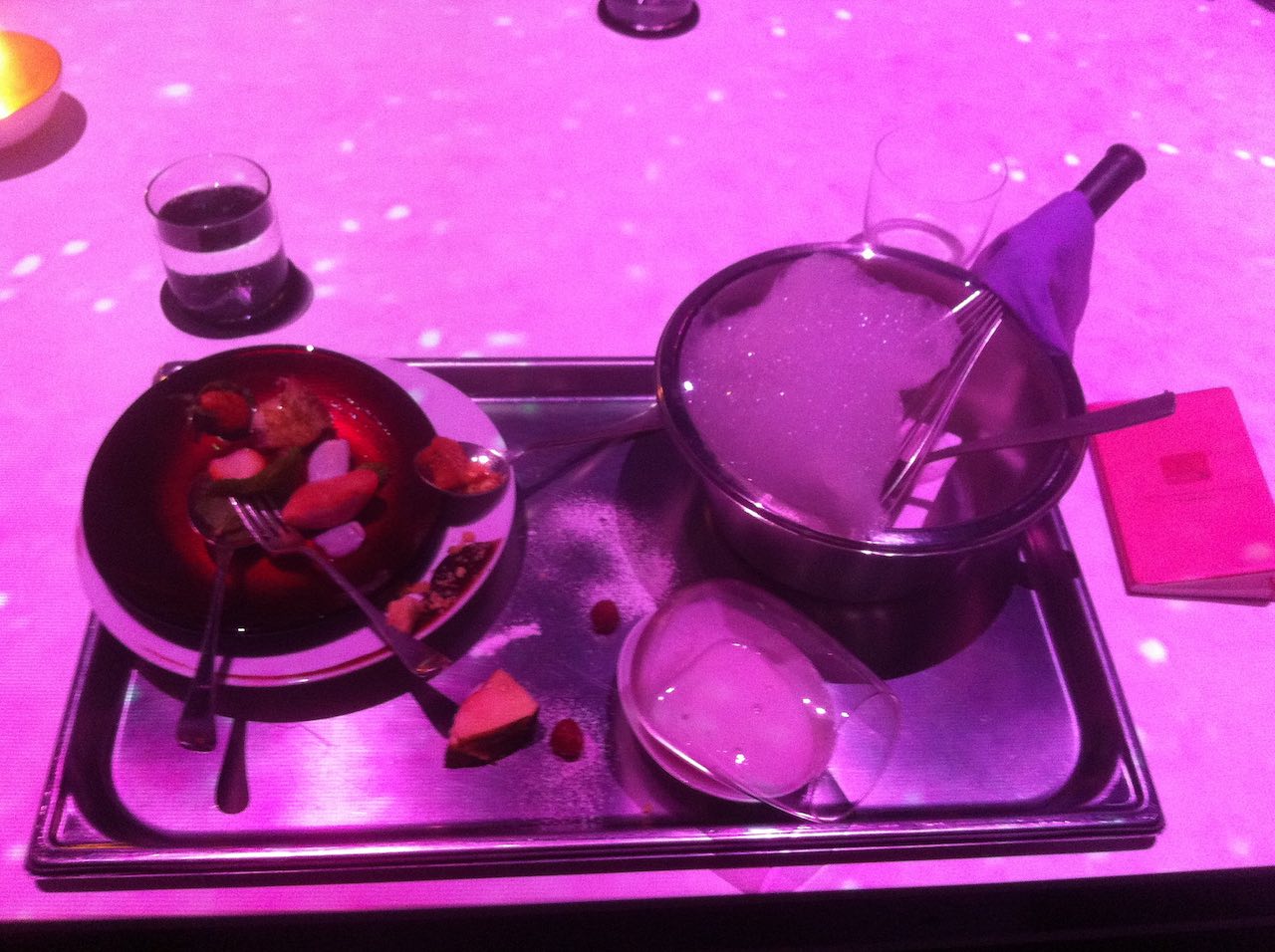 A restaurant would rarely make a Top 10 list of what to do, but Ultra Violet is no ordinary restaurant: it currently ranks #42 in the best restaurants in the world. Chef Paul Pairet is a pioneer of what he calls “psycho-taste” — a mixture between fine dining and multi-sensory technology.

There are only 10 seats available at the table each night, so you’ll need to book well in advance, but with 20 unique courses on the set menu, you’re in for an unforgettable time. 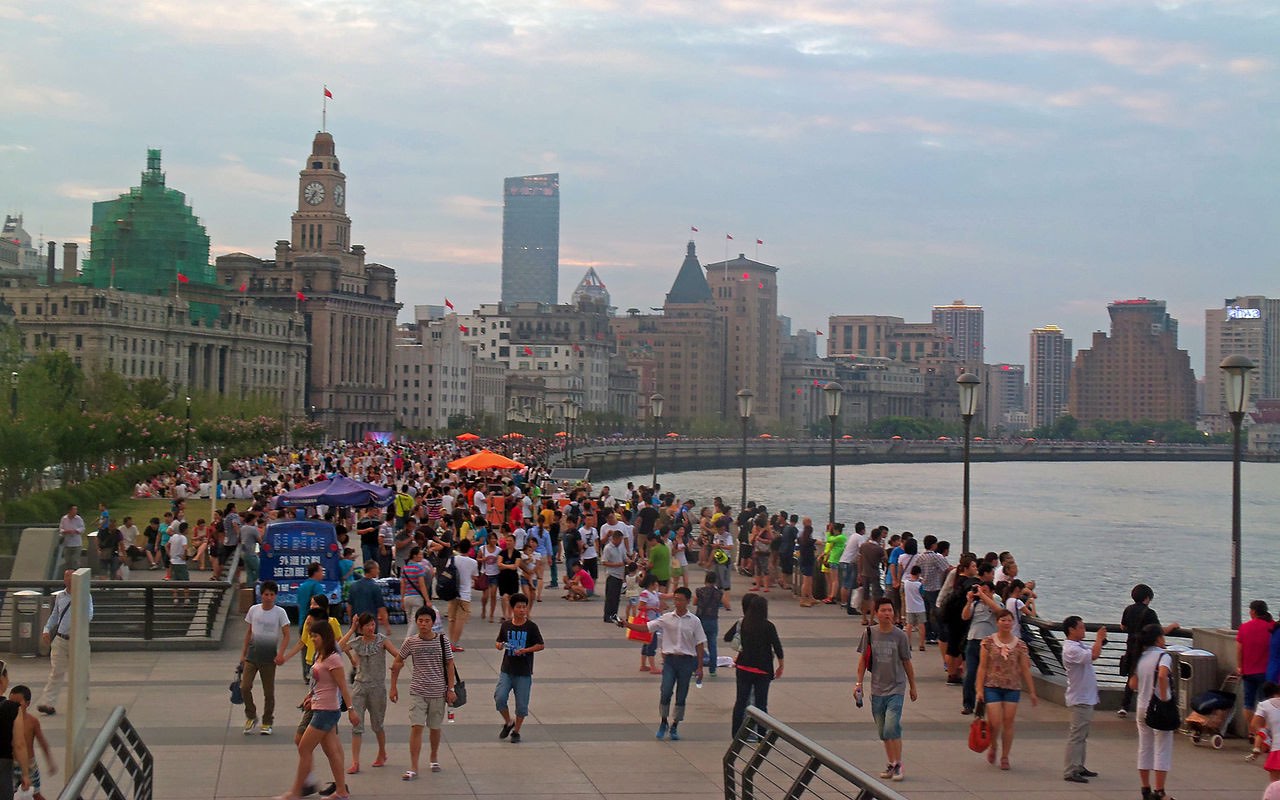 The Bund is the waterside road which runs along the Huangpu River. It has 52 extroarindary historic buildings in a variety of architectural styles including Romanesque and gothic revival, renaissance, and neo-classical. Highlights include the original HSBC headquarters — declared to be “the most luxurious building between the Suez Canal and the Bering Strait” — and a replica of Big Ben at Customs House.

The best way to see The Bund is by strolling along the street, however a number of the buildings are open to the public if you want to step inside. The Fairmont Peace Hotel is an Art Deco masterpiece replete with chandeliers and gilt, Rolex’s flagship stores is inside the old Jardine Matheson Building, and The Peninsula Shanghai has a designer shopping arcade, five top-end restaurants, and a spa. 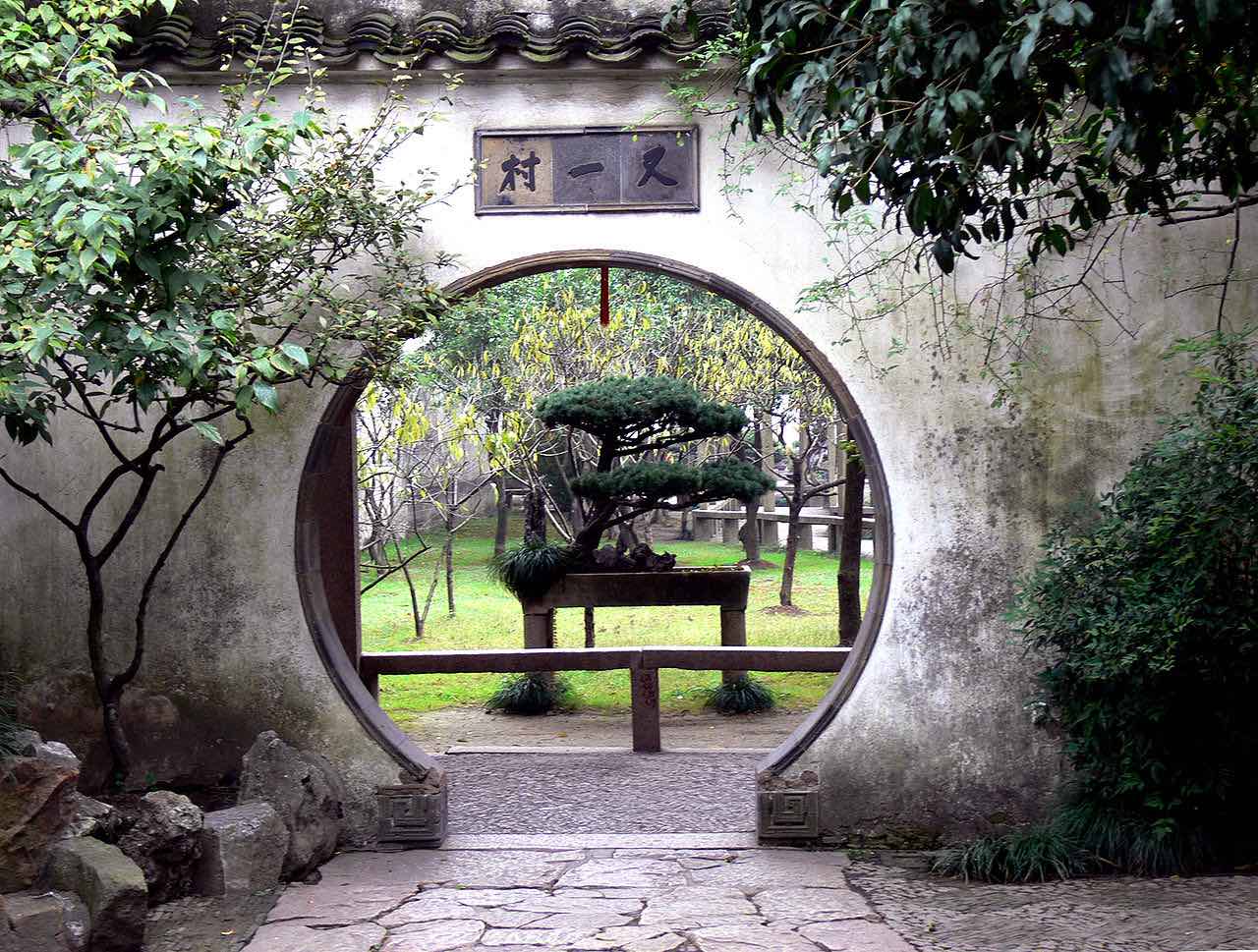 Technically outside Shanghai but easily accessible on a day trip, this UNESCO World Heritage Site is a collection of nine gardens which date more than a thousand years. The aim of their original designers was to recreate the natural landscape in miniature, but they are also physical manifestations of Chinese philosophy.

The Humble Administrator’s Garden is regarded as the finest garden in China, so hardly that humble after all. It was first built in the 12th century and includes pavilions and bridges over an interconnected series of pools and islands. We also love the tiny but romantic Couple’s Retreat Garden, accessibly from the canal by boat, and the Lion Grove Garden with its impressive grotto and lion-shaped rocks. 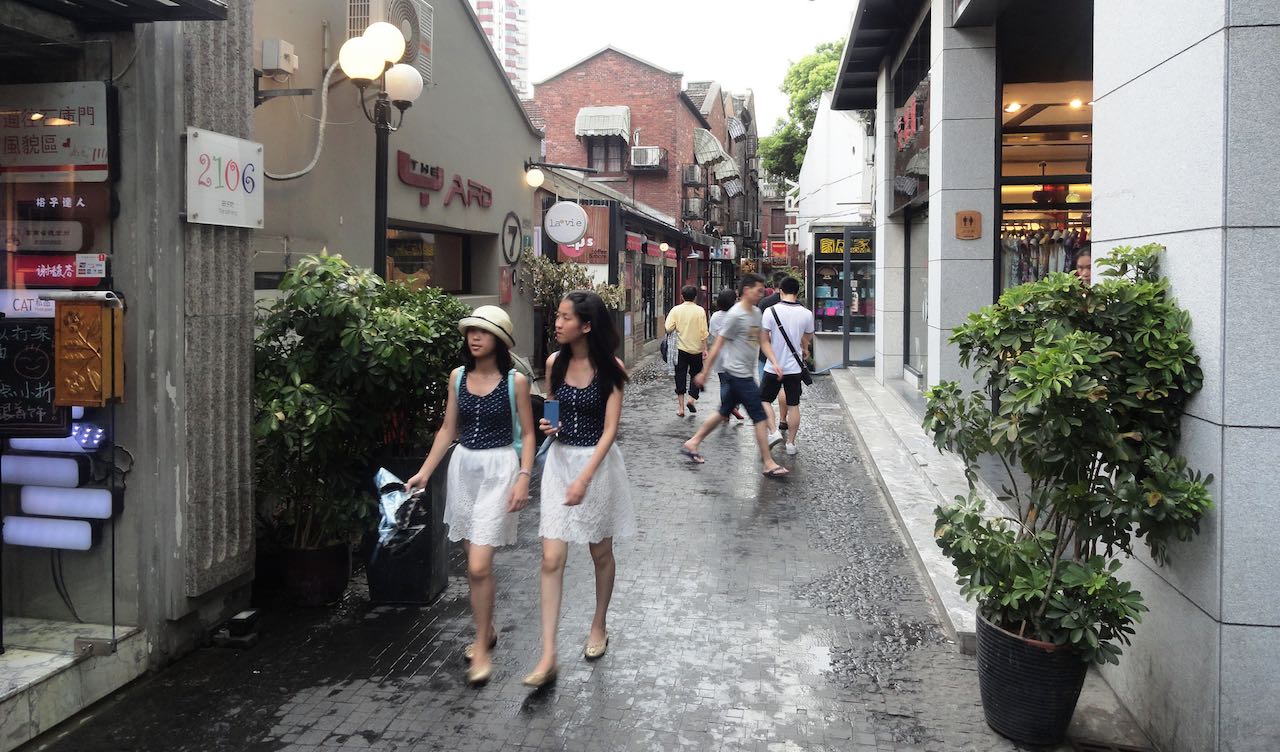 When foreigners first lived in Shanghai, they were limited in where they could go. The French Concession was a permitted area, and has preserved its cosmopolitan atmosphere and 1920s architecture. This is the cool part of town. Come here for galleries and artisanal delicatessens, one-off fashion boutiques and outdoor performance spaces. Think of it as Shanghai’s answer to London’s Shoreditch, but in rather more salubrious surroundings. 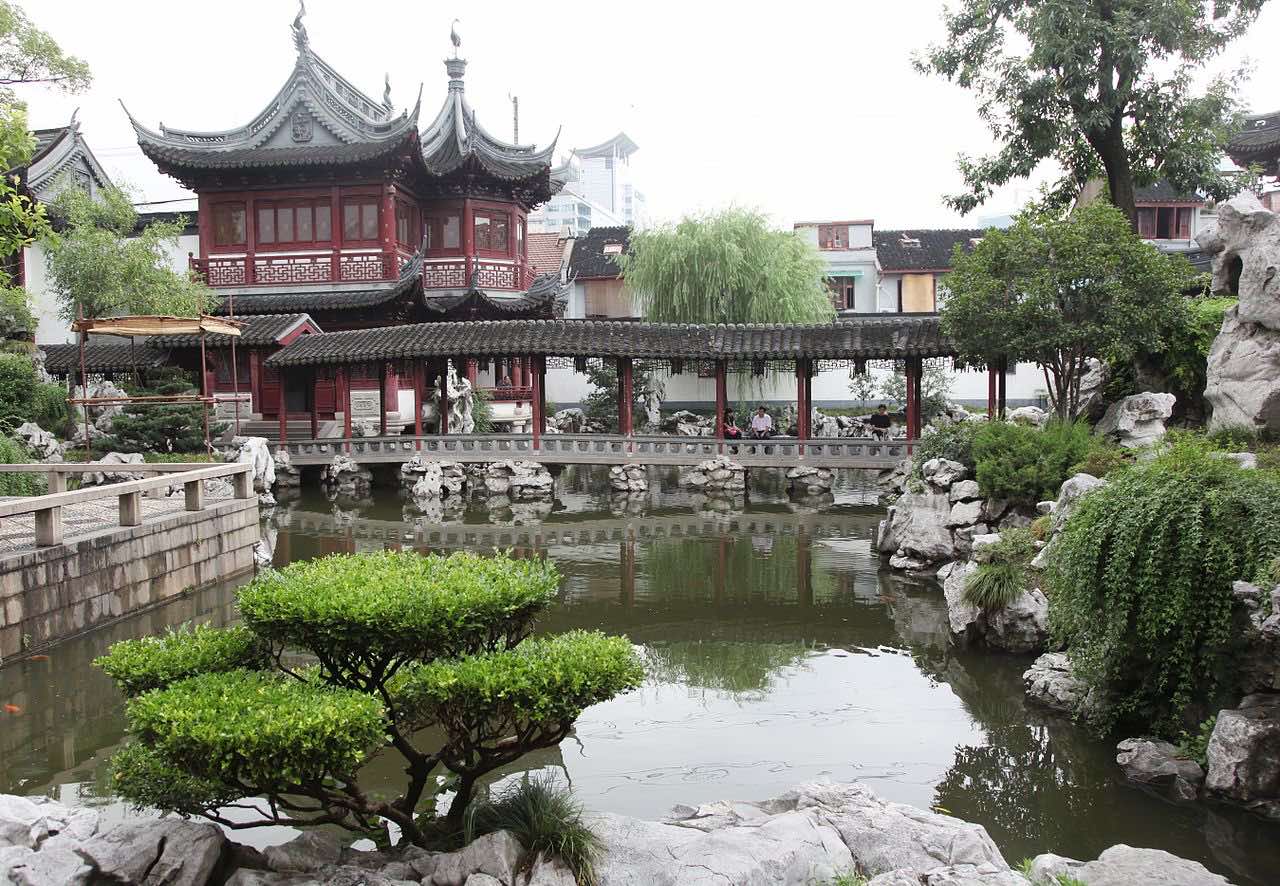 Amidst the chaos of Shanghai is a haven of calm, the Yu Gaden in Shanghai’s Old City. Built alongside the City God Temple — dedicated to the spirit guardians of the city — the garden dates from the Ming Dynasty in the 16th century.

The Yu Garden has been open to the public since 1780, though it has had to be restored a number of times. The Pavilion of Listening to Billows, reflected in a pool of water, is especially photogenic, and you can also see jade rocks, crooked bridges, dragon statues, and large numbers of koi carp. 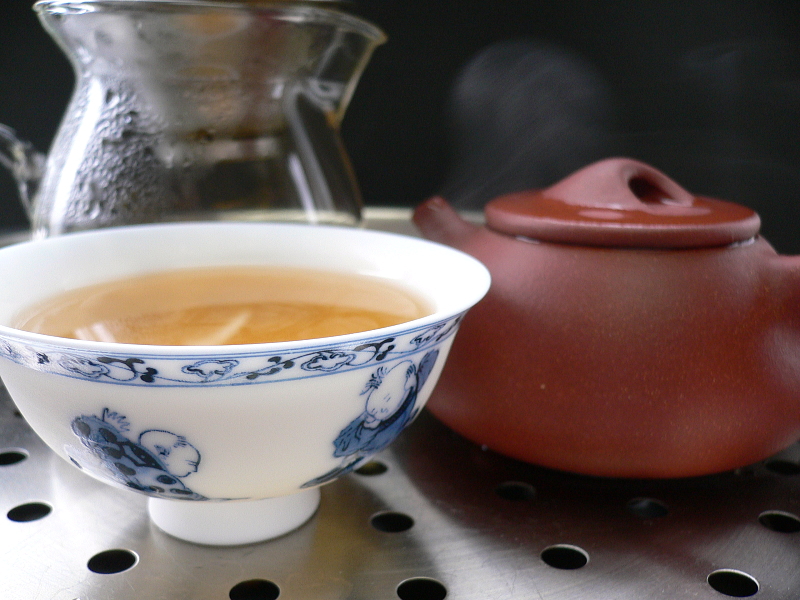 Tea is the nectar of the gods, and as the Chinese have been making and drinking it for at least 5,000 years, they probably know a thing or two about the world’s most popular beverage. Visit the Fenghui Tang Teahouse (19 Wengchang Rd) for a masterclass in the way of tea. This gorgeous tea house is richly decorated with Chinese art prints and curios, and there is a designated sampling area where you can taste the different teas and learn about their characteristics and how to prepare them.

If your palate is prepared to go beyond PG Tips to discover a menu of Chinese teas stretching from the fermented Pu-erh (said to be good for weight loss) to the fragrant jasmine. 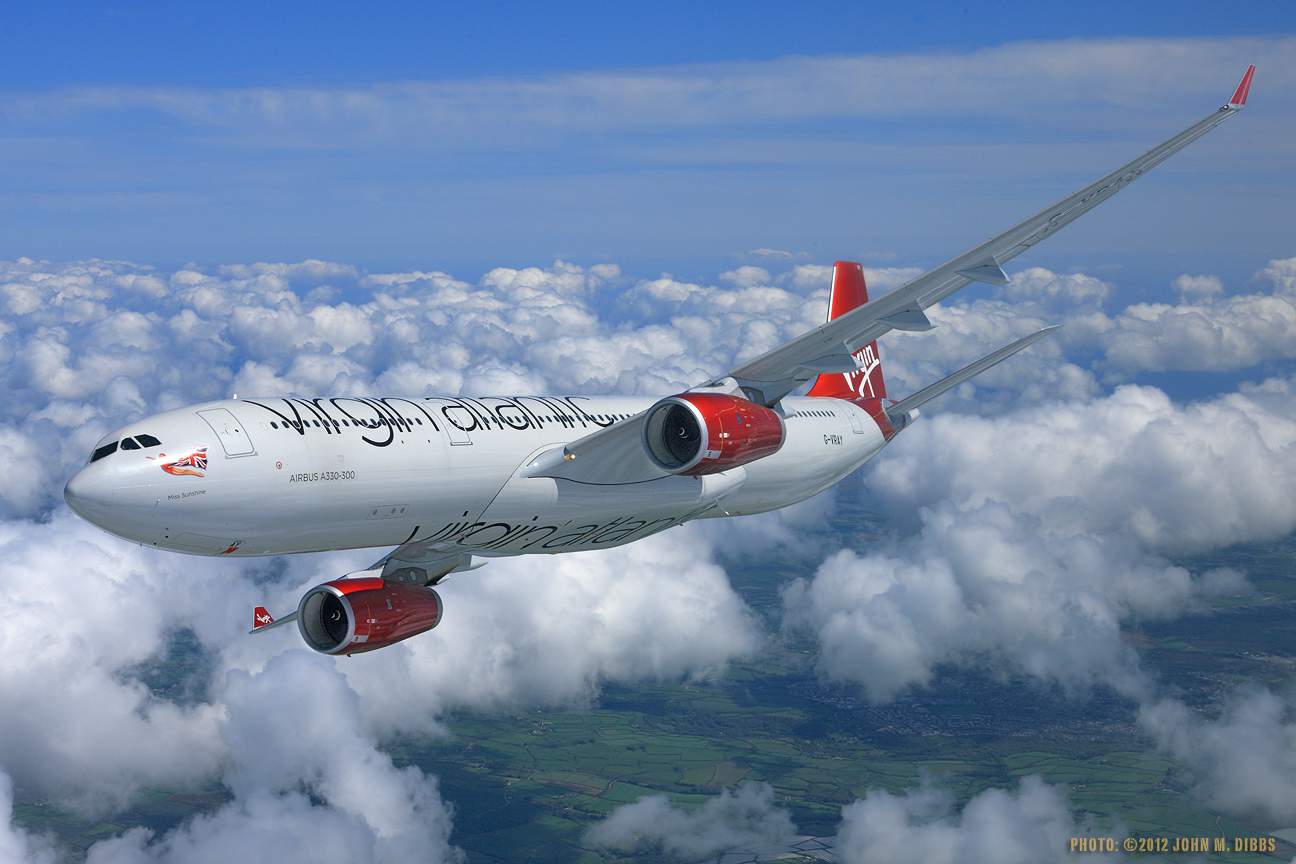 Read next: How to celebrate the Chinese New Year in Hong Kong