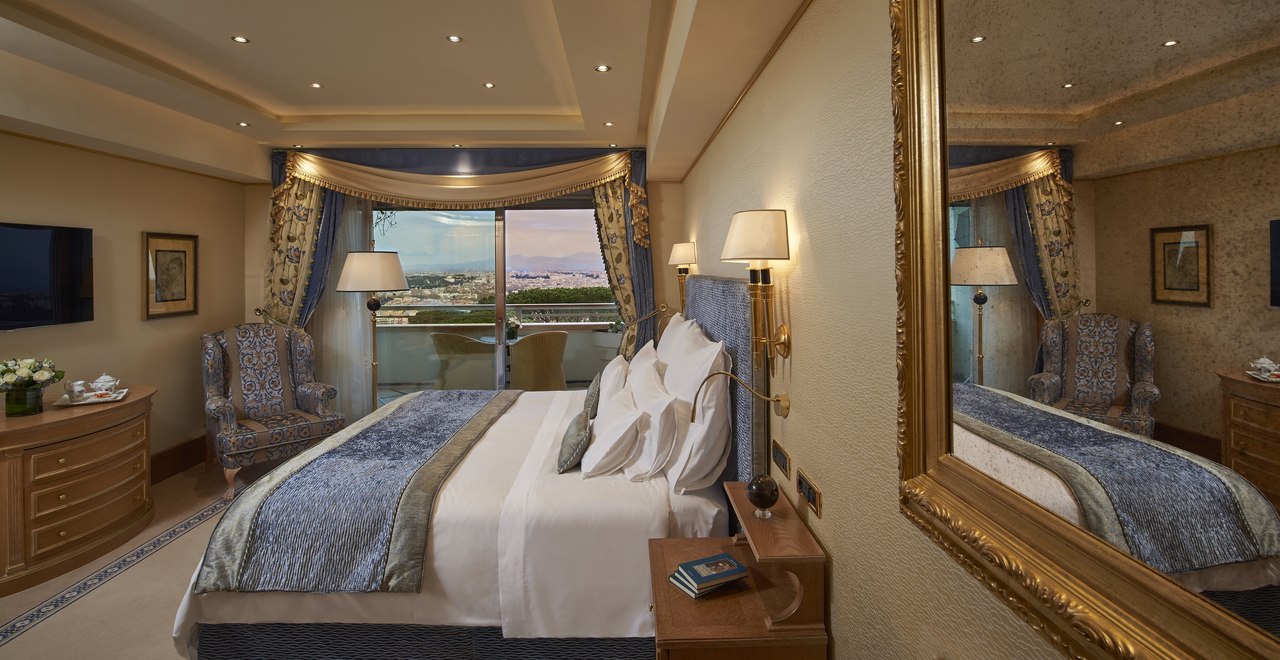 The Vatican Museums, Galleria Borghese, Palazzo Massimo, the Capitoline Museums, Rome boasts some of the most important art collections in the world. But what few people know is that one of the most significant – and valuable – private art collections in Europe is not in a museum at all, but decorating the walls of the Rome Cavalieri Waldorf Astoria hotel. 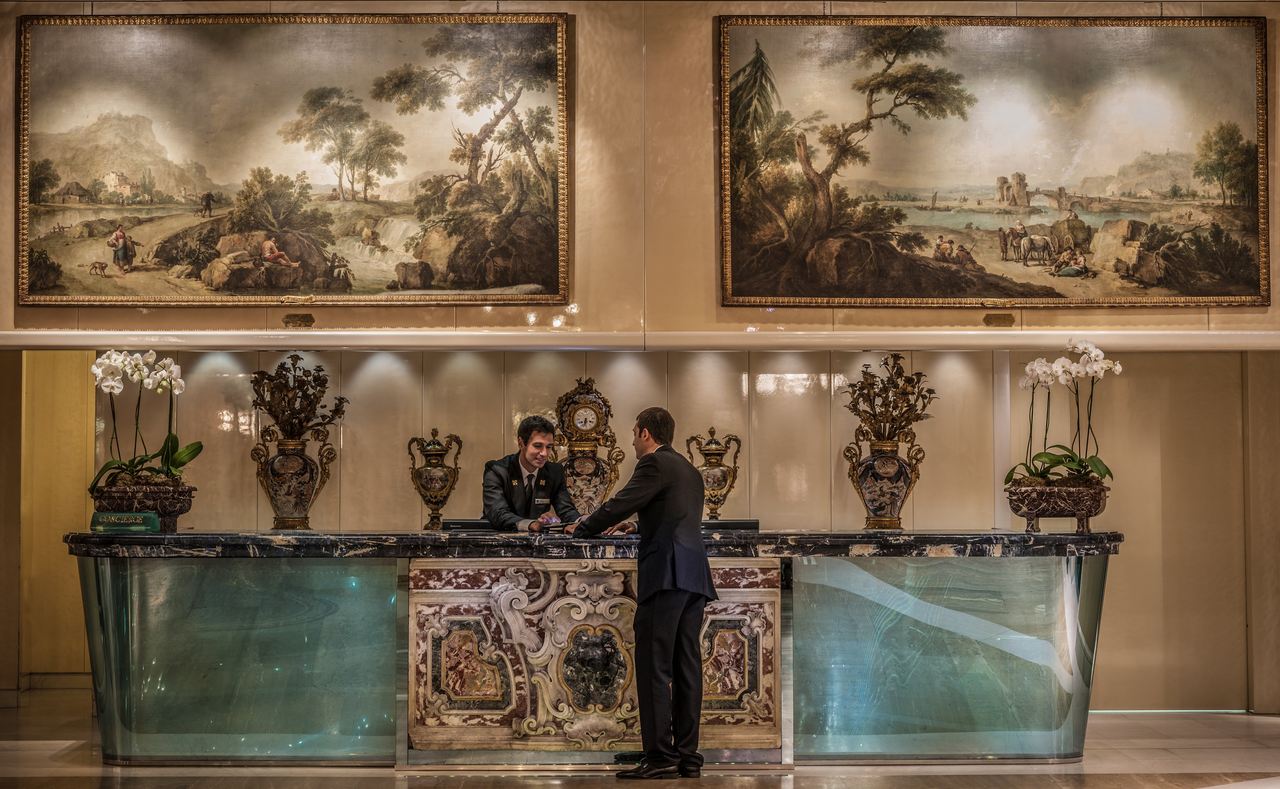 Rise up into the hills above The Eternal City to discover this cultural treasure trove. From the balconies and many of the rooms and suites, you’ll look down on St Peter’s and the most famous landmarks in Rome. 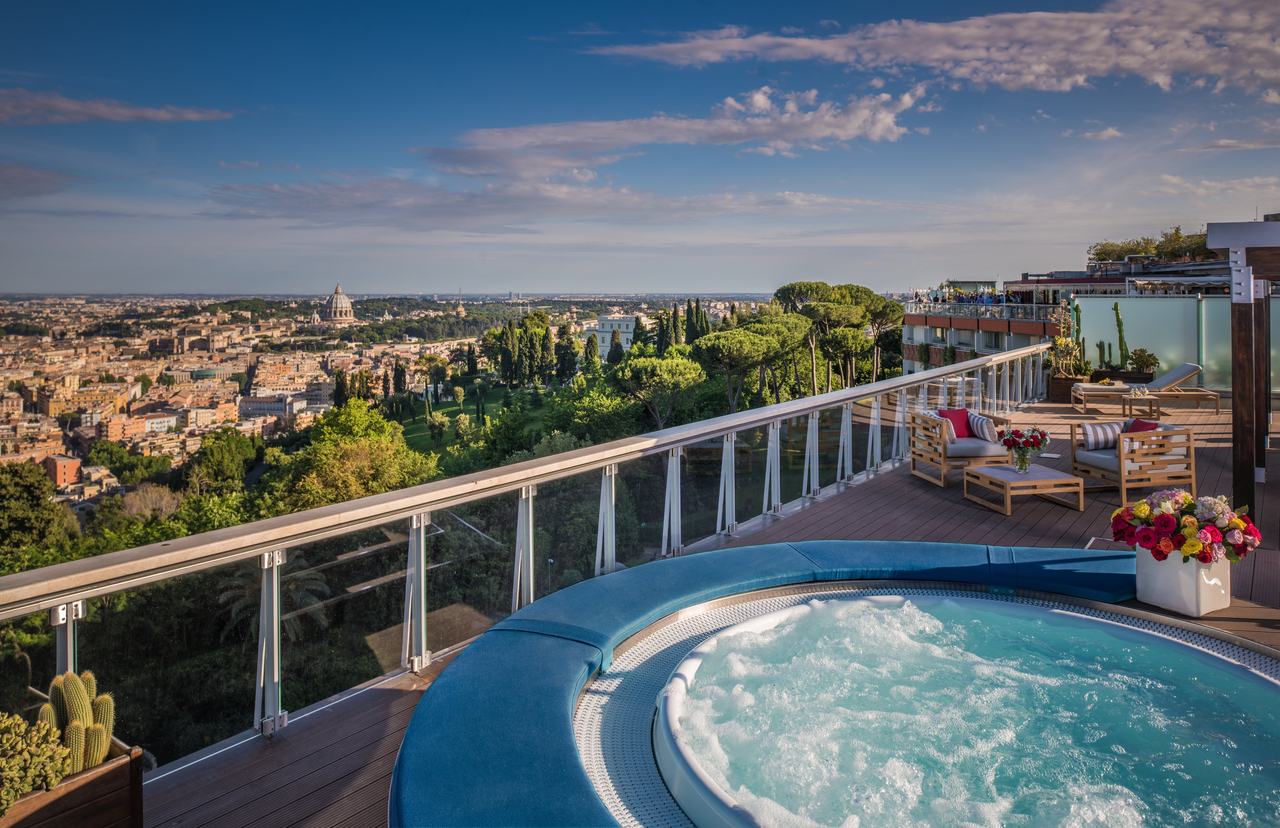 The stunning, ancient panorama is spread out before you, and yet you’re wonderfully removed from the noise and crowds of the city.

The Rome Cavalieri has to be the first choice for art lovers visiting Rome. The hotel owns around 4,000 paintings, sculptures, and antiques, 1,000 of which are on show.

Giovanni Battista Tiepolo’s oil painting Odysseus finds Achilles is so historically significant that it’s not allowed to leave Italy, and it dominates the hotel lobby: there’s a layer of bulletproof glass to protect it, but other than that you can sit right beside it, admiring the brush strokes as you sip your morning coffee.

Elsewhere in the hotel, you can see ballet costumes which belonged to Rudolf Nureyev, Giuseppe Bazzani’s Judgement of Paris, and contemporary works by Andy Warhol.

The hotel has its own art historian, so if you’re keen to learn more about the artistic masterpieces you’re looking at and the painters who created them, ask for a guided tour. 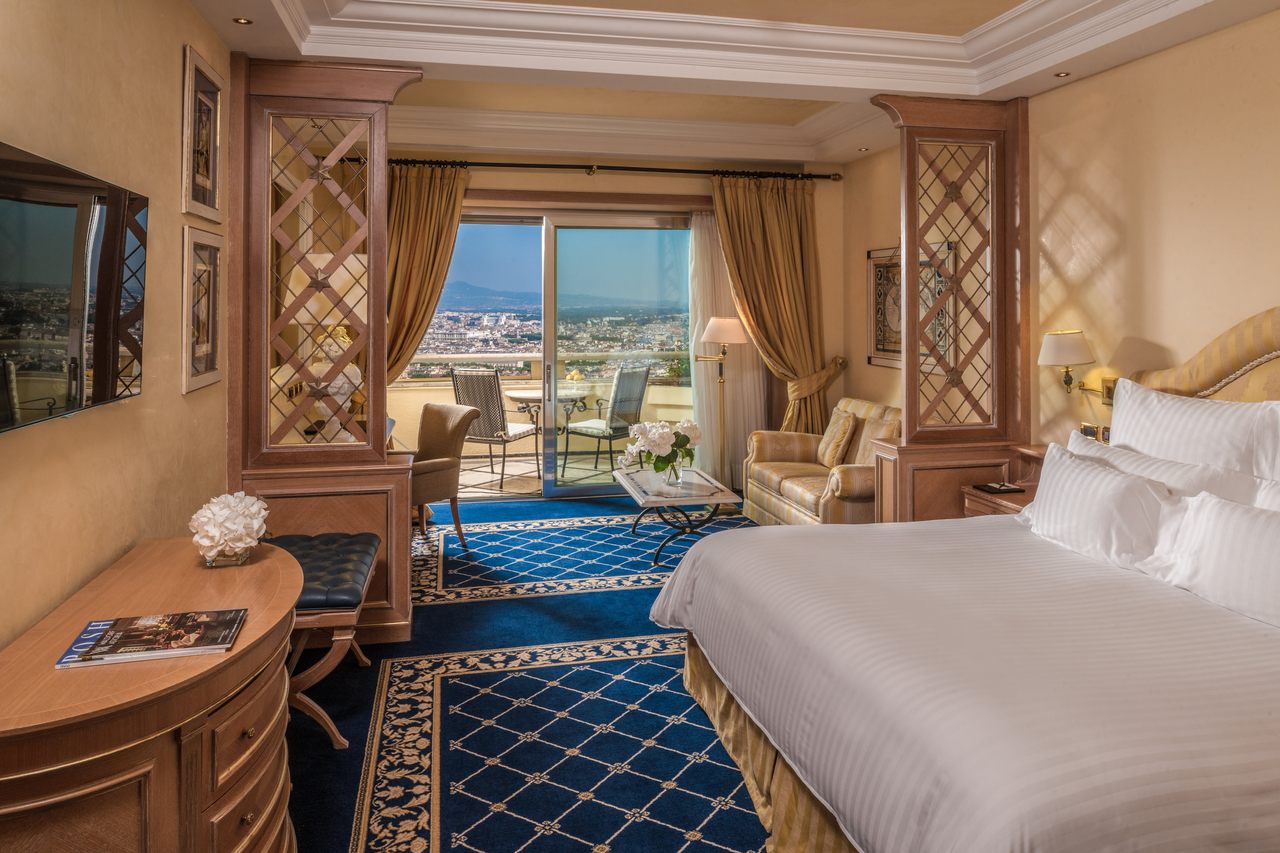 The best rooms at the Rome Cavalieri are those overlooking the city. Wake up in the morning, draw back the curtains, and soak up the unforgettable views.

Imperial rooms on the seventh and eighth floors come with private balconies, and guests staying in them also have use of the Imperial Club.

One of the main advantages of staying at Rome Cavalieri is that the rooms are much larger than those in the centre of the city. The decor is rich: imperial blue and gold dominate the colour scheme, the curtains are heavy, and there’s plenty of Italian marble in the huge bathrooms. 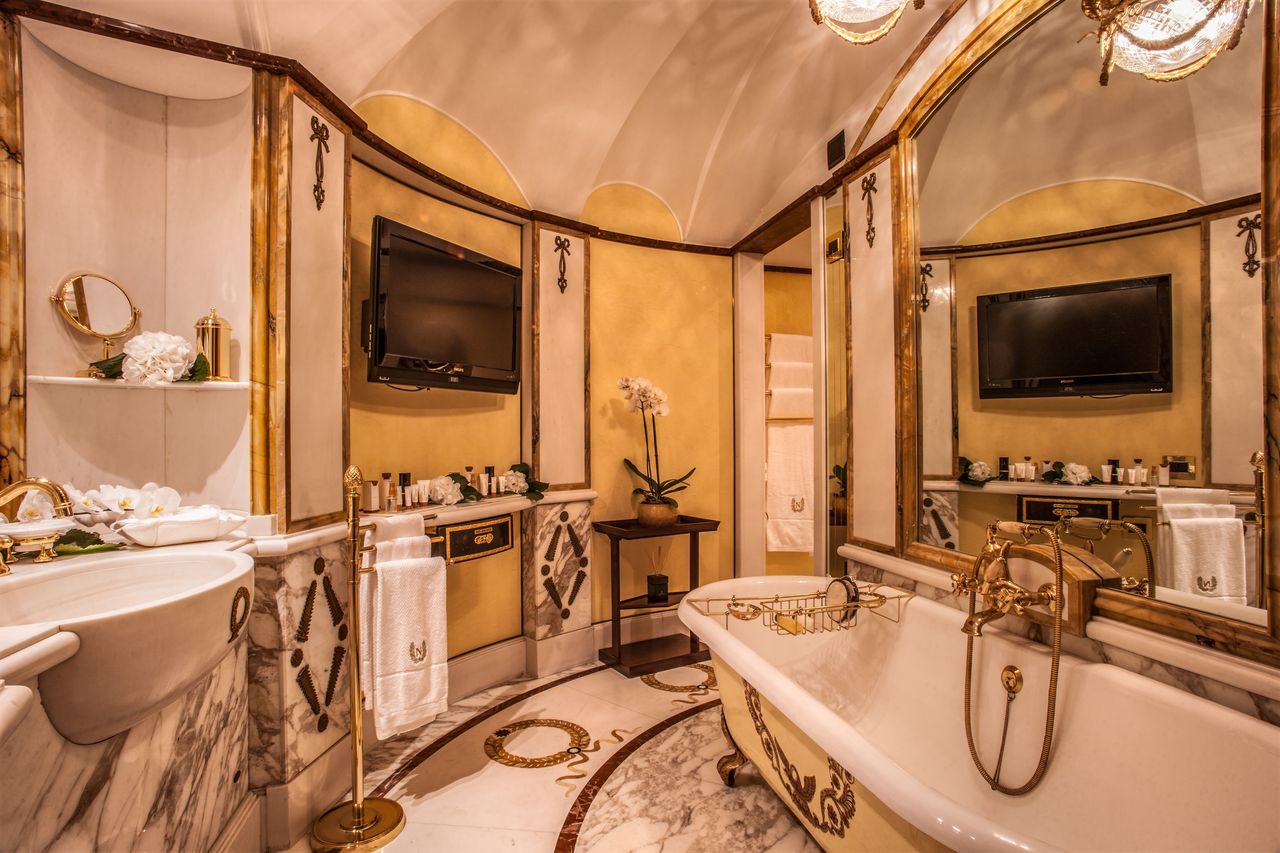 If money is no object, book Rome Cavalieri’s extraordinary Penthouse Suite. Karl Lagerfeld designed and once owned the sofas and chairs, four original artworks by Andy Warhol grace the master bedroom’s wall, and you can ascend through a retractable glass ceiling onto your own roof terrace to use the jacuzzi pool.

There’s just one restaurant in Rome with three Michelin stars: it is Heinz Beck’s La Pergola at Rome Cavalieri. The views are as sublime as the food, so even if you’re not staying at the hotel, it’s well worth making a reservation for dinner.

L’Uliveto is La Pergola’s little sister, and it’s a superb place to try traditional Roman recipes made with mouthwatering seasonal ingredients. Ask for the tasting menu with wine pairings: the spring menu is dominated by asparagus in various guises, and the seafood is also a treat.

Guests at Rome Cavalieri have a variety of choices for breakfast. A substantial buffet is served at L’Uliveto and can also be enjoyed outside on the terrace by the pool. A lighter selection is on offer in the Imperial Club, and of course, you can enjoy breakfast in your room, too.

Rome Cavalieri must have the best range of facilities of any hotel in Rome. 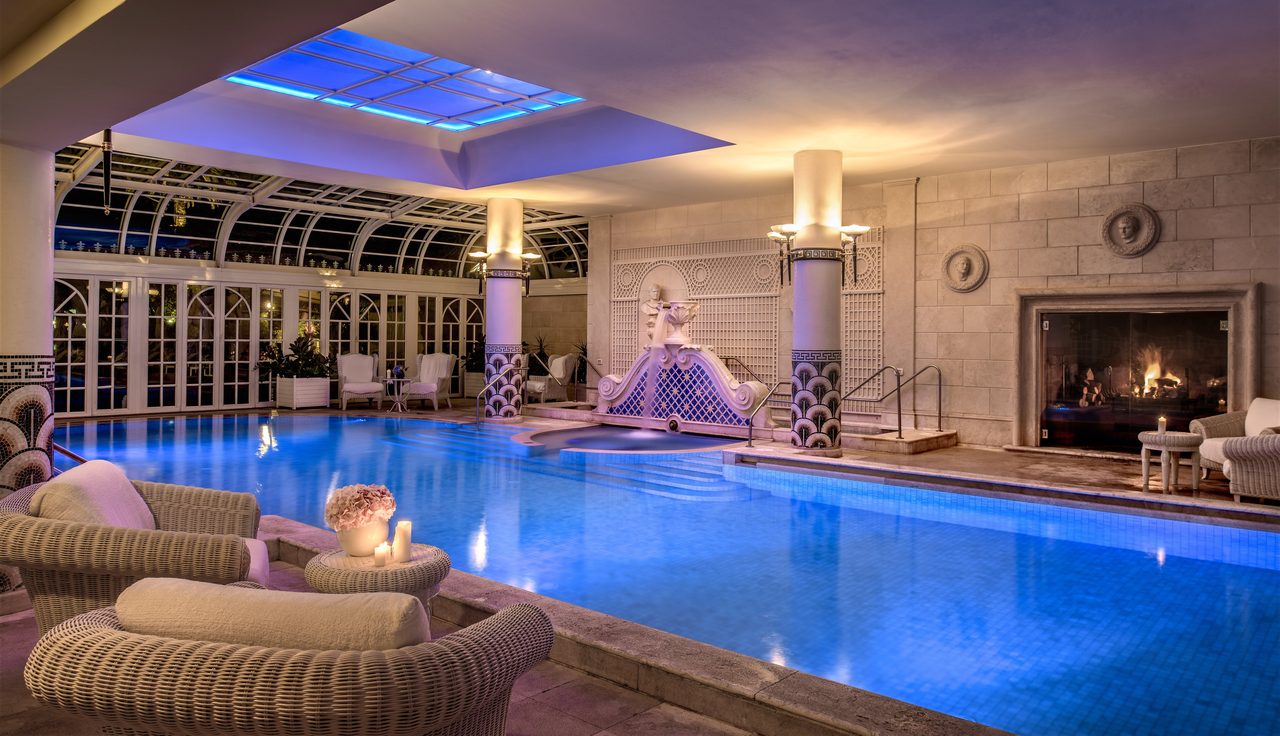 Two outdoor pools are set in extensive grounds, and if the weather is a little inclement, there’s an indoor pool, fitness centre, and spa as well. 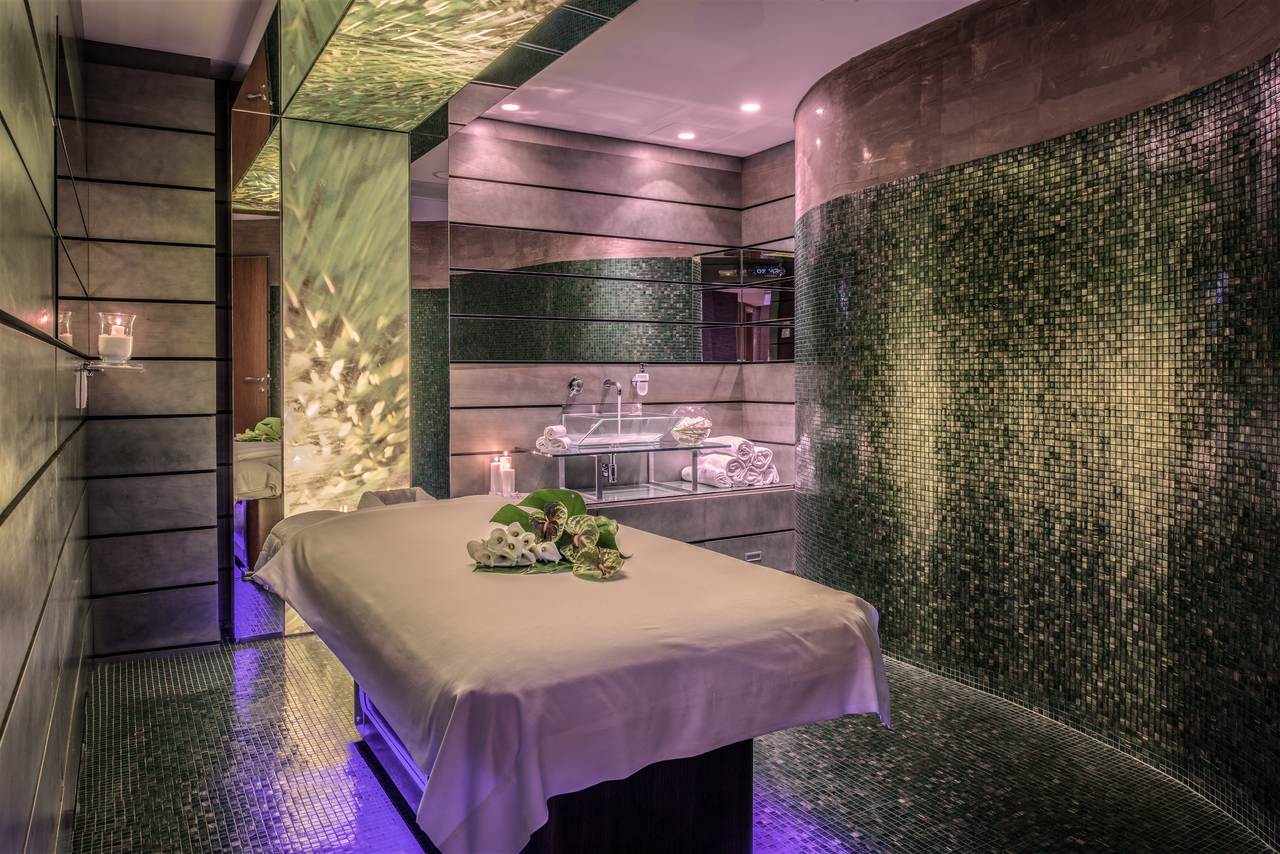 You can play tennis on the hotel’s two clay courts or, for something more adrenaline-fuelled, hire a Ferrari, Lamborghini or McLaren from the hotel’s super car collection and take it out for a spin.


Rooms at Rome Cavalieri start from €212 per night.

Rome Cavalieri operates a free shuttle bus between the hotel and the centre of Rome, so all the wonders of the capital are within easy reach. The Roman highlights – the Pantheon, Colosseum, Palatine Hill, and the Imperial Forum – are a must, as is St. Peter’s Basilica and the Vatican Museums. Inevitably, these sites are crowded, so book your tickets in advance online and plan to visit early in the day.