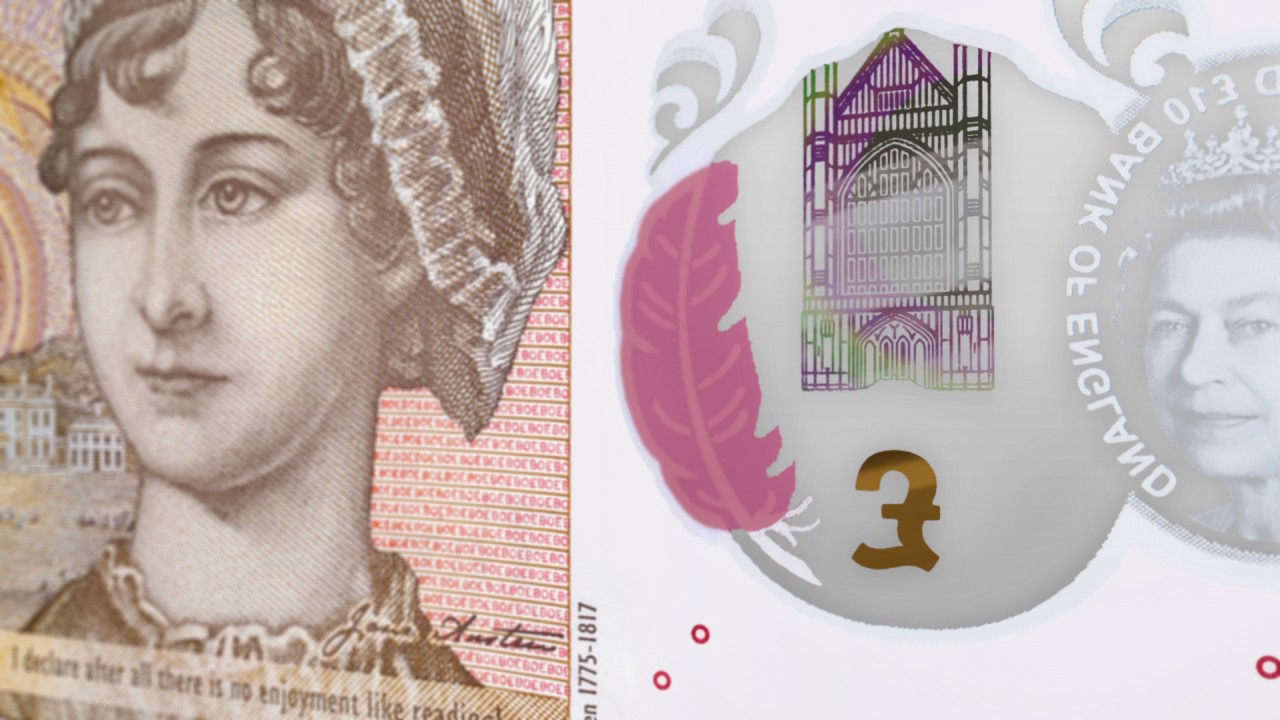 Britain will have a new £10 note in circulation by 14th September 2017. It features a portrait of one of Britain’s most prolific writers Jane Austen (which was commissioned after her death at the age of 41), and unveiled in time to mark the 200th anniversary of her death.

The unveiling took place at Winchester Cathedral where the writer is buried. A metallic image of the cathedral also appears on the note.

The writer is currently the only woman aside from Queen Elizabeth to be featured on any bank note.

Aside from its new imagery, the note will be made of polymer which can withstand a far greater level of wear and tear and it incorporates new security features that are harder to counterfeit.

It is also the first Bank of England note to include a tactile feature to help visually impaired people.

Speaking at Winchester Cathedral, the Governor of the Bank of England Mr Carney said:

The new £10 note celebrates Jane Austen’s work. Austen’s novels have a universal appeal and speak as powerfully today as they did when they were first published.

Meanwhile, a limited supply of a new £2 coin honouring Jane Austen has been put into circulation by the Royal Mint.

The coin only be available in tills at key locations in the Winchester and Basingstoke areas that have connections with Austen, including Winchester Cathedral and the Jane Austen House Museum. They will be circulated more widely later.

What are the security features of the new £10 note?